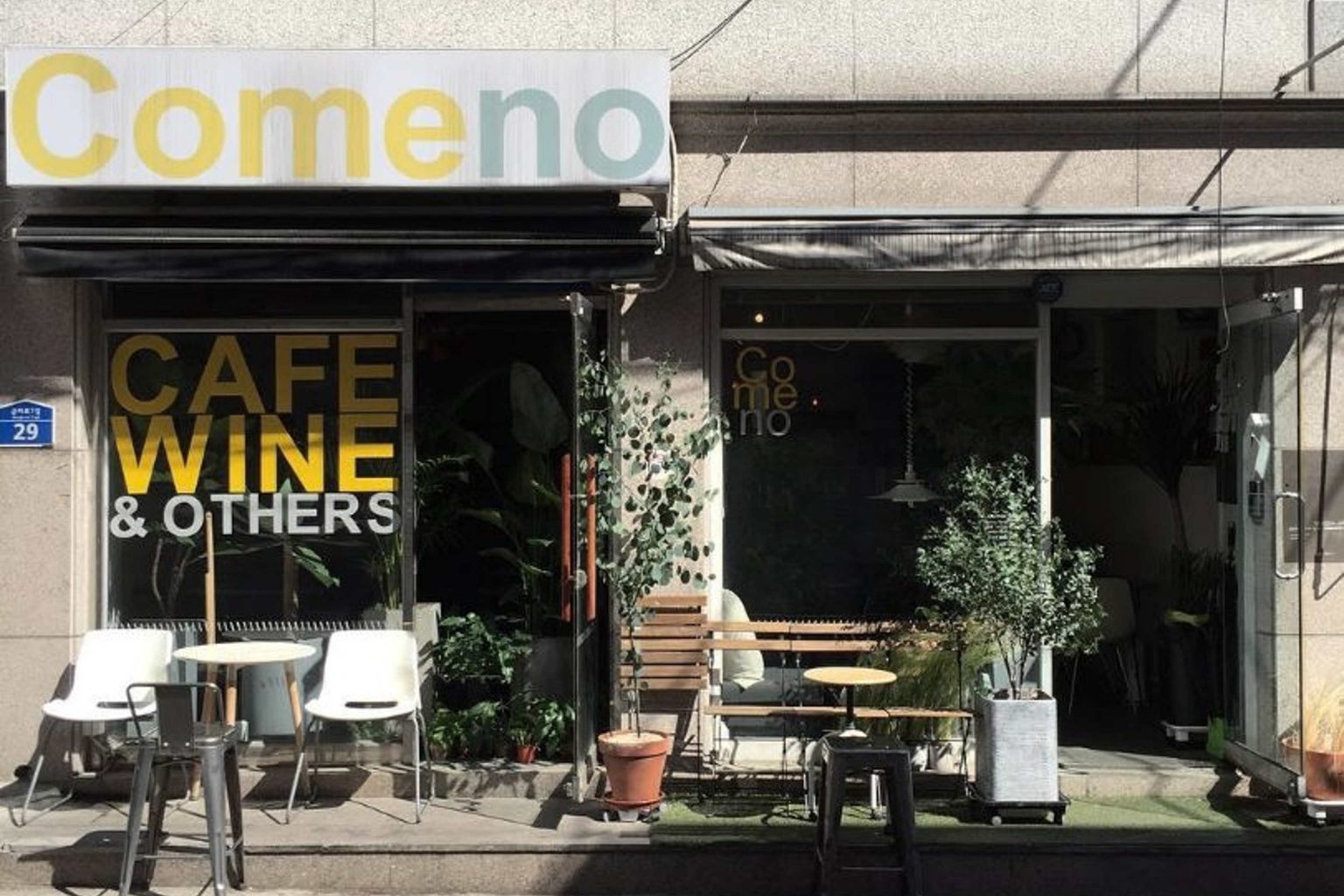 I found the cafe through a friend that used to live in the area, and if it wasn’t for her, I don’t think I would have ever found it by myself. Comeno Coffee Bar is a small establishment owned and run by a middle-aged man. I found him to be very kind and patient when explaining their most popular menu items.

His cafe was decorated with simple, yet modern furniture. Plus, all of the plants in the small place added a lovely touch of nature. It truly is the most chill place in the neighborhood to relax and study.

I arrived at the cafe around 11 pm, and it was surprising finding a place like this open so early and filled with customers, although it was not very big.

Although popular from early hours, the place has especially chill vibes at night. They also project scenes of movies and music videos on one of the plain walls, so it was the perfect spot for some photos, especially with lower lighting.

From coffees to nice desserts, and even cocktails, Comeno did not disappoint.

I was ready to commit to a chocolate night when I ordered the hot chocolate (choco latte) with a “Fondant au Chocolat”, which is a kind of cake. However, the owner made sure to tell us that the flavors would overlap, and suggested another option. But, I let him know that I didn’t mind having a chocolate overdose and went with ordering both at once anyway.

The cake was honestly amazing! It had been a while since I had eaten a “lava cake” kind of dessert. Ten out of ten! I would recommend it to anyone who likes chocolate which, let’s be honest is 99% of us. Also, the latte is made with real chocolate, so it was great!

The prices for coffees ranged from 3,500 Won for an espresso, to 5,000 Won for a shakerrato or hazelnut latte. For the non-caffeinated drinks, they also had chocolate, matcha, and milk teas all for 5,500 Won. They also had normal teas for  5,500 Won and fresh fruit juices at 6,000 Won. If you want a cocktail, they have both alcoholic and nonalcoholic options. They range from 6,500 Won to 9,000 Won

Now for desserts! When I went there Comeno had Fondant au Chocolat and Tiramisu. Both seem great and I will definitely go back to try the Tiramisu. Both go for 6,500 Won.

Comeno Cafe in Seoul was a great neighborhood place to spend some time. I can tell that locals really enjoyed this cafe. Their hot chocolate and cake are definitely worth a second visit.

If you’re looking for a place to eat a nice meal after spending a day at Comeno, I recommend trying Spiced Cafeteria. Click Here to learn more about the local vegan fusion restaurant. Even if you aren’t vegan it’s super delicious!