If you are a Kpop fan, surely you already know about the different Kpop music shows in Korea where Kpop idols showcase their new songs. Music programs invite different Kpop groups to perform in front of their fans which they also broadcast on television and online platforms. The best thing about attending Kpop music shows is that the admission is absolutely FREE. Fans just need to comply with the requirements which differ per show and per groups who are recording.

This is such a good opportunity for fans to watch their favorite Kpop idols and possibly interact with them. Some Kpop agencies even provide exclusive and limited-edition merchandise such as photo cards to those who attend the group’s recording. However, for foreigners, especially those who don’t understand Korean language, getting into music shows is quite difficult. Hence, here’s a detailed guide on how foreign fans who are in Korea can attend Kpop music shows.

If you are in Korea and you wish to attend a Kpop music show but can’t decide which day, don’t worry because there are music shows from Monday to Sunday.

How to Attend Kpop Music Shows

There are different ways on how you can participate in Kpop music shows recording. It differs from the show’s rules and fan club.

Apply as a Fan Club Representative

Most of the music shows have two recordings where they need limited number of representatives from the fandom. These are the Pre-recording and Live Show. Pre-recording is a recording process that where they record the Kpop group’s performance in advance. The recording will be edited and then aired during a live show. It is usually done early in the morning until they finish recording all the groups. During a pre-recording, there is an allotted time per group. Hence, if you only want to watch a specific group then pre-recording is the best for you.

For pre-recordings, Kpop group’s official fan club usually share the details through their official fan café. It has the location and time of the pre-recording and the number of people needed. The announcement also has with the link to the application form that you have to fill out. It would usually ask for your Name, Birthday, Mobile Number and Official Fan Club Membership ID number. Here is a sample announcement from a fan café:

All who register get a number and the first ones (fastest) up to how many participants are needed are the fans who can attend. For example, if they only need 50 people then, the first 50 persons will have a sure slot. But remember to only enter your details on the specified time or else your application will be void. For example, if the announcement says that application starts at 6:00 PM, only submit your form at exactly 6:00 PM onwards.

On the day of the recording, you just have to go to the venue. Then look for the fan club representative to confirm your attendance. This is where they check your eligibility based on the standard requirements. The requirements usually vary per Kpop group but these are some of the basic things that you must have:

If there are fans who don’t show up on the recording day, they can still accept those who are on the waiting list. Sometimes they also accept the fans who show up early to the venue with complete requirements even though they are not on the list.

Live show is basically a live broadcast of the music show. Compare to the pre-recording, it features all the performances of the Kpop idols who are the scheduled guests of the day. It is recorded at the same time that it is aired in the television so the schedule depends on its airing time since it’s a live show. Some music shows require application on their respective website one to two weeks before the live show date. Winners are chosen randomly.

An example is applying as an audience through the website of KBS. If you will apply as an overseas foreigner, make sure to register when you are not yet in Korea. The site only accepts application for overseas foreigners whose IP address are outside of Korea. Applying online doesn’t guarantee a slot but you can still try. In addition, each ticket winner will receive 2 tickets, so you must provide the name of your accompanying guest when applying for tickets online. Both guests must present a valid ID on the day of broadcasting in order to be admitted to the studio. The website is in English but you can use a translator to help you.

SBS INKIGAYO and THE SHOW

Meanwhile, you can also try your luck using SBS’ website or mobile app for SBS Inkigayo and The Show. The website has an English option but if you are signing up as a foreigner, make sure to do this while you are not yet in Korea. On the website or app, click the 방청신청 이벤트 (Audience application event) banner and look for Inkigayo and The Show. Note that there are specific days only on when you can apply.

Another option is just to buy tickets from Klook. It is a guided tour to MTV The Show which costs 90,000 Korean won. Buying this package gives you a sure seat on this specific music show. They also give souvenirs to all the participants.

Wait for the Kpop groups’ arrival and departure

If you fail in ensuring slots thru fan club application or show’s audience participation, and you do not want to spend for a show package, then you can just wait for the group’s arrival and departure on the day of recording. Anyway, you have 7 Kpop music shows to choose from. But if you plan to just wait for them, I suggest that you go to Music Bank in KBS Building. You can have a chance to see your favorite Kpop idols there on their pre-recording in the morning and live show in the afternoon. Note however that KBS has another building where they sometimes film Music Bank so make sure to check for any changes on the venue. Here are some of the fan cams of Kpop groups’ arrival and departure from Music Bank pre-recording and live show:

You can also take your chance to wait for your favorite Kpop idols during M! Countdown recording. However, the chance of seeing them is smaller compare to Music Bank. It is because CJ E&M building has an elevator that goes down to the basement to where most of the Kpop idols park their cars. Although some artists still go to the lobby and greet their fans. Here are some fan cams from M! Countdown:

Depending on season, sometimes there are tour companies and local tourism offices who offer FREE admission to Kpop Music Show concerts. In 2019, we joined a tour to Hanwoo Festival with a free concert in Gangneung which is actually a live show of KBS Music Bank. It featured several Kpop artists such as Twice, Red Velvet, Seventeen, NCT Dream, CLC and many more. Here are some of the fan cams from that event.

If you love FREE ways on how you can meet your favorite Kpop idols, you can see them thru Open Radio Shows too! But if you are willing to spend a little bit more, try joining a Fan Sign Event and get a chance to talk to them and shake their hands. 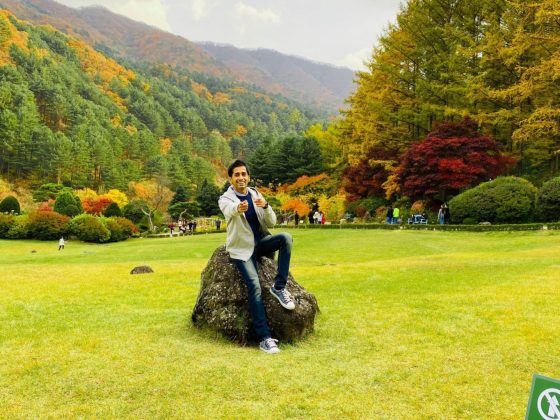 The Garden of Morning Calm – The perfect nature getaway 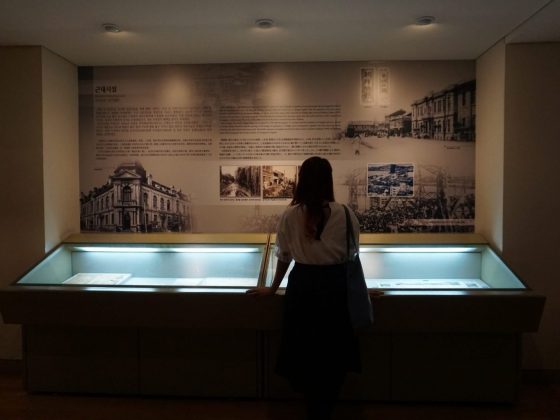