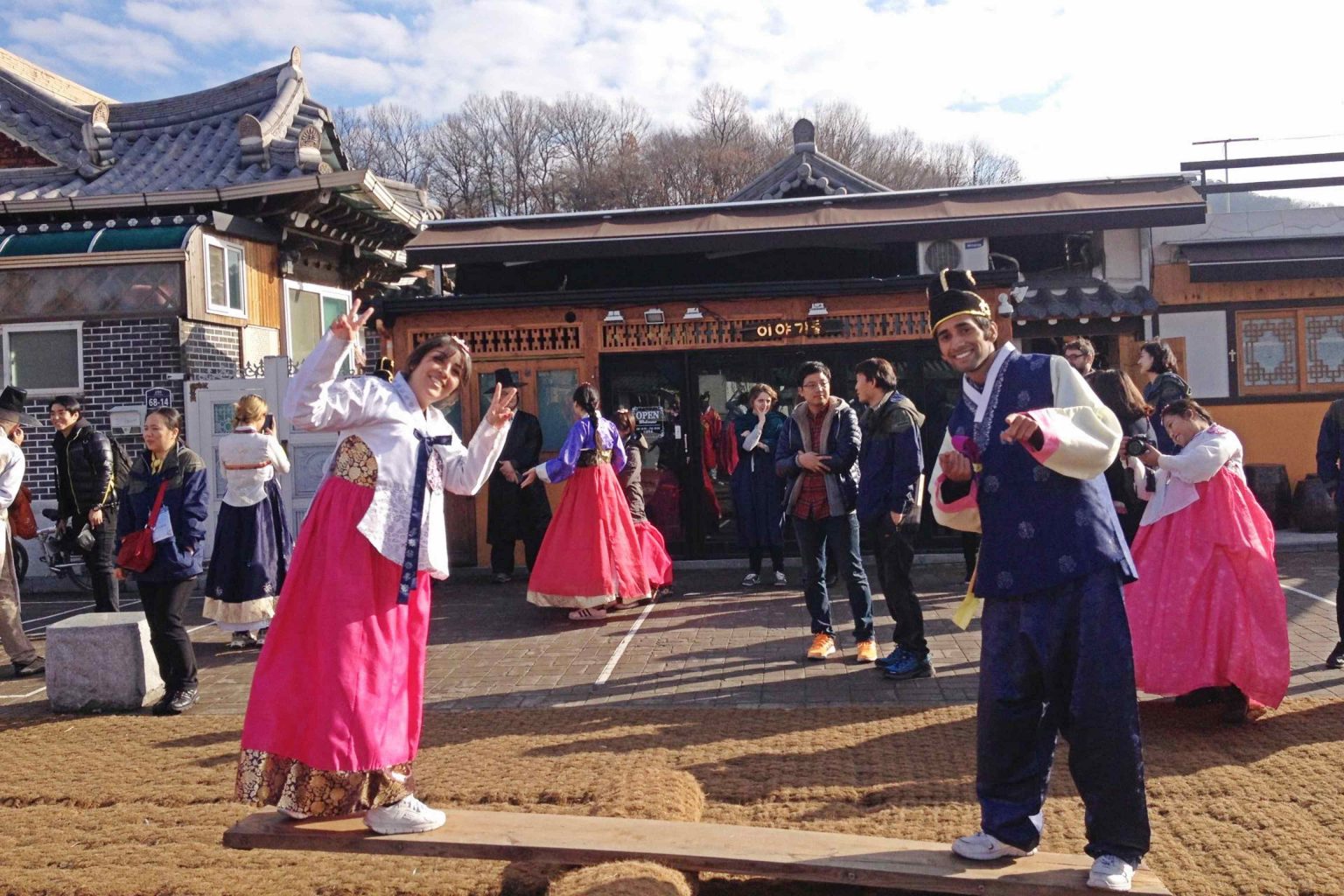 What to Do During Chuseok in Korea as a Foreigner

Chuseok in Korea, the Korean Mid-Autumn Festival, is one of the most joyful and cheerful times of the year. This year, 2022, Chuseok will be held from September 9th to September 12th. Koreans travel to their hometowns to spend time with family and friends, as well as to celebrate the occasion with food, wine, and fun activities. But, for foreigners without family in Korea, you may be wondering what you should do to celebrate. Well, here is what I did last year.

The Importance of Chuseok

Chuseok in Korea is a national harvest festival that is an important part of the country’s culture and history. The full harvest moon shines brightly in the sky on this day, as families gather to spend time together and express appreciation to their forefathers for a plentiful crop. 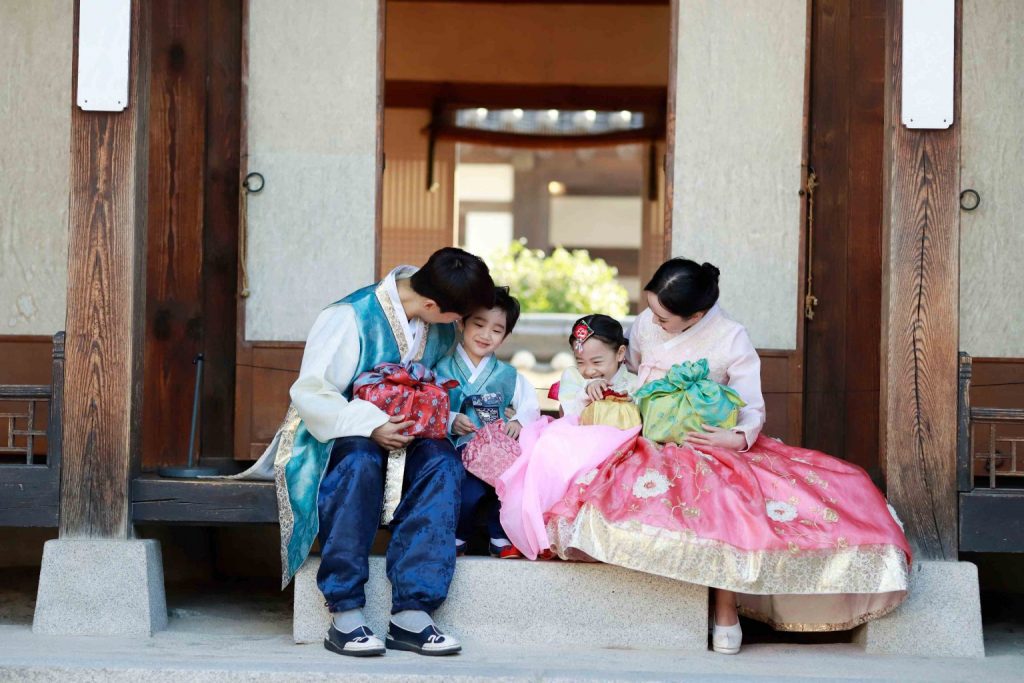 Chuseok, also called Hangawi in old Korean. Gawi means “The idea of the eighth lunar month of autumn” and Han means “large”. The harvest moon, the year’s largest full moon, appears on the 15th day of the eighth month according to the lunar calendar. Along with Seollal (Korean New Year) and Dano (Sky Celebration), Chuseok is one of Korea’s three major traditional holidays.

History of Chuseok in Korea

Chuseok day in Korea has its origins traced back to Korea’s agrarian past. The first documentation of the holiday dates back to the Samguk Sagi, a compilation of historical records from the three kingdoms period. The third king of Silla, Yuri, is recorded as having declared Chuseok a holiday in the year 32CE.

However, the holiday is thought to have originated as a shamanic worship rite in which people expressed gratitude to the harvest moon, local agricultural deities, and ancestors before it was declared a national holiday. Farmers would give their produced crops to their ancestors as a token of appreciation and respect, believing that by doing so, they would be able to weather the coming winter with warmth and plenty of food, as well as reap a bountiful harvest the following year.

Koreans love this holiday because of the time off from work and school it brings, and the opportunity to spend time with family. As Koreans return to their hometowns for the break, they generally get three days to relax and unwind from their stressful lives. In the year 2022, Chuseok in Korea will begin on September 9th and end on September 12th. 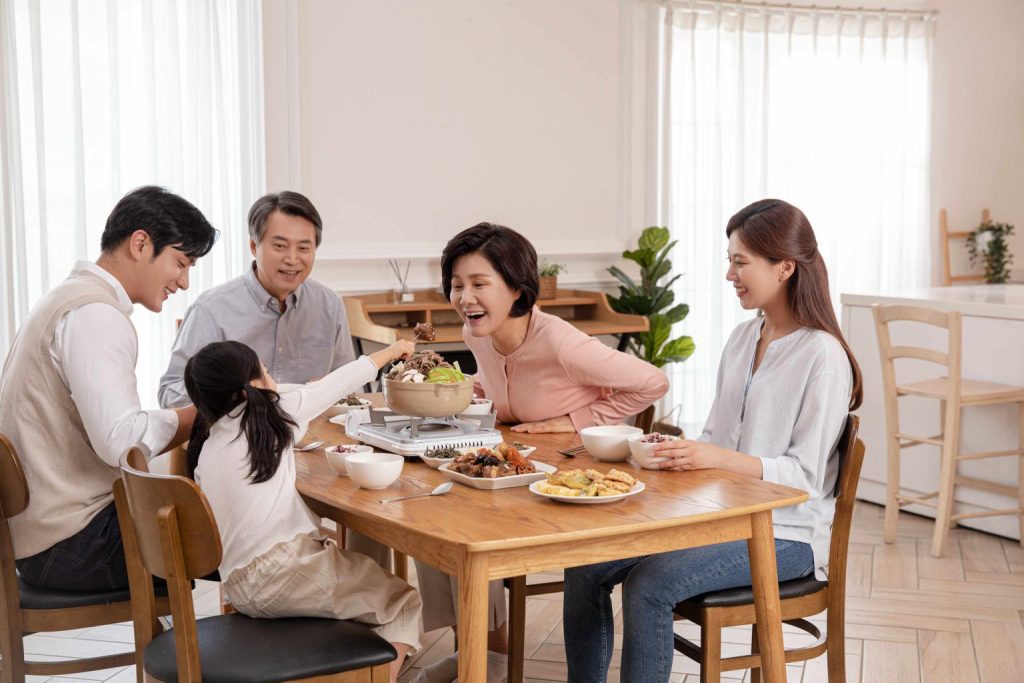 It generally occurs towards the end of September and the beginning of October. However, the date of the holiday changes every year, because it coincides with the lunar calendar rather than the common calendar we use now.

What Koreans Wear on Chuseok

Every event requires you to look attractive and presentable. Chuseok is a Korean celebration in which traditional clothing is extremely significant. The Hanbok is their traditional dress.  Let’s break it down for you so you can comprehend it better.

The three types of hanbok are regular, ceremonial, and special clothing, which is further separated by gender, age, occupation, and season. Regardless of the variations in these categories, all hanbok have a common aesthetic framework based on the Korean love of nature, a yearning for supernatural protection and Favours, and the Confucian clothing code, which emphasizes propriety and primary colors.

Lots of people like to take celebrating Chuseok in Korea as an opportunity to wear Hanbok. However, it is mostly done for fun, rather than being obligatory. Most people just wear normal clothes during the holiday.

What to Do During Chuseok in Korea: Historical sightseeing

There’s no denying that Korea is rich with historical places, and what better time to go than during Chuseok? 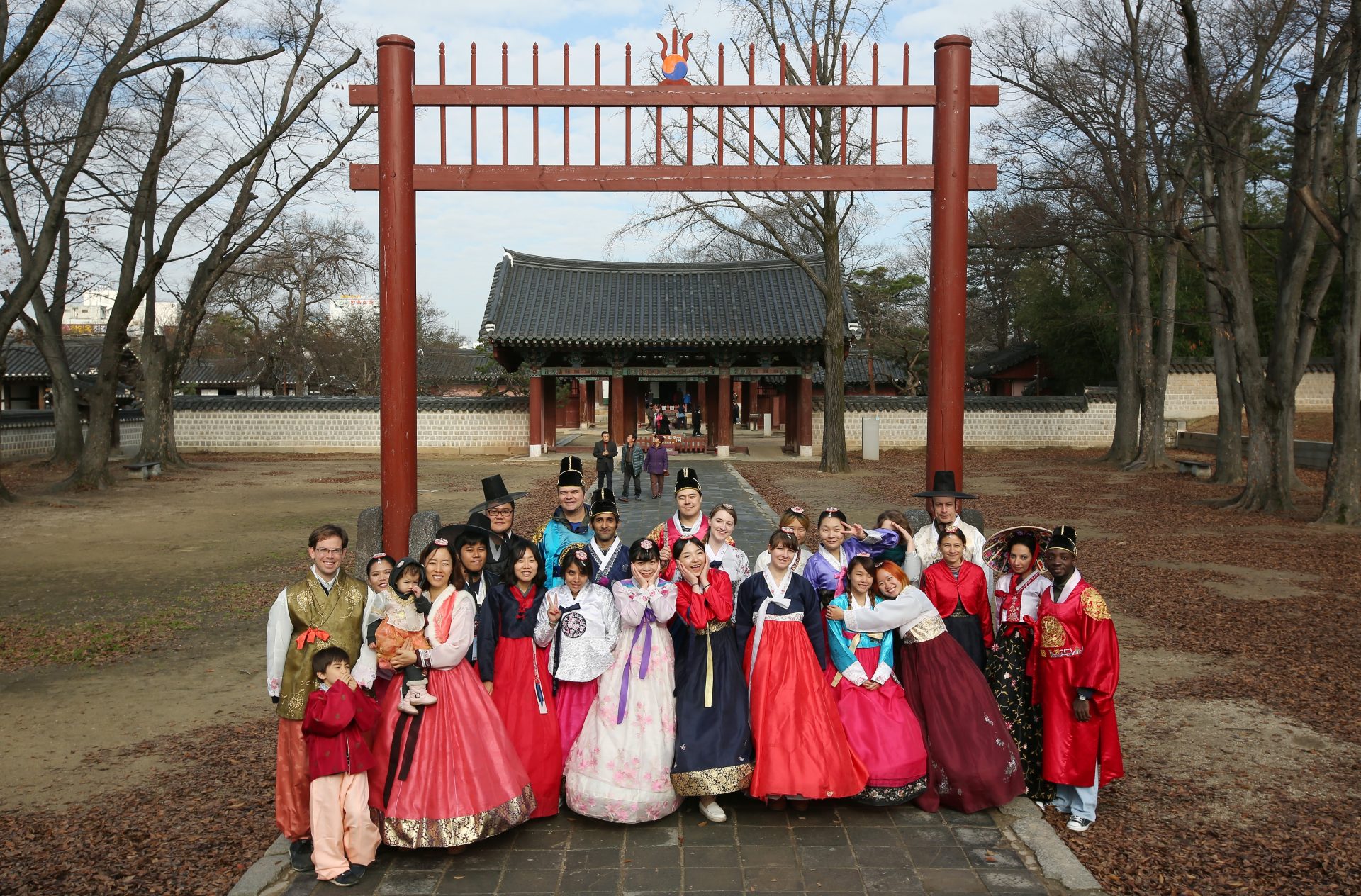 For starters, during Chuseok, Namsangol Hanok Village, near the North Seoul Tower, offers free events such as making tteok (rice cake) and Charye ancestor ceremonies. Rice, wine, and rice cakes are made as offerings to a family’s ancestors at these ceremonies. As a result, you will be able to participate in Chuseok traditions.

Gyeongbokgung Palace is another historical place worth visiting. This palace is without a doubt one of the most gorgeous locations I’ve ever been to in Korea. Everything about it, from the building to the people dressed in traditional Korean clothing, is breathtaking. The price of entry is also quite low! It costs only 3,000 won per person, and entrance is free if you wear hanbok (traditional Korean clothes). While you’re in the neighborhood, visit the National Folk Museum, which hosts seasonal activities and games as well as provides an opportunity to learn more about the country’s traditions and folklore.

What to Do Chuseok in Korea: Traditional Games & Dances 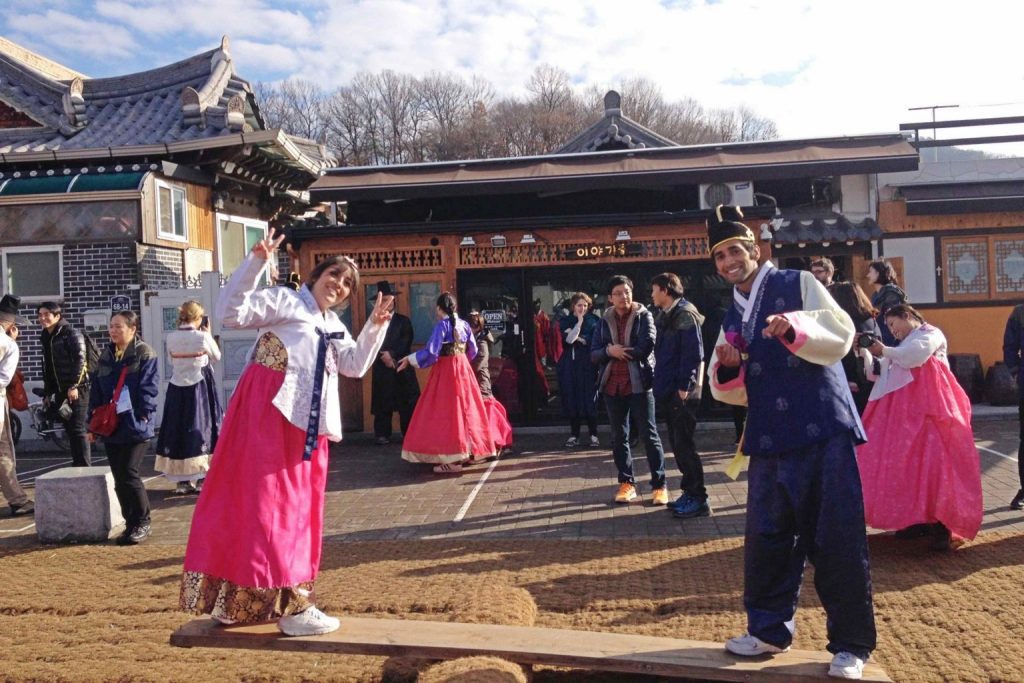 At most Buddhist temples and community centers, there will be free activities available during Chuseok. Check with your local global village center or temple for more information.

What to Do During Chuseok in Korea: Eat!

Chuseok in Korea is a fantastic opportunity to taste some of the more traditional meals associated with the holiday. Some of the foods eaten at Chuseok are as follows:

Bibimbap, when I see this meal being prepared, it is always very aesthetically beautiful. This is because the components contain five Korean cardinal colors (white, yellow, green, red, and black). There is no need to be concerned if you are health conscious because this meal always contains a range of veggies.

Songpyeon is a Korean rice cake with a variety of fillings, such as sugar or red beans. These are generally in the shape of a half-moon. Traditionally, they are steamed on a bed of pine needles, giving them extra flavor.

Jeon is Korean pancakes. These are commonly filled with shrimp and green onion (haemul jeon) or kimchi (kimchi jeon). But they may also be stuffed with batter-fried summer squash and Pollack fish. 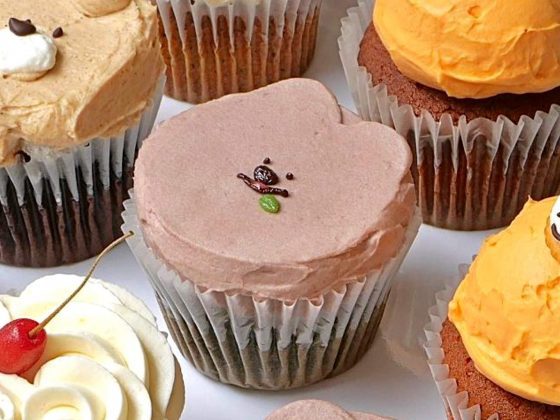 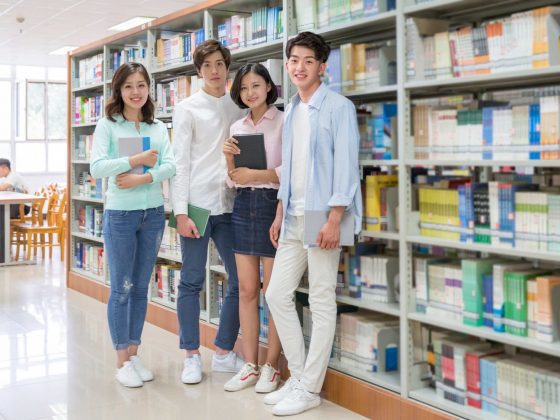