What is Aegyo? Cute or Weird?

Have you noticed this tendency for adult Korean women to sound like spoiled brats when talking to men in Korean dramas? This “act” is called aegyo in Korea, kawaii (Japan), and sajiao (China). The purpose of aegyo is to act adorable to convince others to do what you want them to. But what is aegyo? And, why is it a desirable characteristic for modern women to act like cute, innocent, spoiled babies?

Table of Contents
The Obsession with Youth
What is Aegyo?
How to Pronounce Aegyo
Aegyo & K Dramas
Personal Experience
Final Thoughts

The Obsession with Youth 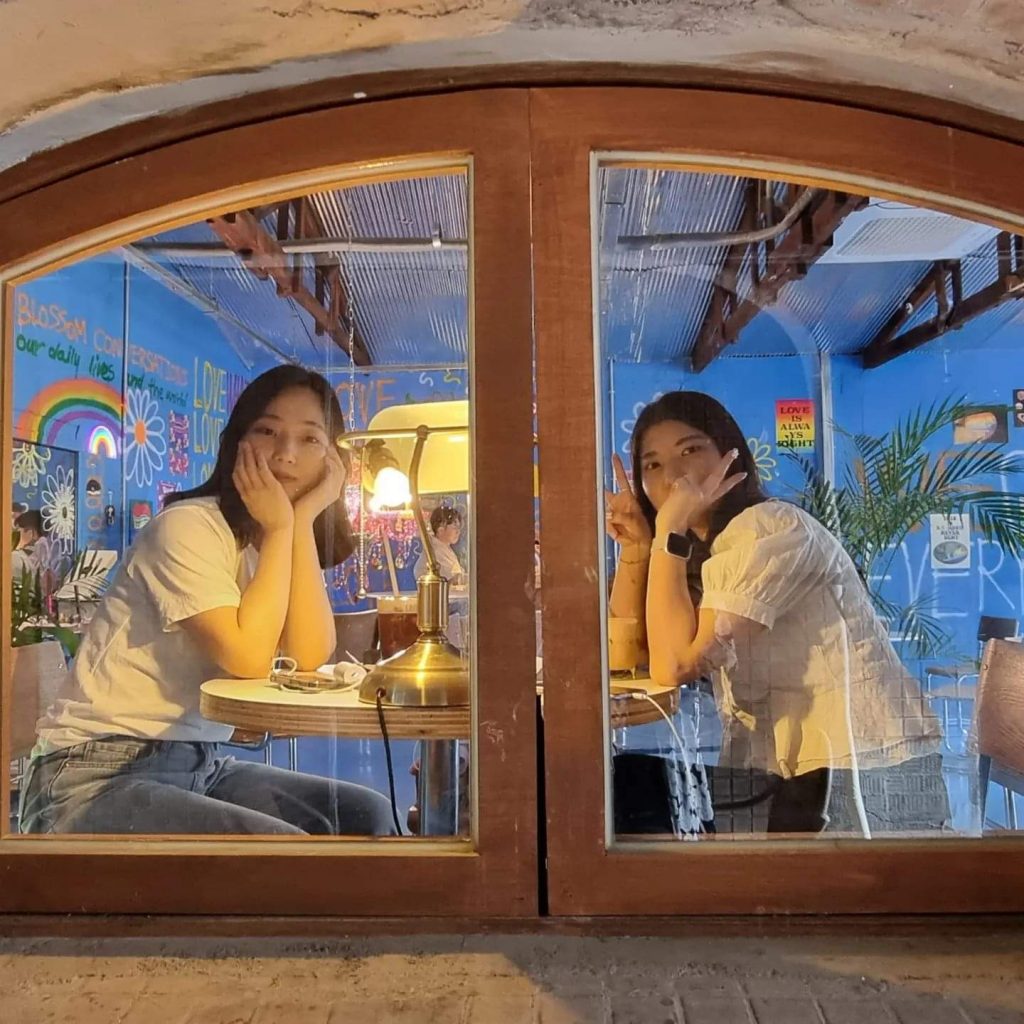 I don’t think I can discuss aegyo without talking about how much Korean TV bombards us with school uniform-wearing adults and women who are surgically enhanced to look younger. I admit Korea doesn’t hold the patient on obsession with youth. It’s worldwide. However, Korea does punch you in the face with it.

I remember the first time I became curious about Korea’s obsession with youth. I met with a group of Korean women and they asked me my age. That day I learned that age was one of the many indicators that would determine my place in Korea’s hierarchy. Age made me deserving, or not deserving of my friends’ respect. I’ve been curious about age in Korean culture ever since. And that curiosity has manifested itself in several different ways over the years.

I am older than my husband – 8 years older. And to his Korean friends, that’s baffling. They all have much younger wives than themselves – now that’s baffling to me. But I digress…

The latest topic that has caught the attention of my fascination with age in Korean culture is aegyo. I was caught off guard when a very intelligent, well-respected woman I know Benjamin Button(ed) in front of my very eyes in order to get a seat at a crowded restaurant. I was speechless. 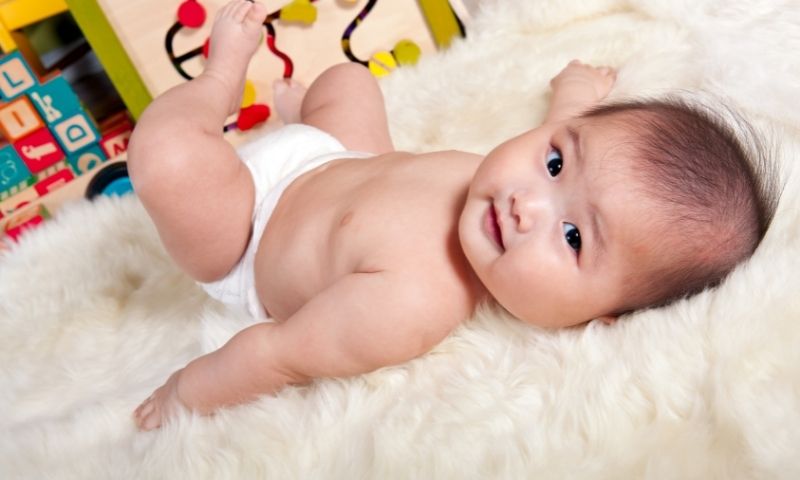 I may be wrong, but from what I read, aegyo initially referred to cute babies and pets. Initially, women performed it at home to “negotiate” with their husbands and children. The traditional purpose was to act adorable, especially to get your way or to sort of tease those around you.

However, now Aegyo has a more broad definition and refers to anything from subtle to any over-the-top cute displays of affection expressed using changes in speech(often high-pitched), facial expressions, and gestures. Basically, aegyo means flirt – and don’t hold back.

According to the Korean Herald:

Traditionally, aegyo is associated with women making cute gestures, speaking in high pitched voices and using the third person, but the word has taken on a new meaning as a wider range of television celebrities are showcasing their aegyo, regardless of their gender or age

How to Pronounce Aegyo 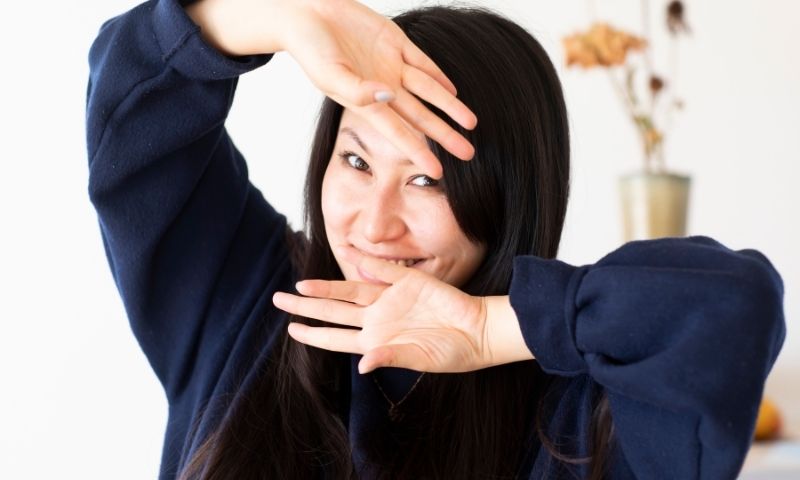 The word 애교 (aegyo) is pronounced similar to “egg-yo.” However, it should sound a bit more like “e-ggyo.” Click the link for Google translate pronunciation help.

It’s Why I Watch

The most exaggerated cases of aegyo are still the Kdramas. And it’s funny, but I wouldn’t have it any other way. That’s one of the reasons I watch them in the first place. Kdramas are all about exaggeration – speech, hand gestures, and eye-rolls. I just didn’t know there was a word for it. And, there is! Welcome to aegyo.

In Korea, the act of aegyo is regarded as cute, endearing, and charming when performed correctly by most people in the Korean culture- but not all. Some Koreans feel the same way I do.

A few years ago my husband went to a norabang (karaoke bar) with a few of his Korean friends. They were having a good time, singing, drinking, and laughing like they always do.

Then it got weird. One of his friends sang a love song and kinda directed it toward my husband. He included cutesy finger & hand hearts, shoulder rubs, and two too many I love you’s for comfort. He might even have blown a few kisses his way before it was all over.

Granted. There was a lot of alcohol involved that night. Regardless, those definite signs of genuine affection were just too much for my husband to handle.

Anyone can use aegyo. But I think women and entertainers use aegyo the most. I also believe there is a distinct difference in the perception between my Korean and Korean-American friends.

I get it though. Korea is STILL a highly patriarchal society. Women will use what works for them in a society that isn’t always built for equal opportunities. I’ve experienced the dismissal that inevitably surfaces in certain situations. I’ve had repairmen completely ignore me in my own home until my husband validates my authority.

And while I hate to criticize any aspect of a culture that’s not my own. I do have a few thoughts on the subject.

The first one is… is it serious, or is it just playful banter? I am getting mixed messages from my friends. If it’s just pillow talk between lovers – go for it. Otherwise, it just seems a bit disingenuous.

It’s not cute. It seems silly at best, and harmful to young developing minds, both boys and girls, at worst. It puts otherwise strong and intelligent individuals in a position where they feel they need to act like children in order for people to listen to their thoughts and ideas.

For these reasons, I personally think it’s weird to see people use aegyo. However, if you do go the pro aegyo route – hate on me if you like, but men and women should be equally subjected. If the hair, makeup, and plastic surgery aren’t weird enough to you, then you shouldn’t mind a little bro on bro aegyo either.

I am curious, what do you think? Am I over-thinking this? Let me know in the comments below!

Want to dig more into the Korean psyche? Click Here to read about the MBTI craze in Korea and decide for yourself if it’s gone too far.

From Chinatown, to Wolmido Beach, Inc...
How to Register for TOPIK in Korea – ...
A trip to Gangneung
A Cherry Blossom Adventure Pt.1
Interesting things at Naganeupseong _...
Attending Concerts in Korea – What To...
Haneul Park a getaway in the middle o...
Seoul Forest
Total
2
Shares
Share 2
Tweet 0

Taking the TOEIC Exam in Korea