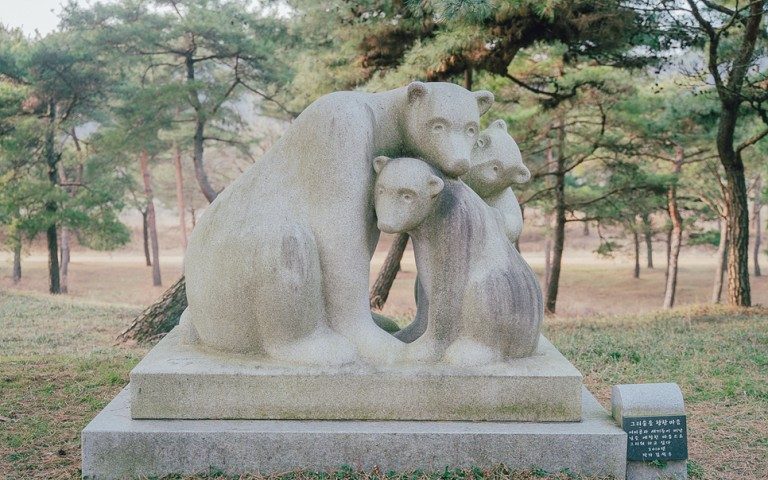 So, You’ve probably heard of werewolves, right? Well, Korea has werebears and they live in Gomanaru Pine Forest. Here, in this magical forest, an ancient and tragic love story took place between a werebear and a man lost in the woods.

Table of Contents
The Legend of Gomanaru’s Werebear
The Forest

The Legend of Gomanaru’s Werebear

There are many variations of this tragic tale. However, I will tell you the version that was first told to me.

A long long time ago, back before the peninsula was united, a man wandered into the woods. He entered the woods near Gongju and lost his sense of time. The man found himself in a daze, hiking along paths he no longer recognized. He kept walking, hoping to come across a stream, a village, or another human being so that he could return to civilization.

However, no matter how long he wandered, he couldn’t find his way out of the forest. The man got tired and weak. Finally, he collapsed among the trees, unconscious.

When he woke, he was immediately startled. He found himself face-to-face with the most beautiful woman he had ever seen. But, he was too weak to pay her much mind.

Exhausted and on the brink of starvation, he asked her if she would be willing to spare him a plate of food to recover his strength. The woman agreed and took the man to a nearby cave, where she prepared a simple meal.

Touched by the gesture and the beauty of the woman, the man fell in love. Then, he embarked on a relationship with the mysterious woman. He stayed for many years and the couple had two kids together. However, he still knew very little about the woman he loved. Why was she all alone? Where did she go in the early mornings?

And so, the man decided to follow his love one early morning after she left the cave. What he saw terrified him.

The woman who he had lived together with for years and had two kids with transformed into a gigantic, ferocious bear. Stunned by the encounter, the man ran away terrified. He ran and ran until he came to a river. Knowing that the river would take him out of the forest and back to civilization he jumps onto a small raft. 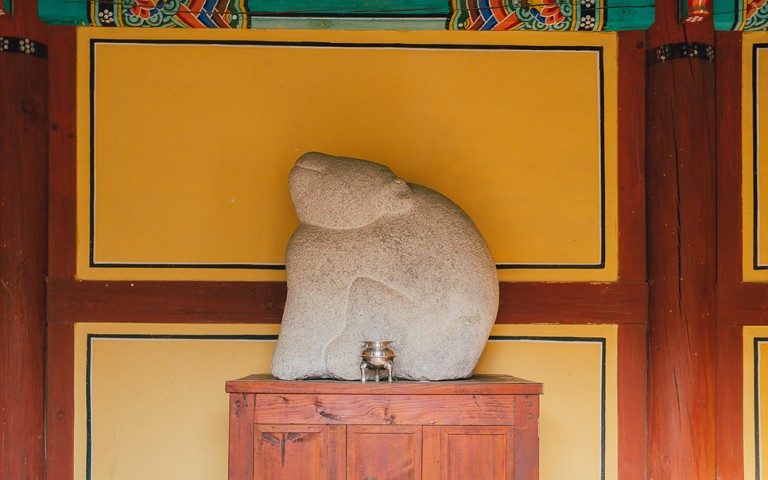 Since then, the area has been cursed. Legend has it that the river, known as Geum River, had a long period in which it no longer provided food to villagers. There were no more fish to catch or river vegetables to harvest. The result was a period of famine.

In order to stop the famine, locals built a temple in honor of the werebear. There, people would set up offerings and pray for the werebear’s soul to be at ease so that the river would return to its former glory.

The forest, which name came from the old word for “princess” and sounds like the modern word for bear, is home to hundreds of pine trees that create a picturesque scene. Flowing through the middle of the forest is Geum River and it is located on Mt. Yeonmi. 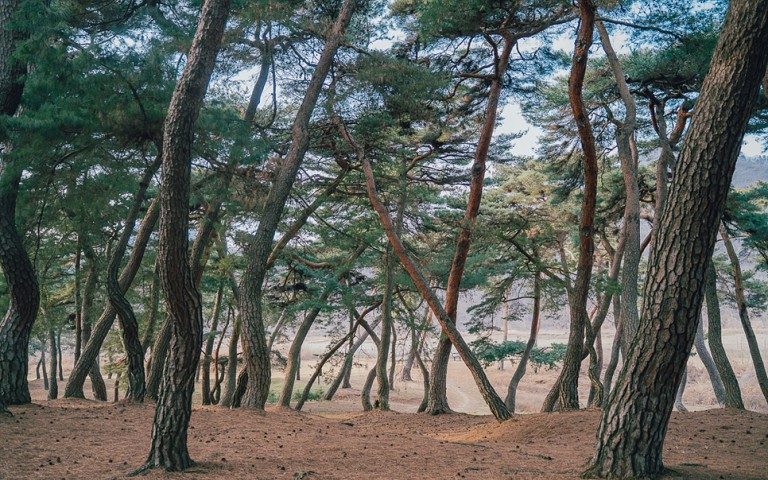 Spring is the best time to visit this beautiful mountain forest. Is not too cold and you can see the flora at its finest.

The forest itself is not super big so you can definitely make it a morning or afternoon visit. The path through the forest is less than 0.5 km across (many different paths though) and around 45,000 m2. 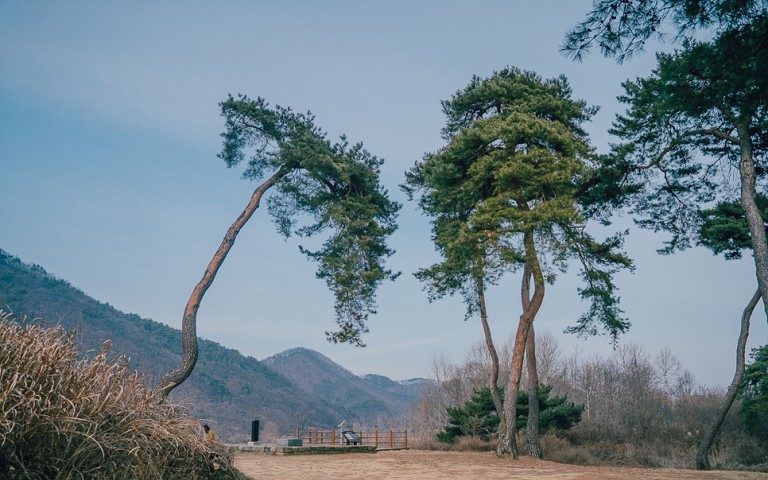 In the middle of the forest park, you can find a little temple with a werebear shrine inside. It is the same spot where locals have prayed to the werebear for around 2,000 years. Along the forest, you can find signs telling a little about the place and its importance.

Beyond just the werebear myth, there is a lot of peculiar things that happened in this forest. It is located just outside Gongju, the capital of Baekje Kingdom (18 BCE – 660 CE). This place is full of ancient tales full of everything from Nine-tale foxes to dragons.

If you love history and myths, you won’t want to miss out on the horrifyingly shocking tale of Hwaseong Fortress. Click Here to read more!

For the Sistas: Laser Treatments for Dark Skin in Korea