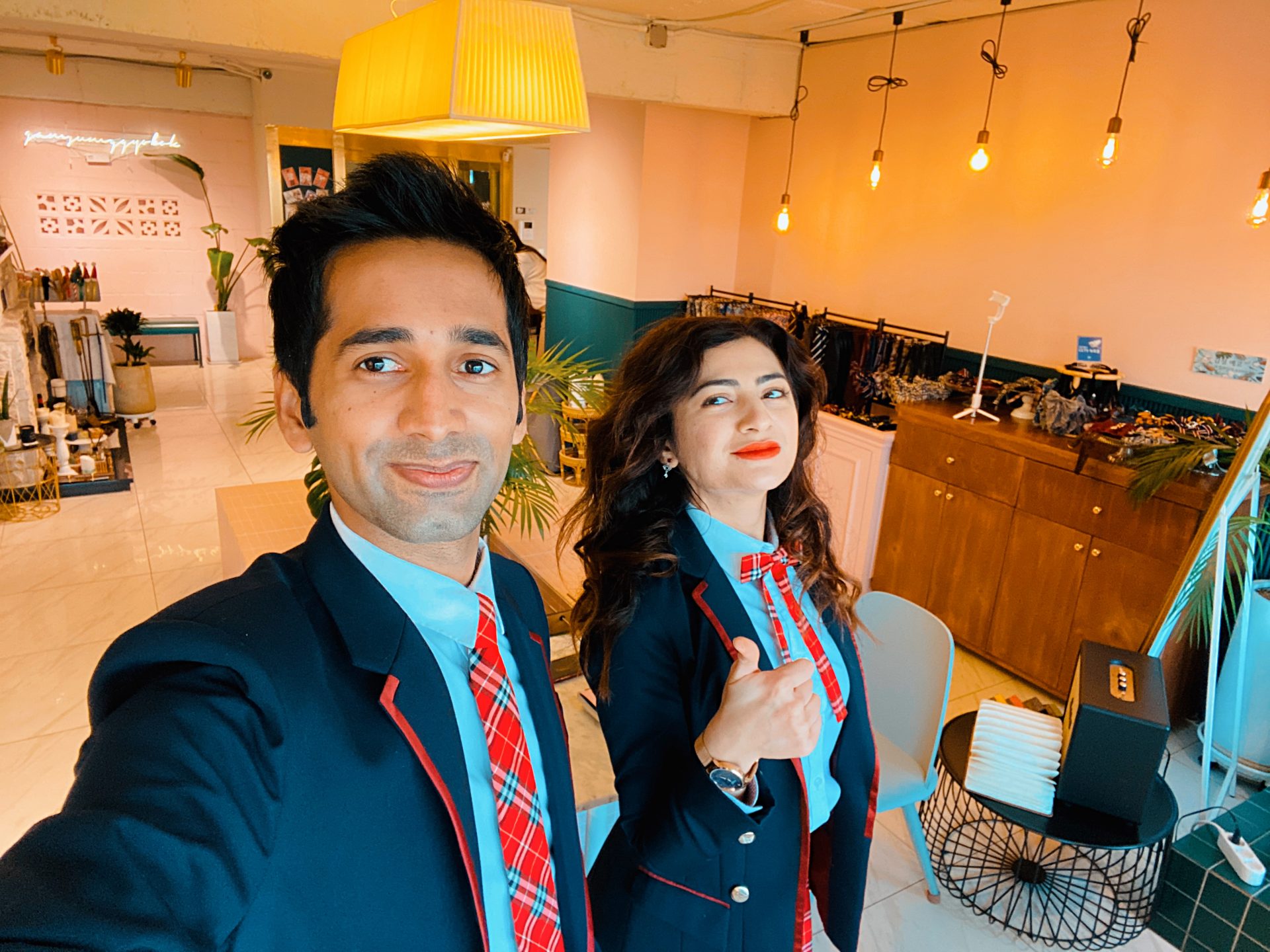 If you are a K-drama fan, the unique cultural activity i.e trying Korean School Uniform  should be on your to-do-list in South Korea

Even though Hanboks are the traditional dresses but Korean School Uniforms have gained enormous popularity. This is due to K-dramas and shows like BoysOverFlower, TheHeirs, Elite and Produce101. We went out to try these cute uniforms at “Gamsunggyobok“.

This place serves as the best location for a photoshoot and located right next to Lotte World and Lotte Tower.

Korean school uniforms have gained enormous popularity these days not only among locals but also among foreigners, thanks to Hallyu Wave. It is like a new way of exploring Korea . Plus, you also feel yourself as a lead role of one of the Korean drama. You can rent the school uniforms called Gyobok and go out to explore the city.

Just like Hanbok rentals can be found at various locations, Gyobok Rentals are also gaining popularity. A few of the famous Gyobok Rentals are Ehwa Gyobok and Gamsang Gyobok. Some rental studios even rent out the dress for up to 3 days. The best part of the rental shops is that most of them would have different studios. Here you can take stunning photos with the Korean School Uniforms.

Me and a friend of mine decided to feel young for a day, and we went to the Gamsang Gyobok.

Gamsang Gyobok Rental is one of the popular Korean School Uniform rentals in Seoul. The best part of this shop is the location of it – imagine wearing the beautiful uniforms and going to the Lotte World and Lotte Tower just by walking for 5 minutes.

It was really easy to find the rental shop and upon our arrival, the staff checked our body temperature and explain us about the prices. If you try the uniform inside their studio, the price was 15,000 KRW for a day but if you want to go out, then it was 20,000 KRW. Because of the pandemic situation, we decided to just stick to the cheaper option.

While in Seoul, don’t forget to go to the Seoul Book Bogo – a marvelous library in the city.

After the basic guidelines, the staff showed us the room having tons and tons of the uniform options. There were separate rooms for both male and females. We were amazed to see that they had sizes ranging from XS to 3XL – not the kind of thing you’d generally see in Korea.

There were numerous options of coats, pants, neck-ties, shirts, skirts, vest and jumpers. For a second, we were confused to select among so many options but then the staff helped us in selecting our costumes. Since it was Christmas time, we decided to go with the red and black dress.

By the way, if you are learning Korean and want to know your Korean name, check out this Korean Name Generator.

Ok, so this classroom is the kind of classroom I had never even imagined in my dreams. I can honestly say that, I’d love to go to school every single day, if my classrooms were like this.

The walls, the chairs and the tables were colored in light pink. One part of the wall was decorated with the badminton shuttles (still not sure why, but it got our eyeballs).

This was a perfect place to take photos and with the Christmas themed Korean School Uniform that we were wearing, we couldn’t resist spending more than half an hour in this room.

Another cool thing about the Gamsang Gyobok Rental is that they even have the Harry Potter themed costume too. So, if you are a fan of Harry Potter, trust me, you have to come to this place. Unfortunately, both of us hadn’t even watched a single part of the series, we didn’t try these dresses.

There was a separate room dedicated for the Halloween costumes too. The staff told us that during the Halloween season, a lot of couples and even kids come here to rent the Halloween costumes as the rental shop offers various options like Dracula, Spiderman, Crocodile etc. Just like Korean School Uniform, you can even rent these costumes, go out to attend Halloween parties and can return the dresses at night.

By the way, if you are in Seoul, don’t forget to try this Seoul Walking Tour – Insadong Course.

Best view from the rooftop

The best spot for taking pictures was the rooftop of Gamsang Gyobok. Imagine having the Korean’s tallest structure right in front of you alongside Seokchon Lake and Lotte World amusement park. There was a staged decorated with lights too which gives romantic ambiance and is a perfect place to take photos especially at night time.

Overall wearing Korean School Uniform was such an unforgettable experience and I’d highly recommend you guys to go to the Gamsang Gyobok and try these outfits.

Let us know in the comments section, if you’d also like to visit this place.

A little escape in the city: Taerung ...
How to Terminate a Pregnancy in South...
Welcome to Jinhae, Home of Cherry Blo...
TeamLab: LIFE - A Must-See Exhibition...
How To Buy BTS Concert Tickets in Kor...
Fantasy and Horror Illusions @ Tricke...
A Scary Korean Drinking Story (Pt. 2)
Tips to Improve Korean Speaking and W...
Total
2
Shares
Share 2
Tweet 0 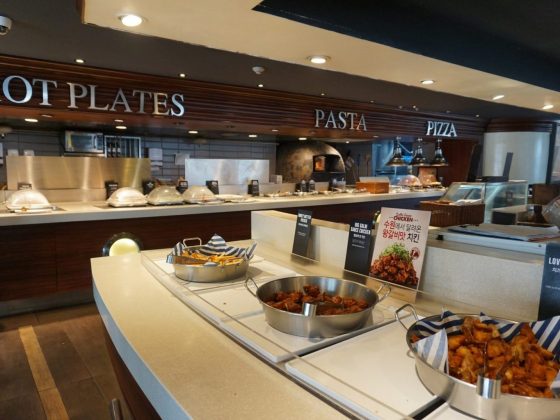 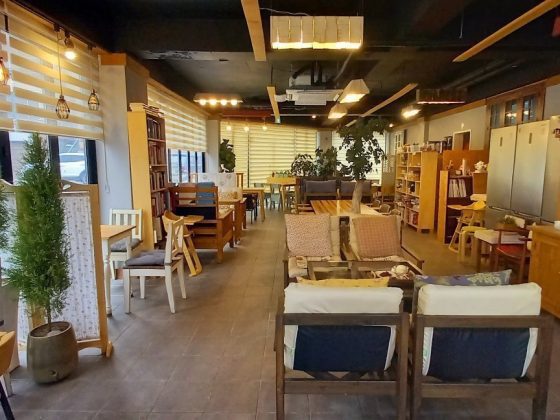