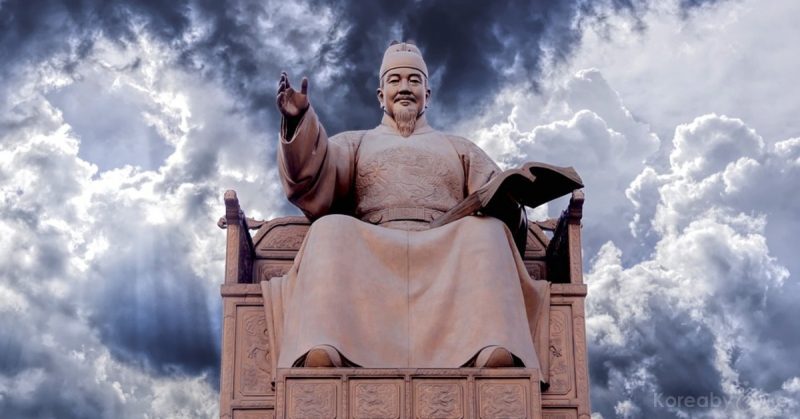 Visit the creator of Hangul

Do you know who created Korean Alphabet ‘Hangul’? Yes, it is the famous great King Sejong. He is a scholar who promoted cultural, economic and scientific research. Today, I visited the creator of Hangul.

He instituted the Hangul (Korean Alphabet) that people around the world enjoys many other lasting benefits of his rule. The respected fourth king of the Joseon Dynasty reigned from 1418 to 1450. And he had done a lot of achievements to be cherished by this bronze statue.

To give some exposure on how he contributed to the creation of Hangul, let’s see a tiny bit of his outstanding achievements. Previously, scholars had learned classical Chinese and had relied on the Chinese script for literary purposes. But Koreans did not have an appropriate script for their spoken language.

Until the invention of Hangul, they had used clumsy and cumbersome systems that made use of some Chinese characters for their pronunciations and others for their meaning to represent the vernacular language. However, Chinese was a language in a very different form for Korean people, especially when it comes to its vocal patterns and sentence formation. Hence the language could not represent Korean sound and structure adequately. Besides, the complexity of Chinese characters made the writing system too difficult for those other than the privileged few to learn and master it.

Hence King Sejong wanted to provide Koreans with a written means of expression other than the complicated Chinese system. Therefore, he commissioned a group of scholars to devise a phonetic writing system that would correctly represent the sounds of spoken Korean and that could be easily learned by all people that was completed by 1443.

With this history introduction in mind, you can now plan to wander around

the Gyeongbukgung Palace, and have a good opportunity to head up towards the Gwanghamun Square which just located across the Gyeongbukgung Palace. The King Sejong Statue was erected at the centre of this Square. His gentle smile on his face and a book in his hand can be seen all the way from the Gwanghamun Gate. The bronze statue of 9.5m in height celebrates the King and his great achievements.

Furthermore, in front of the statue also lie a celestial globe, rain gauge and a sundial which he himself invented during his reign long time ago. Behind the gorgeous statue, there are also six columns with golden carvings depicting the King’s major accomplishments.

You can also find an underground passage to the ‘Sejong’s Story’ exhibition hall. Personally, it is a must-visit passage to go through as you have the opportunity to visit here. Visitors to the museum can learn about the accomplishments of this mighty king such as how he created Hangul and contributed in the development of Korea itself. Besides that, the gallery also featuring a variety of materials and artifacts portraying the life and achievements of this great man himself.

Since the Gwanghamun Square is an open-air square, so it is open 24/7 however the Sejong’s Story exhibition hall is open everyday but Mondays from 10:30 AM to 7:30 PM. It is a good opportunity to have a walk through this passages and enjoy the interactive activities to know more about King Sejong.

One of the activities can be done in the exhibition hall to cherish the Hangul creation, calligraphy.

Mr. Toilet House: A Quirky Toilet Mus...
Korean Traditional Souvenirs
How to Become a Model in Korea
What is Academic Hallyu?
Korea travel tips for first-timers
What to do on Halloween in Seoul
50 Useful Korean Words & Phrases: You...
Record of Youth Filming Locations in ...
Total
1K
Shares
Share 1K
Tweet 0