Vincenzo Filming Locations in Seoul That You Should Visit

Are you a fan of Song Joong-ki? He is back with his new Korean drama “Vincenzo” also starring actress Jeon Yeo-been. Vincenzo tells about the life of Vincenzo Cassano (Song Joong-ki) who became an Italian lawyer yet a mafia. He comes back to Korea with the aim to get the hidden gold underneath the Geumga-dong Apartment Complex or Geumga Plaza. There he meets the other interesting characters who are the tenants of the building. However, a real estate company under Babel Group has illegally taken ownership of the building and Vincenzo must use his skills to reclaim the building with the help of lawyer Hong Cha-young (Jeon Yeo-been). This Korean drama is a mixed of action, drama, and comedy that will definitely make you anticipate the succeeding episodes.

If you are planning on a trip to Seoul, here is a list of Vincenzo filming locations that you can easily visit.

The Geumga Plaza in Vincenzo which is a main filming location of the drama is actually the Cheonggye Plaza in the neighborhood of Euljiro. This plaza has a connecting pedestrian bridge to Sewoon Plaza. Aside from Vincenzo, this plaza is also a filming site of the Kdrama True Beauty.

Location: 162 Cheonggyecheon-ro, Jung-gu, Seoul, South Korea (서울특별시 중구 청계천로 160)
How to get there: Take Seoul Subway Line 2 or 5 and get off at Euljiro 4-ga Station, Exit 3. Walk for about 4 minutes.

Another Vincenzo filming location in this list is the Cheonggyecheon Stream. The stream, specifically the Sewoon Bridge (Sewoongyo), was featured in episode 1 while the Geumga Plaza is demolished. Other K-dramas also filmed scenes in this stream, read more about it here.

Location: Cheonggyecheon Stream
How to get there: Take Seoul Subway Line 2 or 5 and get off at Euljiro 4-ga Station, Exit 3. Walk for about 4 minutes.

Next on this list is the Common Ground where Hong Cha-young (Jeon Yeo-bin) and Vincenzo Cassano (Song Joong-ki) discuss plan to fight against Babel Chemicals while eating in episode 5. Common Ground is actually the world’s first and largest container shopping mall and Korea’s first cultural and shopping space that is made from 200 shipping containers. It was opened to public in April 2015 and has been offering fun and exciting shopping experiences, gourmet food, lifestyle trends, and more. Moreover, Common Ground also features venues which can host variety of performances and events. Know more about it here.

Location: 35 Gangnam-daero 102-gil, Gangnam-gu, Seoul, South Korea (서울특별시 강남구 강남대로102길 35)
How to get there: Take Seoul Subway Line 9 and get off at Sinnonhyeon Station, Exit 4. Walk for about 4 minutes

If you are in Seoul, you shoudn’t miss visiting Seoullo 7017 Skygarden which is also a filming site of Vincenzo. This is where Song Joong-ki walks in episode 3 when he receives a message from lawyer Hong Yu-chan as the latter invites him over to his house for a drink. This Skygarden or Skypark is an elevated linear park in Seoul built atop a former highway overpass.

Similar to Common Ground, Under Stand Avenue is an outdoor mall and creative public cultural space built from cargo containers. These container house the several start-up businesses’ stores. In episode 3, Hong Cha-young and Jang Joon-woo come here and enjoy an ice-cream together. Know more about Under Stand Avenue here.

Location: 63 Wangsimni-ro, Seongdong-gu, Seoul, South Korea (서울특별시 성동구 왕십리로 63)
How to get there: Ride a subway then get off at Seoul Forest Station, Bundang Line or Yellow Line. Find your way out to Exit 3. From Exit 3, just walk about a minute in the opposite direction of Seoul Forest.

And lastly, the Yeouido Saetgang Pedestrian Bridge also shortly appeared when VIncenzo crosses this bridge in episode 6 of the series. A scene from the Kdrama “Hotel del Luna” was also filmed there.

Location: 48 Yeouidong-ro, Yeoui-dong, Yeongdeungpo-gu, Seoul
How to get there: Take Seoul Subway Line 1 and get off at Singil Station, Exit 2. 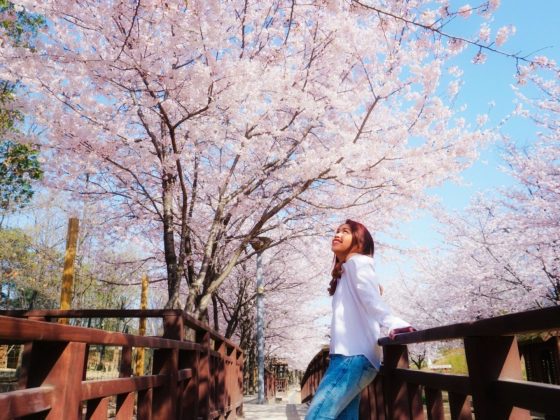 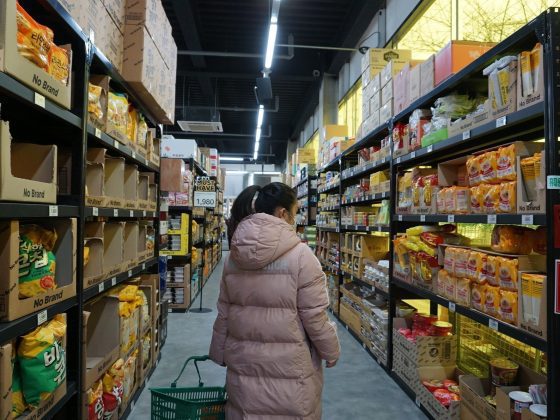 Top Places to Do Grocery Shopping in Korea