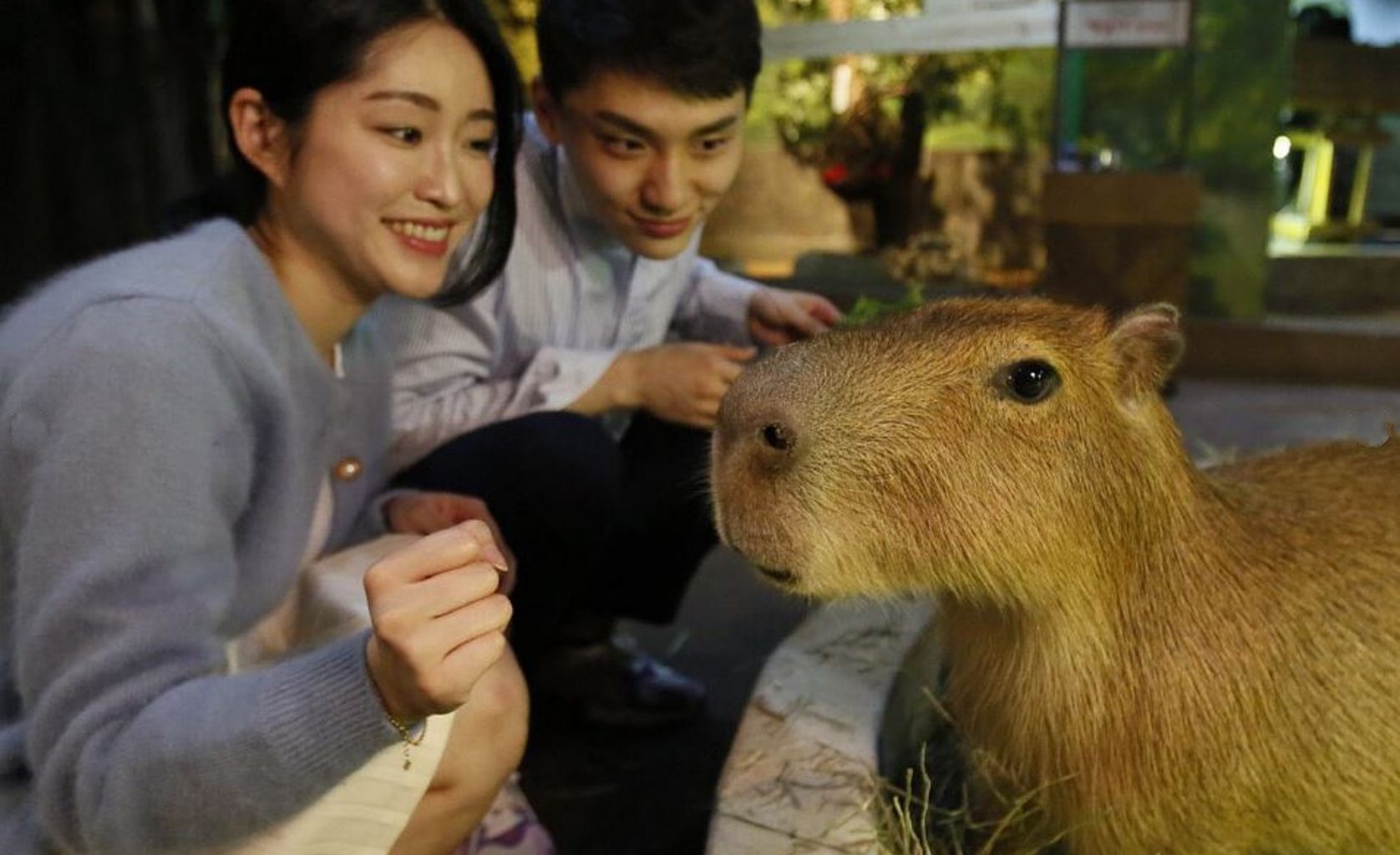 Zoolung Zoolung is the ultimate Korean animal cafe. It is an interactive zoo that houses over 20 different species of wildlife. If you’re looking for new places to hang out with your family, friends, or that special someone, Zoolung Zoolung has got you covered! There are various interactive activities for people of all ages to enjoy.

A Connection Without a Fence, a Forest of Life in the City Center

‘A connection without a fence, a forest of life in the city center’ is the Zoolung Zoolung moto that perfectly captures their brand concept. They provide opportunities for everyone to connect with wildlife in a way that is safe for animals and people.

In total, four branches of Zoolung Zoolung exist; Dongtan Rakeumong Branch, Times Square Branch, Hanam Branch, and Gyeongju Branch. The one that we visited was the one nearest to us, Times Square. 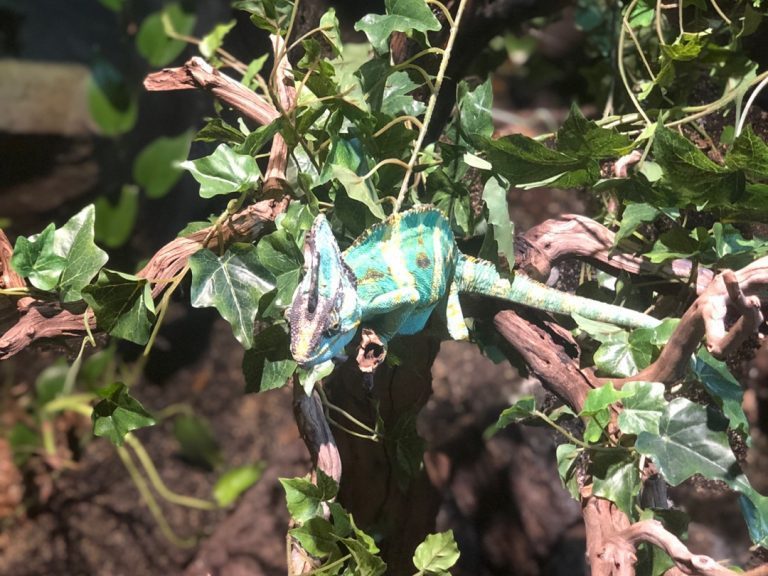 Zoolung Zoolung is located on the fourth and fifth floors of Times Square in Seoul. On the 4th floor, you can find the ticket office where you can buy your tickets. Tickets cost 27,000 won per person, but for children of different ages, there are various discounts available. There are also discounts available for adults as well. Overall, we paid only 21,000 won per person after my husband and his friend found an online discount.

After purchasing our tickets, they provided us with a wristband and some treats for the feathered, scaly, and furry friends. Once armed with the necessary items, we made our way one floor up to the zoo. Before going up, we noticed a huge sloth figure and decided to take photos with it!

On the wristband provided, there was a barcode we scanned at the entry. We were then greeted by a marvelous display of colorful lights in a dark room upon entering. In the next room, we were squawked at by a giant blue parrot hanging out by the entryway, as well as an adorable chameleon hidden amongst the leaves.

Once we made it past the entrance and into the first part of the zoo, our jaws dropped to the floor. There were squirrels running around in tubes and birds that had free range of their enclosures. Signs told us how to feed the birds the treats we were given, and safety measures were implemented to ensure the safety of the animals. 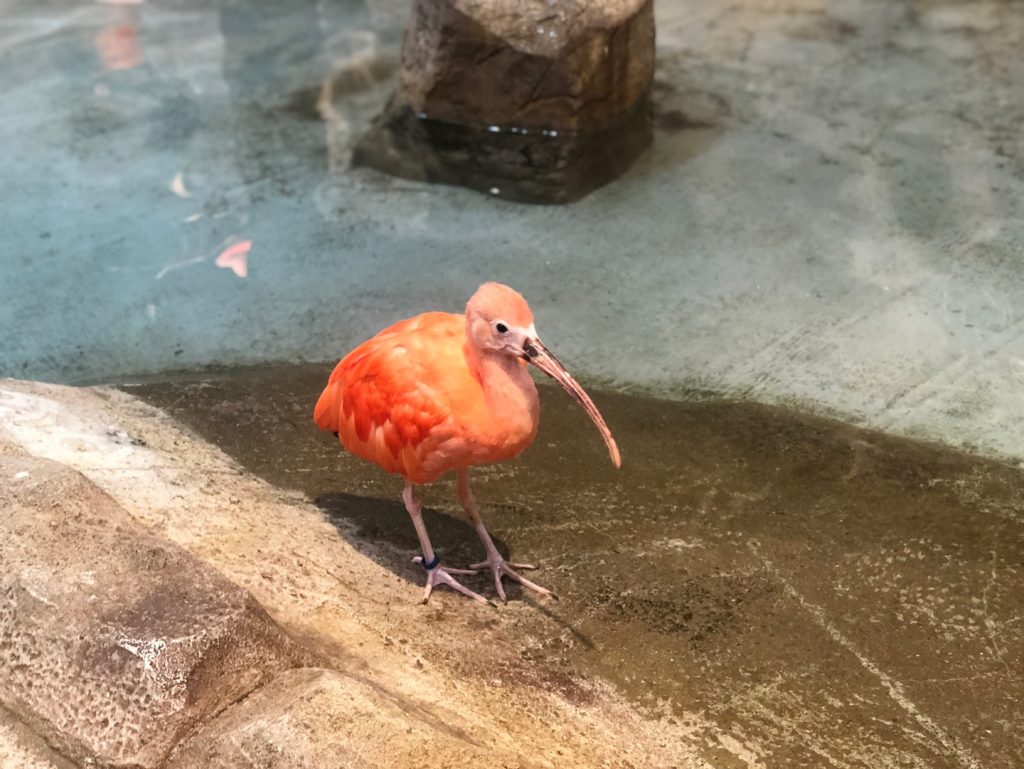 This pink bird in particular was very greedy. The moment it saw humans, it came out of the water, waiting to be fed. The way to feed the birds was to toss the treats in the water so that they could collect them. The moment we tossed one treat over, it jumped into the water and caught it. It was fascinating and adorable! After feeding the birds, we made our way over to the next segment of the zoo. 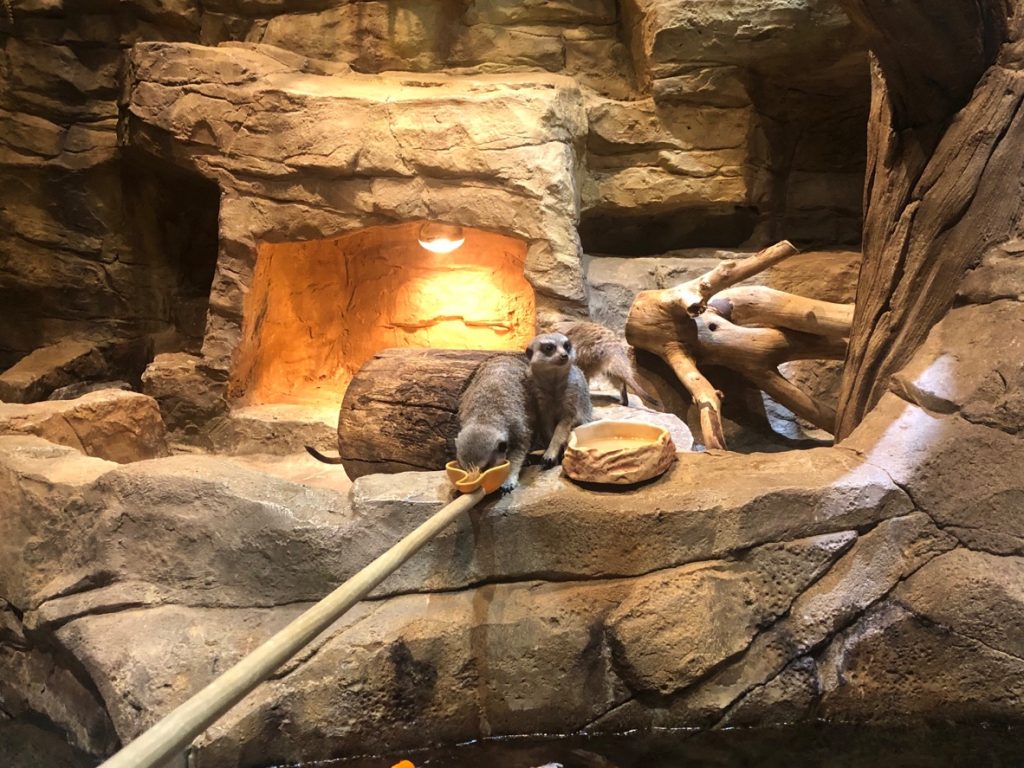 Another greedy bunch of friends was the meerkats in the next section of the zoo. They were kept far away from the human touch, and the only way to feed them was by using the tools provided. So we placed the treats in the tool and sent them on their way. With their grubby paws, they gripped tightly onto the bowl and stuffed their faces. 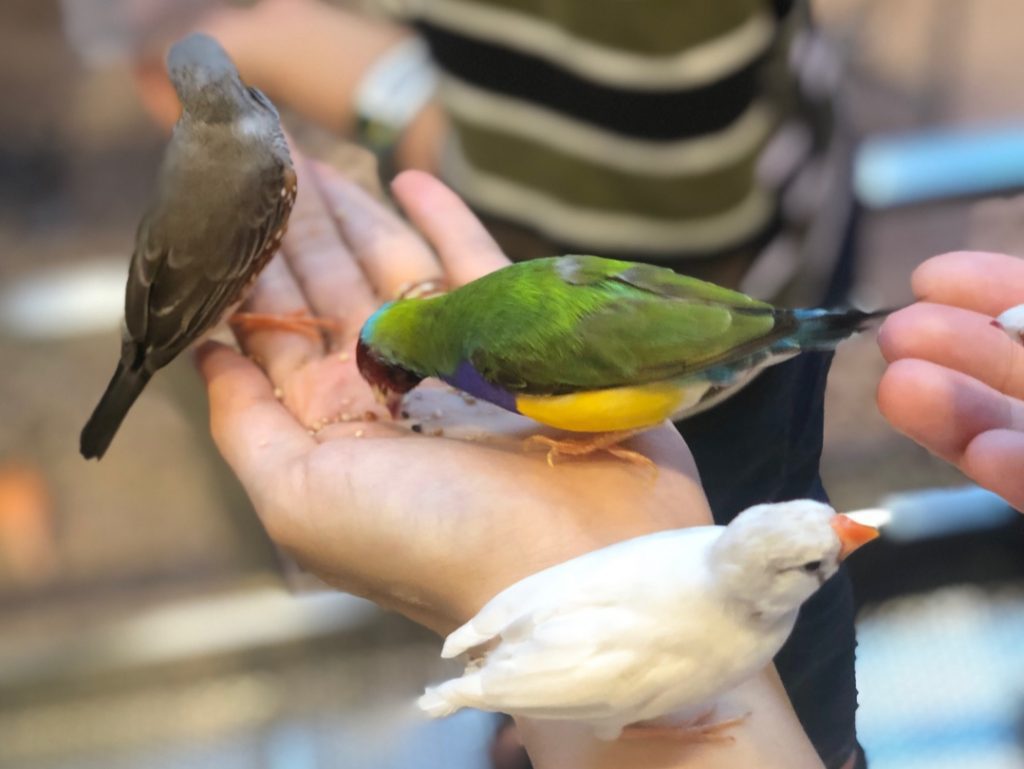 Next, we headed into a room called the rock café, where there were millions of tiny birds waiting to be fed.

With the food in the palms of our hands, the birds swarmed around us. It had me feeling like a Disney princess for a moment. I watched them in amusement as they took the shells off the seeds. They were extremely smart as well. They knew when the treats were finished and moved on to the next person who had more to give. 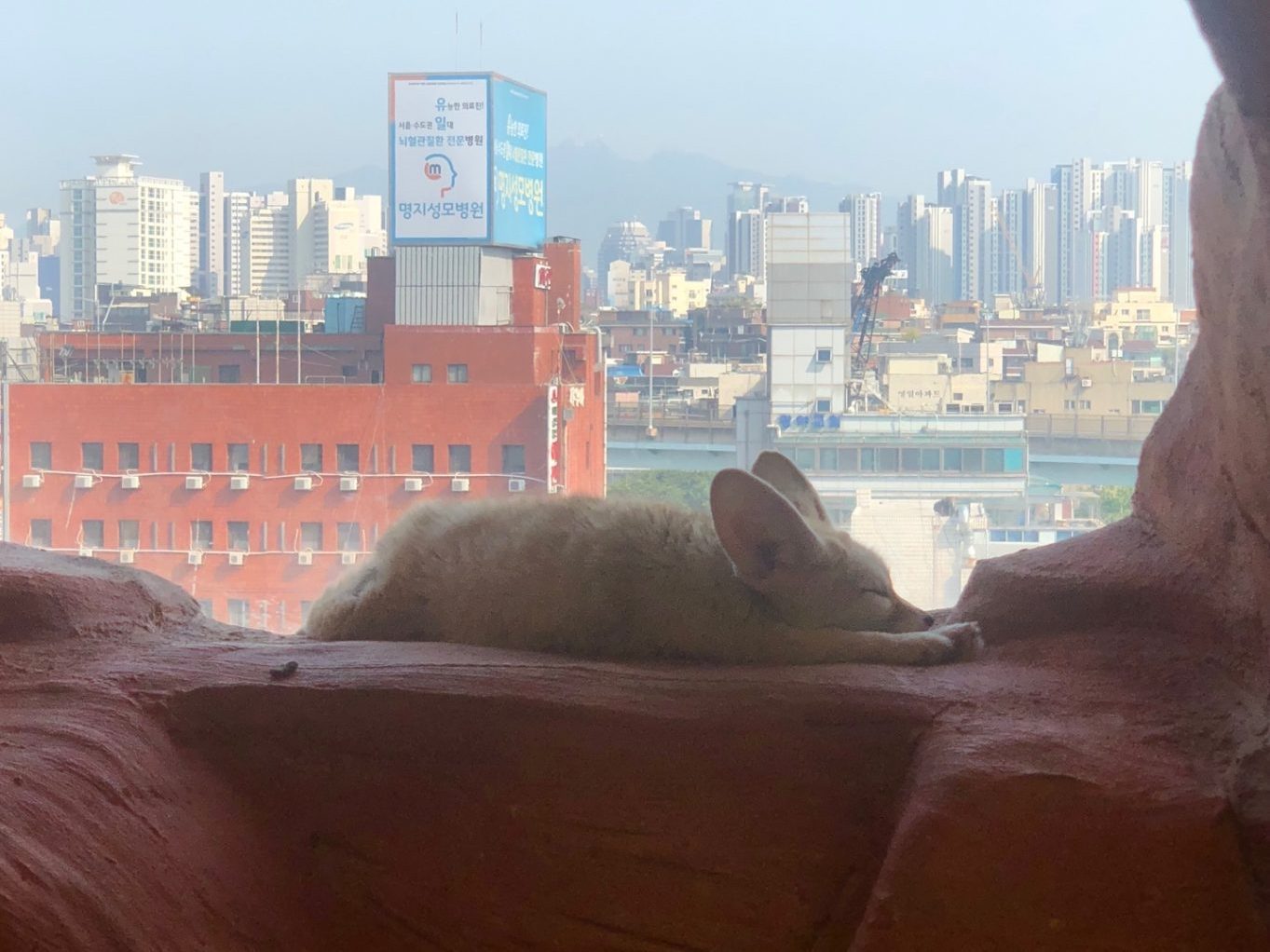 In the next section of the zoo, there were Fennec foxes lazing next to the window under the sun. I love Fennec foxes! They’re extremely cute and small, with gigantic ears that add more to their cuteness, OMG so cute!

There were also prairie dogs in a deep slumber without a care in the world, even with the large number of people watching them. 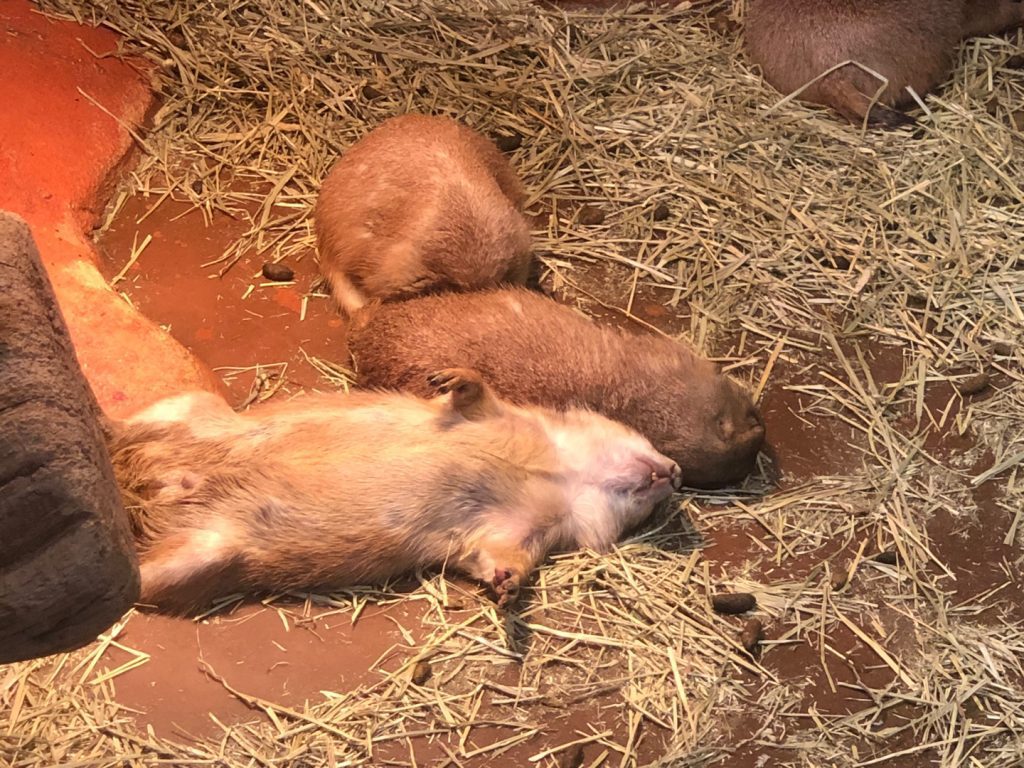 There were also Patagonian Maras and guinea pigs there munching on hay and waiting for treats from guests. To get there, we had to climb up a small flight of stairs and cross a small wooden bridge. It might be a little nerve-wracking for those who are afraid of heights, like me, but it was manageable. 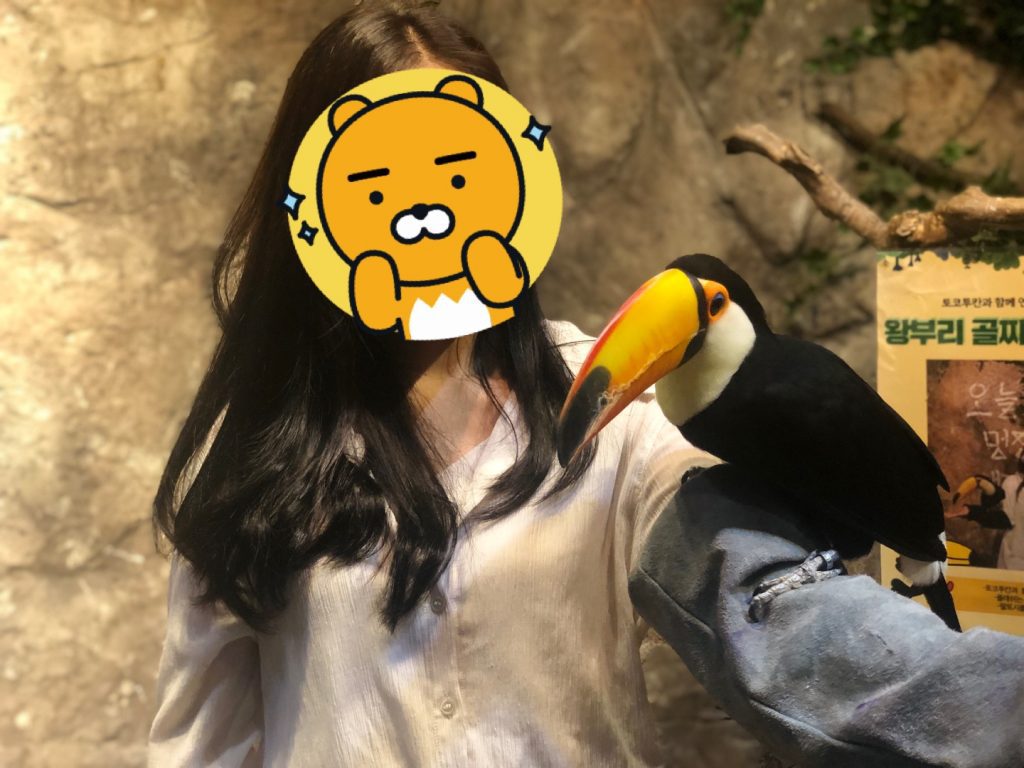 In the next section, we had the pleasure of experiencing feeding the toucans. Just outside where the toucans were kept, there are sleeves provided to prevent their claws from scratching you. The way to feed the toucans was simple. Place the food in one hand and have the sleeved arm stretched out towards them. They will jump onto the sleeve and pick up the food gently with their beaks. They then toss it into the air slightly and catch it in their mouths. Definitely a thrilling experience.

There were also alpacas and other furry friendlies in the fourth section, but they were mostly asleep by the time we went. 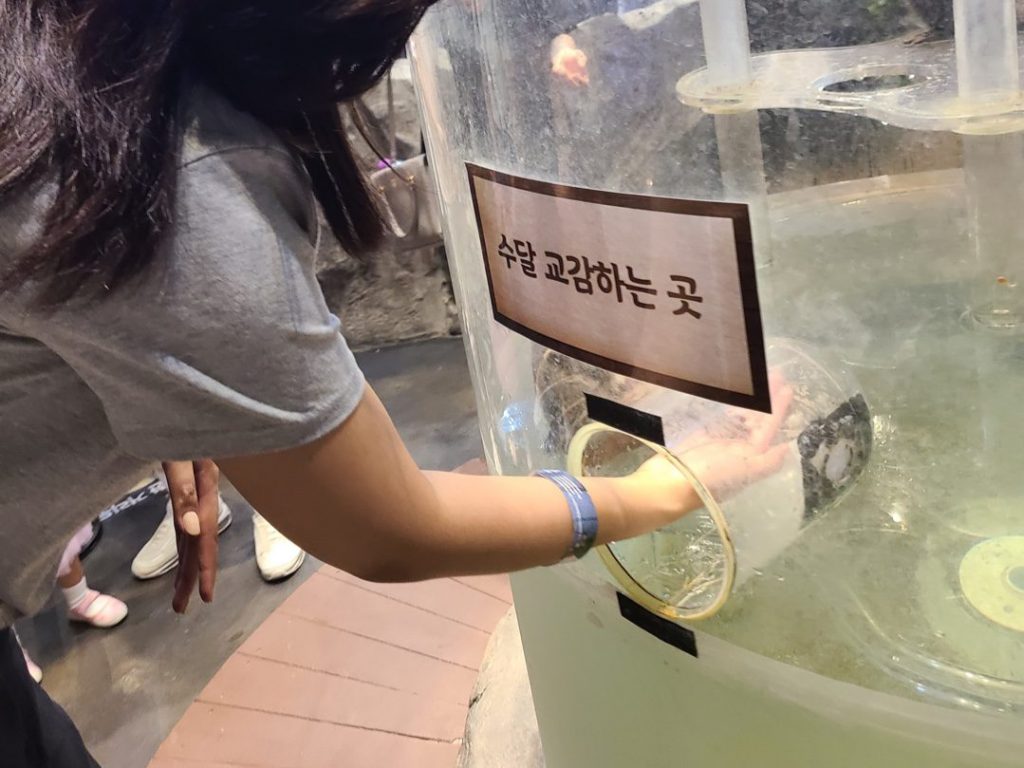 In the last part of the zoo, we noticed that there was an interactive experience. It was feeding time for the otters, and those present can participate in the feeding. We were given cucumbers by the staff and there was this tube we put our hands through to feed the otters. The entire experience was safe for both us and the otters.

I had five pieces of chopped cucumbers in my hand, and this little otter’s paw had the strength to carry four out of the five! It then reached out for the last piece and then back again once more to search for more cucumbers. The feeling of an otter’s paw is something that I cannot describe, you have to experience it for yourself!

Zoolung Zoolung is a great place for kids, parents, friends, and lovers to visit and bond over their love for animals. You can learn a lot about exotic animals and gain exciting new memories in South Korea. If you’re looking for a new date spot or a place to visit with friends and family, I highly recommend Zoolung Zoolung!

Baming Donut: Best Donuts in Gongju
Seoul Transportation Subsidy for Preg...
Libraries in Seoul: When bookstores m...
Behind the Rails Series: Tteokbokki i...
How to Get the Most From Your Kimchi ...
Dongdaemun Design Plaza part 1
One Day In Incheon
Autumn Foliage in Nami Island (남이섬)
Total
44
Shares
Share 44
Tweet 0