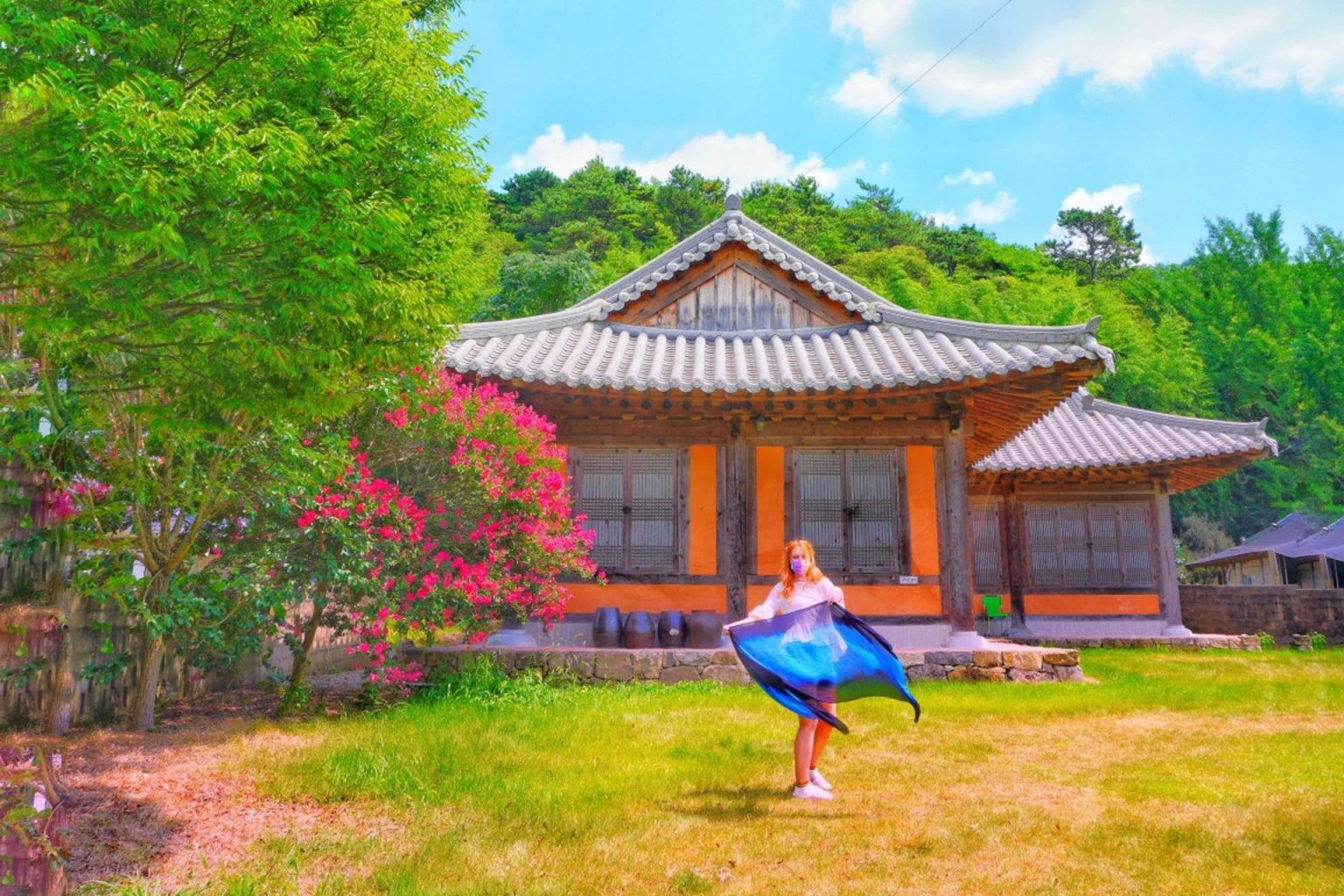 If you’re looking for a truly unique and special experience in Korea that’s outside the city then this is your place. Myeongha village (Myeongha Maeul) is just to the northwest of Naju.

A small Indigo manufactoring city in Jeollanam-do county. The village has a population of just 37, 10 of which live in one household!

How it is made and used

To make the dye first the Indigo plants must be harvested and rinsed repeatedly with new water each time until they are sodden. Next, they need to be squeezed and fermented, and stirred until there is dye sediment at the bottom. Once there is sediment it is mixed with lye, and alkaline to neutralize the acidity. The farm even makes the lye themselves in hand-dug kilns, it takes 40 kg of oyster shells to create just 4/5kg of lye! Once the mixture has been neutralized is now ready to be used as a dye.

To dye our fabric we passed it smoothly from the water to the dye with as little air time as possible repeatedly to get the rich color. The more times this is repeated the richer the color. Next, we washed and rung in the neutralizing mixture around 10 times. This is to fix the dye and prevent any running.

Finally, our scarves were hung out to dry! Don’t they look beautiful in the sun. The process to create these scarves requires specialist knowledge and time. Their selling price ranges from 150,000 at the farm to 300,00 at the airport! My scarf is not my prized possession <3.

The history of it’s discovery

The use of the Indigo plant as a dye in this area was discovered during the Goryeo dynasty. the nearby river GomakWonCheon would flood yearly during monsoon season (jangma in Korean). The Indigo weeds would flourish along the flooded riversides. The local people wanted to find a use for this plant that was thriving in the area. They discovered that it could create a light blue dye that when used repeatedly creates a rich dark navy shade of Indigo.

The pink tree in the photo blooms during the hottest days of summer and once the blooms begin to fall the rice harvest can begin.

It can be a challenge to reach, the closest large city with good transportation is Gwanju City, the best ways for you to reach this small village are to take a train or bus to Naju city station. From there is public transport but it is infrequent and slow. So it is best to take a taxi from right outside exit 1 and ask for Naju Myeongha Maeul (yoon byeong-un yeomsaek jang – the indigo dye farm jeon su gwan experience center.

Hi, I'm Hope from England. I live in Korea with my husband and two cats. I love to explore and find cute cafes.