Top Kdramas To Watch In This Winter Season

The South Korean entertainment industry has taken the world by storm. From winning Billboards and Oscars to being featured on International Shows, South Korean film, dramas, music and fashion have been creating waves throughout the planet. Korean drama industry, on specific, has grown popular throughout the last 2 years. Drama critics link this success of Korean dramas to various reasons. These reasons include unique story plots, talented and attractive casts, soothing soundtracks, and beautiful shooting locations. Based on these reasons, people from all around the world look for interesting and top Kdramas to watch and enjoy. If you are new to Korean dramas, you might have difficulty in determining the list of top Kdramas to watch.

Therefore, scroll down to read our list of the top Kdramas to watch this winter. Binge-watch anyone of these, and make it a memorable experience.

My Love from the Stars

Jun Ji-Hyun’s small screen comeback, after 14 years, turned out to be nothing short of a blast. This Korean romantic and fantasy serial broke all the previous records. The story revolves around an alien that is residing on Earth, Do Min-Joon (Kim Soo-Hyun), and the top actress of the country, Cheon Song-Yi (Jun Ji-Hyun). Do Min-Joon lands on Earth, in 1609, and missed his back trip. He missed it as he was saving the life of a young girl. He gets trapped on the planet for the upcoming 4 decades. Do Min-Joon also never grows old and has to take a new identity every few years. Cheon Song-Yi is a popular actress and a supermodel with attitude problems. Sparks fly when the two main characters run into each other, after becoming neighbors.

Watch this Kdrama from our list of top Kdramas to watch, and find out the development in their relationship. Also, get to know how Do Min-Joon protects Cheon Song-Yi using his supernatural powers. The show received positive reviews from Korean drama critics and viewers. The romantic fantasy drama and its cast also went on to win multiple notable awards, including the Baeksang Arts Awards and the SBS drama awards.

The story of this top Kdrama, that you should definitely watch, revolves around a young girl, Do Bong-Soon (Park Bo-young), with superhuman strength. Her grandmother and mother also possessed the same superhuman strength that was later inherited by her. From the start of the drama, having extraordinary strength exhausts Do Bong-Soon. She just wants to create a video game, where the main character would portray her. She also wants to transform into a more fragile and soft girl, as it is her crush’s, police officer Guk-doo (Ji Soo), ideal type. In an accident, where she helps out an elderly bus driver, the CEO of a video game making company, Ahn Min-hyuk (Park Hyung-Sik) notices her. He later hires her as his bodyguard.

What follows is a hilarious love triangle revolving around Do Bong-Soon, Ahn Min-hyuk, and Guk-doo. The story also has a suspense thriller element in the form of a psychopath serial killer who is kidnapping and murdering girls in Do Bong Soon’s home town.

This romantic fantasy drama comes third in our list of top Kdramas to watch. It broke all the previous records in the Korean drama industry. Released in 2016, the story of Goblin revolves around Kim Shin (Gong Yoo), who is a military general from the Goryeo Dynasty. The jealous King accuses him of treason and then kills him. He also gets the punishment of being an immortal goblin and living forever. The only way by which he could end his life is by the help of the Goblin’s bride. He comes across a high school student Ji Eun-Tak (Kim Go-Eun) after she summons him by mistake. The story follows their journey of discovering that it was fate that brought them to each other.

The drama, along with its soundtrack, became popular throughout South Korea. It got nominations and wins at almost every award ceremony in South Korea. It also became famous among international audiences.

Crash Landing on You

This romantic comedy-drama became a popular phenomenon at the time of its release at the end of 2019. Crash Landing on you became the third highest-rated South Korean drama. The story revolves around South Korean fashion lover, Yoon Se-Ri (Son Ye-jin) who lands in North Korea by mistake, while paragliding. She falls first into a tree, and then the arms of Ri Jeong-Hyeok (Hyun Bin), an officer in the North Korean Special Police Force.

The story continues with Ri Jeong-Hyeok hiding Yoon Se-Ri, and then making a plan, along with his team, to take her to South Korea secretly. Despite the disputes between the two neighboring countries these two people fall in love along the way.

The drama released in 2020, revolvers around a young man, Park Sae-Ro-Yi (Park Seo-Joon). He is an ex-convict who returns from jail and reopens his dead father’s bar in Itaewon.  He also hires a group of misfit employees and with their help, he aims to turn the bar into the number one bar in Itaewon.

The story moves forward when Park Sae-Ro-Yi and his employees had to fight against a ruthless CEO. The CEO was also responsible for the events for which Park Sae-Ro-Yi was convicted wrongfully. The drama ended up being the seventh highest-rated drama in Korean television history.

Every book lover should visit Starfield Library, at least once. 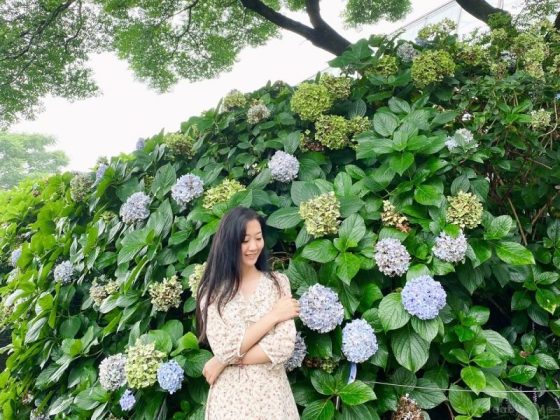 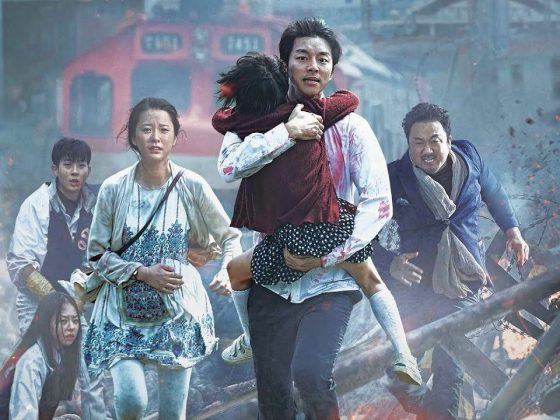