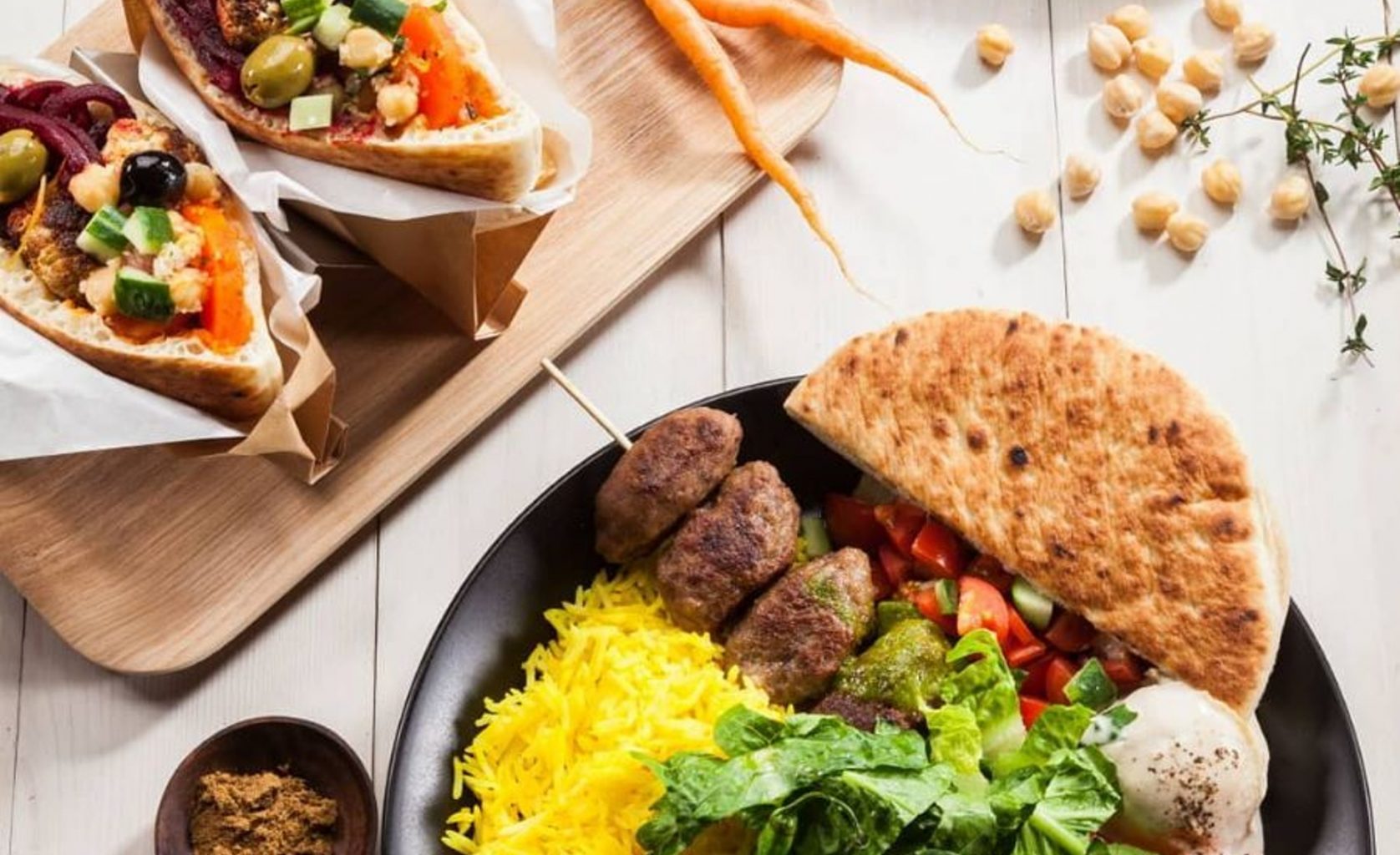 One of the things I miss the most while living in Seoul is the flavors of my home country. While Korean food is amazing, sometimes I find myself craving some authentic middle-eastern flavors. Here are my top 3 picks for middle eastern restaurants in Seoul.

South Korea’s capital is considered one of Asia’s rising global cities. And with globalization comes diversification. Focusing on the vast flavors offered to you while living in Seoul, You can wake up in the morning and start your day with a buttery French croissant, have a Taco for lunch, and finish the day with a traditional Indian Biryani. 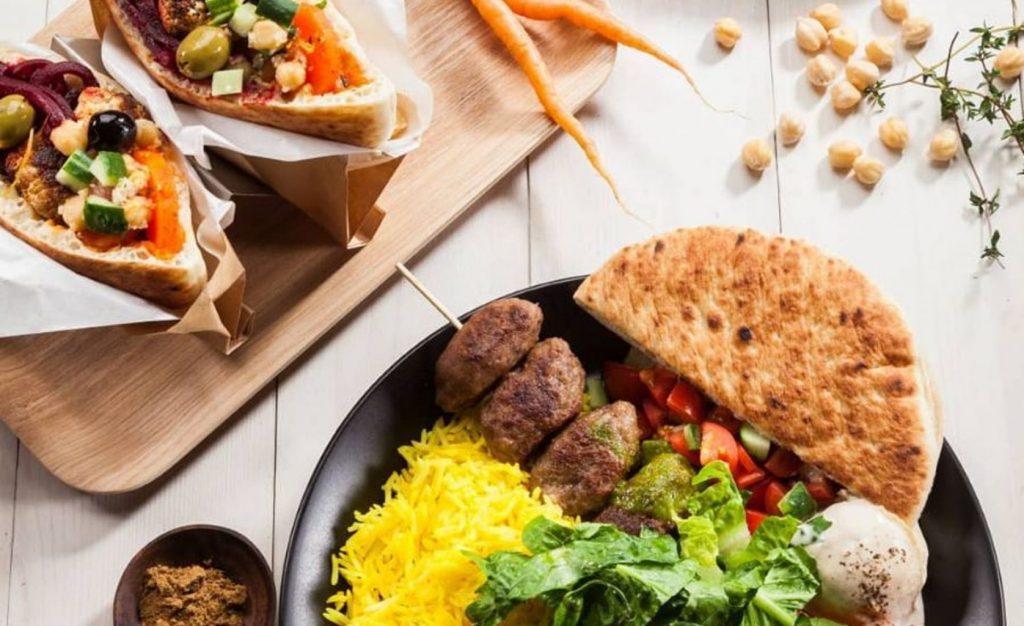 Not to say the Korean cuisine isn’t already enough. I mean it’s one of the richest and most delicious cuisines out there. But you gotta still crave those amazing international flavors sometimes. As for myself, I do crave the taste of bread and fresh hummus all the time.

In this article, I’m going to be talking about some of Seoul’s Middle Eastern cuisine options. I’ll introduce you to some of the best restaurants I’ve come across serving rich recognizable flavors from my home country.

While middle eastern food cannot be easily generalized, you can find some common ingredients. Many dishes have rich elements such as; sesame seeds, dates, chickpeas, honey, rice, sumac, cumin, and other spices cooked with various meats and vegetables along with the heavy use of olive oil.

Located in Yongsan-gu between Itaewon and Noksapyeong station on the hill. Petra restaurant is one of the oldest Halal restaurants to open its doors in Seoul. The menu is one of the richest menus out there bringing a mixture of dishes from different Arab countries. Starting with appetizers they also have salads, a brunch menu, main dishes, grilled specials, and desserts.

Going there makes me confused every time. Everything tastes amazing and the menu is so extensive it is difficult to decide. For those of you visiting for the first time though, here are some recommendations.

I would recommend you to start off with Miza, Falafel, and Bread. Miza is a plate with three different dips or spreads. The first dip is Hummus, made with chickpeas and Tahini. Then, there is also eggplant babaganoush, and Yogurt cheese aka Labaneh.

You can then match the appetizers with Taboly or green salad, where you can enjoy the mix of various veggies with olive oil, lemon juice/vinegar, and salt dressing. Fresh, healthy, and yummy!

As for the main dish, Rice-based dishes are the specialty at Petra Mansaf. Mandi and Biryani are my favorites.

Mansaf is a traditional dish in both Palestine and Jordan. We serve it a lot at wedding parties. It is made of rice cooked with Lamb meat and paired with soar cooked yogurt sauce! The sauce can be a bit unfamiliar but it is worth the trying, I promise!

Mandi is a traditional Yemeni dish made of rice cooked with meat and a special blend of spices. Petra serves it with a red sauce that balances the rice and gives it more of a rich flavor.

And last is Biryani. Biryani is actually an Indian dish but it also finds a way to mix with middle eastern dishes. It has similar ingredients and the use of spices is almost identical in the two cuisines. It consists of rice with Indian spices and some meat. Petra restaurant gives you the choice between lamb, chicken, or vegetarian Biryani.

It is worth mentioning that Petra and Petra Palace are both located in the same area but are two different restaurants that share a similar menu. Petra Palace is more specialized in grilled items, whereas Petra offers all kinds of different dishes. Both are Halal.

Casablanca sandwicherie is a small restaurant located in Haebangcheon. It is a busy area filled with foreign-owned restaurants in Yongsan-gu. The restaurant’s owner is a Moroccan chef and they sell sandwiches, with soups and salads on the side. BUT allow me to say these are not just your basic sandwiches.

These might just be the best sandwiches you may have in Seoul, if not your entire life. The food in this restaurant is also Halal.

Chicken, Lamb, Veggie, shrimp, and even omelet sandwiches are all on the menu. Each sandwich is paired with salads, pickles, and special Moroccan spices! The flavor will have you licking your fingers afterward.

Morocco is a North African country and not a middle eastern country but the flavors and cuisines are very similar to those of the middle eastern. To be specific, Moroccon dishes involve a mixture of Mediterranean, Arabic, and Andalusian influences, and less of a European influence. However, this restaurant in particular really hits those Middle-Eastern flavor profiles which is why I have included it.

Chickpeace is a middle eastern restaurant that has two branches in Seoul. One is located in Garosugil in Gangnam-gu and the other one is in Seongsu, Seongdong-gu. I personally tried both branches and they were equally amazing.

The restaurant specializes in platters with fresh salads, rice, meat, hummus, and pita sandwiches. Plus, it serves completely vegan dishes like cauliflower, falafel, and more. All of the dishes contain various fresh vegetables. So, there is definitely a focus on health at this restaurant.

Additionally, they serve fluffy pita bread along with most of their dishes. And let me tell you- they have some of the best bread I’ve had while in Korea. Make sure to have it while it’s still warm!

While in Seoul, make sure to visit these restaurants if you ever feel like you need a little boost of middle eastern flavors. Or, if you just crave some good quality bread or need a change of diet.

For more on Halal restaurants in Korea, Click Here to read more!

Currently, a student living in Seoul. like touring around, trying new things, and sharing the experiences while in here.