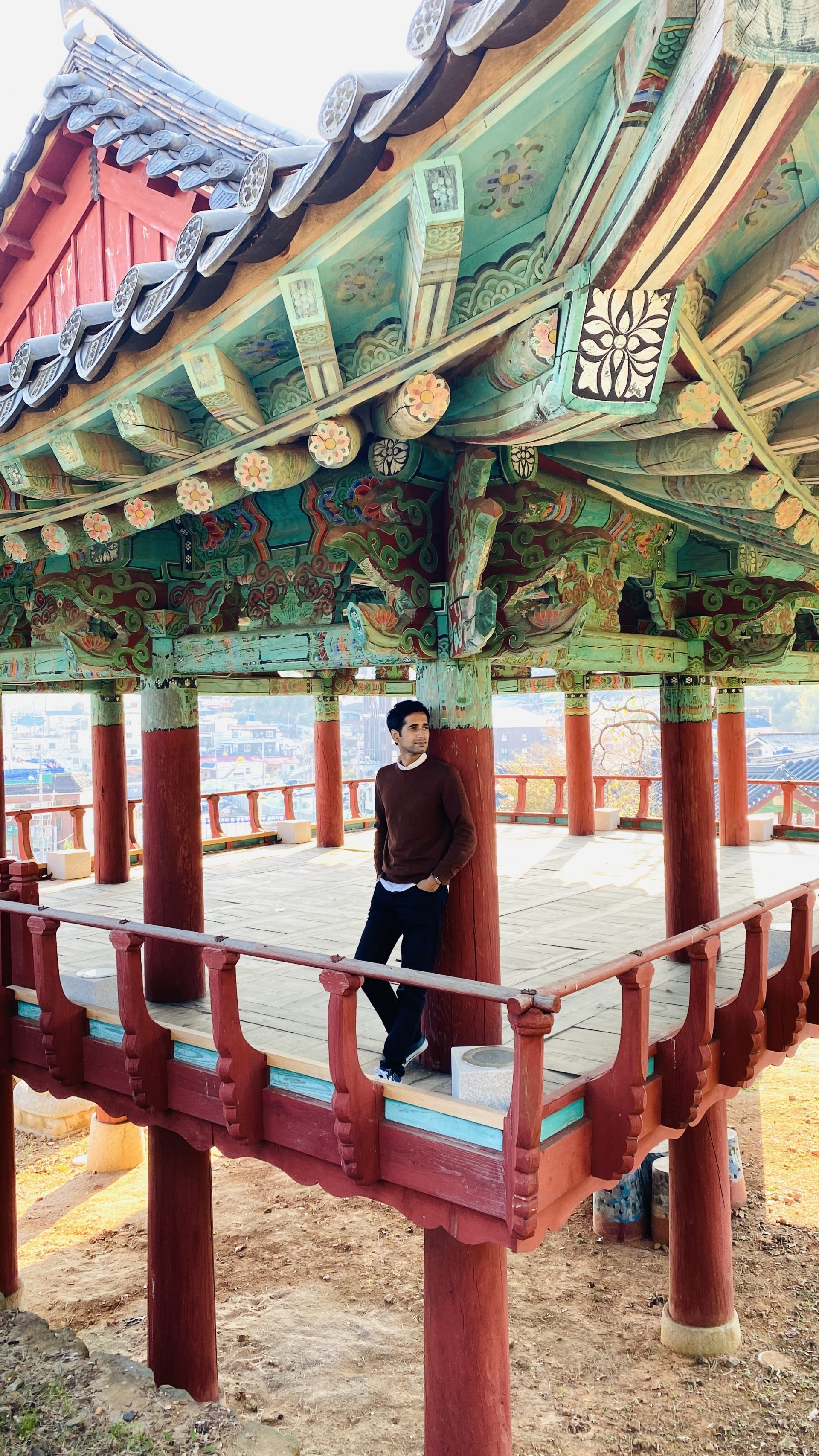 Tongyeong Sebyeonggwan Hall is a historical heritage site. In 2002, the hall was designated as a national treasure of South Korea.

Sebyeonggwan Hall sits at the base of the Yeohwangsan Mountain. And it is located in Tongyeong, Gyeongsangnam-do.

Tongyeong Sebyeonggwan Hall has a meaning of peace and harmony behind it. It is a symbol for the end of war when all the weapons are washed and put away. And it represents the wish for peace after the Japanese invasion.

Or take the subway from Seoul Station to Daejeon Complex Terminal. From here take a bus to Tongyeong Bus Terminal. Next, take a bus from the terminal to Jungang Market Bus stop. The Tongyeong Sebyeonggwan Hall is about five minutes walk from here.

Tongyeong Sebyeonggwan Hall was built in the ancient Joseon era. History tells us that the hall was completed on July 14th 1605. And this was the 38th year in the reign of King Sonjo.

In fact, Tongyeong Sebyeonggwan Hall was the naval force headquarters for three provinces. Indeed, it was an important government building for 300 years in the Joseon era.

Jigwamun Gate guards the entrance to Sebyeonggwan Hall. The gate actually symbolises halting spears. And the Chinese characters form the word for military. The gate has two meanings. It represents the wish for peace. Yet, at the same time it means preparing for war incase of enemy attack.

Tongyeong Sebyeonggwan Hall is famous for being the widest building in the Joseon period. Even after restoration work the building retains its majestic feel.

This grand hall has nine rooms in front. And five rooms at the sides.

Of interest is its unusual roofing called paljakjibung. This exotic roof has four edges with curved eaves. The eaves end in corners and they extend gracefully upwards. On the inside, the ceiling has wooden panelling. 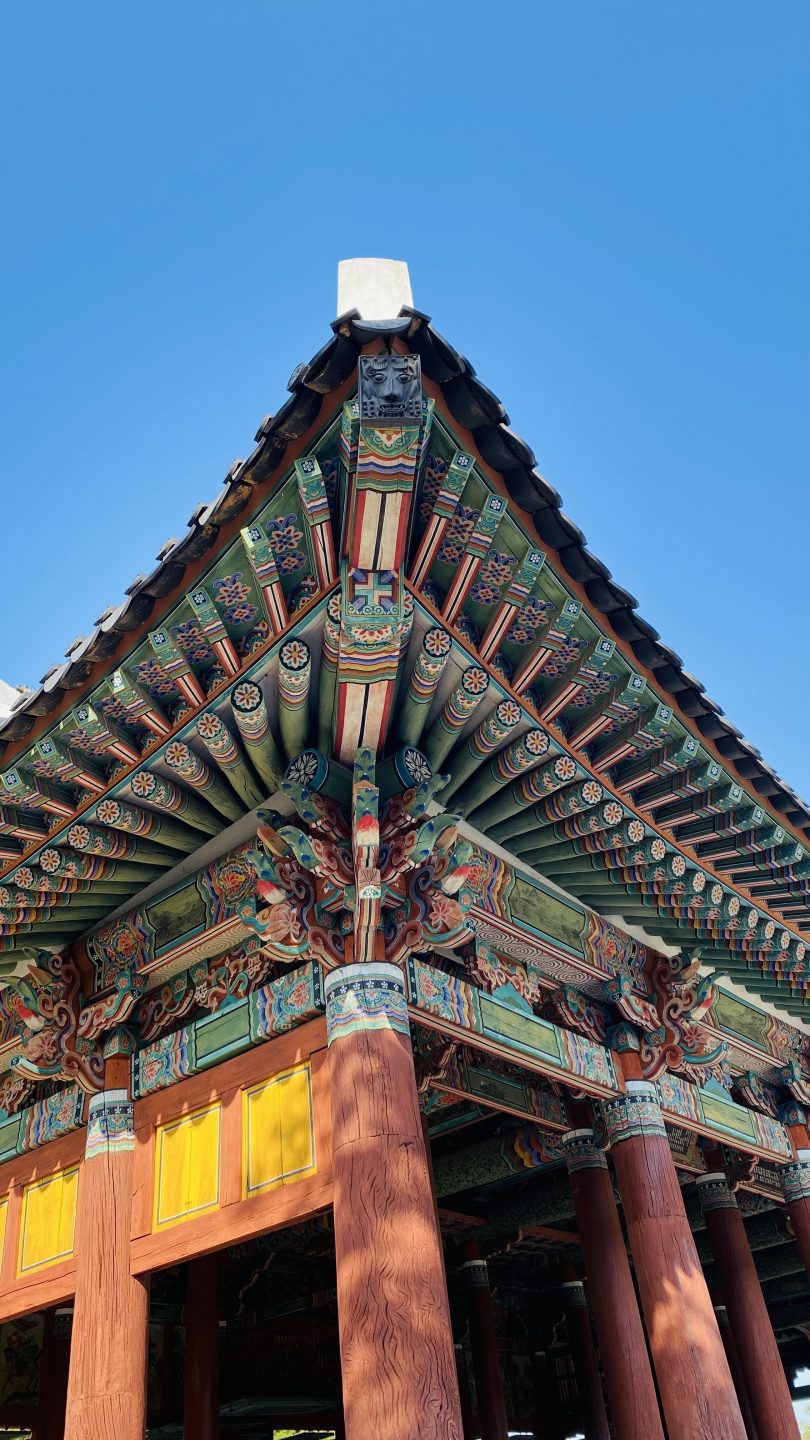 Another unique feature of this room is that it has no doors or windows. Each room is an open compartment with no walls. The hall also has an altar. A red door with pointed spikes looms above it.

The people of Joseon made the wooden floor with an amazing technique. They cut through the ground and made exotic shapes on it. And in the center of the hardwood floor is a raised area. It measures 45 cm in height. And it was made to display actual tablets. In addition, a wooden panel called gwol was built. It was consecrated in honor of the king.

In addition, wooden platforms were also made inside the room. In the past, banquets were held on platforms.

Sebyeonggwan Hall has a granite base. At the top of the base there are 50 round wooden columns and they have a deep red paint. Their tops also have intricate carvings and patterns called dancheong. Meanwhile, the tile roof rests on these columns.

The lower part of the cornice has interlocking wooden panels. While the upper part has a long wooden panel. It is decorated by a painting of soldiers. 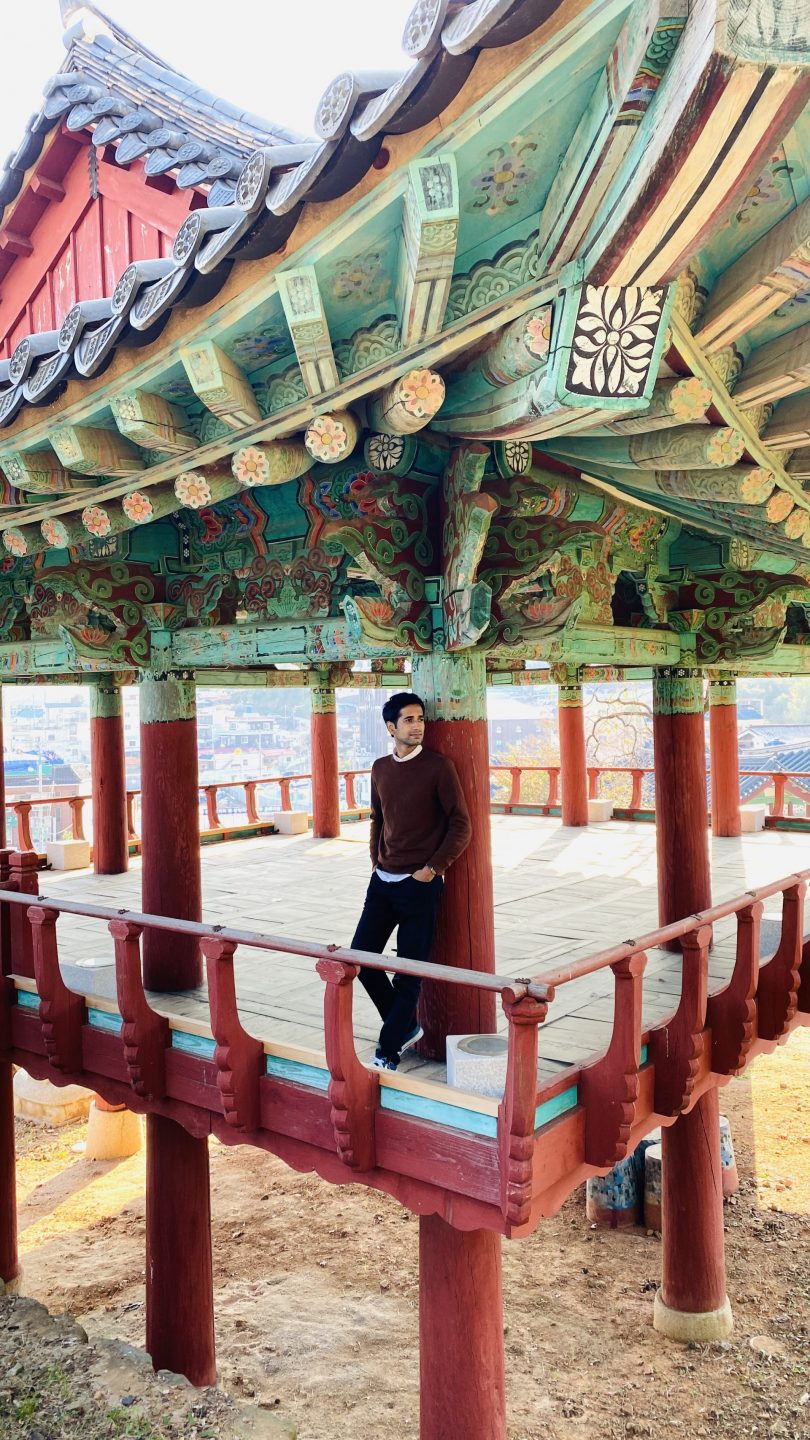 Also check out these top instaworthy places in Seoul!

There is no doubt this is one of the most elegant buildings in Korea. Historians and artists all value it for its beauty. And, it should definitely be on every architecture lover’s bucket list.

And If you are a fan of historical k-dramas you will also enjoy exploring this building. You can almost imagine a brave nobleman walking among the red columns of the hall.

But , wait there’s more! Did you know visitors can experience archery at the Tongyeong Sebyeonggwan Hall? The management has set up an archery station within the compound right next to the entrance. So, pick up a bow and arrow and experience the life of a Joseon soldier. Aim and shoot! Did you hit the bull’s eye?

Also, don’t forget to check out this awesome library in Seoul!