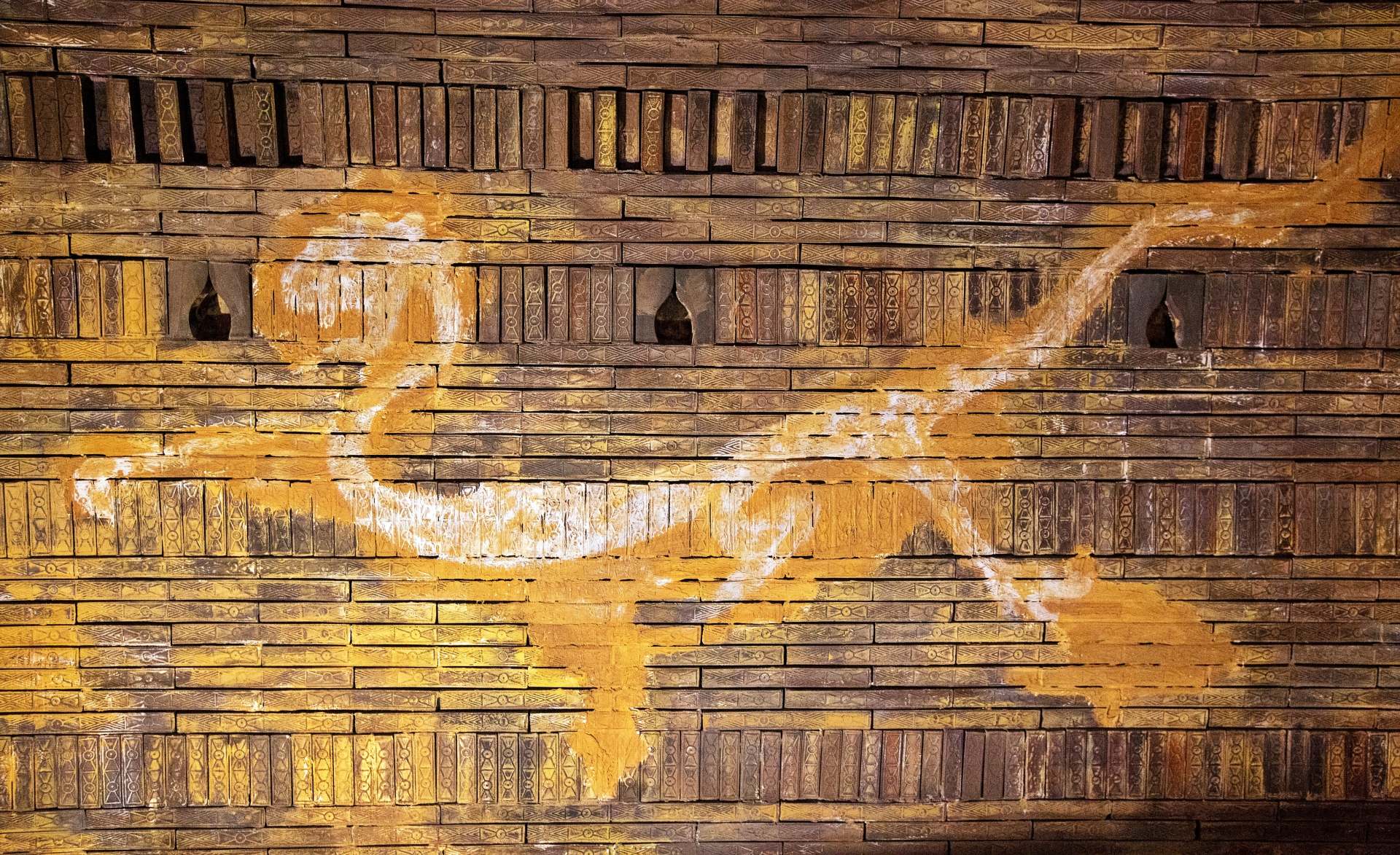 The Baekje Kingdom and King Muryeong 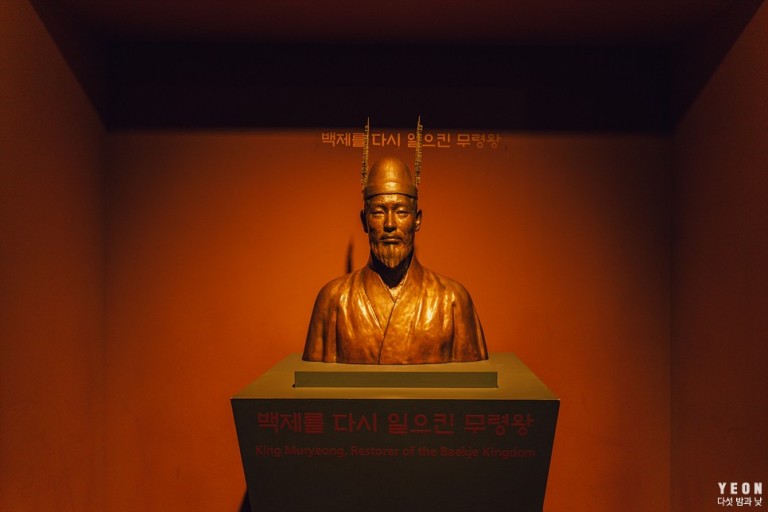 King Muryeong was the 25th king of Baekje during the Three Kingdoms Period. Baekje took the southwestern region of Korea from 18 BC to 660 AD. During this period, the city of Gongju and Buyeo were important areas. Buyeo was the last capital city of the kingdom, from 538 to 660 AD. Before that, Gongju received the title, from 475 to 538 AD.

Gongju being this important, received not only many possibilities of interactions with the external World, but also was the burial place of important figures, like King Muryeong.

The tomb itself intrigued historians from before its discovery, up until after its exploration. To begin with, the tomb was not found until 1971, by accident.

Considered the 7th tomb of the Songsan-ri tombs (공주 송산리 7호분), it was first excavated on July 7th, 1971, after some workers hit something hard while repairing water drainage issues on tombs 5 and 6. They were surprised to find the entrance of the tomb completely closed and intact, meaning that it was not found by grave robbers.

The first excavation was the first time in which the bodies of the king and queen were seen in more than 1,500 years.

The exploration began, and a few things rapidly gained attention.

First, this was one of the only tombs in Korea that could be identified immediately. Second, the construction of the tomb was different from others in the area. Third, the coffin was intact even though so much time had passed.

This mystery was the first to be solved. Since the tomb was not robbed, everything inside was as it was supposed to be, of course considering the passing of time and natural decay. With that, right by the entrance, a stone was found with inscriptions explaining who was buried in the tomb. In this case, not only King Muryeong was present, but also the queen.

Note: Sima was the childhood name of King Muryeong.

From there, the mystery was instantly solved, as the stone answered all of their questions immediately.

Different from most tombs found in the region, the tomb of King Muryeong was built as what they call an oyster-shaped brick tomb. Brick tombs were not common in the period. In the case of tomb number 7, the arched ceiling and layout of bricks stood out, and lotus flower motifs imprinted on the bricks indicated that the construction was not Korean. 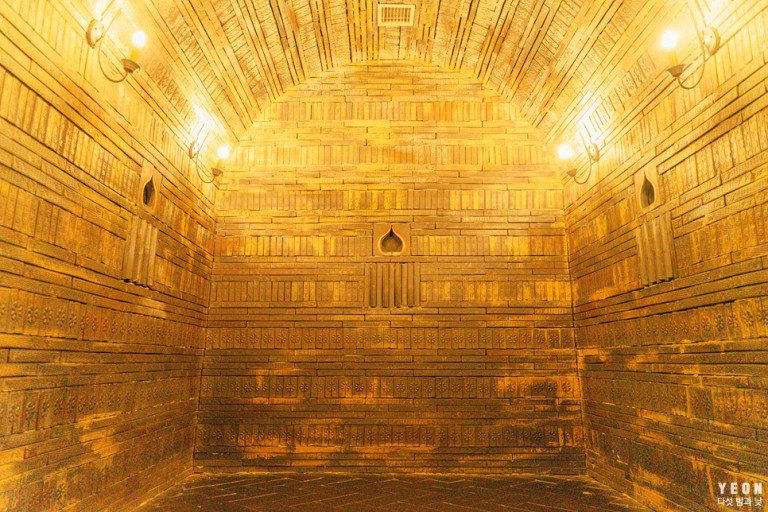 The only tomb similar to this in all of Korea was the one close to it, tomb number 6, which was the resting place of another king of Baekje. After further investigation of the stamps, the confusion was solved. The bricks were carved similarly to the style seen in the Liang Dynasty of Southern China, which included modern Hong Kong and Shanghai.

It proved, with one more fact, that the Baekje Kingdom had many commercial allies and it was a door of communication to other important areas of the globe, including China.

Another unusual finding at the tomb of King Muryeong was the coffins in which the king and the queen were put. After so much time, the coffins (made of wood) did not decay. With this amazing finding, it was possible to understand the exact size of the coffin for the first time. The only question left for historians was how it managed to be preserved after so many years. 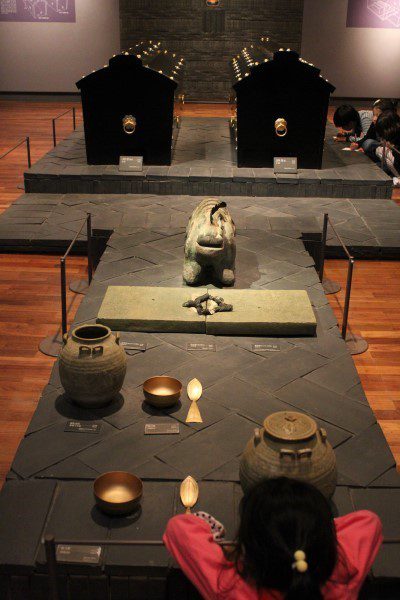 The answer was again that Baekje and King Muryeong were extremely advanced when it came to trading with the outside kingdoms. Thanks to the expansion of commercial ties during the period, a special wood was sent as a gift to King Muryeong from Japan.

In this case, the coffin was made with Japanese Umbrella Pinewood. This wood is known to be extremely resistant to humidity and in Japan, because it was considered sacred, only the ruling class was allowed to use it.

The tomb of King Muryeong, together with the Gongsanseong Fortress, and the Wangneungwon (royal mausoleum), was recognized in July 2015 by UNESCO as one of the World Heritage Sites under the name of “Baekje Historic Sites”.

If you have a chance, visit the site in Gongju. It is a great way to learn more about Korean History visually.

Want to learn more about the history of the Baekje kingdom? Click Here to discover the wonders of Gongsanseong fortress!