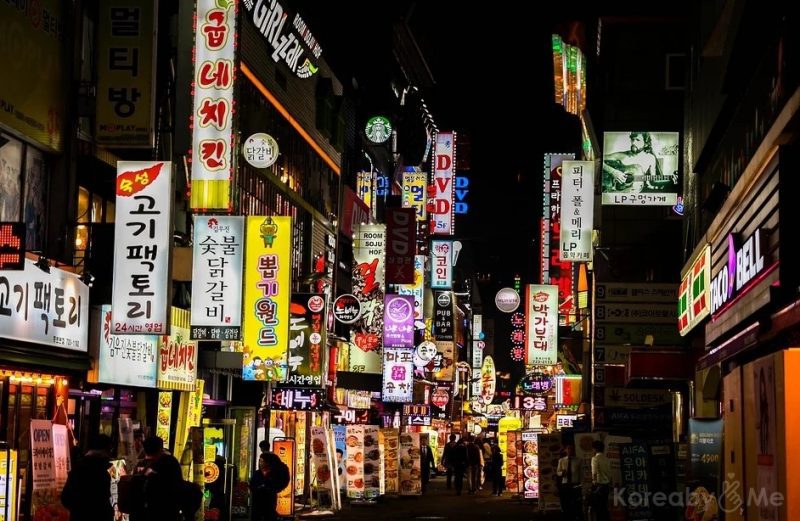 Tips For Foreigners Living in Korea

Like birds, people love moving around from places to places hence there are so many foreigners in Korea, too. In all parts of the world, especially the developing countries, primarily in Korea now, there are so many foreigners in Korea. Although it’s not as easy living there as it is to live in America, England, or even Canada since English is a universal language for all.

There are still so many tips for foreigners living in Korea that we’ll talk about, below. If you’re planning to move there permanently or for at least a while, do check the article below and you’ll find so many useful tips and tricks.

Table of Contents
What To Expect In Case Of Jobs
Clothing, Language and Other ‘Barriers’
Cost Of Physical Living For Foreigners In Korea
Transportation; Local Or Personal

What To Expect In Case Of Jobs

Remember, although it’s very necessary that you learn Korean at least the major sentences Hangul, the Korean writing way is a  major necessity to live in Korea. On your way to work, you might see some Korean traffic signs which you ought to learn. In the work environment, expect to work long hours and spend even weekends there as Korea is a progressing country struggling every night and day.

Clothing, Language and Other ‘Barriers’

In Seoul, women typically like to wear skirts up to knee length. They’ll wear skirts with calves n-aked and that’s normal but if you see a girl with a little bit of cleavage or bare shoulders, they’re looked down upon by the local community. Fashion sense is quite unique in Korea and foreigners in Korea keep that in mind, too. In the case of language, Koreans prefer Korean and English is kind of looked down upon. If they see you talking in English they’ll shout “Speak Korean!” or “Stop Speaking In English!” in Korean. Remember not to pay attention because obviously, as we said before, English is a universal language anyway.

And for guy foreigners in Korea, don’t show up in a rolled-up sleeve to work or half-torn shirt. Even loose buttoned shirts are considered weird in office work.

Cost Of Physical Living For Foreigners In Korea

In migration, immigration, or even for tourism, the cost of renting a house or an apartment is usually observed thoroughly and beforehand. The monthly rents for apartments in different areas are obviously different but don’t expect too much. Also, don’t be too relaxed mentally and keep a couple of thousand bucks in your bank account.

However, being a teacher in Korea has its own great benefits which is considered one of the best jobs there. Most foreigners in Korea go for the teaching profession for the very purpose of free apartments that schools provide their teachers. As a teacher, you might get an allowance or the school will pay rent for your apartment

Read more: Easy and cheap way to get your Korea visa and relish the tour

Commuting tickets; one-way cost d 1,250 won (Korean Currency) and it’s 1,550 won within Seoul if it’s two-way which is a pretty big deal if you travel a lot. You can either take the bus or even subway from this same ticket, so that’s a win-win situation.

Besides these two systems, taxis work pretty well. But foreigners in Korea typically use the subway as it’s a cheaper option, saving whole lotta money! Although, the subway stops working at night and a taxi is your only option. Note that the fare is quite high at night time and some taxi drivers can even refuse to take you to places. But know that it’s absolutely illegal and you can file a report against the driver if they charge high or refuse to serve you.

Personal cars aren’t very useful within the city especially if you have to go to work. People mostly crow the roads and it will take you to double, if not triple, the time to get to your destination.

Read more: Your problems of getting quality food delivered is now solved

An Overview for Foreigners in Korea

Although there’s always a great amount of danger and warnings among South and North Korea for wars. South Korea is quite safe. The danger of war is still there but they know it Seoul as one of the safest cities in the world. Especially for foreigners in Korea. The crime rate is extremely low especially in Seoul so that’s one less thing for you to worry about.

In the case of food, one thing you should know about is the excessive amount of sugars. They add it in Koreans’ food even the salty things such as pasta sauce or pizza sauce. Rather than robbers, beware of the sugars whilst in Korea!

Korean food is typically cheap and amazing in taste as well. They have huge varieties of seafood that people love and the Korean Barbeque; the spicy Samgyeopsal is to die for! Rice goes along with almost everything Koreans eat. And foreigners in Korea have no problem in looking for the best food places. As there aren’t any that are despicable anyway.

One thing to keep in mind before you fully move to Korea is to keep a couple of thousand dollars in your bank account. Because obviously, you never know what could happen in a totally different and new country!