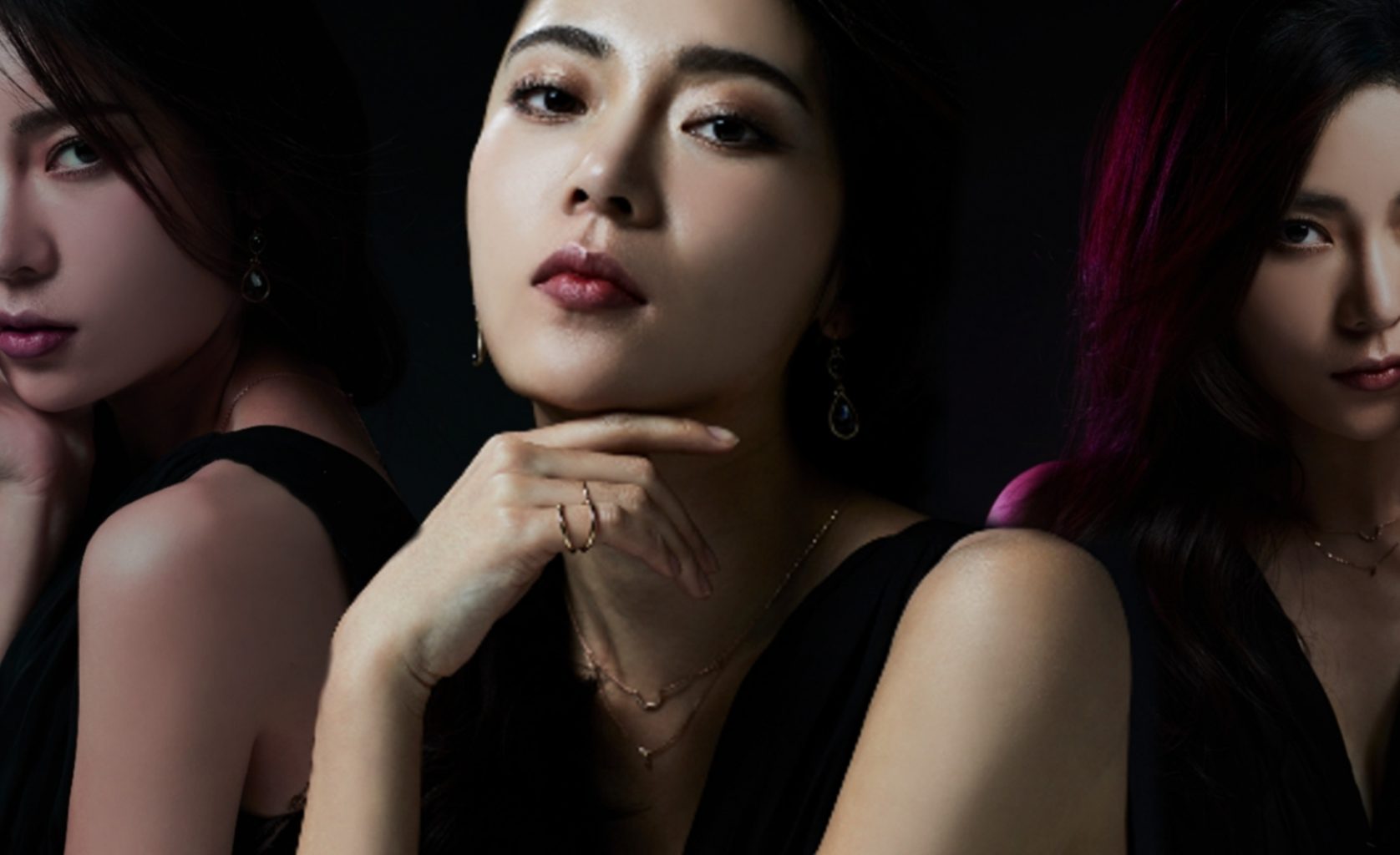 In most Korean myths and legends, we mainly hear about the fall of kings or the mighty heroes who save ancient kingdoms. However, we rarely come across their female counterparts. Women in these stories seem to play the role of the damsels in distress and are a far cry from their male equivalents. However, in this article, we will learn about the three legendary women in Korean mythology who are total badasses. 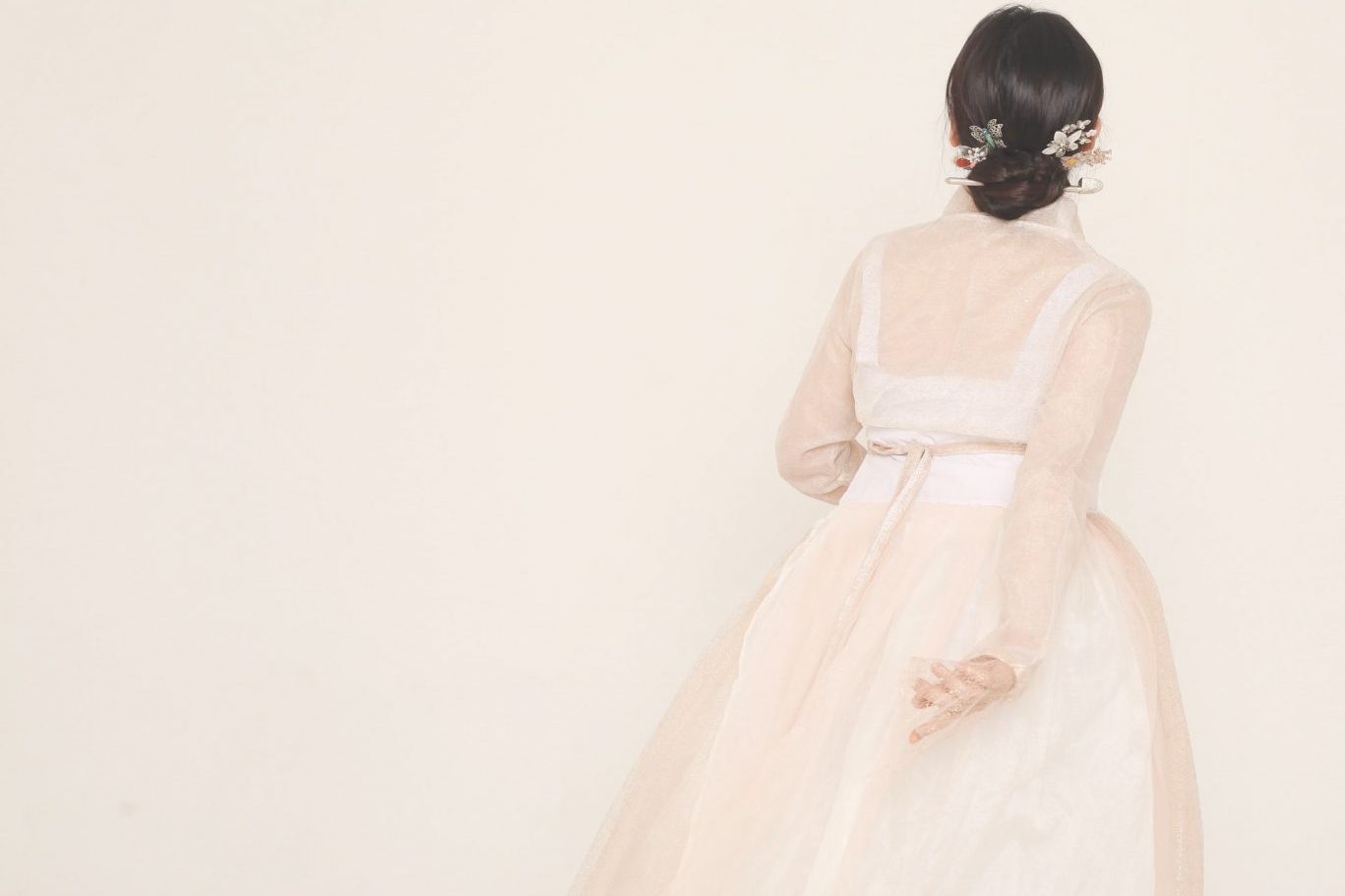 To start off, we will begin with my favorite, Princess Bari. The story of Princess Bari shows us a different kind of filial piety.

Her story starts when her father and mother, the king and queen, were warned not to rush their wedding. They defied the taboo and ended up being cursed, only giving birth to daughters. When Princess Bari was born the spiteful couple, abandoned her simply because of her gender. She was then found by an elderly couple, who raised her. Thus, earning her name, Bari, meaning abandoned.

One day, the king and queen fell ill from an unknown disease, and the only way they could cure their disease was with an antidote that could only be found in the underworld. They asked the six daughters they had raised to travel to the underworld but were turned down. They then turned to the daughter they abandoned.

Princess Bari accepted and, disguised as a man, she traveled to the underworld. Once there, she came across the lord of the underworld, Mujangseung. He offers her the cure on one condition, that she marries him. She agrees and gives birth to seven sons.

Once she acquired the cure, she traveled back to the human realm along with her husband and sons to save her parents. They come across a young scholar who tells them that the royal funeral was ongoing. Still determined, Princess Bari rushed over to her parents and administered the cure, bringing them both back from the dead.

Princess Bari is then made the Goddess of the Underworld, in charge of leading the souls of the dead to their resting place. Her husband, Mujangseung, is made into the Guardian King of the Underworld, while her sons become the seven-star constellation. 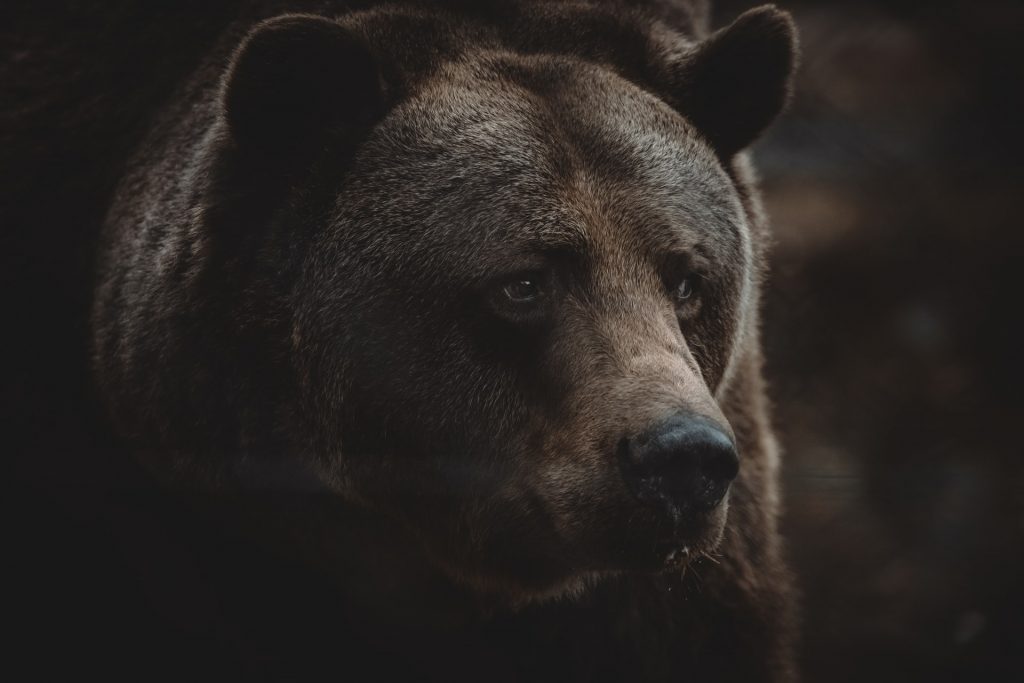 The story of Ungnyeo is one of the popular myths in Korea. Ungnyeo is part of the most important myth in Korean mythology, as she bore the first founder of Korea. Her story starts off when she was still a bear. The bear and the tiger approached Hwan-ung, son of the heavenly lord, and asked him to turn them into humans. He then gave them a trial before granting their wishes. The bear and tiger had to stay in a dark cave for 100 days and eat nothing but twenty heads of garlic and a sack of mugwort. The tiger, frustrated from the hunger, gave up and left the cave. The bear, however, persevered and reached her goal. The bear then transformed into Ungyeo, meaning bear woman.

Now that she was a human woman, Ungyeo desired a child. She went under the holy tree of sandalwood and prayed. Hwan-ung, moved by her prayers, turned into a human and married Ungnyeo. Between them, a child was born. The child’s name was Dangun, the first founder of the kingdom of Gojoseon.

The bear can be seen as a land god and a totem in certain cultures as the uterus of the land. Therefore, Ungnyeo is considered to be a deity in Korean mythology as a Goddess of the Land. Her son, Dangun, was considered to be of divine descent, as his father was a sky god and his mother a land god.

What we can take away from the story of Ungyeo is a woman’s undying will and perseverance to get what she wants.

Want to read a less common werebear legend? Click Here to read the story of the Werebear of Gomanaru Pine Forest.

The Wonhwa: Women Warriors of Silla 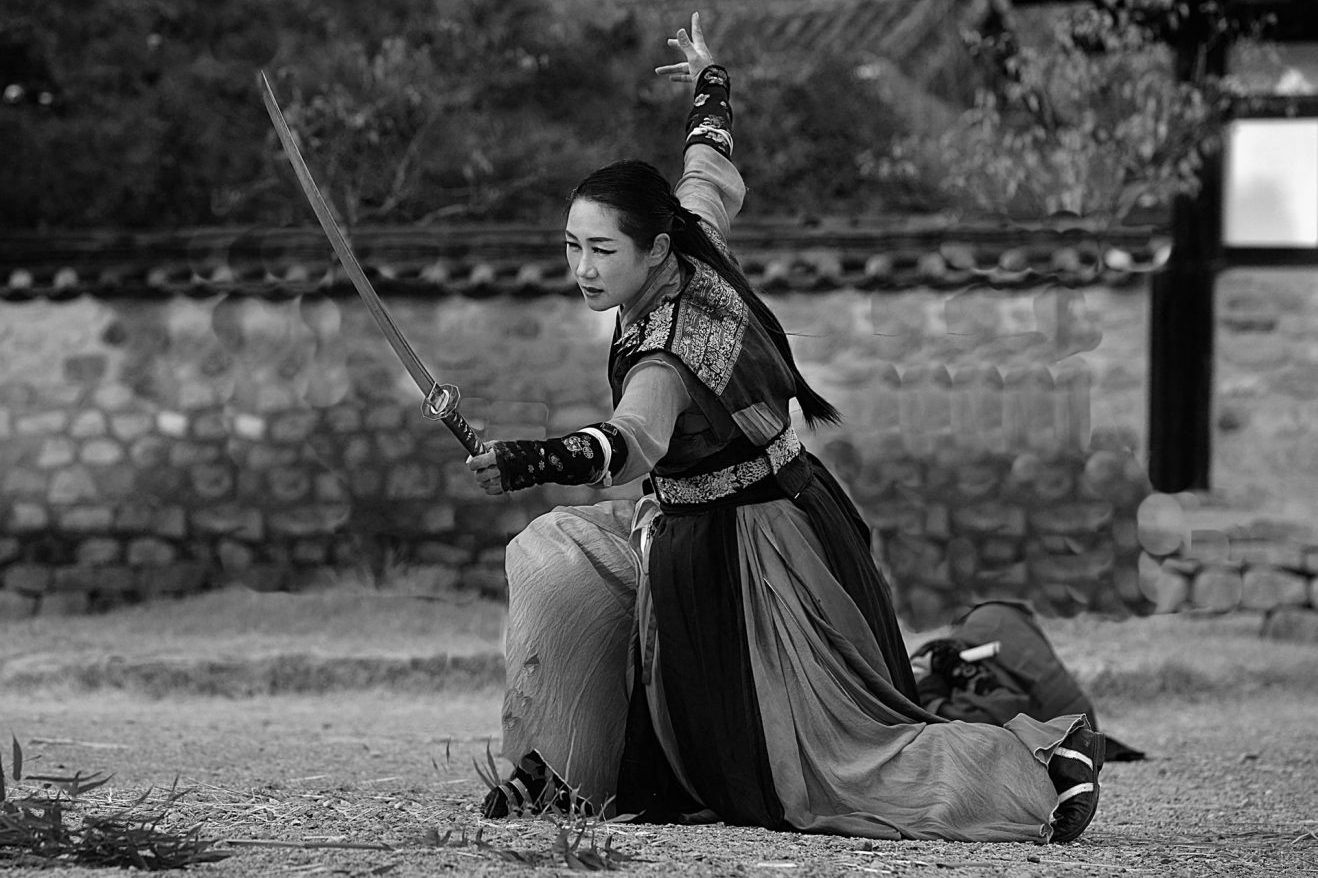 The story of the Wonhwa is not about just one woman, but about 300 women. The legend of the Wonhwa started in one of the Three Kingdoms of ancient Korea, Silla. The Wonhwa were a group of warrior women, known for their beauty and skills on the battlefield. This group of fierce all-female warriors was assembled by King Jinheung of Silla.

The Wonhwa were led by two women, Nammo and Junjeong. Both parties were known to be jealous and spiteful of the other and did not get along well. One night, Junjeong asked Nammo out for a drink.

Not finding this one bit suspicious, Nammo agreed and drank together with Junjeong. After a couple of drinks, Nammo began to feel a bit intoxicated, however, it all was going according to Junjeong’s plan. She kept pouring drink after drink for Nammo until she was completely drunk. Then, Junjeong finally carried out her plan and murdered Nammo at the north stream.

The next day, Nammo’s subordinates found her to be missing and went in search of their leader. They even made a song for the children in the street to sing to aid in their search. They finally found Nammo’s lifeless body, and Junjeong was put to trial and sentenced to death by King Jinheung. With this, the Wonhwa were abolished and the Hwarang, an all-male warrior class, was created.

There is not much to take away from this story, morality-wise. However, I found it amazing that there was an all-female warrior class way back in ancient Korea. It reveals some of the ways that gender roles have changed throughout Korea’s long history.

There should be more stories unearthed of women in Korean mythology, whether they are filial heroines, patient land goddesses, or envious villains. It would be interesting to tell our children, friends, and families about myths and legends where a woman was the main character in a sea of kings and heroes. Let me know if you have heard of any other women in Korean mythology – heroine or villainess!

Songhwasan Doseok-Myeon at Konkuk Uni...
Travel back to the Goguryeo at the Na...
Coex, Mall or Library?
Things You Can Do At Songdo Central P...
What to do in Gwangalli Busan
6 things you must try when you visit ...
How I spent my second spring in South...
Four Trendy and Famous desserts in Se...
Total
2
Shares
Share 2
Tweet 0 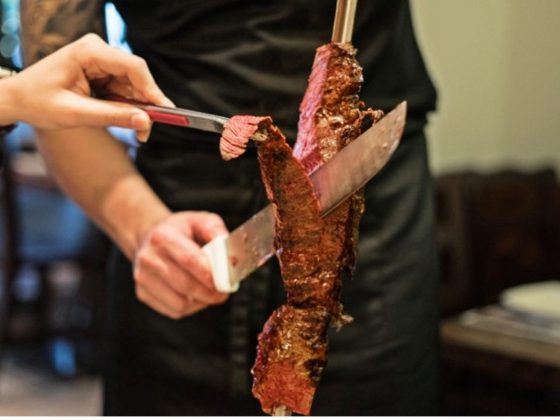 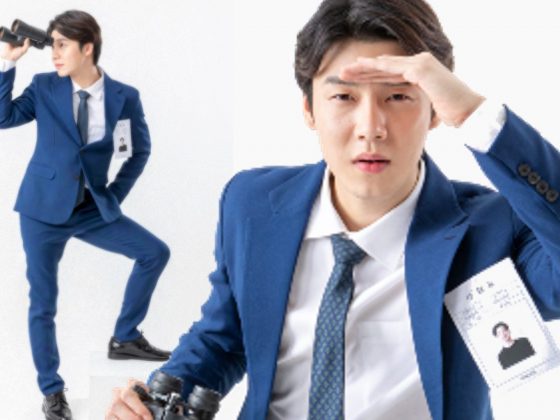 What To Do If You Lose Your Wallet in Korea