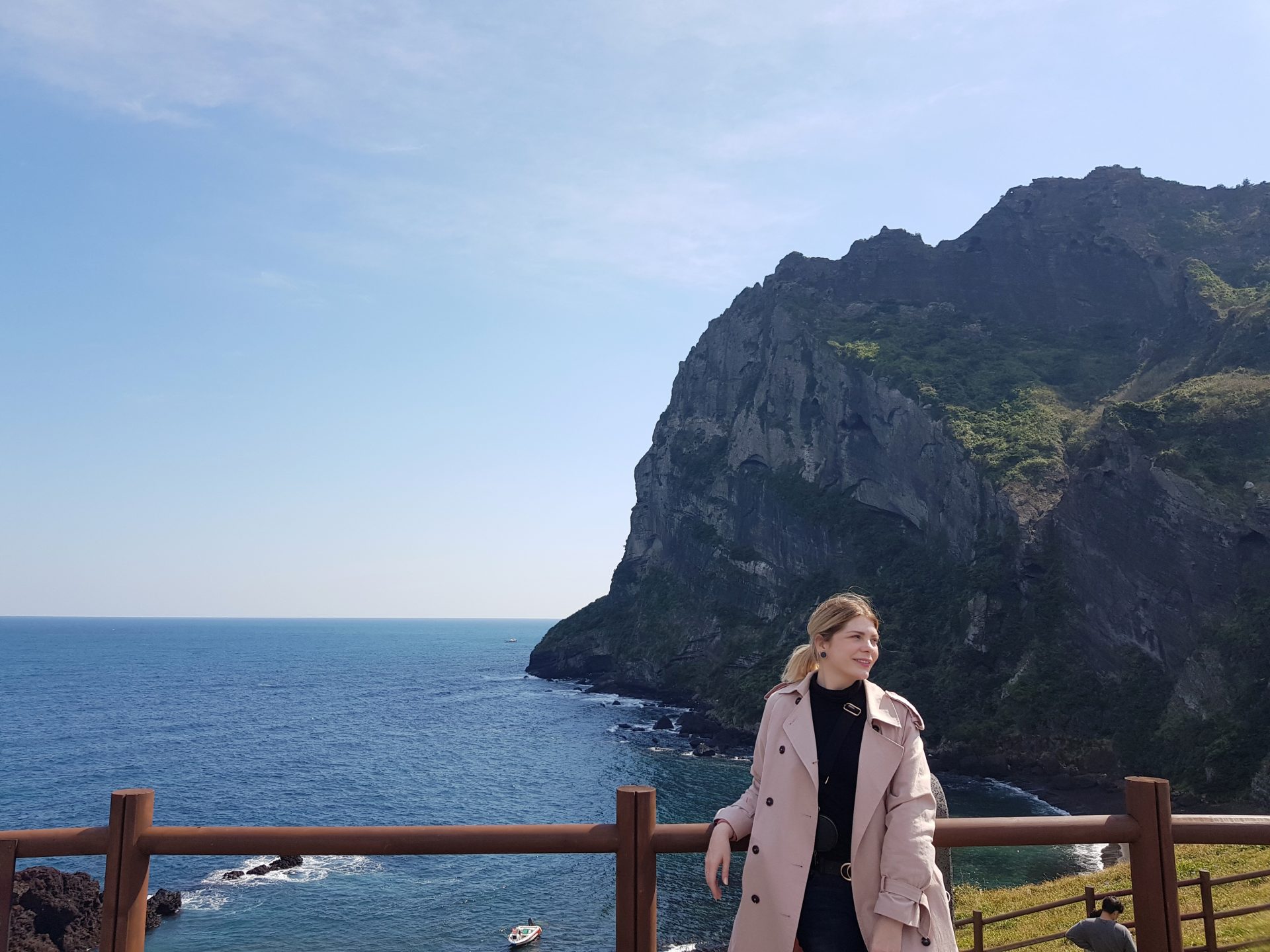 Jeju Island is considered one of the most popular tourist destinations in South Korea. Not only international tourists, but also Koreans visit the island.

But what exactly can you do in Jeju? There are many possibilities – the island offers a lot of nature, food and unique landscapes. As one of the most popular hobbies of Koreans, hiking and exploring nature is very high on the list.

Seongsan Ilchulbong Tuff Cone
Seongsan Ilchulbong Tuff Cone rose 180 meters above sea level due to a magma flow under the sea over 5,000 years ago. It was originally a separate island, but a build-up of sand and soil has connected it to the main island. A large crater, formed by the hot lava mixing with cold ocean water, is located at the top of Seongsan Ilchulbong Tuff Cone. The crater is about 600 meters in diameter and 90 meters deep. It has been featured in films, and was originally used for agriculture, but has now been given over to a field of silver grass. From the summit, visitors can see Udo Island, as well as take in the magnificent sunrise. The tuff cone area was designated as a natural reserve on July 19, 2000.

One sightseeing spot that offers breathtaking views is Seongsan Ilchulbong Peak. The top of this UNESCO heritage can be reached within an hour and the trail is also suitable for beginners. Once you reach the top, you will be offered an unforgettable view. My tip is to come here at sunset!

Another place you can visit on Jeju island is Seopjikoji. Along the coast you can see the waves crashing against the rocky cliff sides. It’s unforgettable and definitely an impressive experience!

Seopjikoji
Seopjikoji gets its name from its shape, jutting out to sea, with ‘koji’ being the Jeju dialect for a cape. Located just south of Seongsan Ilchulbong Tuff Cone, the cape is a popular tourist attraction. The tuff cone along with a beautiful vista of the ocean and fields of canola flowers can easily be seen from the peak of Seopjikoji. On top of the hill stands a beacon fire station, reaching 4 meters in height with a diameter of 9 meters, built using volcanic rocks. Behind the beacon fire station is Bulgeunoreum Volcanic Cone, vibrant with red soil. The white lighthouse atop the cone stands out in contrast. Seopjikoji has been used as a filming site for many Korean movies and dramas.

So, which place would you like to visit in Jeju? 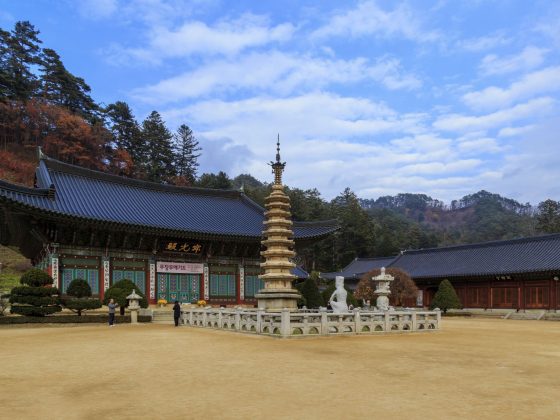 Three famous temples you should visit in South Korea 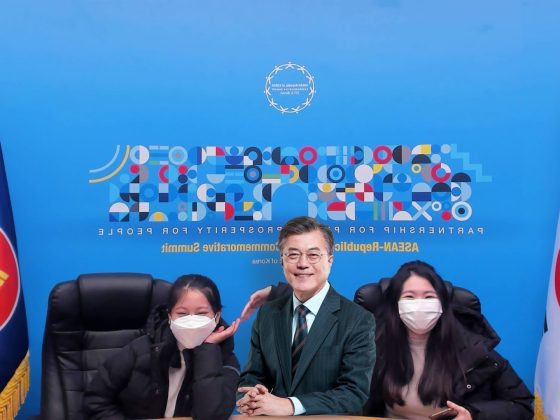