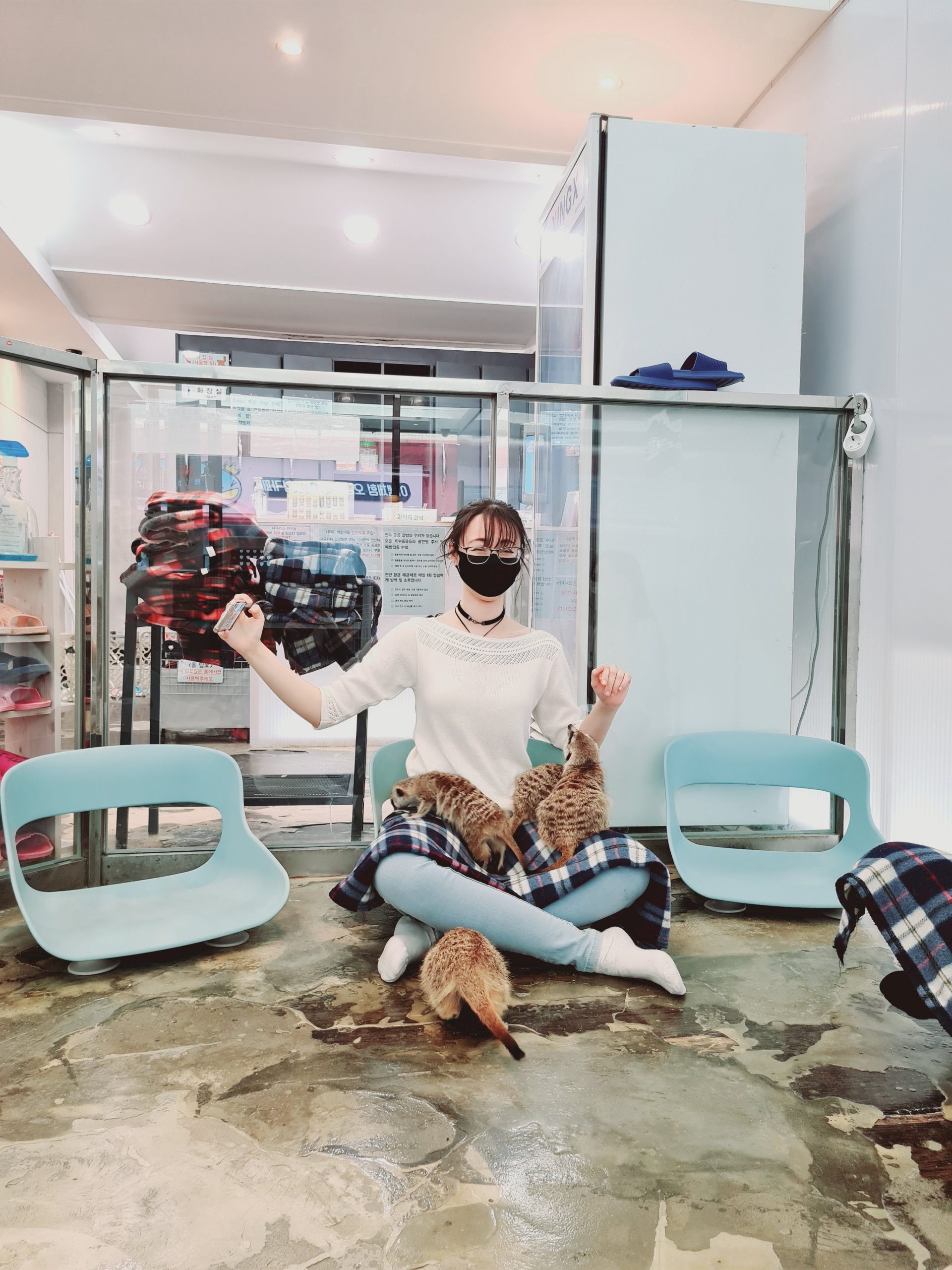 One of the things that I most enjoy about South Korea, is that I can never get bored since there is always a place totally different from what I have seen in my home country. This time I found out about a themed cafe in Korea, most specifically in Daejeon that has puppies and some quite unique animals: Racoons and Meerkats!

This Idea came out when I decided to plan something different for a friend of mine’s birthday who is also in South Korea to study the language, culture and history. I wanted to make her a surprise since she doesn’t know many places, specially where we are currently living and nearby. While walking on Skyroad, located in Jung-gu, Daejeon, I received a folder of the Animals Themed Cafe, and that’s when I decided this would be her birthday’s surprise.

To go inside that cafe you need to agree with some terms that say you will need to be careful with for not hurting or scaring any of the animals. You also need to know they will not be responsible for any accidents if you do not listen to the staff’s instructions and you may be checked out in case major issues occur. It costs  ₩8000 to get in the cafe and is included some snacks for the dogs and getting into the meerkat area.

There is no need to worry about diseases!! all the animals had all the injections and vaccinations needed, but you do need to take care about some things such as using hand sanitizer before playing with the pets (more for their own safety and of course yours too). Please, don’t force the animals up or pull their tails, this might hurt them and even cause you harm in case they don’t like it.

Although it is important to talk about all these precautions, believe me when I say there is nothing to worry about! all the pets were extremely docile and excited to play!

When you get in the first thing you see are the puppies all jumping and trying to get attention! there are four in total, all of them really sweet and happy. You can also get some snacks for the puppies with the staff once you get in and give them some simple commands such as “sit” and “paw”, it is definitely worth it and the puppies are really cute!

On the cafe there is also an area to play with the meerkats. There are four in total but there are some rules before entering this area: you need to sign a paper that you acknowledge the meerkats may scratch you and if they get scared of something or too surprised they might pee on you. It is also necessary to get in with a small blanket they give you and you need to take off your shoes before entering. There is no extra fee for playing with the meerkats.

At first the meerkats were really curious but they did not come too close, but it did not take long until all of them were climbing on me and my friends and trying to get inside our clothes! They were truly light and soft, and a lot smaller than I imagined. Even with the warnings we receive before entering the area, there were no issues and the meerkats kept climbing us and even slept on mine and my friends’ laps.

To play with the meerkats we need to be sitting down and put the blankets on our lap to prevent any pee accidents but honestly, they try to go under the blanket anyways, which tickles a lot! do not say I did not warn you beforehand! Also, they say it is possible that the meerkats might scratch you but there is no need to worry since their nails is not really pointy, so it did not cause any harm or pain.

To play with the racoons it was also necessary to sign a paper saying we acknowledge the racoons may hurt because of their nails and that we might rip our clothes. We were also warned before getting in that the racoon couple could try to take our masks off, so we needed to take of any jewlery to not get hurt in case that happened. To go in, it costs ₩1000,00.

Before getting in, the staff gives you another blanket that you will need to put around your waist as is it was a skirt. We also need to take some slippers they give to get inside. Once we are in, the staff explains that we should not sit down and that we should not keep our faces too close to the racoons (specially the female) because they might try to take off our masks.

Both of them were really cute and the staff gave us some snacks to give them. The cutest thing was to see racoons getting the snacks we gave them with their tiny little hands!! some time later, one of the racoons went to the running wheel and the staff said we could clap to encourage the racoon because she got happy when she was praised and would start running more, and that’s exactly what happened!!

In this cafe there are also some board games and of course things to order, but since we were so focused on playing with the pets we did not order anything.

In conclusion I truly liked going there and I enjoyed every single moment with the pets! if you have the opportunity to have some fun in Daejeon don forget to put this place in your list because it’s worth it!! The cafe name is “너구리와친구들 은행점” and the address is: 대전 중구 대종로488번길 25 3층 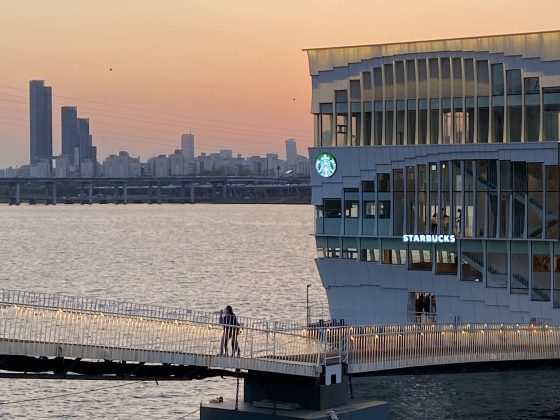 Jamwon Hangang River Park: An Escape Within the City 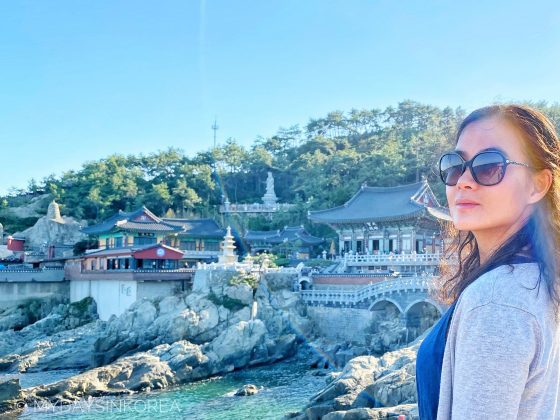