Sungkyunkwan: The oldest university in Korea

Established in 1398 during the Joseon dynasty Sungkyunkwan is the oldest university in Korea, currently located in Jongno, Seoul. In this place where the noble people studied music, law, archery, mathematics, poetry, etiquette, and the rudiments of Confucian philosophy. Sungkyunkan is a place where distinguished characters from Korean history studied. For example, Yi I, a philosopher and writer established as one of the most predominant academics of Korean Confucianism. Also, King Se Jong, known as “the great”, creator of and promulgator of the Korean alphabet Hangeul studied there. In the year 1407 due to a fire, the first restoration took place on the campus. During the Japanese invasions (1592-1598) many buildings burned, including the Munmyo restored in 1601.

The Byeokipjae was a building used for Confucian rituals destroyed by fire in 1784. The building is no longer present on the current campus.

the main building of the property used for ceremonies, conferences, rituals, tests, and other important events, built-in 1398 and restored several times. The two smaller rooms used for faculty research and private meetings.

The name means “Great Hall of Achievement”. The current version of the building rebuilt in 1602 and restored many times. The building’s sign calligraphy is the work of Han Seok-bong, one of the greatest calligraphers of the Joseon dynasty.

A place designed to used to store the spirit tablets of Confucian scholars and other important relics. this building still remains on the campus nowadays.

It was the main entrance to Sungkyunkwan which is located on the east side; designed with three square doors which was the trend at the time. The main entrance is not decorated with ornate or special ceilings, emphasizing the Confucian’s humility concept.

Originally built in 1475 during the reign of King Seongjong. It was the only university library in Korea until 1900. The volumes housed in the library were exclusively Confucian books.

Originally used to store incense and written ritual prayers but eventually used as an office for those who presided over ancient rites.

The building where students ate and where attendance was taken every day.

Used to store the materials for the rituals performed in Munmyo, such as the plates used to contain the food that was sacrificed to the sages.

This building was the office of the people in charge of preparing the rituals, as well as the restoration and maintenance of the Sungkyunkwan gardens.

Used to prepare the sacrificed food and to store the containers for the rituals performed in Munmyo.

Used as the State Examination Hall. originally built in 1664 and rebuilt in 1988. The name means “Lighting the great way”, which is quoted from the famous Confucian Zhu Xi. It has an intricately unique painted ceiling.

This monument was erected in 1742 with a stone stele inside with a message from King Yeongjo which is a reference to how the king would appoint officials regardless of political affiliation according to the “policy of impartiality” known as “Tangpyeong (탕평)”.

It was the parking lot for the king’s palace.

One of the main attractions for visitors is the legendary Ginko tree located in the center of the property. The Ginko tree has symbolic value for Confucianism since according to the story Confucius loved to read, meditate and teach his disciples under a ginkgo tree.

The tree is about 400 years old, planted by Yun Tak (1472-1534) director of the Confucian national academy. The most suitable time to visit this place is in autumn, where the Ginko tree becomes a radiant yellow tree. 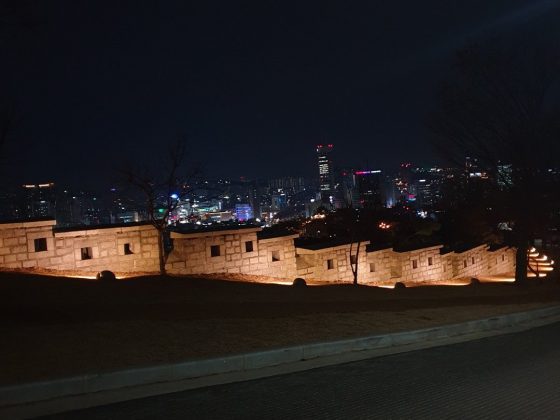 Night walks in Seoul: best parks in the city 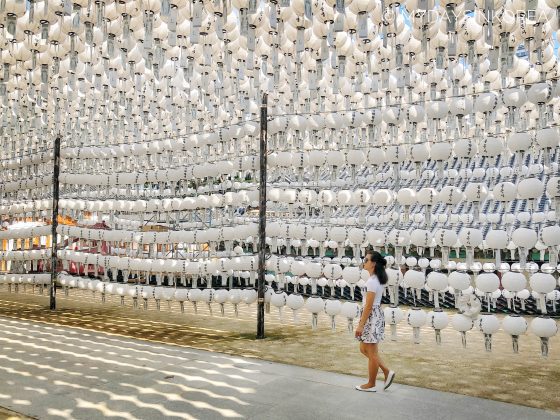