While you’re in South Korea, most people assume that every Korean person they see is from the South. But, there is actually a considerable number of North Koreans living in South Korea. The North Korean community has their own identity and unique set of challenges they face throughout their daily lives in South Korea.

South Korea’s Ministry of Unification estimated that 33,826 North Korean refugees are currently living in South Korea. At peak migration, each year thousands of North Koreas would escape to the South. However, the number has declined significantly to 29, 63, and 11 from 2020 to 2022.

Another estimate from Woorion (an NGO which helps refugees’ resettlement in the South) said that more than 30,000 North Korean refugees are still living in hiding in China.

Why Refugees, Not Defectors

Now at this point, you may wonder why I use the term ‘refugee’ instead of ‘defectors’ (talbukja, in Korean).

‘Defector’ refers to a person who switches sides because of politics and ideology. Shortly after the Korean war, during Park Chung-hee’s regime, the act of North Koreans fleeing the country was politicized. As a result, defectors were seen as heroes and called defectors.

Then, when the Cold War ended, there was another shift in the perception. Defectors are seen as ‘brethren who return to homeland’ and they will be treated as ‘us’ after their resettlement in South Korea.

However, after famine hit North Korea in the mid-90s, more and more North Koreans escaped from their homeland due to starvation. The current wave of refugees mostly escaped for economic reasons. Therefore, South Korean public perceptions of North Koreans changed from ‘brethren’ to ‘foreigners’ (‘them’). The term ‘defector’ has grown to have a derogatory meaning, especially for people from the North.

That’s why the North Korean community in South Korea prefers to be referred to as refugees rather than defectors.

Escaping from the North

The distance between Seoul and Pyongyang is 196 km, much closer than Seoul and Busan (329 km). Even closer, there is only 26 km between Paju and Kaesong on opposite sides of the DMZ. There are a few cases in which North Koreans have escaped through the DMZ, but the chances of success are very low due to the extreme danger along the borders.

North Koreans usually escaped through the China-North Korea border. Once they reach Chinese territory, they have to lie very low (and hide) so that they won’t get deported. The Chinese government has an agreement with the North Korean government to deport all refugees. Once they are deported, they will be sent to prison camps to die.

From Chinese territory, they have to reach Southeast Asia and contact the South Korean embassy to finally enter South Korea. They can also choose to go to a third country, like the USA. North Koreans are automatically South Korean citizens according to the Constitution of the Republic of Korea.

Resettlement in the South

Once they have reached South Korea, the NIS of South Korea will do some background checks on them. Then, the refugees will be sent to an ‘education institution’ called Hanawon. 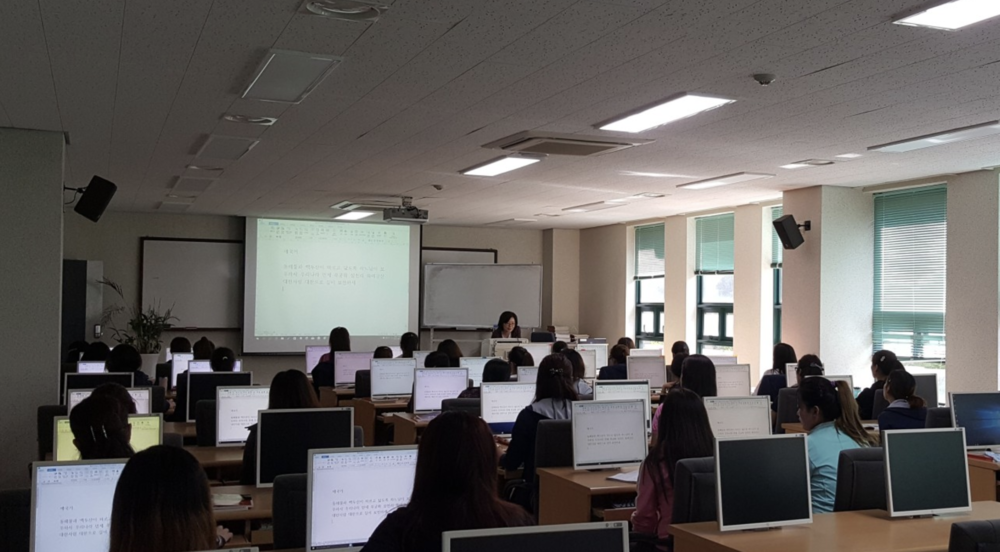 At Hanawon, they spend 12 weeks learning about South Korean language, culture, and society. The education includes topics such as how to board public transport and do banking transactions.

After graduating from Hanawon, the South Korean government will give them 6,000 to 32,400 USD as a settlement subsidy and 13,300 to 19,100 USD as a housing subsidy. North Koreans also received free education in public schools and universities.

However, do these benefits make their resettlement easier?

NGOs for the North Korean Refugees

From a financial side, the subsidies can certainly help to a certain extent. Yet they still have to face multiple challenges in resettlement. Firstly, because South Koreans view them as ‘foreigners,’ they face a lot of discrimination in life, especially in the job market. It is already hard for North Koreans to compete with highly educated and competitive South Koreans. Often, they even need to hide their identity (including their accent) to find a blue-collared job. Many of them end up having economic difficulties.

Secondly, they are unfamiliar with the whole system, from education to law, which puts them in a vulnerable position. I happen to meet North Koreans who are studying at universities here and they said it is very difficult for them to follow the lessons. They have to study even harder than South Koreans who are known to be studious.

Therefore, there are a lot of NGOs in South Korea which aim to help the resettlement process for North Koreans. One NGO provides consultation to North Koreans for education, living, law, medical problems, etc. Another one provides a service to get them out of North Korea and also helps with resettlement.

These NGOs usually have Youtube content with North Koreans to provide insight into their lives as people and try to reduce bad prejudice against them within South Korean society. There are also some North Koreans who have their own Youtube channels to interact with people from all over the world, for similar purposes.

One of the biggest prejudices North Koreans face in South Korea still stems from Korean war politics. “Are they spies?” 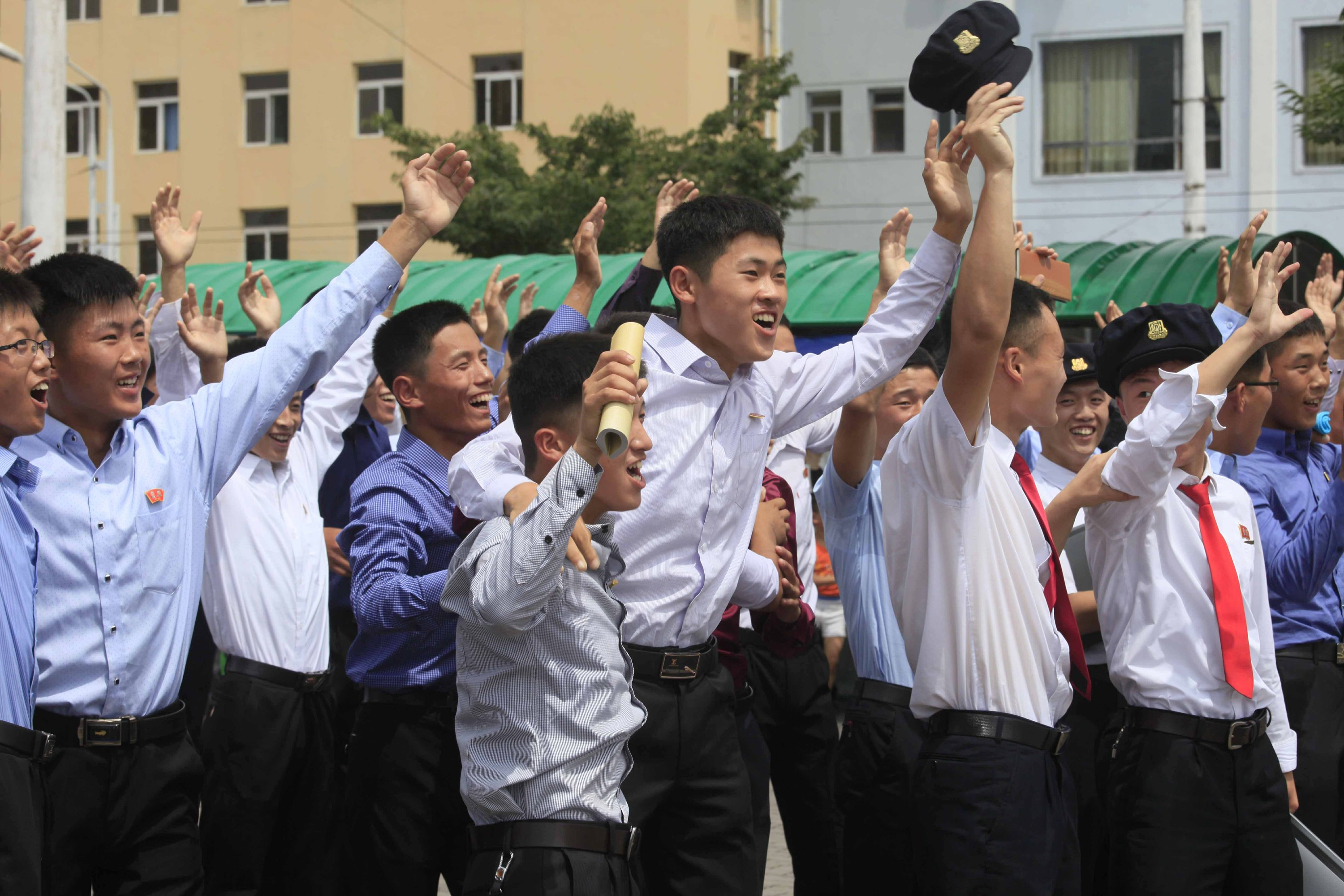 Honestly, this is a recurring response I get from other people when I tell them I met and made friends with North Koreans here. Admittedly, North Korea is an enigma and not many people know about it, except for Kim Jong-Un and his missiles.

But, I always remind them that there are around 25 million ordinary people who live their lives and try to survive every day, just like the rest of us. These people do not deserve the bad prejudice against them, just because of how their government acts.

The North Korean community in South Korea is not a huge one and tends to keep to themselves. But once I got to know them, I think they are some of the nicest and warmest people I have ever met.

I met them through an informal gathering held by one NGO, and through a volunteer program held by another one. At the informal gathering, they presented to foreigners about their lives in the north and here in the south. They also brought some North Korean traditional food.

I have been volunteering to teach English to one of them for the last 1.5 years through an NGO program. This activity enables me to give direct help to North Korean people here and get more acquainted with their community. Based on my experience, the students are trying their best to learn English despite their packed schedules.

Through this program, I also participated in more community events, like speech contests and small exhibitions. I find that this kind of program will help foreigners in Korea (and Koreans who can also volunteer) to shed the negative prejudice against North Koreans here by getting to know refugees as actual people who are not different from the rest of us. Most of the refugees have been through hell to escape and struggle throughout their resettlement here. I can learn a lot from them about being brave and resilient in life.