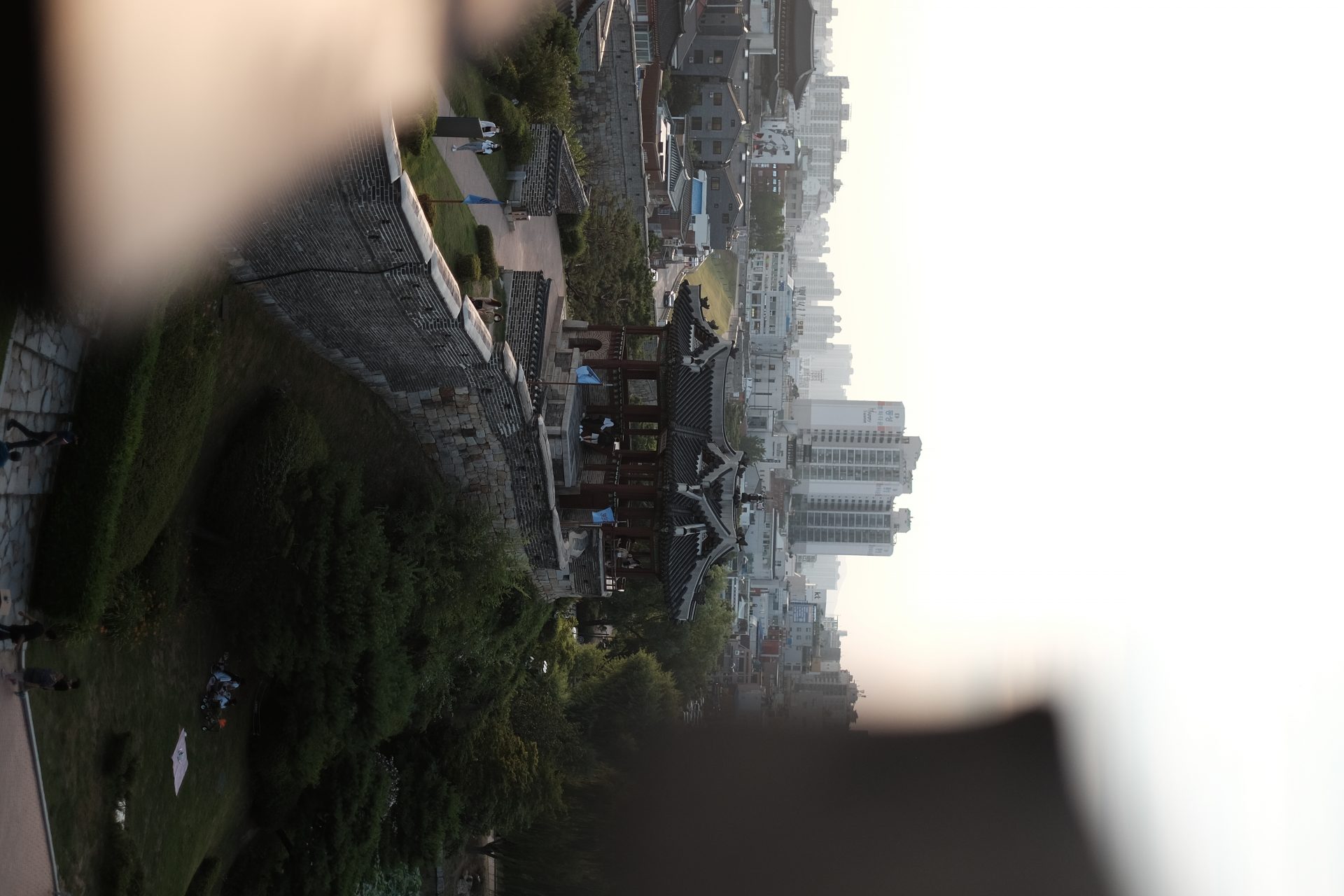 Do you know South Korea owns an UNESCO heritage place? An easy day trip from Seoul, the Suwon Fortress (Suwon Hwaseong) is a massive and frankly underrated place to visit! Instead of those temples and palaces that mostly visited throughout the country, Suwon Hwaseong is one of the properties inscribed on the World Heritage List since 1997. 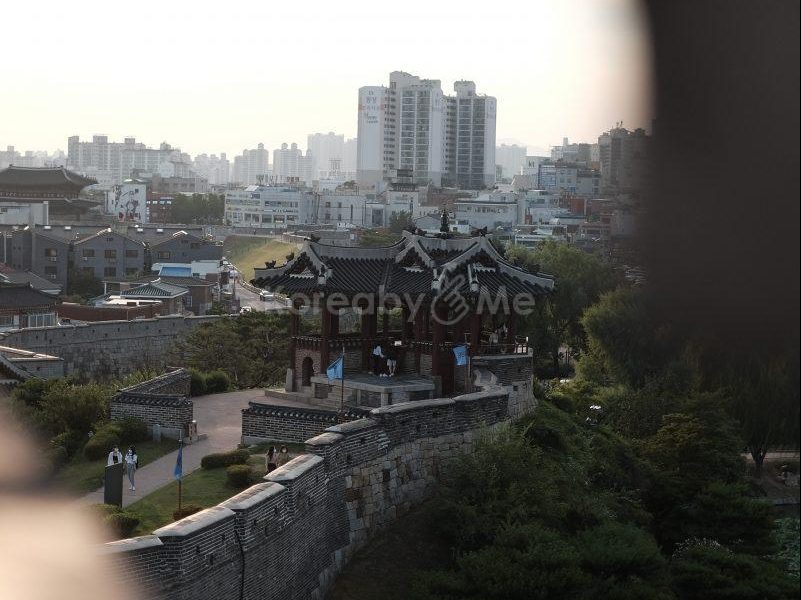 Suwon Hwaseong Fortress, surely a sight to behold. Hwaseong is a piled-stone and brick fortress of the Joseon Dynasty that surrounds the centre of Suwon City of Gyeonggi-do province. It was built in the late 18th century by King Jeongjo for defensive purposes, to form new political basis and to house the remains of his father. This was to be a fortress that guaranteed protection of the royals and their power. The king lamented over his father’s tragic death and his filial love for his ill-fated father resulted in the construction of the fortress. The fortress reflects the king’s grand political ambition to govern the nation based on strong royal power. As the stronghold in the region south of the capital, it was also a strategically important place for national defence.

The massive walls of the fortress which are 5.74 Km in length enclose an area of 130 ha and follow the topography of the land. The main stream in Suwon, Suwoncheon, flows through the centre of the fortress. As you visit here, you can have a light walk throughout the fortress and observer some floodgates, observation towers, command posts, multiple arrow launcher towers, firearm bastions, angle towers, secret gates, beacon towers, bastions and bunkers. And all of the locations are very strategic for defensive purposes.

There are four main gates at the cardinal points. The Paldalmun Gate in the south and the Janganmun Gate in the north are impressive two-storey wooden structures on stone bases, flanked by gated platforms and shielded by half-moon ravelins built of fired brick. They are linked to the main road running through the complex. The west and east gates are single-storey structures also protected by ravelins.

The Hwaseong Fortress has had a great influence on the development of Korean architecture, urban planning, and landscaping and related arts. It differed from the fortresses in China and Japan in that it is combined military, political and commercial functions. Its design by Jeong Yakyong, a leading scholar of the School of Practical Learning, was characterized by careful planning, the combination of residential and defensive features, and the application of the latest scientific knowledge. It represents the pinnacle of 18th century military architecture, incorporating ideas from some of the best examples in Europe and East Asia. Hwaseong is also unique in that it covers both flat and hilly land, making use of the terrain for maximum defensive efficacy.

Paldalmun is the starting point for anyone visiting the fortress. It’s huge gate right in the middle of the road, and I bet if you will always get dropped off here if you take a bus. Then you can walk straight until you get to the palace’s main gate. It will feel like you are not going to the right way at first. You will be amazed by the beautiful scenery that you must take a lot of photos.

Then you can have yourself wandering around the Hwaseong Haenggung. It was one of a few built for royal family if the ones in Seoul were too dangerous during times of war. This palace was mainly built for King Jeongjo to stay in while he visited his father’s tomb. Otherwise, it was used as the Suwon governmental office. One big event that the celebration of Lady Hyegyong’s 60th Birthday.

Next you can move to Daesungwon by climbing up a bit and find a giant gold Buddha statue. You can see it from the main place courtyard since it is massively huge. Then if you are planning to kill the time here, you can proceed with the hiking along the wall. As you walk along the wall of fortress, you will find a lot of structures such as Seonamammun, which is one of the secret gates, Hyowon’s Bell where you can also see the views of the city. Besides that, you can see the walls of the fortress and see just how big Suwon has grown since its Joseon days. Then you can continue walk through the fortress and finish the walk with the view of Suwon main stream, Suwoncheon. It is also a nice place to stop and rest for a bit since there located a convenience coffee shops. From there you can simple head yourself back to Paldalmun Gate.

In my opinion, the best time to visit Suwon Hwaseong is during the autumn, summer and spring. It is better to go for a walk when it is not too scorching hot, it will make you tired easily! Have a walk here during autumn with the all the fall colours and leaves must be interesting. It looked like there were a few areas with pretty cherry blossoms as well, and winter with the snow I think it must be breath-taking.

Furthermore, Suwon is only about 40-minutes to an hour away from the centre of Seoul, and it’s even on the subway line until Suwon Station. And you can easily find a bus to Paldalmun. Besides that, there are also Tourists Information Centre where you can gather a lot of information there.

I hope you can have a good walk in Suwon Hwaseong! 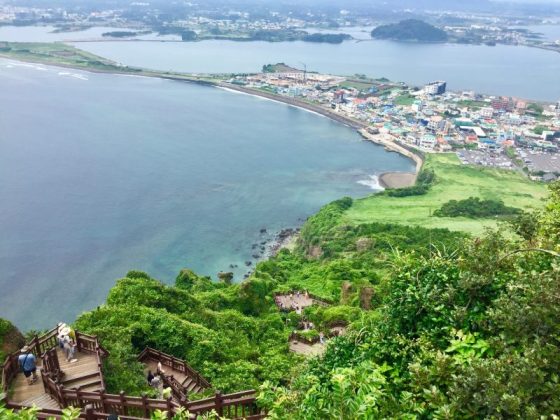 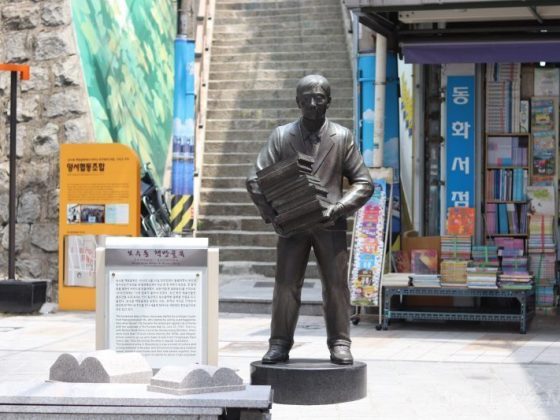