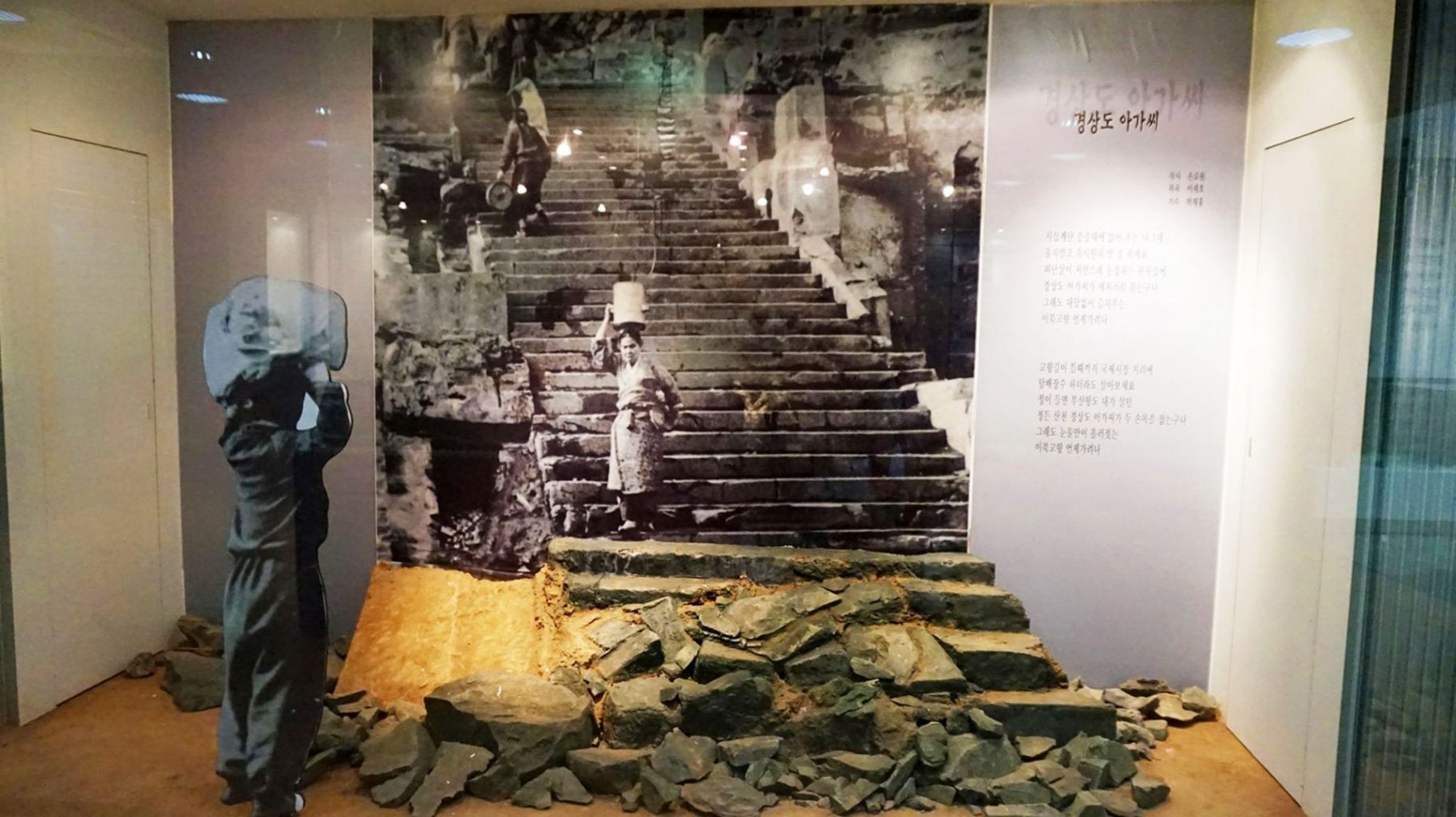 The Historic 40-step Stairway in Busan

Along the 40- step Culture & Tourism Theme Street in Busan lies the 40-step stairway. It was a center of transportation and administration during the Korean War. It is a symbol of the life and sorrows of refugees.

It is a tourist attraction intended to recall the history of the area and in particular its relevance to refugees during and after the Korean War. Additionally, it is a roadway and staircase that features bronze sculptures depicting aspects of Korean history and culture. It is a 450m-street that leads up to the 40-step stairway of the ’40-step Cultural Center’. Available facilities such as the railway and seaway are placed in this street.

The 40–step stairway is a historic stairway in Jung-gu, Busan. The staircase itself was known as a common location for refugees to seek reunification with their families and friends, given the lack of functional communications during the War. Moreover, it embodies the joys and sorrows of refugees. The entire area has been renovated to exhibit and reflect life in Korea during the 50s and 60s. The place also has the deepest value and significance for the hundreds of thousand people that were displaced during the war.

It was the most familiar and friendly place for more than 100,000 refugees who lived in the mountains behind Yeongju-dong, Donggwang-dong, and Bosu-dong at the time. It was a famous place for reunions of separated families and symbolized the miserable life of a refugee. The place also operated as a marketplace where residents traded relief items that were delivered at the nearby port.

Located in the middle of the 40th stairway, is the sculpture of an accordionist. It expresses a street musician who kept romance even in a hard life. Sensors and sound devices are also installed to give tourists a sense of the old atmosphere by playing light music of the 50s when they pass by.

The 40-step stairway used to be a place of sorrow, grief, and tears but now it serves as a site to inspire others to achieve a happy life and a better future ahead. If you want to know more about the annals of Busan, visit this place and learn more about Busan’s history.

Nearby the 40-step stairway, you can also walk ahead to other popular attractions such as Yongdusan Park, Busan Tower, BIFF Square, and famous markets in Busan including, the Jagalchi Market and Gukje Market.

By Subway: Take Busan Subway Line 1 then get off at Jungang-dong Station and exit via Exit 13. Walk in the direction of Gwangsan Hospital. It will take approximately a 5-minute walk to reach the 40 step stairway.

Thank you for reading my articles! You can also read my other published articles and see more of my Korea Travels here and on my IG!