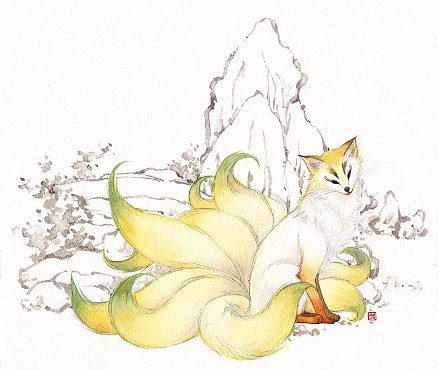 One of the oldest forms of entertainment in the world is storytelling. From the Ancient Greeks to stories about King Arthur and his Round table. Storytelling is a medium that has managed to withstand the test of time. Folktales allow the audience to learn about the traditions of different cultures worldwide. The most prominent folktales throughout multiple cultures concern the supernatural. In Korea, this is no different. Several different stories feature monsters that have managed to scare and entertain audiences over the past thousand years. In Korea, perhaps none are more memorable than the Gumiho.

The Origins of the Gumiho 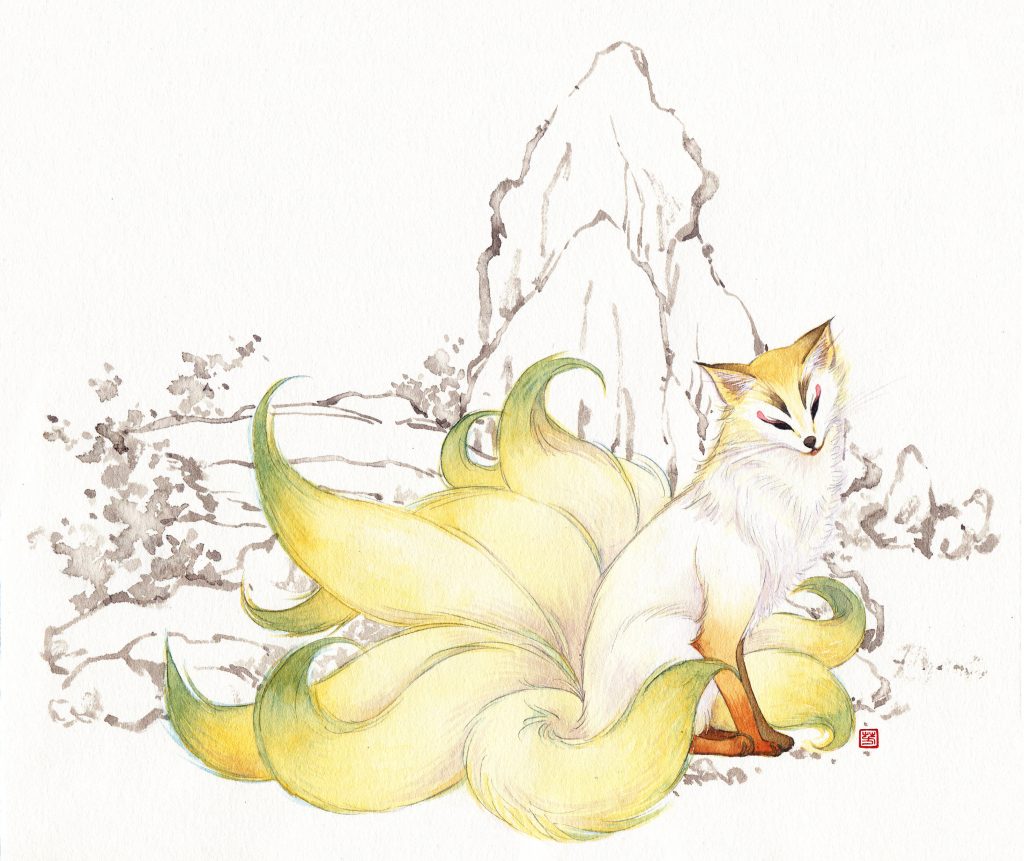 While some stories have been written down in the Samguk Yusa or the Memorabilia of the Three Kingdoms, people have told most Korean folktales orally. They have then been passed down from generation to generation. Therefore, I find Korean folktales fascinating, especially those dealing with the Gumiho (구미호) or the Nine-Tailed Fox. Nine-tailed Foxes are a common supernatural entity found throughout Asian folklore and mythology.

In China, it is the Huli jing (湖里景), in Japan the Kitsune (キツネ), and in Korea, the Gumiho (구미호). The inclusion of these beasts is firmly embedded in their respective cultures in unique and memorable ways. Still, unlike the Huli Jing or the Kitsune, the Gumiho is mainly an evil or malevolent entity. We can see it throughout its many-storied existence. 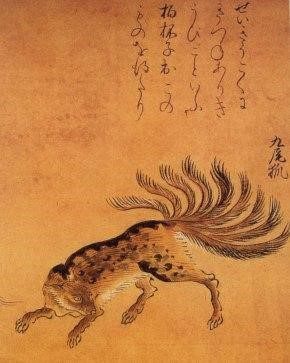 The story of the Gumiho, like most oral folktales, has changed throughout history. There are many stories, and versions of stories. Some of the most famous depictions of the Gumiho is as a supernatural fox that can change itself into a beautiful woman but longs to live life as a human for good. The means to reaching this goal varies throughout the lore.

However, some state that the Gumiho has to wait for a thousand years to turn into a human being. “In other stories, a Gumiho is supposed to eat the livers of 1,000 men within 1,000 years to become human. Contrastingly, yet another version would say that a Gumiho can become a human being if it can last 1,000 years without eating or killing anything. However different the details may be, one thing is certain – the creature’s earnest wish and the ultimate goal is to become human.” (The Fox Bead)

We can see this desire to become human in several stories that feature the Gumiho, including two of my favorites, Yeouguseul andYeounui.

One of my favorite stories about the Gumiho is Yeouguseoul. Yeouguseoul, means Fox beads in Korean. It is a story that originated during the Joseon Dynasty and is about a young man who encounters a Gumiho in the forest.

The Gumiho kisses the boy passes her fox bead into his mouth and drains his life force. The boy’s teacher notices his condition and explains the situation. The boy then tricks the fox and swallows her beads; allowing himself to better understand the earth.

This is one of my favorite stories because it showcases greed and desire. The fox, who was stealing the boy’s spiritual energy to gain more power, eventually becomes human. While the boy stole the Gumiho’s precious beads to gain more knowledge. Yeouguseoul is a wonderful story full of themes and motifs of the time. It is an excellent addition to anyone who loves mythology and folklore, and I highly recommend it. 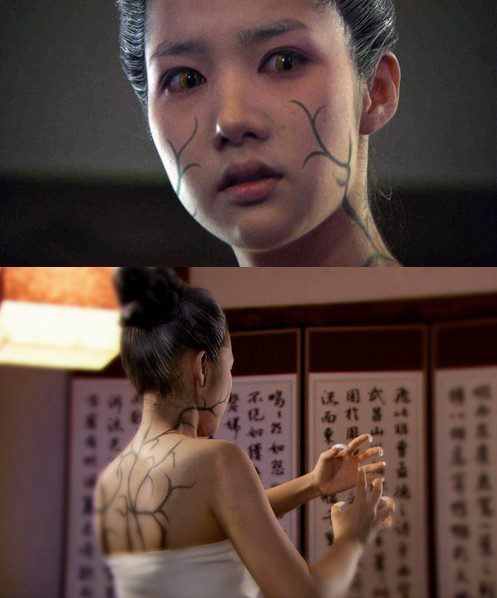 Yeounui or The Fox Sister is another favorite story of mine that concerns the tale of a married couple who have many sons but wish for a daughter. The couple went and prayed to the local mountain god to ask for a female child. The couple’s request for a baby girl was granted. But when the child grew up, the family’s animals began to die. The couple then sent the sons out to check out what happened.

Unfortunately, they couldn’t tell their father that they saw their sister committing these crimes. However, the youngest son was then sent to observe what was going on and he decided to tell his father the truth. Upon revealing this knowledge to his father, however, the youngest son is cast out. He believed the son was slandering his sister. Years later, the son returns home to see that his sister had devoured all the cattle, siblings, and parents. The boy ultimately killed his sister (who is revealed as a Gumiho) and returns to his new family.

This story is one of my favorites because it differs from most stories throughout history. It tells the story of a family who wishes for a daughter instead of a son and through some bad luck has that wish backfire. It teaches that one should be careful of what they wish for and be happy with what they have already because the consequences could be severe if you don’t. Yeounui is a sorrowful tale, but also worth checking out if you are interested in folklore and mythology.

To learn more about the story of Yeounui, Click Here or Here

Modern Interpretations of the Gumiho

If you want to learn about Gumiho and aren’t interested in reading old stories, there are lots of representations of the Gumiho in pop culture. These folktales come alive in the dramas My Roommate is A Gumiho and Tail of the Nine-Tailed.

My Roommate is a Gumiho 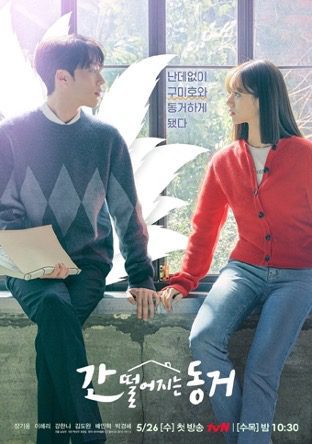 My Roommate is a Gumiho or 간 떨어지는 동거 tells the story of a Gumiho who has been living for almost 1000 years and has the opportunity to become human after he collects enough spiritual energy with a fox bead that was given to him by the gods. He eventually meets a university student who accidentally swallows his bead. They must cohabitate until he finds a way to reclaim what he lost. This drama is exceptionally witty and is full of twists. It turns that challenge presented in the traditional tale into a modern romantic comedy!

Tail of the Nine-Tailed 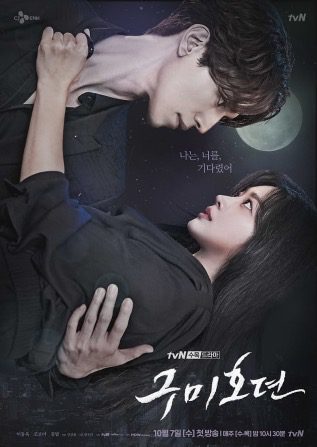 One other drama you should check out is Tail of the Nine-Tailed or 구미호뎐. It reimagines Gumiho as a former mountain spirit who decides to leave his post to work for the underworld to ultimately reunite with his former love one day. This story completely changes what we know of the Gumiho. It creates a story full of ingenuity, humor, and excellent acting.

These dramas are particularly interesting because the Gumihos in both stories are male when in the past, stories only mentioned Gumiho as Women. These stories challenge the past by changing how the Gumiho is viewed as evil, thus transforming the Nine-Tailed fox into a heroic figure. I find this quite interesting and wonder if it is something that will continue into the future.

Folktales are an exciting way of observing the past. Through listening to and reading stories, we can envision what life was like for the individuals who lived then and assist with enriching our lives and our understanding of the world of the past. Korean Folktales and the supernatural superstitions of the Korean people are no different. Whether it’s the Gumiho or some other entity, mythology and folktales are a medium of storytelling that has entertained us for thousands of years, and will likely fascinate us for thousands more.

Now, why don’t you grab a cup of coffee, a biscuit, read some folktales, and ponder…. Whether the Gumiho will come and eat your liver tonight.

If you love mythology, you won’t want to miss these parallel tales of fairies from Korea and Indonesia. Click Here to read more now! 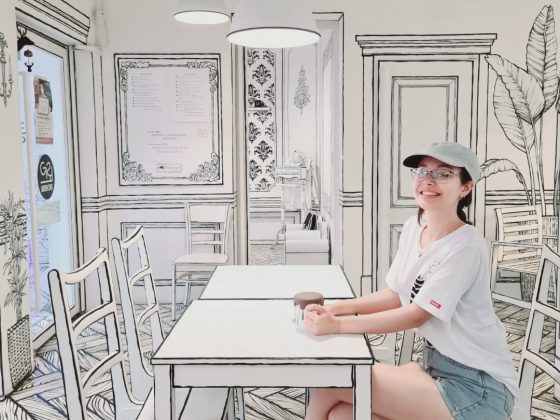 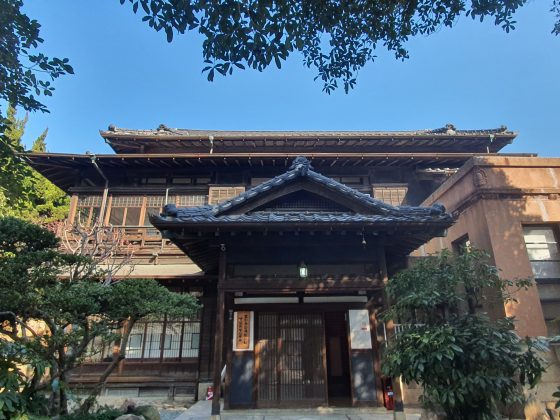