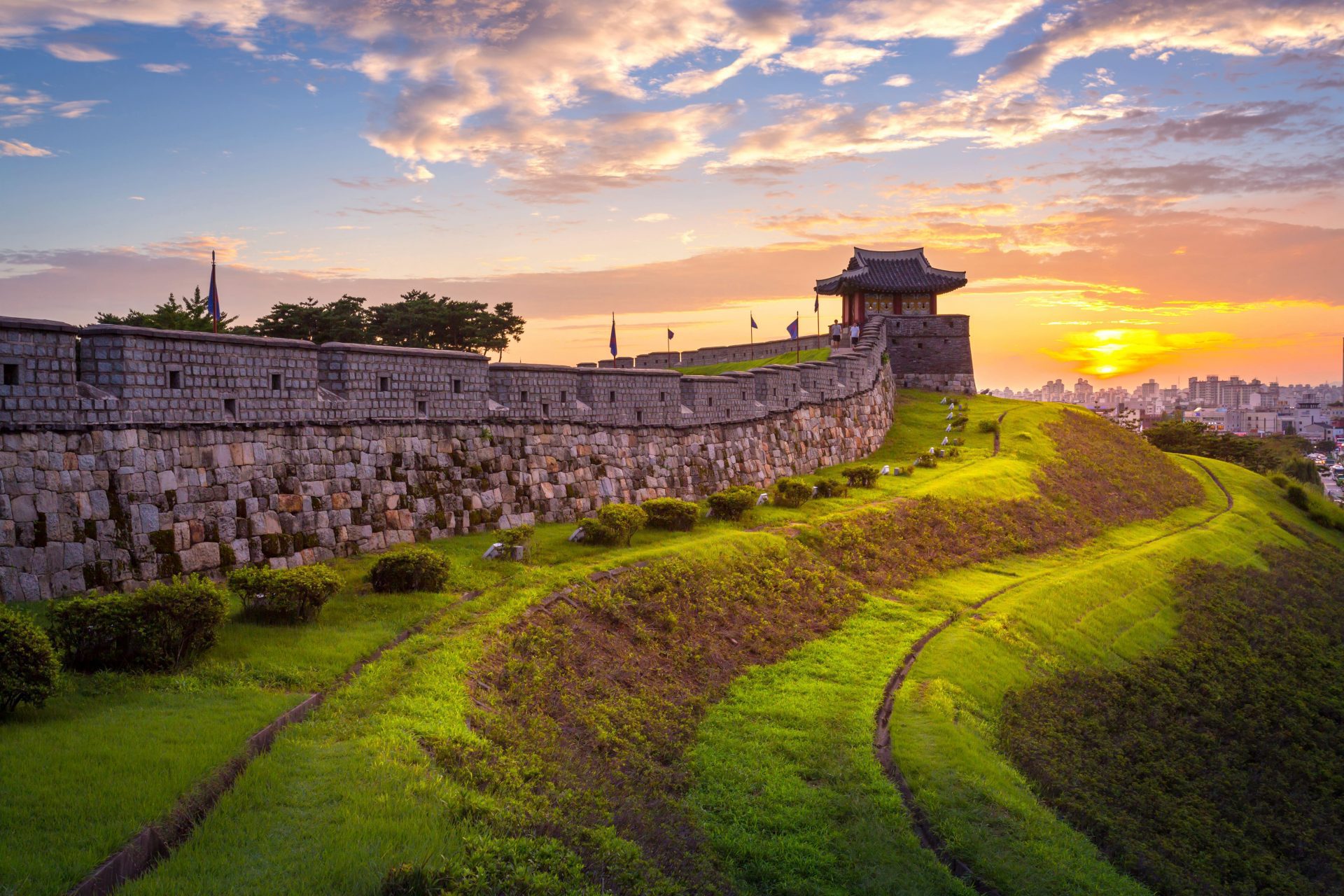 Suwon is famous for its incredible fortress. In 1997, Suwon Hwaseong Fortress was inscribed on the UNESCO World Heritage list. However, there is quite a tragic story behind the creation of this fortress that has inspired dramas such as The Throne. What is the story hidden within the walls of this awe inspiring fortress?

Well for one thing, this story is full of drama – there was certainly a lot of material for Korean drama producers to work with! I did my best to narrow this story down, but it’s nearly impossible to capture every detail since this story is so long and complex. Yet it is definitely one of the most interesting Korean stories out there – we’re talking about madness, rampant affairs, and a father eventually locking up his own son in a rice box. How exactly did all of this go down? Read on to find out!

Table of Contents
Who is King Yeongjo?
The Madness of Prince Sado
Where Things Go Very Wrong
King Yeongjo Did What?!
All Hail King Jeongjo
Creating Suwon Hwaseong Fortress 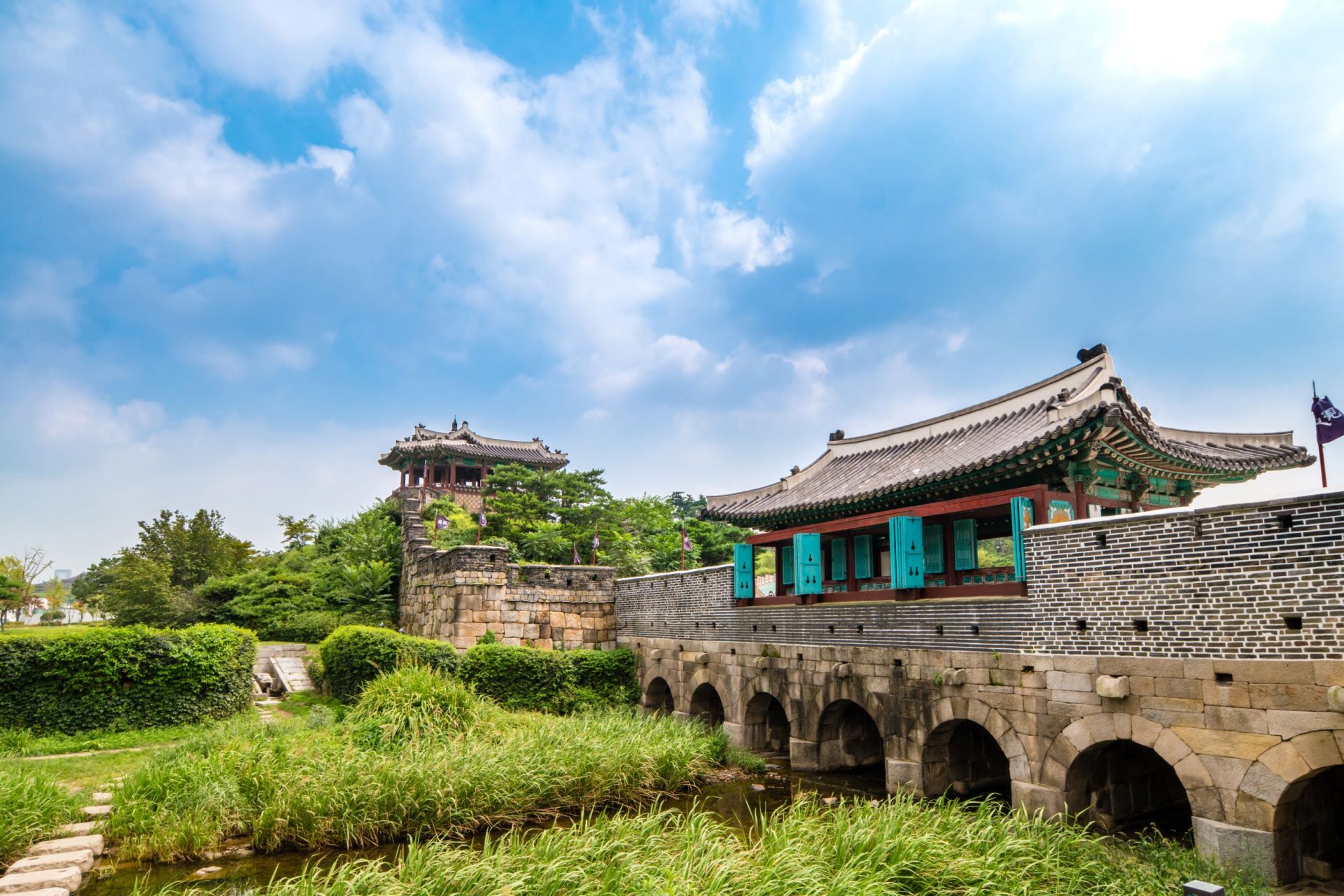 The story begins with Yeongjo (reigned from October 1724-April 1776), the 21st King of Korea’s Joseon Dynasty, which lasted more than five centuries from 1392 to 1910. During Yeongjo’s rule two politically opposing parties, Noron and Soron, were engaged in a power struggle.

King Yeongjo was said to have an inferiority complex due to his low social class origins. He was born between King Sukjong and a palace maid. Thus he was born into a caste referred to as  ‘cheonmin’. At the time,  ‘cheonmin’ was the lowest caste of commoners. Ouch! People were really harsh back then!

However, Yeongjo overcame his caste when he became king after his half-brother King Gyeongjong  allegedly died as a result of eating contaminated seafood. Following the death of his half-brother, King Yeongjo had the support of the Noron faction. Although he was able to ascend to the throne without contest, there were many rumors spread about the true cause of King Gyeongjong’s death. Did  King Yeongjo poison his own half-brother? Sounds pretty fishy right?

However, even though Yeongjo did everything he could to help Prince Sado become a worthy heir to the throne, things did not exactly go according to plan. What could have possibly gone wrong? Well let me tell you- A LOT!

The Madness of Prince Sado

Yeongjo’s origins perhaps explains why he became an overbearing father. Although he provided the best teachers for Prince Sado, he would interrogate his son after lessons. Then, he would publicly humiliate him for making mistakes.

Lady Hyegyeong, who was the wife of Prince Sado, wrote in her memoirs that King Yeongjo never complimented Prince Sado. He almost always criticized him. These circumstances led Sado to fear his father greatly and to have tremendous anxiety whenever he was in the presence of his father.

In 1743, King Yeongjo chose Lady Hyegyeong to be Prince Sado’s future wife. Then the two were married in 1744. Towards the end of 1745, Sado became very sick and began to behave in a bizarre way.

However, by 1752, Lady Hyegyeong gave birth to Prince Jeongjo (remember this name folks- it’s going to be important later on!). Unfortunately, that year a measles epidemic was spreading and doctors suggested that the Crown Prince and Royal Grandson move to another residence to avoid the disease. By sunset, Sado had contracted the disease. Yet Sado’s symptoms were mild, apart from a very high temperature.

Remember how it was mentioned that Prince Sado had begun to have strange behavior starting at the age of 10? Well, get ready to sip on some tea because it only got worse!

Prince Sado now began to suffer from delusions and nightmares – as if what was already going on wasn’t bad enough! He claimed he could see the presence of the thunder god – yikes. Also, he was frightened by the sky and any characters relating to ‘thunder’. If a thunderstorm appeared, Prince Sado thought his father would blame him – geez. Prince Sado began to have more and more frequent outbursts.

He also came up with bizarre superstitions and had strange behavior. Lay Hyegyeong described some of these behaviors and superstitions in her memoir:

For him to get dressed, I had to have ten, twenty, or even thirty sets of clothes laid out. He would then burn some, supposedly on behalf of some ghost or other. Even after this, if he managed to get into a suit of clothes without incident, one had to count it as great good luck.

I mean we all struggle with choosing what to wear but this guy was on another level! But just hold on because things get even crazier.

Despite his obviously deteriorating mental health,  his father still assigned Prince Sado with official tasks. Can you guess what one of those tasks was? Believe it or not, one of his official duties was supervising the torture of convicted criminals. What a great task to assign to someone with poor mental health right? Again, what could go wrong?!

These prior events, as well as the death of his favorite sister, led Prince Sado into a state of madness that he would never recover from. I mean, who can blame him?

He became extremely violent, lashing out at everyone around him. Especially towards those under him such as his servants. He would beat them at times for no other reason other than that he could. Dang!

Now, this is the part where things get rather…spicy. I have done my best to explain what happens next in quite simple terms, but hold on everyone because this story is about to take a turn in a whole other direction.

In 1754 and 1756 Lady Hyegyeong (Sado’s wife) had given birth to two girls. Shortly after, King Yeongjo finally gave Prince Sado the privilege to visit the royal tomb (which he was not allowed to do before). However, not long after, his step-mother and grandmother died. After these deaths, well Prince Sado pretty much just completely lost what little marbles he had left.

He began beating his servants more and forcing himself on court ladies. Then, after the official funerals, Sado became even crazier. He killed one of his servants for apparently no reason, and tried to show off in front of the court ladies by impaling the servant’s heads onto sticks. I mean, why use pick up lines when you can just walk around with decapitated heads on sticks? Although apparently Prince Sado thought this would ‘charm’ the ladies, pretty much everyone around Prince Sado was beyond terrified.

Could things get worse? Of course they could get worse!

In 1758, Prince Sado had the great idea of bringing a seamstress to the palace grounds. Even though Prince Sado did not have much of his own money, he of course set her up in very lavish accommodations. How do you think King Yeongjo took this? If you guessed not well, you’re right!

King Yeongjo was once again completely furious and it was even worse when his seamstress gave birth to a son. However in 1761, when Prince Sado had yet another episode of madness, he seriously injured the seamstress and she died.

After all of this drama, Prince Sado really took it to the next level by having wild parties. Now keep in mind, during this time period, alcohol was forbidden in the Korean court. Drinking any amount was scandalous. So what do you think Prince Sado did? Of course he got everyone completely wasted!

He also had lots of ‘adult’ parties and during these parties he tried to make moves on his own sister- yikes! By this point, King Yeongjo heard of what happened and he decided enough was enough. So, this is where finally things really go in a direction that no one expected.

In 1762, to protect the dynasty from one day being controlled by Prince Sado, King Yeongjo ordered Sado be locked inside a large rice box. The goal was to have him starve to death inside. Yup, you read that correctly – he locked his own flesh and blood inside a crammed rice box during a scorching hot summer to kill him. As if summers in Korea aren’t unbearable already! 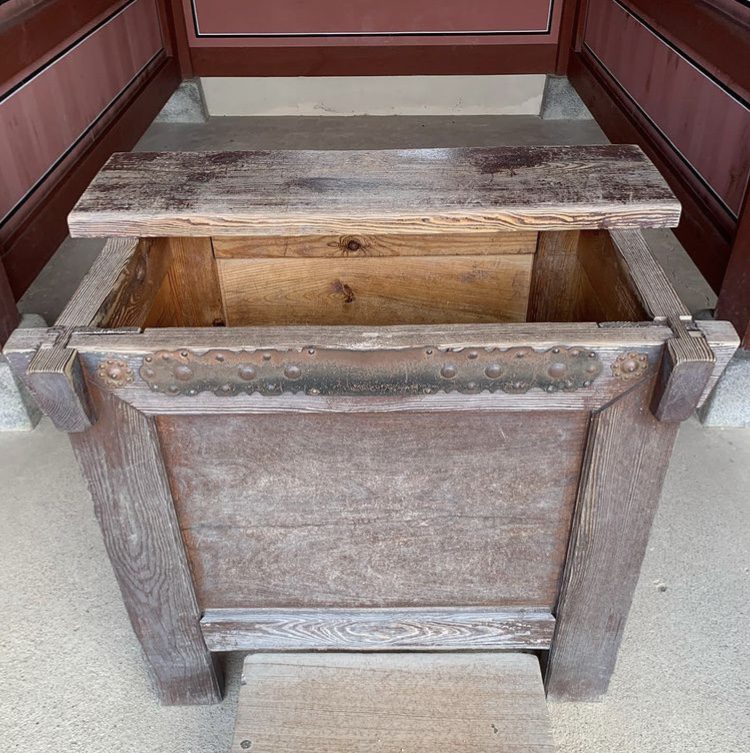 For seven days and nights he was left in there, and his cries were ignored. Finally, on the eighth day, the chest was opened and Prince Sado was pronounced dead.

Geez this was a crazy and depressing story- so where is the part that is not so tragic? Well, keep on reading to find out the legacy of Prince Sado after all of these crazy events.

Remember how I mentioned earlier you should remember the name Prince Jeongjo? Well, that’s because 14 years later when King Yeongjo died, King Jeongjo went on to become the next king of Joseon. King Jeongjo was only 9 years old when his father was locked inside the rice box. And because of this tragic death of his father King Jeongjo decided to create a new capital which would also honor his father.

He created a fortress that would protect the new capital. Not only did he want to increase protection but he wanted to promote economic growth. To do this, he had people move to Suwon by compensating them financially. Plus, he exempted new residents from taxes for ten years. Wow- what a deal! King Jeongjo also created places that could be used by the public, such as educational institutions- is this guy great or what?

The fortress that was built, and is known today as Suwon Hwaseong fortress. It is more than 5 km long and consists of 48 monuments in total including the walls, gates, artillery towers, and more. Although it was partly burnt down during the Japanese colonial period as well as the Korean War, it was reconstructed in the 1970s to its former glory.

Ultimately, this fortress is literally a labor of love. It was built because of King Jeongjo’s love of his father and his people which is why it exists for us to enjoy today.

So now that you know the story behind this incredible fortress, you can plan your visit by Clicking Here to read all about this beautiful fortress.

Also if you would like to request references for where I found this information, please feel free to reach out to me at any time. I hope you enjoyed the story behind the Suwon Hwaseong Fortress, and of course we don’t want this history to repeat itself!

Noryangjin Fish Market - Eating live ...
Things to do in Jeju - Seongsan Ilchu...
The Highest Paid Jobs In Korea
The Beautiful 'Sky Garden' Seoullo 70...
What to do in Jeju Island at night
Three Best Beauty and Lifestyle Influ...
Petite France: Where the Soul of Euro...
How to Get Korean Citizenship
Total
1K
Shares
Share 1K
Tweet 0 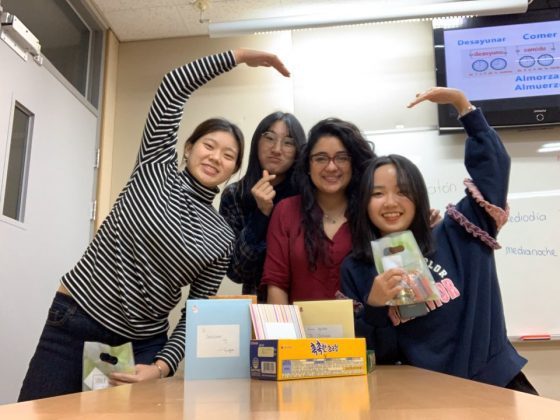 Being a Spanish Teacher in Korea 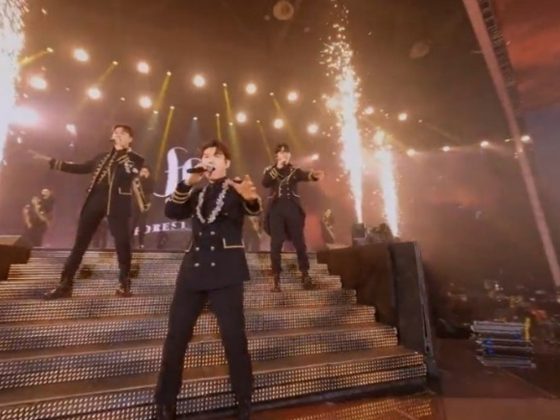 K-Pop Concerts In Korea Are Back!