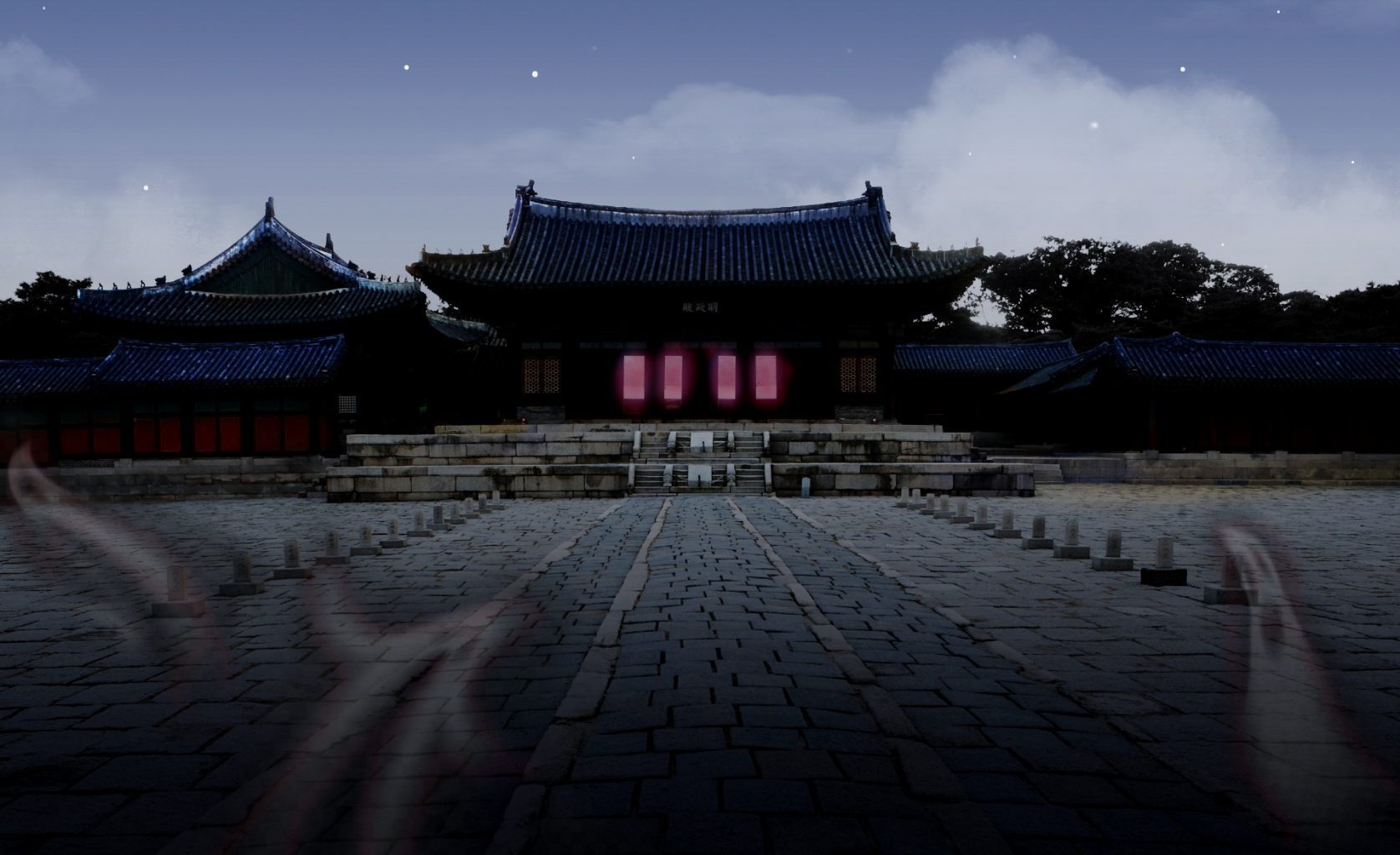 The Deranged Prince and Wailing at Changdeokgung

Korean Royal Palaces are symbols of this country’s monarchical past and now stand proudly as its most notable landmarks. Nevertheless, these palaces, despite countless renovations, have stood for hundreds of years. Have you ever wondered if they also have their dark secrets?

Changdeokgung and its Secret Garden are popular tourist attractions nowadays, and also have the most expensive entrance fees among all palaces in Seoul (KRW 3,000 for the palace, and KRW 5,000 for the garden). In the Joseon era, this palace was the second most important building in the country after Gyeongbokgung. This is because the former was burnt and abandoned for a few hundred years. Changdeokgung was also the main residence for the royal family, and the last Princess of Joseon, Princess Deokhye, who passed away there in 1989.

One article in the Korea Times mentioned the account of Lilies Underwood, a former physician for the Queen. She claimed that a wailing sound was often heard in the palace and that it deeply disturbed the Queen. The Queen thought that the sound of wailing came from the ghosts of soldiers who died in the Imo Mutiny in 1882.

Some also thought that the wailing came from the dark period of Joseon after King Danjong’s tragedy. King Danjong, who was a teenager, was forced to abdicate the throne. After which, a blood bath ensued.

Long story short, King Danjong was the grandson of King Sejong the Great, who succeeded his sickly father, King Munjong. Unfortunately, he was forced to abdicate by his uncle, Prince Suyang (later King Sejo) under the threat of slaughter. Prince Suyang even killed the loyal supporters of King Sejong and King Danjong. Then, he ordered the assassination of Danjong, who was already exiled.

However, those series of events did not occur in Changdeokgung, so I personally did not think that the wailing sound came from the ‘dark history.’  Let’s move to the next palace, Changgyeonggung.

The legend of Prince Sado is infamous, and there was already an article about it in Koreabyme, so I won’t retell the whole story. In sum, he beat, killed, and raped those around him with no apparent motive. Historical records show that he personally killed over 100 people by his own hand. Finally, he was stopped when his father locked him in a rice chest and left him there until he passed.

However, that is not the story I want to focus on. Here, I want to retell the mystery surrounding the cause of his insanity.

Lady Hyegyeong married Prince Sado when they were both 9 years old. Thankfully, the marriage was not consummated until 5 years later, but yes, still a child marriage. Hence, she witnessed the days when the Prince was healthy and sane, and also his mental decline.

Some historical accounts stated that the prince went insane as a result of the rivalry between two factions: Noron and Soron. His father, King Yeongjo, favored Noron faction, while Sado wasn’t really a fan of either. He also did some ‘revolutionary thinking‘ which did not sit well with the factions.

Nevertheless, Lady Hyegyeong’s memoir retold the complicated father-son relationship. Yeongjo wanted Sado to live up to his high expectation as Sado was his heir. Meanwhile, Sado actually was more interested in art than politics. Therefore, as much as he tried to fulfill his father’s expectations, he could not. She further said that Sado’s mental illness was a product of rejection and lack of love from his father.

Another theory about his madness is related to his place of dwelling, Joseungjon (저승전), in Changgyeonggung. Joseungjon, which does not exist in the current Changgyeonggung, contains the word ‘joseung’ which means ‘the otherworld’ or ‘the afterlife.’

Who were these women?

The story can only be described as makjang (so bad it can’t get worse). You can find the events depicted in many historical dramas. Basically, King Sukjong fell in love with Jang Hee-bin and made her Royal Concubine. When she gave birth to a boy (King Gyeongjong), her son became crown prince and she later became the Queen Consort.

Queen Inhyeon, who was the legal Queen, was deposed after she refused to acknowledge and adopt the kid as crown prince (Royal Concubine’s son cannot be a king). Jang Heebin replaced her after. This ‘choosing the crown prince’ drama also triggered a bloody protest. Gisa Hwanguk, and further divided Noron and Soron factions.

King Sukjong reinstated Queen Inhyeon years later. However, she passed away due to an unknown illness. The King mourned and dreamt of his Queen in a bloody dress, pointing at Jang Heebin’s room to tell the King about her cause of death. The King woke up and went to Jang Heebin’s place only to find her holding a Shamanistic ritual with a priest to celebrate the Queen’s death. Enraged, the King punished her to death by drinking poison.

Jang Heebin’s son ended up becoming King Gyeongjong, but he was so sickly he could not produce an heir. Queen Seonui resented the fact that Gyeongjong’s brother was the apparent heir. Queen Seonui’s hate and resentment deepened when her husband suddenly passed away due to ‘food poisoning.’ 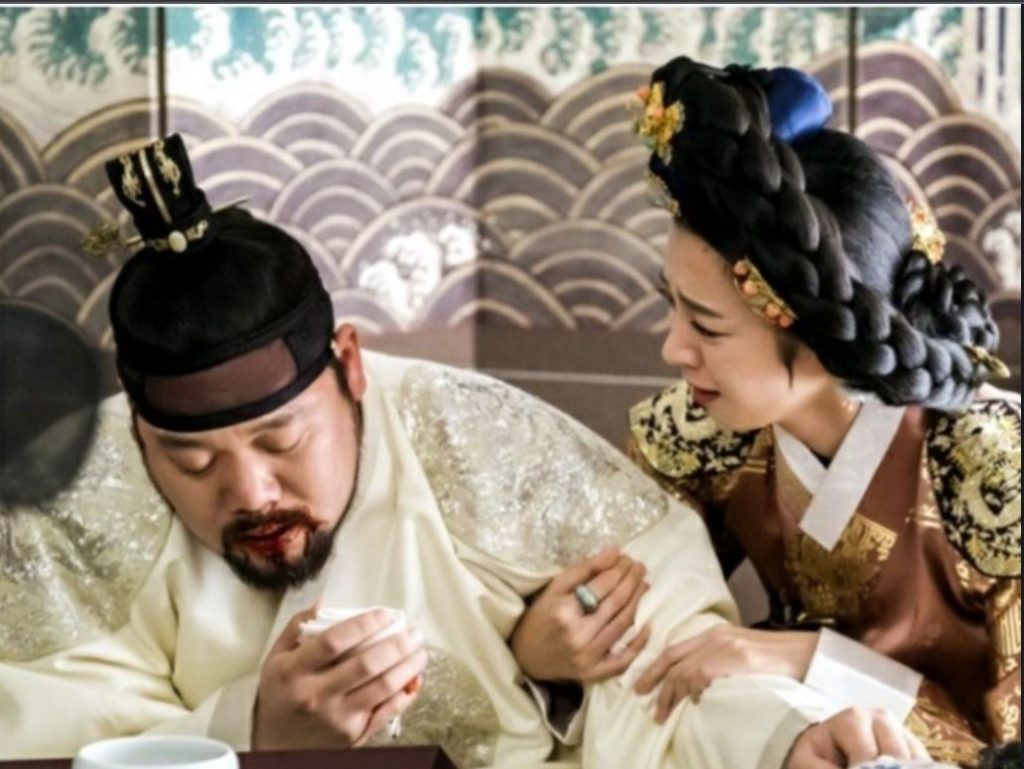 She suspected King Yeongjo (the brother) to be the culprit. Therefore, she refused to support anything related to his enthronement. King Yeongjo cut every support for Queen Seonui and suspected that the Queen cursed his first son to death. History wrote that she also supported the Lee Injwa Rebellion against King Yeongjo.

With the multi-generational political strife and bloodshed, it is no wonder the pavilion where they lived is still home to negative spirits.

The resentment and hate of these women were engraved deeply in the pavilion. Legend has it, that the next inhabitant of the pavilion, Prince Sado, often saw the ghosts. Many believe that the previous two generations of royals drove him to madness.

It is also said that Prince Sado ate the food prepared in the hall where Queen Seonui used to live. Many believed that the woman who cursed Sado’s elder brother to death poisoned his mind from beyond the grave. Moreover, the palace ladies were all related to Jang Heebin, Queen Seonui, and King Gyeongjong.

Of course, there is also the location where Prince Sado perished at Changgyeonggung. Long story short, his own father locked him in a rice box placed at the center of the pavilion and left him there until he died. Visitors can still see the tree where Prince Sado was punished and the rice chest he died in.

This site is not very hard to find (near Seoninmun). However, when a friend of mine visited it, she could not see the site at all. She had to walk back and forth several times. Then as she was about to give up, she thought to herself in Korean, “Where is it??”

Suddenly someone shouted behind her, “Jogieyo!! (It’s there!!)” She unconsciously answered, “Yes!” in Korea, then she saw the site clearly. She realized that no one was around her, and there was no way anyone could answer her thoughts. Was it Prince Sado?