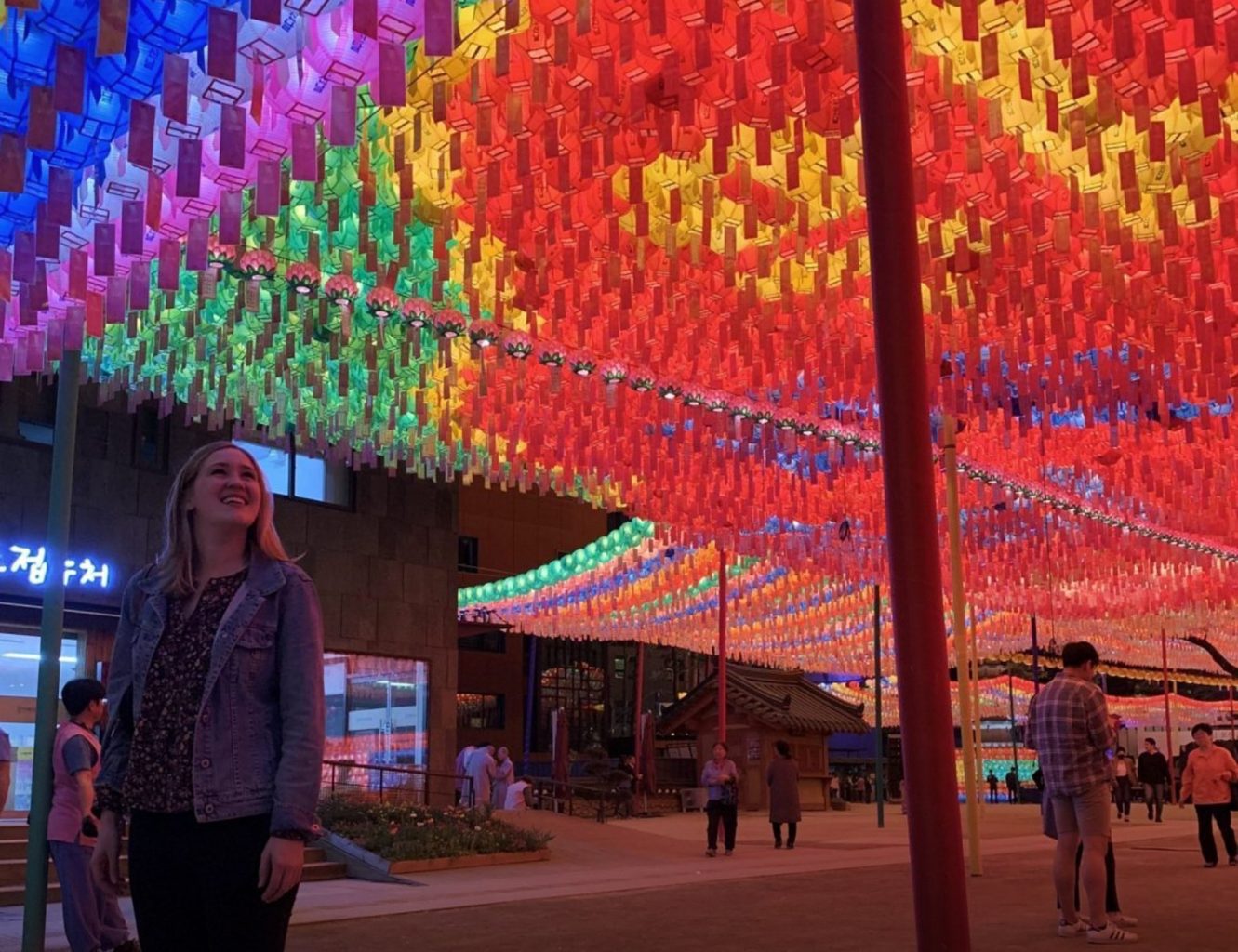 Temples, Temples, and More Temples (My Favorites in Seoul)

Seoul has a plethora of incredible temples to visit within city limits. Surrounded by steel skyscrapers and noisy streets or nestled into quiet mountainsides, Seoul’s temples offer a respite from daily lives. Despite your religion, they are a welcoming place to reflect, meditate, and find inner calm, amongst a bustling city. Additionally, visiting Seoul’s temples is a great way to observe centuries-old architecture and experience another aspect of Korea’s culture.

Jogyesa is quite popular to visit, and rightfully so. I visited Jogyesa during my first week in Korea, and I was blown away. Since then, I’ve tried to visit whenever I’m in the area.

Jogyesa’s groundskeeper is excellent and there are always beautiful flowers, exhibitions, and things to see around the temple. Most recently, Jogyesa has featured topiary dinosaurs, which feel slightly out of place in a Buddhist temple. Regardless, I really enjoyed checking them out! If you are visiting during May, head to Jogyesa for the Lotus Lantern Festival, which celebrates Buddha’s birthday.

Jogyesa has been the center of Korean Buddhism since the 14th century. Like many temples, its history included name changes, invasions, and detrimental fires. In 1954, a major effort to remove Japanese influence and restore traditional Korean Buddhism led to present day Jogyesa. Today, Jogyesa serves as the headquarters for the Jogye Order of Korea Buddhism.

Gilsangsa is my favorite off-the-beaten-track temple in Seoul. If possible, visit during a clear day for a gorgeous view of the Seoul tower. Beyond the view, I love the grounds of Gilsangsa. The trees and natural beauty of Gilsangsa are second to none. In the summer months, its lush greenery forms a delightful canopy over the temple grounds.

Prior to becoming a temple, Gilsangsa’s property was a luxurious bar and restaurant. The restaurant owner, moved by an essay on “Non-Possession,” decided to donate the property to a monk in 1995. She hoped that the property’s future “temple would become an open space where all who came could forget the pains of life.”

Today, Gilsangsa is noteworthy for its community programs for foreign guests and its community charity works. Gilsangsa’s prestige also is credited to the past residency of acclaimed zen-master and writer, Boep Jeong. The temple has a shrine dedicated to him, containing his photo and personal articles. Koreans visit Gilsangsa to pay respect and honor the teachings of Boep Jeong.

Suguksa’s golden facade offers a break from the typical red and green color scheme of most Korean temples. As you can see above, Suguksa’s gold exterior shines, even on a bleak, winter day. Behind the temple, there is a trail that leads to excellent views of the Northern side of the city. If you have some extra time, take a hike and enjoy the scenery.

Suguksa’s location in a quiet neighborhood north of the city, provides a sense of calm and isolation from the typical daily bustle of Seoul. During my visit, I took my time to admire the ornate decorations of each hall. I also befriended the sweet, temple ‘guard’ dog who did the opposite of ridding me from the premises.

In 1459, King Sejo of the Joseon Dynasty, established the temple to honor his deceased son. The temple became highly regarded as an asylum for royals affected with anxiety and mental illnesses. One king took notice, and offered the Chief Monk riches and a seat in the government. The monk declined. Instead, he asked for a golden temple to be constructed. He requested that the temple would be open to all citizens, despite their political standing or rank.

Guknyeongsa, located at Bukhansan National Park, requires a hike to reach, but the spectacular temple is worth the trek. The Grand Buddha of Guknyeong, or “Golden Buddha,” sits at a whopping 24 meters, or 78 feet! The sculpture is one of the largest seated Buddhas in East Asia and shouldn’t be missed. When visiting, also keep an eye out for the 10,000 Buddha statues in cases behind the Golden Buddha.

Bukhansan National Park is home to over 100 Buddhist Temples and Hermitages, but Guknyeongsa is one of my favorites. There isn’t much information about the Golden Buddha, but the temple itself dates back 1,000 years. The most recent renovation happened in 2004 but it is unclear when the Golden Buddha, itself, was constructed.

As you can see, there are some excellent temples to explore in Seoul. But this list has only begun to skim the surface. There are countless temples to discover in Seoul, no matter which part of the city you are in. Keep your eyes peeled and you may find a hidden gem on a mountain-side hike or a city stroll. Enjoy!

Check out my post, Temples, Temples, and More Temples (Beyond Seoul), for more awesome temple inspiration.

Hi there! I am a Writer and Performing Artist based in South Korea. I choose to find joy in the details and learn as I go. I hope my travel tips will help you make the most out of your time in Korea! 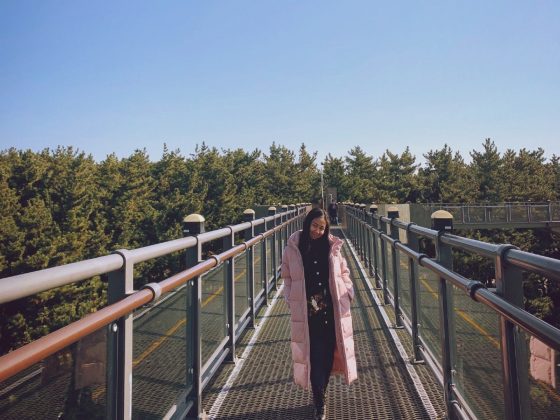 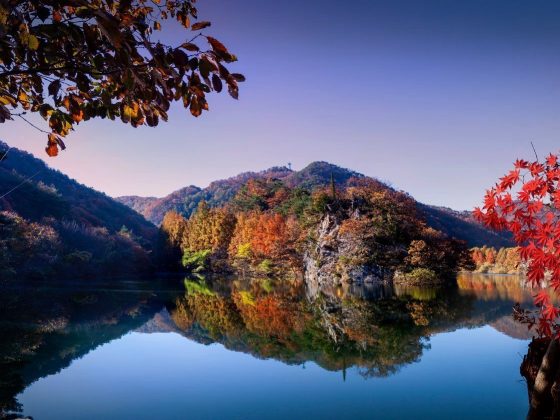