Suneung: The Exam that Determines the Future of Young People

One of the main reasons to why most of the people tend to study a lot, is to secure their spot in some of the most prestigious universities in the country. And for this, they must pass the Suneung (ņłśļŖź), the exam that determines the future of young people.

South Korea is in fact one of the most educated populations on the planet. Because a third of the people who are unemployed, still have a university degree.

This is indeed the result of their great consistence on studying, and their hard work as well.

Of course, Suneung (ņłśļŖź) has a big role on this. Because it is the exam that grants them the opportunity to study in a university. With this in mind, students work really hard on passing with a good score.

Now, let us introduce you interesting facts about this day. The day that can determine the brightness of their future.

Table of Contents
What is it?
What happens on this day?
Study Culture in South Korea
Conclusion

The Suneung (ņłśļŖź) is the university entrance exam. Which was previously designed simply to asses the academic ability of students. But now, it has become the test that determines the future of each student. Because its result, will not only reveal which university they will be able to attend, but can also affect their job prospects and even income. Since it is a country where hierarchy is part of their system.

Now, lets see in depth more details about the Suneung (ņłśļŖź), the exam that determines the future of young people

In the exam, all the contents that they learned during high school are evaluated. As shown below.

Which all of them are optional, except for the Korean History section. Since it is required for all candidates.

The duration may vary depending on the sections that you would like to present. But it often lasts more than 6.5 hours.

Taking in consideration that it is a really important test for the country, it is also available in Braille. So that everyone have the same opportunities.

What happens on this day?

This day, silence approaches the capital of Seoul. As shops and banks remain closed, the stock market opens late, and even construction sites stop work to avoid making noise.

Going late? Do not worry!

Citizens tend to use public transport rather than use their own car. The reason is that they do not want to create traffic on the streets. This way, the students will have the opportunity to arrive on time to the evaluation sites.

In consequence, you will mostly see motorcycles transporting students to their destination.

But what it is amazing, is that the police also help them with a ride if they are running late.

A day to pray

Many parents stay in Buddhist temples or Christian churches. Because masses are held at the exact time of the beginning of Suneung. Giving them the opportunity to pray for their children to pass.

Since parents share the same stress as students, there are also free concerts. Which help them to relax.

What happens in the exam?

At the entrance to the exam, the inspectors confiscate all kinds of distractions. Which includes digital watches, phones, bags and books. In some sites, they even use metal detectors to make sure nothing gets inside.

As for the teachers, they cannot wear shoes. As the sound could distract students during the test.

In addition, each September, around 500 teachers from all over South Korea are chosen and taken to a secret location in the mountainous province of Gangwon. For a month, they are unable to use their phones. In other words, they cannot contact with the outside world.

For this reason, the writing of the exam itself is a complete mystery.

Individual scores are posted on a national website one month after the exam. However, some smuggling websites publish results almost immediately. This way, allowing students to compare their total grade to the minimum required to attend the college of their choice.

For some students, just passing is not enough. As the unemployment rate for graduates is the highest in nearly a decade.Therefore, they strive to stay in one of the 3 most prestigious universities in South Korea. Since it gives them hope of having a bright future.

Seoul National University, Korea University, and Yonsei University are the three universities that many students intend to enter. The set of these is known as SKY.

For South Koreans, studying for 14-16 hours straight is nothing out of the ordinary, but how do they manage to stay focused for so long? The answer is to study in a ļÅģņä£ņŗż.

ļÅģņä£ņŗż It is basically a study room that is set so that the student has a higher performance and a better concentration. To accomplish this, the room needs to have certain characteristics. For example, the lighting is a combination of warm and cold, and the temperature of the room is usually freezing to keep them awake. In addition, they have individual lockers for them to use.

The spaces are divided according to the needs of the student. With this we mean that there are individual cubicles, shared cubicles and large rooms similar to those of a library. This way, they have the opportunity to choose what is most comfortable for them.

What services do they offer?

Some of them, have a system that keeps the record of each registered student. Which shows how many hours they have been studying. The reason to this, is that they think it can serve as motivation.

However, to motivate themselves it must be done from a competitive point of view. Because of this, on the screens, a ranking in real time that indicates from who is the student who has spent the most hours studying and who has spent the least time. The ranking is divided by day, week or month, and even by semester.

Students manage their own time in this space. Therefore, with their membership they can register in the system from what time to what time they want to study that day. With this, they can rent a specific cubicle. After that, the screen shows how many hours of study you have taken and how many it takes to reach your goal for the day.

If at the end of studying, you require transportation. In some of the fancy ļÅģņä£ņŗż, you can request that a bus pick you up, in that screen. As consequence, the driver receives a message that indicates which place to go, while the student receives a confirmation notification. Parents also receive a message that their child has left the space.

Usually the price of the membership is between 100 to 200 dollars per month. Which causes them to want to make an effort since it is their money or their parents.

Some students rather prefer to construct a cubicle in their own room. So that they do not have to pay in monthly basis.

Studying in school is in fact not enough for a country as competitive as South Korea. That is why at the end of their regular classes, they will continue studying at these ļÅģņä£ņŗż or at a ĒĢÖņøÉ (Private school). Until completing the study hours that have been proposed, and sometimes until midnight.

It is not a surprise that they put this much effort to pass the Suneung (ņłśļŖź), since it is the exam that determines the future of young people.

In your country, do you have an admission test like this one? Let us know your thoughts in the comments.

Issue of Racism in Korea: A Brazilian...
Train Tickets In Korea - A Step by St...
2023 Year of the Gentle Rabbit
Useful Apps When Traveling to Korea
A Complete Guide on How to Use Korean...
World Citizen's Festival & UCLG Congr...
Why Seoul Subway Stopped: Protestors ...
Guide to Health Insurance and Health ...
Total
856
Shares
Share 856
Tweet 0 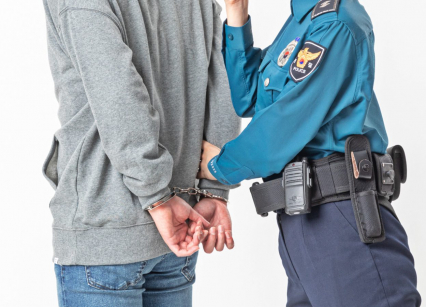