Squid Game: What to Expect from Netflix’s new Survival Drama?

Table of Contents
Squid Game: Spoiler-Free Summary
The First Episode
Why is Squid Game so popular?
The Cast and Creator

The series follows a survival game in which players must compete in typical Korean children’s games in pursuit of a ~39 million USD prize. Players are reaped from the general population, targeting those in severe financial debt.

The name ‘Squid Game’ comes from an old Korean children’s game, in which the playing area is drawn in the shape of a squid. To that end, the series features several elements of Korean culture, including traditional Korean games, unique terms like ‘gganbu‘ and even Korean dalgona.

Gi-hun (Lee Jung-jae), the central character and unlikely hero, is a gambling addict with a heart of gold. He is struggling to provide for his mother of ill-health, as well as maintain a relationship with his daughter, who remains in custody of his ex-wife and her new husband.

In the first episode, a crestfallen Gi-hun encounters a smug salesman (Gong Yoo), who challenges him to a game of ddakji (Korean game that involves flipping a folded paper tile.) The salesman awards Gi-hun 100,000 KRW (~85 USD) for winning, along with an invitation to Squid Game.

456 individuals awaken in a dormitory, dressed in green tracksuits that denote their player number. They are instructed by a horde of masked figures in pink suits and the first game begins. They play “the day the hibiscus flowers bloom”, the Korean equivalent of “red light, green light.” Players caught moving during “red light” phases are shot dead.

Why is Squid Game so popular?

Released on September 17th, 2021, the Netflix original Squid Game has gained a global following in a matter of weeks. Squid Game reached no.1 on Netflix, not only in South Korea, but in several countries across the world as well.

Unlike other survival dramas, Squid Game is not set in an alternate world or distant future, but in the present day. What’s more, participation itself is almost entirely voluntary. I say ‘almost’ because once you join the game, you cannot withdraw without a majority vote from the player cohort.

Squid game is, in essence, a thriller survival drama with the occasional cameo of horror. Besides some bloody gun shots and a few creepy organ-harvesting scenes, there is not much else in the gore department. Rom-com fanatics may want to look elsewhere, as this series is as far away from Love Actually as anything can be…bar one intentionally distasteful bathroom scene.

The Cast and Creator

Squid Game was written and directed by Hwang Dong-hyuk. He initially sought production approval for his script in 2009, but was dismissed by several networks. The series was inspired by Hwang’s financial struggles and is microcosmic of the capitalist competition for wealth and success.

As for the cast, many of them are well-known to domestic audiences. The creator cast Lee Jung-jae as Gi-hun to distil the heroic nature of his previous characters. Similarly, Wi Ha-joon, actor with a character history of psychotic villains, becomes the undercover cop we all root for, Jun-ho.

However, some of the stand-out cast members are new to acting, such as Jung Ho-yeon, Korean model who plays Sae-byeok. Squid Game marks Jung’s acting debut, but the role alone has made her the most followed Korean actress on Instagram. Conversely, O Yeong-su, who plays the elderly yet cheerful player 001, has acted professionally for over 50 years.

International audiences may be intrigued by the Korean-speaking foreigner in the mix, player 199, portrayed by Indian actor, Anupam Tripathi. Tripathi has acted in a variety of Korean film and TV, though Squid Game is the first in which he plays a main character. Although his character speaks Korean well, he learns the traditional Korean games alongside the foreign viewers. 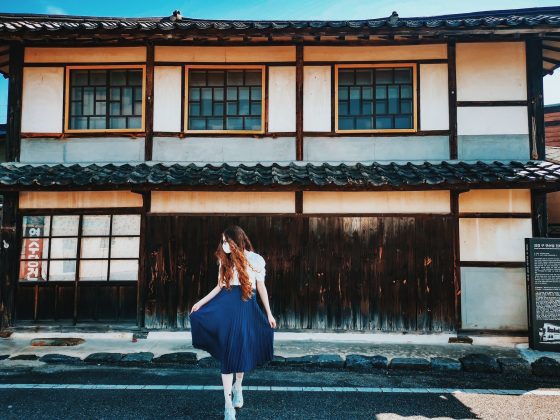 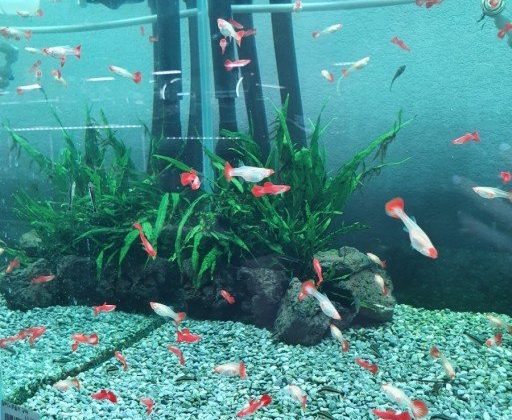 Under the Sea in Seoul: Aqua Garden Café