The Halloween parties are cancelled and you’re looking for a way to enjoy Halloween safely. Ever thought of taking a solo trip to the tombs of Gyeongju? Gyeongju is famous for historic landmarks and UNESCO sites, including the tombs of ancient royalty and nobles. Be honest, everyone is fascinated by tombs, especially ones that are over 1000 years old. For instance, how did these people live their lives? How did they die? Why were they buried in this way? Take a spooky trip to find out…

I have a well-illustrated history of solo travel. I am used to it and find it easy but I know that it can be daunting for others. Here are some of my greatest tips for solo travel:

As well as the spooky element of the tombs, they’re usually located in mountains or valleys, perfect for a healing solo trip. Additionally, there are 100s of tomb mounds in and around Gyeongju, so you can easily find them.

Interestingly, while we would use the word ‘tomb’ to describe these places in English, the tombs have different names depending on who is buried there in Korean1.

There are popular and the lesser-known ancient tombs to visit in Gyeongju, but here are a few that I visited:

Daereungwon is the largest tomb complex and arguably the most famous tomb in Gyeongju. The complex was built during the Silla period (57 BCE – 935 CE) for Kings and Queens. Interestingly, most of the tomb mounds here have no names attached to them and are yet to be fully excavated.

When entering the tomb complex — or, tumuli — you’ll be wowed by how big they are. Additionally, many trees and plants grow around the complex so you can enjoy the natural scenery as well. All of the tombs are in the classic Silla-style wooden and stone structure, a crafty construction technique that has enabled them to survive 1000s of years. Furthermore, the Silla tombs are very different from the Baekje tombs, like those in Seoul, which consist of individual mounds of stone rather than tomb complexes of grass.

Cheonmachong is the only open tomb in Korea, where we can actually see the interior of the tomb. There is also a small museum with an exhibition of Silla treasures that were found alongside the remains of those laid to rest inside. Additionally, the tomb was named after the ‘Cheonma’, the mythical Korean flying horse with 8 legs and wings; a drawing of which was found inside. Interestingly, the image of ‘cheonma’ is used a lot in North Korea, including in their propaganda.

The Five Royal Tombs allegedly housed the bodies of the first four kings of Silla and the first queen: King Hyeokgeose and his wife Queen Aryeong, King Namhae, King Yuri and King Jabi.
However the name has spookier origins within Korean folk literature, such as the splitting of King Hyeokgeose’s body into 5 pieces upon his ascent to heaven and a hindered burial process by a huge snake.

The Gyeongju Five Royal Tombs complex is definitelly smaller than Daereungwon but had a wonderfully tranquil atmosphere. Moreover, there’s a beautiful bamboo forest you can explore — I even saw a wild deer! However, it may have been quiet because I visited early morning and it certainly felt a little spooky without people around. You can also visit the Sungdeokjeon Shrine next to the tombs, built to honour the royals and displays royal artifacts.

Located within easy walking distance of Daereungwon Tomb Complex, the Noseo-dong Tomb Cluster contains 3 different tombs, including the site where the famous Silla golden crown was excavated. Naturally, the site was named Geumgwanchong (Gold Crown Tomb), alongside Seabongchong and Seabonghwangdae (Tomb No. 130.)

Unlike Daereungwon, this tomb cluster is open free to the public 24/7. What’s more, you can even picnic there! However, you should not climb the mounds or sit on them. I decided just to walk around as I had done at the previous tombs but I was shocked to see people taking naps under the trees. Sorry, but I think sleeping at a burial ground is too spooky! 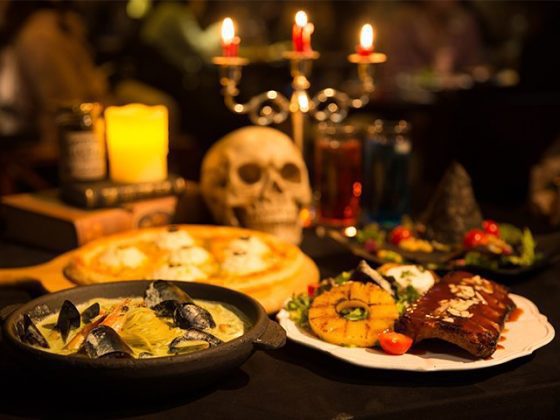 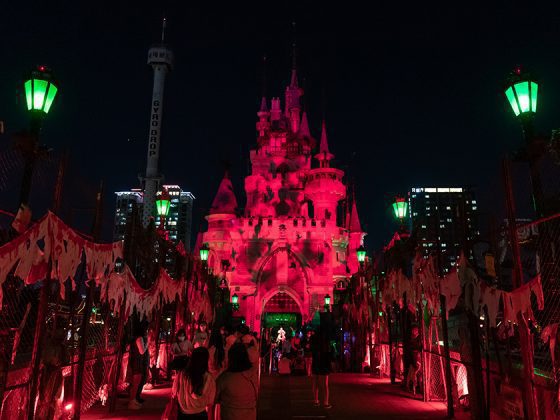