Sky Castle – Visit the filming site of this drama

If you have watched Sky Castle drama before, please let me enlighten you on the fact that it is one of the most successful dramas in South Korea. Or if you’re already aware of that fact, I’m glad I’m able to remind you that. Sky Castle is a hit in South Korea and almost everywhere else in the world.

Koreans themselves enjoy watching it, other people around the world is attracted by its charm as well. Not only has the drama become such a hit because of its thrilling plot, but also because certain situations in the drama reflect real life situation in South Korea’s education society. I am guessing you’re a fan of the drama, so now you want to know more about the filming locations of the drama. Hence you decide to click on this post. Well, you have come to the right one. In this post, I will introduce to you the filming places of the blockbuster drama.

Visit the filming sites of the drama!

First on the list, we have La Centra. The luxurious neighbourhood that the characters of the drama live in. It is actually a real neighbourhood in real life. This high end luxurious neighbourhood is located at Yongin, Gyeonggi Province. Here’s where the majority of the filming took place. La Centra, formally known as Tuscany Hillscondo, is an inspired Italian architecture neighbourhood built as a complex of luxury villas. It is located in the grounds of the Gold Country Club or Gold CC. The Gold CC itself is said to be a golf and art village. The condos sit right next to this golf club’s Korea CC Challenge Course

You may be wondering, can you actually enter the neighbourhood?

Unfortunately, this place isn’t open to the public. Since it is also a part of a golf club. However, you can still try to enquire on their website if you have a strong visit purpose.

Even going on their website already feels luxurious. Even just by looking at the place in the drama is already breathtaking, can you imagine what it feels and look like in real life..?!

Next on the list, we have Sapoon Sapoon cafe. Since it’s a cafe, it’s a place that you and everyone else can go! This cafe is located in Gangnam.

Get to Gangnam Station, at then get off at Exit 5. From there it is a 1 minute walk. Pretty near from the station.

Cafes in Gangnam during the weekends are usually full and it’s usually not easy to look for seats. Trust me, I’ve experienced this before. It is said that this cafe has seats even during the weekends. However, this Sapoon Sapoon Cafe, is not the case.

The cafe is monotoned themed with hints of nature, plants hanging beautifully from the ceiling. The cafe’s wide and furnitures are placed at appropriate distances so it feels refreshing being in there.

If you’re a student studying in Korea, it has a suitable studying ambiance as well!

Last one on the list, we have the hospital! I’m sure you’re familiar with the hospital, the workplace of the husbands in the drama. Where most of the stories and scenes of the guys are told and seen there.

In the drama, the hospital’s called Junam Hospital. They obviously had to change the name for the drama.

If you’re interested to go here, here’s how you can:

Take the train to Byeongjeom Station and exit out the station at Exit 1. You would have to take the bus from there. It is approximately a 46 minutes bus ride.

If you’re really a fan of the drama and want to explore the filming sites and new places in Korea at the same time, challenge yourself to visit all those filming places of Sky Castle!

Thanks for reading and hope this post gave you some insight of the filming places of the blockbuster Korean drama, Sky Castle. 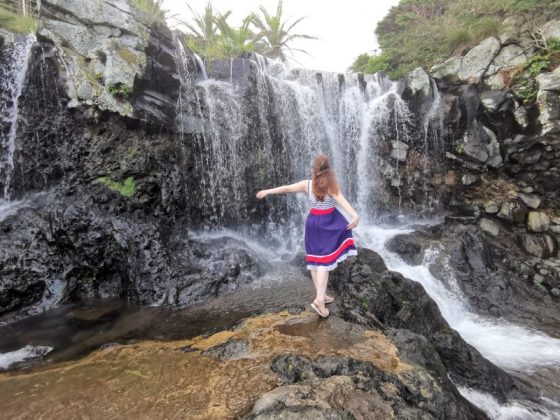 The Magnificent Waterfalls of Jeju island