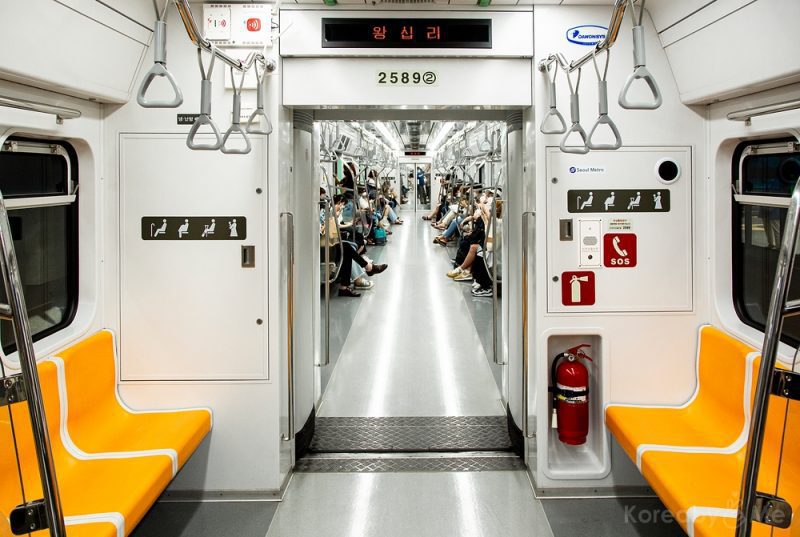 Seoul Subway: Your Ultimate Guide To Using The Train

Although people living in Seoul are aware of using the subway to travel from one place to another, it still may be confusing for foreigners. The confusing maps and various stations might tempt you in hailing a cab. But don’t worry! Read below and discover your ultimate guide to travelling through the Seoul Subway.

Searching the Location of Seoul Subway

If you are a foreigner, visiting Seoul for the first time, you might not know the exact location of the Seoul Subway. But, you can always search for the nearest station from Google Maps. There are over 20 lines and various stations around the city. No matter where you are in Seoul, you can easily find a station near you. You can also ask the people around you to guide you to the nearest subway station. You can also search the station with the help of online apps. Apps like KakaoMetro and Subway Korea allow you to search the station and also the schedules.

Once you reach the station, you can check your destination, and then comes the most important part. You have to buy tickets for your journey. There are two ways to pay for the tickets.

Every single time you enter the subway station you would have to buy this card to pay for that trip. You should only use this option, if you are in Seoul for a short time.

If you are in Seoul for a long time and have to use the subway daily, you should buy the T-money card. The card has a capacity of 20,000 won and a minimum of 3000 won are needed to activate the card. You can easily add money to a T-money Card when you need it. You can add the money from any convenience store, or from any T-money reloading machine at the Seoul Subway station. Buying a T-money card should be a better option for you if you plan on using the Seoul Subway for some time. Not only is it more convenient, but it is also cheaper.

To add more amount to the T-money card at the station, follow these steps:

Looking For The Desired Train

Once you get your card, either one of them, you have to locate the map at the subway station.

Once you get to the map, look for your desired destination. Follow the directions and get to the platform. One of the great things about the Seoul Subway system is its directions system. There are directions provided everywhere.

You can also travel by Seoul Subway through this amazing guide.

The platforms have glass doors that are on the same level as the doors of the subway. You can wait at the side of the door so people can exit the subway before you can board it.

Although the subway can get very crowded in rush hours, you can still find seats. Do not sit on the seats on the far ends. They are meant for elderly and disabled people.

Before exiting the Seoul subway, you have to tap the card, the same way you did while boarding the train. Once you exit the Subway, you can find the exit from the station easily, through the directions.

There you go! You can now easily make your trip memorable by traveling conveniently through the Seoul Subway.