Seoul Olympic Park: A Park that Comes to Life During Autumn

Seoul Olympic Park, a serene park located in the city full of hustle is a great park for you to have a visit to get peace of mind. A 3-hour stroll is all it takes to enjoy the beauty of this enormous park. The park is divided into several zones, including a Leisure Sports Park, Cultural Art Park, Environmental Eco-Park, and History Experience Park dedicated to the area’s rich historic heritage. Nevertheless, what makes this park unique is the flowers that bloom during the autumn season.

In September and October, this park comes to life with unique flowers in full bloom. The fields are painted in a sea of orange, pink, and a variety of colors, with locals heading down to witness this amazing natural phenomenon. Thus, if you are planning to come to Korea during autumn, do not forget to witness this mesmerizing phenomenon!

Home to various types of flowers in different seasons, this is a must-visit zone in Seoul Olympic Park. During late spring (May-Jun), the field is covered with red poppies. During autumn, the field is painted with yellow cosmos and sensation cosmos. This garden is a famous photoshoot spot among locals and among foreigners too! So, if you are planning to go to this garden, it is advisable to go on weekdays to get more beautiful shots with lesser people.

Gaining huge popularity among locals, pink muhly grass filed in this park is one of the most favorite attractions for locals during autumn. The pastel pink grass field is also a famous photoshoot spot for Instagrammers. You can also witness brown muhly grass too in this field.

The One-tree Hill, also known as ‘The Lonely Tree’, is hands on one of the most famous attractions in Seoul Olympic Park among locals. Standing gorgeously in all 4 seasons, a sense of peace and calm can be felt by witnessing this cinematographic scenery. This massive real tree standing alone in a wide green field is what makes it an Instagram worthy scene. It is a must-visit spot in the park if you want to take breathtaking clicks.

Standing at the main entrance to the Seoul Olympic Park is the colossal World Peace Gate, with its striking winged arches designed by Kim Jung-up for the 1988 Olympics. This enormous gate symbolizes peace and harmony. Under the wings, there is a mural showing the guardians of the gate-a dragon, a phoenix, a tiger, and a turtle which symbolizes the strength of Koreans and their freedom. This mural is named ‘A painting of four spirits”. At the center of the gate, an eternal flame and a declaration of peace can be seen.

Throughout the journey around the Olympic park, you can witness the Lotte World Tower under different angles. So, grab the chance to click the marvelous pictures of the landmark of Korea-Lottle World Tower.

Directions to the Seoul Olympic Park

The Seoul Olympic Park is easily accessible through subway and bus.

Hi! I am Aiyinggeri from Malaysia currently pursuing degree at Sungkyunkwan University. 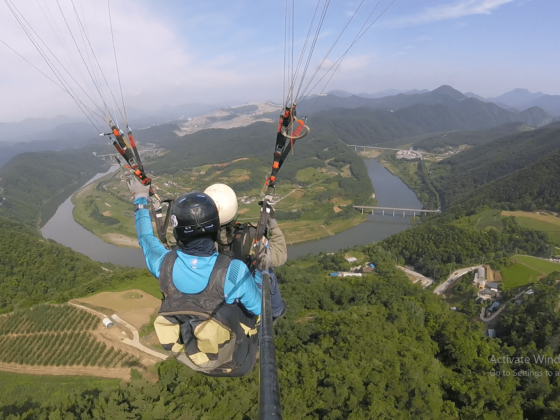 Danyang Paragliding and Zipline – Witness the Wonders of Nature 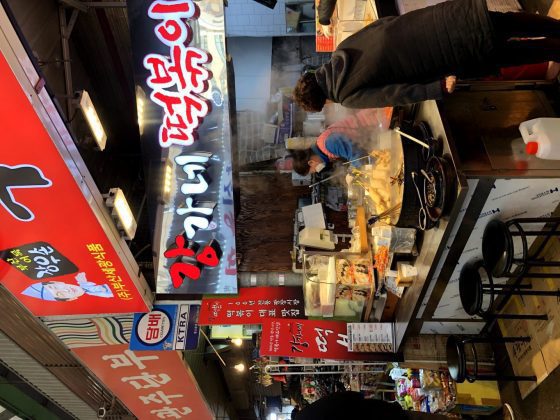