Situated in the famous center of the Gangnam District, the Seoul Aquarium is a popular tourist attraction. It’s also commonly called the COEX Aquarium too. Moreover, it’s all about stepping into the realm of the unknown underwater region. Moreover, this destination is Seoul’s largest aquarium. And with plenty of themed discovery zones nearby, you can witness around 40,000 sea animals. How’s that for a wow factor?

Similarly, the famous aquarium also boasts plenty of other attractions. And believe it or not, it’s got the largest population of sharks in all of Korea! And if that wasn’t enough, you’ll also find a gigantic variety of sea species. Now that’s what you call a sea lover’s dream come true!

Along the way, don’t forget to enjoy some memorable performances such as the versatile ‘mermaid act’ or the heartwarming penguin feeding. But that’s just the beginning!

Join us below on our virtual tour through one of Seoul’s most talked about and happening sea world locations- Seoul Aquarium.

Table of Contents
How do I get there?
Entry Via Ticket Admissions
It’s diversity personified at Seoul Aquarium
Learning becomes easy with kid-friendly guides
What to expect at the Seoul Aquarium?

How do I get there? 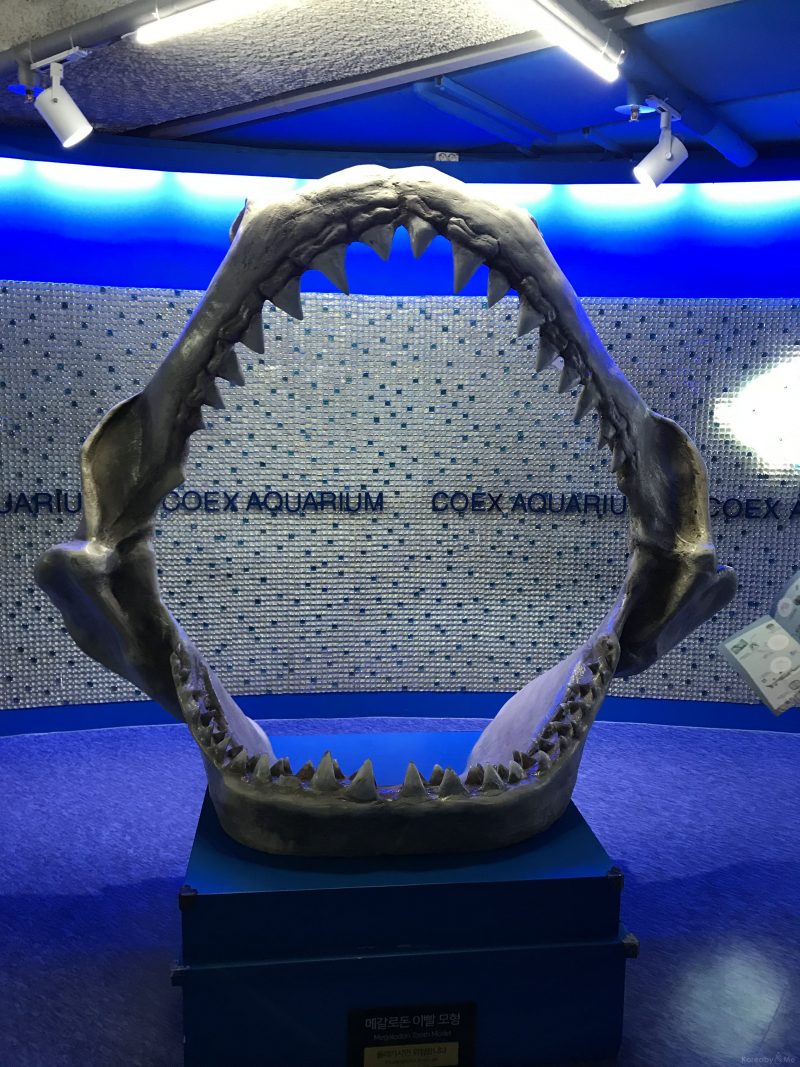 Situated in the heart of the renowned Gangnam District, you can reach your destination through several means. They include the following:

First things first, you need a ticket to enter the location. And you can get them with absolute ease. Remember, the aquarium grants entry, for every single day of the week. 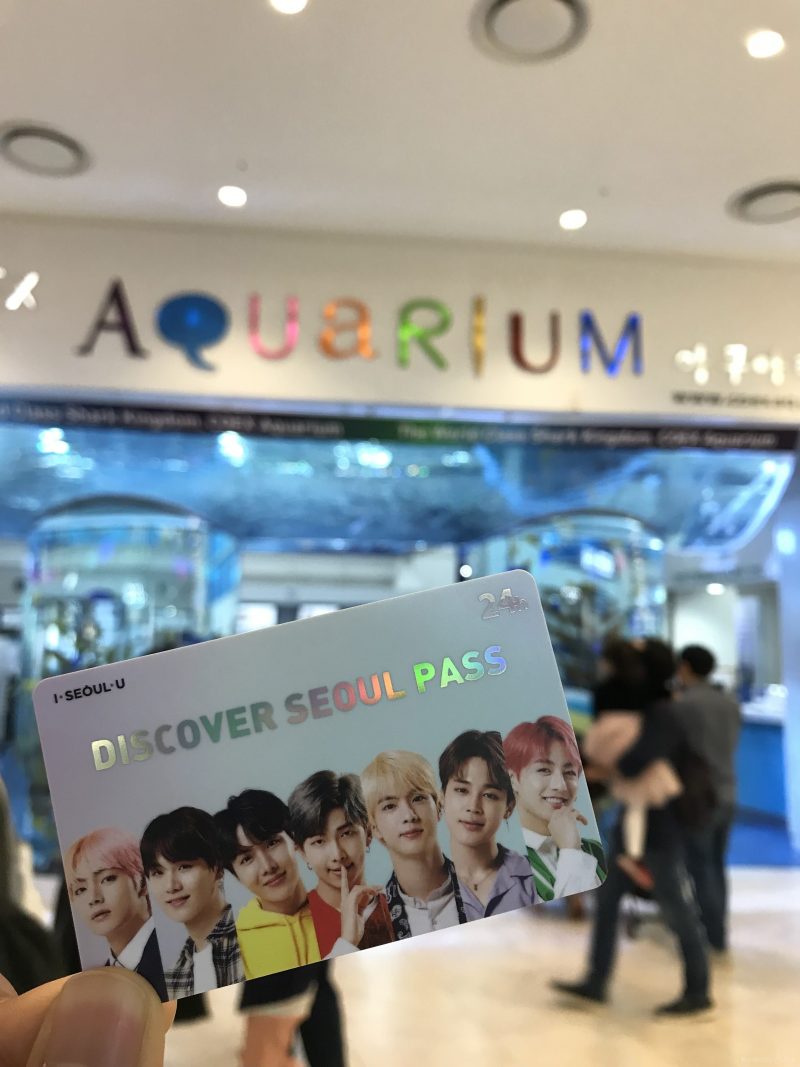 Either book online or physically get the ticket- the choice is all yours. For those choosing the latter, you’ll instantly be notified via email confirmation. Hence, do keep an eye out for that.

As far as the cancellation is concerned, they’re pretty flexible. Moreover, you’ll get a full refund in cases before the voucher gets redeemed. However, there are no cancellations acceptable after redeeming vouchers.

Last but not least, the ticket for adults is around 28,000 Won. Similarly, kids have a separate ticket fee that stands at 19,500 Won.

If diversity had a face, this tourist attraction would win hands down. Meanwhile, think along the lines of 180 grand exhibition tanks. Yes, but that includes 90 separate breeding tanks too! 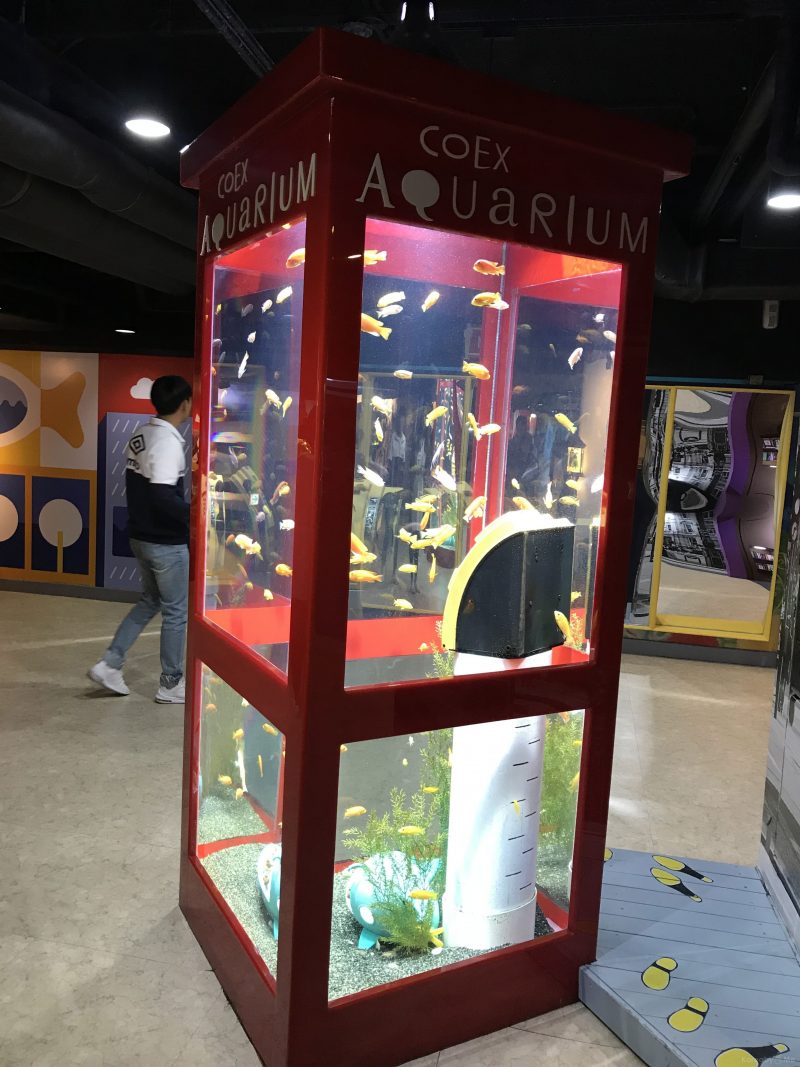 All in all, it’s equal to about 3000 tons of water bliss. Now that’s equivalent to thousands of swimming pools, altogether. What’s really fantastic is how this place shows diversity of the best kind.

You’ll find almost every single aquatic specie that you can think of. Moreover, it’s like an encyclopedia of sheer greatness. And it’s safe to say, you’re going to fall in love with every single being.

All in all, there are around 14 discovery zones. And these are set up against a theme. You can imagine seeing things from the heights of mountains to the depths of the forests- what a feast for the eyes! 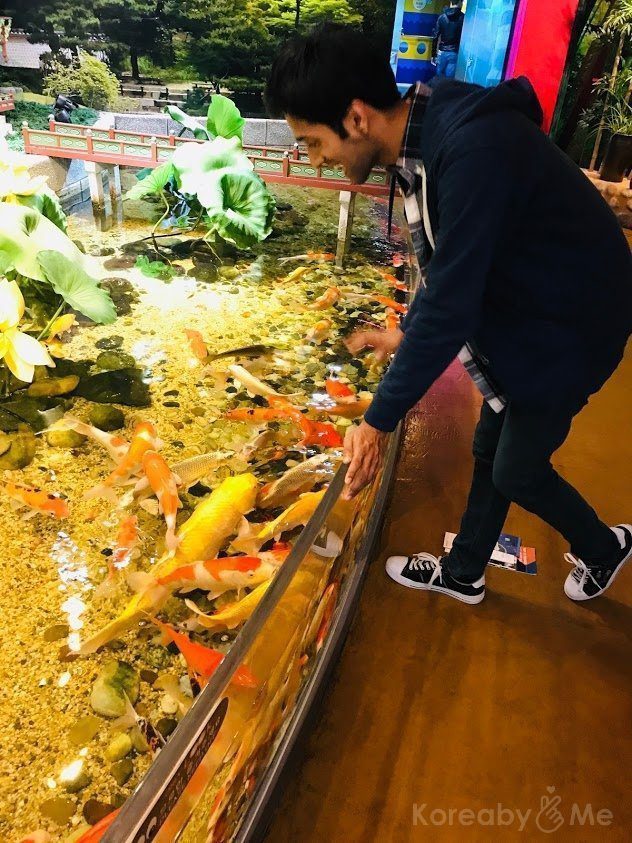 And what’s really amazing is how every creature relates to a particular habitat. For instance, you’re not limited to ecosystems or swamps or grasslands. It’s a beautiful amalgamation of it all.

One of the best things to look forward to at this majestic location is the valuable learning experience. Whether you’re a kid or an adult, it simply doesn’t matter. Above all, you’ll gain on some interesting marine related knowledge, that’s fascinating to say the least. 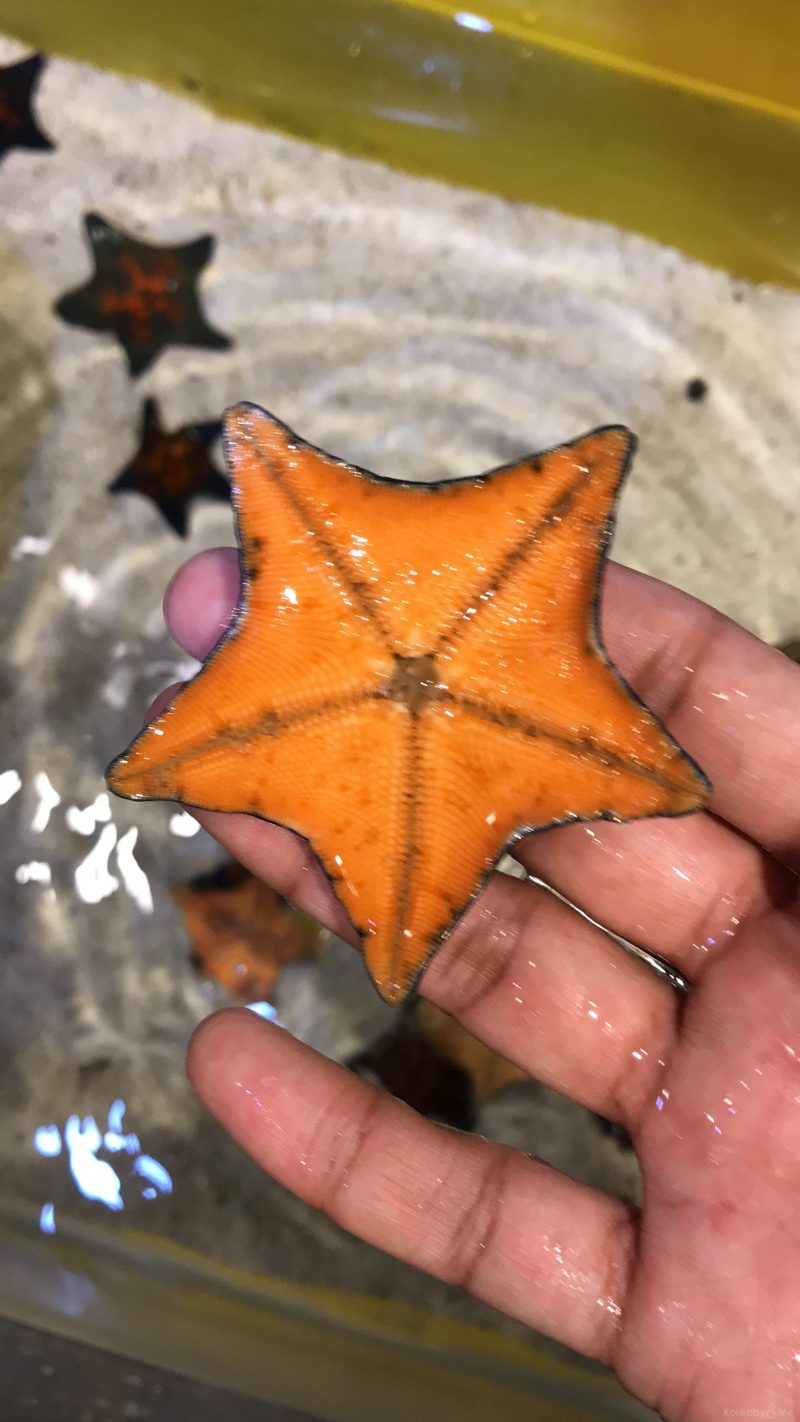 Be it sea turtles, stingrays, or crabs- there’s just so much to look forward to here. And what’s great is how the peculiar creatures wander around amidst your amazement.

Meanwhile, the interactive areas give visitors a chance to learn in the most kid-friendly manner. Who knew the aquatic kingdom was so distinct and diverse?

What to expect at the Seoul Aquarium?

To help make your life easier, we’re jotting down some brilliant highlights worth your while. These are some of the standouts that warrant a second glance! Happy viewing!

With over 40,000 creatures to look at, here’s a list of the most intriguing ones out of the lot:

If Finding Nemo is a favorite, then you’ll love the display here. The clownfish are such a beautiful species, we’d probably refer to them as true stars.

Definitely not for the faint hearted, these creatures resemble both grass as well as eels. Yes, when they’re in need of camouflage, they hide their tails. And that’s a true speciality indeed!

While these creatures may appear friendly at first glance, they’re far from it. Yes, don’t be fooled by their smiling faces. They can sting harshly with that tail.

If we had to pick one of the most interesting creatures at the location, this would win hands down. Furthermore, when you see them, you’ll also find out how they actually give birth.

Straight from the African lands, you’ll love this large specie on display. And the best bit being, they thrive fantastically in warm and dry locations. The environment here is just perfect!

With so much to look forward to, it’s no wonder why Seoul Aquarium scores a top spot on every traveler’s bucket list.