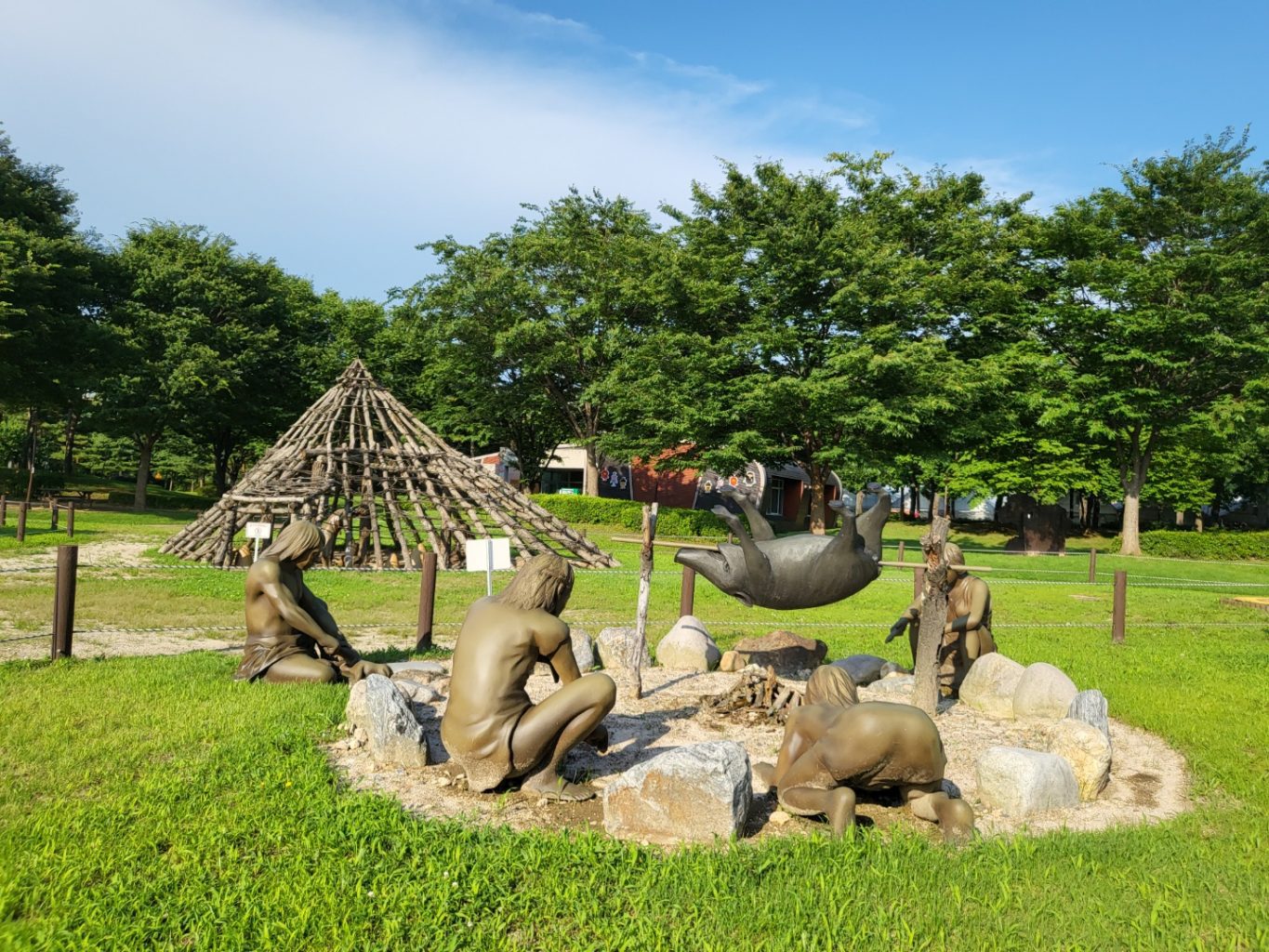 When you think of historic sites in Korea, the first thing that probably comes to mind are places like Gyeongbokgung Palace or Bukchon Hanok Village. However, you can go back way further. Amsa-dong is one of the oldest historical sites you can visit in Seoul, dating all the way back to the Neolithic era.

Haven’t heard about Amsa-dong? Don’t worry, most people haven’t. When most history enthusiasts visit Seoul, they stop by the palaces and folk villages. However, Amsa-dong is one of the most amazing places in Seoul a history buff can visit.

On the very southeast of Seoul, you can find a fully restored, and even partially preserved village dating back to between 4,000 and 3,000 BCE. For context, this site is at least 1,000 years older than Stonehenge!

This settlement from the Neolithic Age is the largest excavated prehistoric village in Korea. Archeologists have unearthed an unbelievable number of artifacts at the site. Through carbon dating, they were able to even identify preserved pottery and other objects from 3,500 to 6,4000 years ago. With all that they’ve recovered, scientists and historians have worked together to paint a surprisingly vivid image of how the ancestors of Seoul lived.

The settlement was first discovered in 1925 as the result of a flood. At that time Japanese scholars found various relics, such as stone tools and pottery. However, due to a turbulent history, excavations didn’t start until 1957. First, the excavations were led by Kyunghee University, but it later became a multi-organization project due to the scale of findings. Then, in 1979 the government designated the dwelling as Historical Site No. 267 and built a museum for educational purposes.

The Prehistoric Settlement Site in Amsa-dong

The space is completely open to the public as a park. While walking the premises you can take a look at an actual excavation site, reconstructions hut homes, and exhibition halls. Furthermore, there are a lot of activities that you can take part in, all for free!

You can have a go at the work of an archeologist and have a first-hand taste of life in the Neolithic period. Visiting the site has high educational value for children and families, as well as anyone who wants to learn more about the Neolithic area in Korea.

In front of the site, there is also a parking lot and a cafe. If you are hungry after visiting Amsa-dong, the surrounding area has a lot of different restaurants to try.

Already upon entering you will see how much thought was put into the museum. The entrance resembles a dolmen (a monument made of giant stones). If you go left, you will find the excavation pavilion, where you can learn more about how excavations are done.

After the excavation site, if you go back to the entrance and continue walking, you will come across the underground shacks. Nine of ten reconstructed shacks are not available for entry. However, one of them is open and shows how the typical prehistoric Seoulite lived.

The texts in the exhibition halls are all translated into English so you can easily read about everything.

The first exhibition hall will introduce you to the Neolithic era in Korea. You can read about everything – from the plants and animals people consumed, to the tools they used to store food and hunt. In particular, the exhibition has a lot of information on comb-pattern pottery, which is typical for that time. One section I found particularly interesting was how the excavation site of a shack was shown, with the artifacts also displayed.

The second exhibition hall is for education. In a playful manner, you can make fire, grind acorns, reconstruct pottery, and more. It also features a library for children. What I really liked was that some things were combined with a multimedia element. For example, while making fire, a flame would slowly appear on the screen behind.

The last part of the site was the Experience village with reconstructed huts and scenes from the Neolithic period. You will see statues of the people producing pottery, cooking, and hunting. In some areas, you can try fishing and excavating. However, the different programs are just available on the weekend and usually only for children according to the website. To view the program schedule, Click Here.

As a fan of archeology and prehistoric life, I really enjoyed exploring the site a lot. It was also a nice change in historic content to see a Neolithic settlement in Korea. It was completely unique when compared to the other historic sites I’ve visited in Korea. I was surprised by how big it was and how many different elements were displayed. Seeing everything, from the excavation sites to the reconstructed huts, made me happy and reminded me of how interesting the past is. So if you are eager to learn more about Korean history, I definitely recommend a visit to this site.

If you are a Korean history enthusiast and haven’t heard of what happened to Prince Sado, you need to Click Here! This might be one of the craziest royal family dramas in all of history.