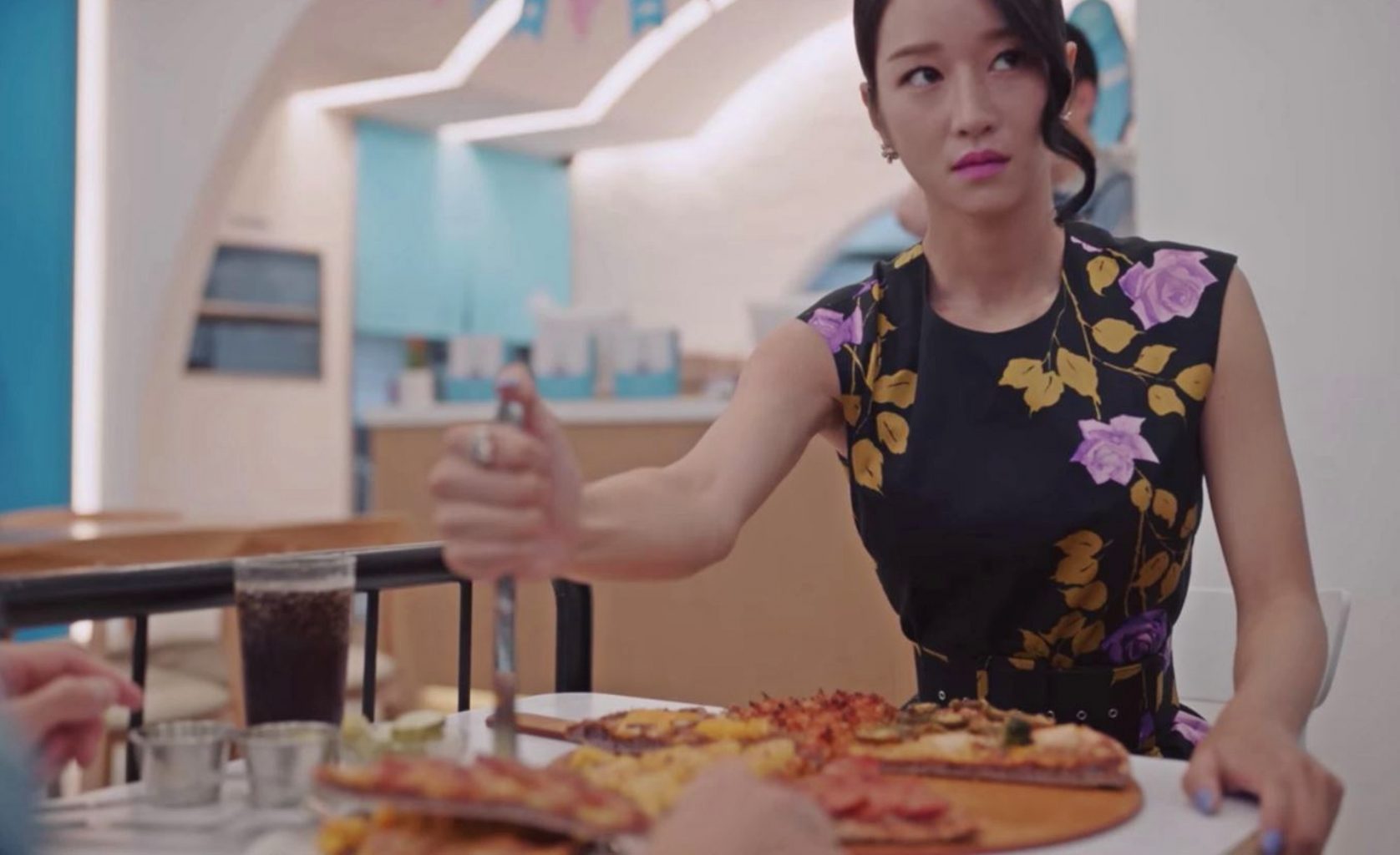 Pizza Alvolo has been featured in a number of top Korean dramas such as Hotel del Luna and It’s Okay Not To Be Okay. But, is it really that good?

Pizza Alvolo opened its first restaurant in 2005. It was opened by two brothers that both went to culinary school and trained in classic Italian cooking. However, they took what they had learned about Italian cooking and substituted ingredients with those more readily available in Korea. Instead of using flour-based dough, Pizza Alvolo uses black rice flour sourced from fields in Jindo. They also traded traditional Italian cured meats for things such as bulgogi and spicy marinated chicken.

The original and simple Korean flavors of Pizza Alvolo quickly led to it becoming a hit. It quickly began expanding and they currently have branches all over South Korea. Plus, they are looking to expand overseas as well.

Not only that but Pizza Alvolo has also been featured in many popular Korean dramas. You may recognize the brand It’s Okay Not To Be Okay or Hotel del Luna.

The branch of Pizza Alvolo that is shown in Hotel del Luna is located near Yangpyeong Station in Seoul. The same location is shown in multiple episodes throughout the series. 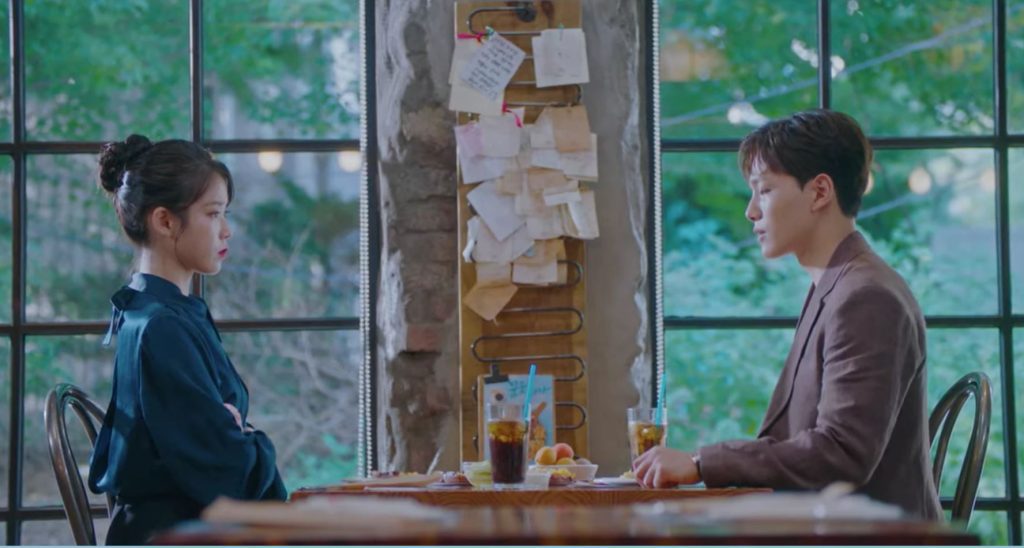 As for the hit Korean drama, It’s Okay Not To Be Okay, the Pizza Alvolo used as a filming location was the Yeoksam Branch. 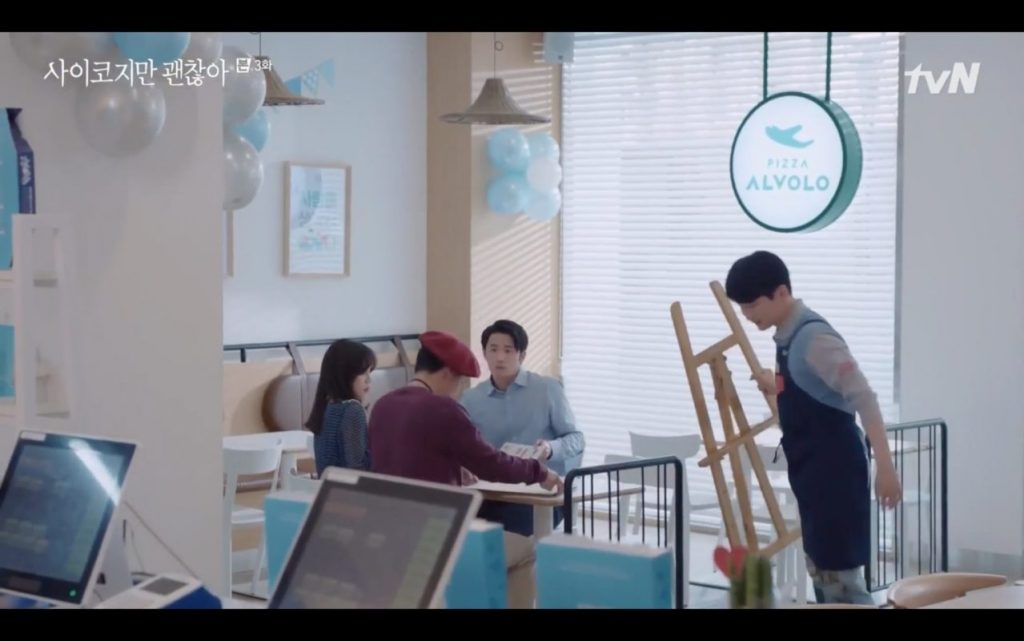 Each restaurant is a little different, but each location has fun decorations and a chill atmosphere. In Nonsan, where I currently live, my local Pizza Alvolo has little notes covering the wall. At this branch, as with many others, you can write your own note and stick it on the wall too. The main colors of the place are light blue, white, and red. This same color scheme can be seen through all of their branding. 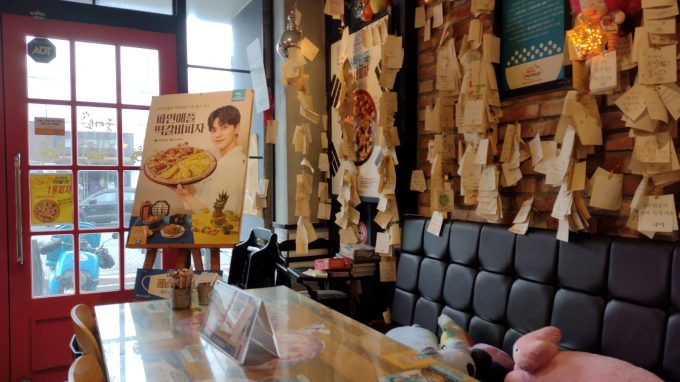 The restaurant I visited even had board games. I’m not sure if all locations have them, but I found it to be something really special. You can play while waiting for your meal. So, it feels like time flies while you are waiting for your pizza to cook!

Their menu is also really nice. Their large pizzas are big. It can be easily shared between 3 or 4 people. And, they also have many sides and even the option of single-serving pizza if you are eating alone. 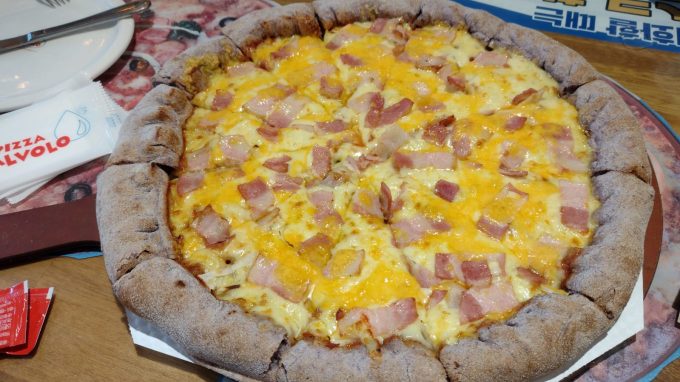 They have many options if you want to try the Korean flavors. Including, the famous pizza that was featured in an episode of It’s Okay Not To Be Okay. The pizza has eight slices, each with a different topping.

The large pizzas don’t go over ₩32500, not including any extra modification. But the cheese or pepperoni pizza is as cheap as ₩21000. As far as pizza places in Korea go, it is a fair price.

For sides, they offer breadsticks, cheese balls, mozzarella sticks, and even fried chicken. Personally, I recommend the cheese balls. They are super delicious!

Since I arrived in Korea, I have been trying different franchises and chain restaurants. I want to find a handful of reliable brands that I can make my new go-to restaurants. I am happy to say that Pizza Alvolo is now one of them.

If you are looking for more western-style pizza, Click Here to read about Pizza Express. They serve up the most authentic New York style pizza in Seoul! 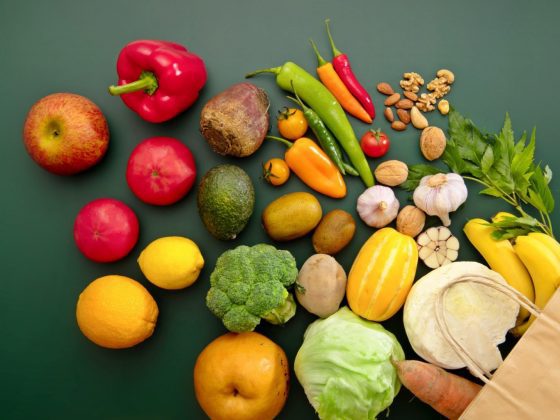