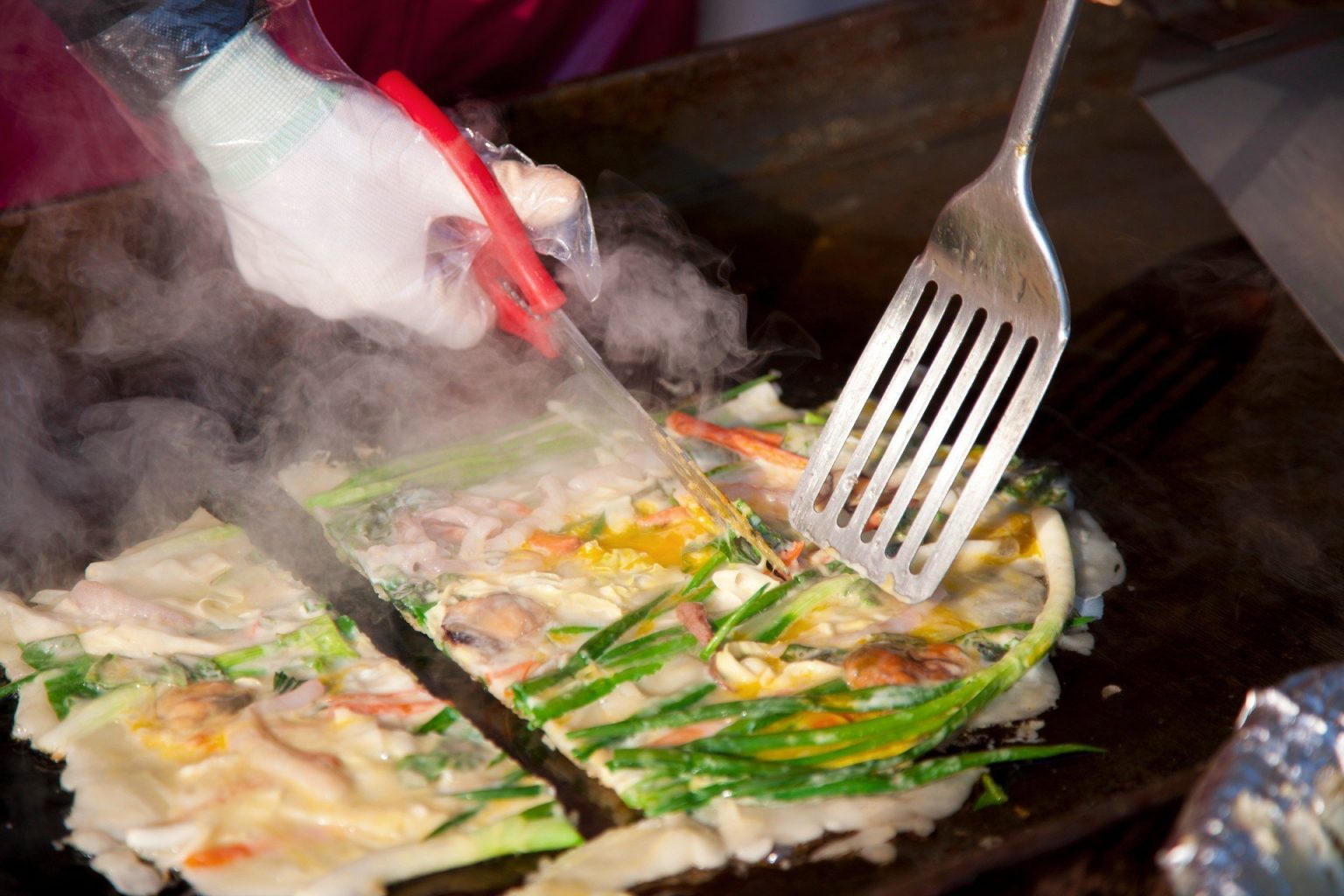 870
0
0
Table of Contents
What is Pajoen?
The Reasons You Must Try It
How to Get There
Get Directions
Menu
My Suggestion

Pajeon or in Korean, 파전 is a Korean delicacy. A popular Korea savory made with pancake batter mixed with shredded potatoes, vegetables, sometimes with squid or kimchi and finally pan fried until brown and crisp. Today I visited Pajeon Alley at Hwegi to try a must try Korean Dish ‘Pajeon’.

The Reasons You Must Try It

In the Korean culture, Pajeon is the perfect dish to eat when it’s raining. Why?

Now let’s dive into the famous Pajeon Alley in Seoul. It is located in an area called 회기 (pronounced Hwegi, but written as Hoegi at subway stations). It’s the line 1 subway station.

How do you get there? You get off exit one of the Hwegi station, walk straight to your left until you see a little alley that goes deep inside. It should look like the photo below. The sign up there in Korean translates to “Hwegi station pajeon alley”.

You head in into the alley and go to the end until you see a store called Yimone Wangpajeon (이모네 왕 파전)  to your right. The sign is in full Korean, but you can refer to the Korean writing in this article to compare if it’s the right one. Look for a signage that is lit up in orange. This is one of the famous pajeon stores in Korea.

When you enter the store, you will see the huge menu hung on the wall. However though, the menu is in full Korean.

So what I would suggest is look through the menu the night before, get someone who’s familiar in Korean to translate all the menus for you and if they’ve tried the dish, they can suggest it to you. OR you can translate it yourself using the google translate ‘camera’ function, where it instantly translates everything you show your camera to, and study the menu and the type of food they have to offer.

It requires a little work, but at least you’ll be able to know what you will be eating with all the research that you’ve done the night before! For example, my friends and I usually get Set C which is the Pajeon + Seafood Jjampong (jjampong is a chinese soup delicacy), sweet corn, tteokboki and drinks. This set was 22,000 korean won and can feed up to 4 people! It’s a great deal if you ask me. There is no meat contained in this set. So it is safe for muslims to consume. I also want to add that their tteokbokki is delicious!

Pajeon is usually eaten together with the little sauce that has onions that you see in the above pic. It’s really good. Hope you’ll be able to try this Korean dish someday!