With K-Dramas topping the charts on Netflix, Apple TV has now begun its own ventures into the genre. However, Pachinko is not your typical K-Drama. It is perhaps the best reflection of what K-Dramas have become – an international phenomenon. Pachinko is a historically based fiction that spans three settings in three languages. This American-Korean-Japanese drama is truly one of a kind. 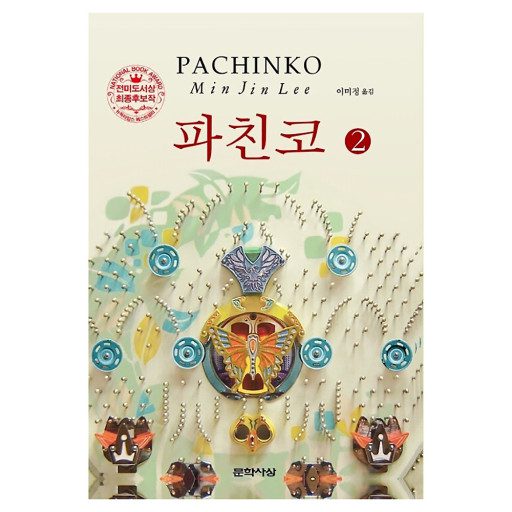 The new Apple TV+ series Pachinko is based on Lee Min Jee’s second novel. Lee Min Jee is a Korean-American immigrant who first moved to the United States in 1976 at the age of 7. She grew up in Queens, New York, and attended Brox High School of Science (the same school as Spiderman in the Avengers series!). After graduating from high school she studied history, then graduated law school, and worked as a corporate lawyer. However, she quit after just two years, deciding to instead pursue her dreams as a writer. She later moved to Tokyo Japan in 2007 and married a half Japanese, half American man. She now lives in New York with her husband and son.

The novel Pachinko was inspired by Lee’s interests in history as well as her international immigrant background. The historical fiction novel does a deep dive into the experience of a Korean family immigrating to Japan during the Japanese occupation of the Korean peninsula.

The novel has been praised by many critics and it was also a finalist in the National book award for fiction in 2017. The novel has been translated into 30 languages and it is no doubt the TV series adaptation will be a hit. However, we are bound to see some changes from the original storyline presented in the book. Guess we will have to stay tuned to find out!

One of the most unique features of the cast is that, as the story spans three different countries, the cast is also multinational. During the series, you will notice that the dialogue frequently switches between Japanese, English, and Korean. For authenticity’s sake, there are actors and actresses who are native speakers of each of their respective languages.

Youn Yuh-Jung plays the protagonist role as Sun-Ja. The North Korean-born actress’s breakout role was in the 1967 Korean TV series Mister Gom. Since then, she has had a non-stop career in Korean TV and film. In 2020 she won an Academy Award for Best Supporting Actress for her role as Soon-Ja in Minari.

Meanwhile, Kim Min-ha plays Sun-Ja as a young adult. Kim Min-ha had her first named role in 2017 as Yeo Seung-eun in School 2017. This is her first role in an internationally produced film.

Next on our list of Pachinko’s actors is Lee Minho as Koh Hansu. Lee Minho is one of South Korea’s most well-known actors. In nearly every role he has ever played, he is the main protagonist/love interest. However, in this drama, we see Lee Minho venture into a role he has never played before. Lee Minho is the villain!

Other actors and actresses in the series are Jin Ha as Solomon Baek (Sun-Ja’s grandson), Anna Sawai as Naomi, Noh SangHyun as Isak, Kaho Minami as Etsuko, Jung Eun Chae as Kyung Hee, Sohee Park as Mozasu, and Jimmy Simpson as Tom Andrews.

The story starts with the birth of a young girl named Kim Sun-Ja who was living in a small fishing village in Yeondo, Busan during the Japanese Colonial period. Her family ran a guest house and Sun-Ja worked as a helper. She was living a normal life until she met a man named Ko Han-su who was a Korean merchant who occasionally visited Busan from Osaka for Business.

Sun- Ja falls in love with Han-su without knowing details about his life. After their romance blooms, Sun-Ja becomes pregnant. However, she later finds out that Han-su was not the man she dreamed of.

They drift apart. But, the fear of shame of having a fatherless child haunts her until she meets a church priest named Baek Isak. He was lodging in their guesthouse and got to know her situation. He then offered to marry her and asked if she would move to Japan with him. The story then focuses on Sun-Ja’s struggles to survive in an unfamiliar country amid the Japanese-Korean conflict.

The story revolves around three generations who live in Japan as Korean immigrants in the 20th century. Fast forward to the future, Baek Solomon who is a corporate worker based in New York comes back to Japan hoping to climb the corporate ladder.

The task is to persuade a Korean woman living in Japan to sell her land to a hotel group. While in Japan, he decides to visit his family. The difference between Sun-Ja’s life in the colonial period and Solomon’s life in 80s Japan shows the viewers just how much has changed in just a few short decades. For historical fiction enthusiasts, this TV series is recommended because of its artistry, plot, and focus on immigrant stories during such a unique point in time.

If you enjoy Korean historical fiction, you won’t want to miss Mr. Sunshine! You can watch the series on Netflix by Clicking Here. Once you’ve watched Mr. Sunshine, you can Click Here to learn about 12 film locations that you can visit in real life!