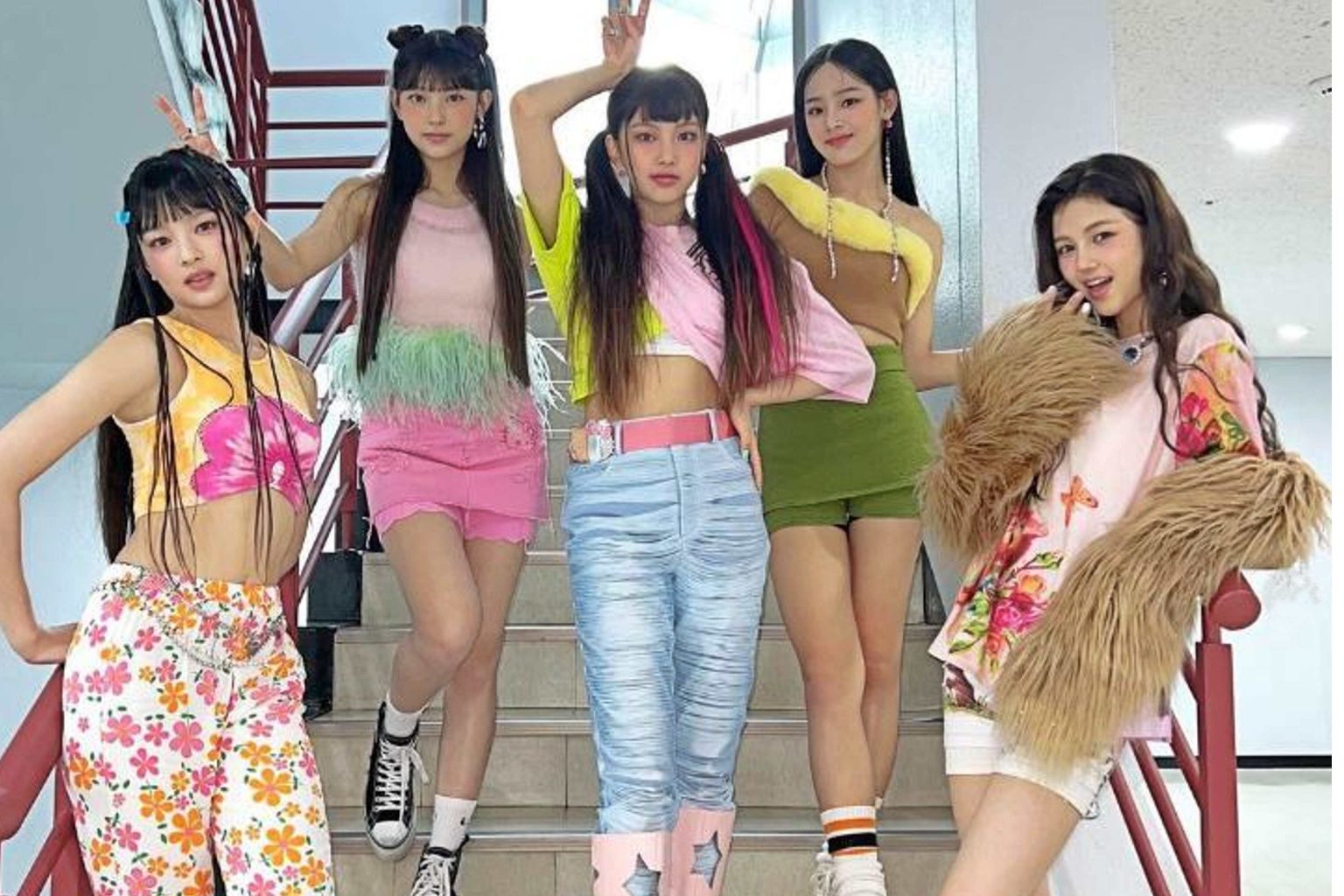 NewJeans: Where to Get Merch & Introduction

NewJeans is Korea’s newest girl group, released under HYBE’s subsidiary, ADOR. Their debut, on July 22, 2022, has caught the attention of the South Korean public and Kpop fans worldwide. Already, the group has broken multiple records and they are on track to become one of the biggest rookie groups of the year. If you want to get in on some of this group’s first edition merch, good news! The Hyundai Seoul is featuring the group’s first-ever pop-up store.

NewJeans (뉴진스) is a girl group composed of 5 members which were first introduced on July 22nd of 2022 with the single “Attention”. Later on, debuting on August 1st of the same year with the self-titled EP NewJeans.

NewJeans is the first group to debut under Hybe’s independent label ADOR (short for All Doors One Room). What’s more, ADOR is headed by the most successful woman in the business of Kpop, Min Hee-jin. Out of all of Korea’s entertainment firms, she is the only woman to earn over 500 million (about 380,000 USD) won annually. In the past, she was the creative director behind groups such as; Girls’ Generation, Red Velvet, f(x), Exo, and

The group is the first to debut under Hybe’s independent label ADOR (short for All Doors One Room). What’s more, ADOR is headed by the most successful woman in the business of Kpop, Min Hee-jin. Out of all of Korea’s entertainment firms, she is the only woman to earn over 500 million (about 380,000 USD) won annually. In the past, she was the creative director behind groups such as; Girls’ Generation, Red Velvet, f(x), Exo, and SHINee.

The five members are Minji, Hanni, Danielle, Haerin, and Hyein.

The oldest member is Minji, born in 2004 and currently age 18. She began training under BigHit in 2019 and appeared in BTS’s Permission to Dance music video. Her personality type is ESTJ.

A post shared by 놀아줘클럽 Play With Me Club (@playwithme_club)

Meanwhile, the youngest is Hyein, born in 2008 and is 14 years old. Despite her young age, she has an extensive history in the entertainment industry. She was previously a member of two kid groups, USSO Girls (under the stage name U.Jeong) and Play With Me Club.

Hanni was born in 2004, currently 17. Her birth name is Phạm Ngọc Hân. Both of her parents were born in Vietnam and immigrated to Australia before she was born. Her grandfather worked at a Taekwondo academy and she became interested in Korea through the sport. Later, she became obsessed with One Direction and became interested in becoming a singer. In 2014, she appeared on The Voice Kids Australia. Later, she joined a Kpop dance cover team in 2019 and participated in Hybe’s Global Audition in Melbourne Australia. From 2019 until NewJean’s debut, she has been a trainee under Hybe.

Danielle was born in 2005 and is currently 17. She has an Australian father and a Korean mother. Her Korean name is 모지혜.

Before debuting as a member of NewJeans, she was a child model and frequently appeared on TV programs often along with her elder sister, Olivia (모규나). Her appearances in Korean media began when she was 6 years old (3 or 4 international age).

Haerin is 16, born in 2006. She was cast on the street in front of her middle school and began as a trainee in 2020. According to her previous classmates, she was as kind as she is pretty and she was an active member of her school’s broadcasting club. Additionally, being from the city of Anyang, she speaks in a Gyeonggi dialect.

Fun fact: Anyang is a satellite city of Seoul, and one of its main attractions is Anyang Art Park. Click Here to learn more.

Their first and most famous song is Attention. Here is the music video that has been watched more than 16 million times to date.

Other songs recently released as music videos are Hype Boy, Hurt, and Cookie.

The EP itself is composed of these four songs.

Attention really got into people’s taste as it became the first 4th gen Kpop debut song to reach 100,000 likes on MelOn within 15 days and 23 hours. Not only that, but NewJeans became the first girl group to be number one on the chart for top artists on Spotify in South Korea. The only two other Korean groups that were able to get this achievement? BTS and BIGBANG.

To top it off, Attention became number 1 on various big streaming applications in Korea, and Hype Boy is the runner-up. The list includes MelOn, Flo, Genie, and Bugs.

On social media, like TikTok, the song has become a dance trend. Many videos of people doing the dance can be found nowadays on Korean TikTok, from big dance accounts to people just trying out the new song.

Here are a few videos of the trend:

During the three weeks of August, ADOR is promoting NewJeans with their new pop-up store. The store is located at The Hyundai Seoul, and a ton of merch can be bought there.

This official Twitter post shows all the possible items that you can get. From clothing to stickers, the pop-up store gives the public many options of purchase NewJean’s 90s aesthetic merch. The photo booth inside is also a fun addition to the store, and I saw many people lining up for it.

My experience at the pop-up store, similar to many other people, includes a substantial waiting time. Since the store is open to a limited amount of people every day, you have to do a registration on the spot on the day you are planning to visit.

The registration is simple and takes less than 30 seconds. Basically, you are going to insert your phone number on the tablet, and you are going to be assigned a number, along with the estimated waiting time.

Many people visit the store every day, so the spots tend to run out if you go later in the day. During the weekend, by the middle of the afternoon, no more registration is allowed on weekends. On weekdays, by 5 PM spots run out. You can check if the registration is closed at their Twitter account, as they update it daily.

Just so you have an idea, I registered on a weekend at 2 pm, and the waiting time was 5 hours. By 7 pm, I was called to line up by the door as my number was going to be called. You can stay up to an hour inside the place. So, although there is a long waiting time, the store was nice and I guess it is a great way to promote the new group.

The pop-up store is going to be there from August 12th until the 31st. So check it out while you can!

NewJeans definitely made their mark as a young and new kpop group. Their EP is being streamed constantly since their debut. Additionally, their pop-up store was a great extra promotion on ADOR’s part.

Access KoreaByMe for more articles about kpop, and South Korea! 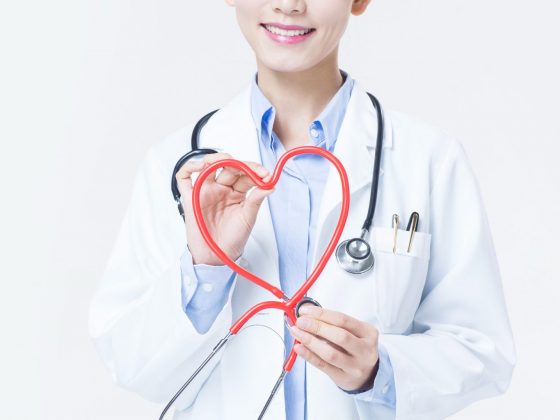