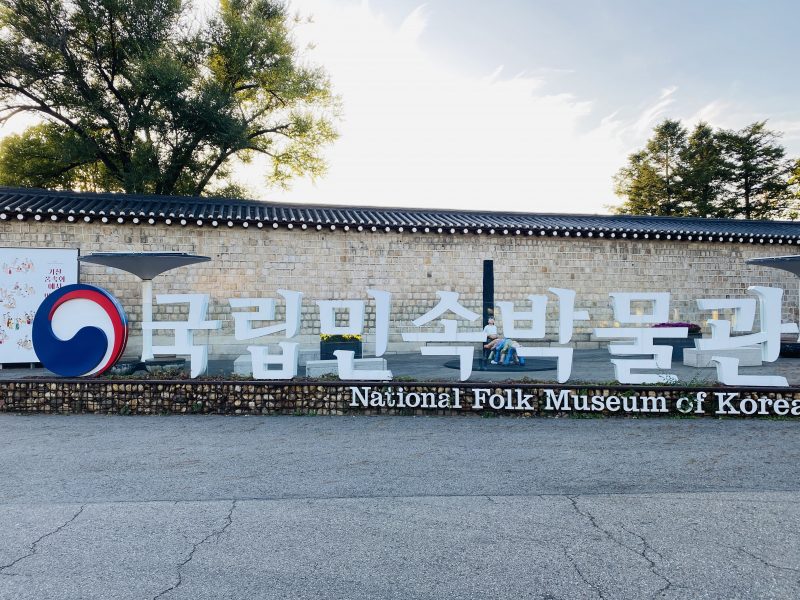 The National Folk Museum of Korea, First Place to Visit on a trip to Seoul

A trip to Seoul should always be started from visiting a place that represents Seoul as a whole. I would recommend somewhere that represents its culture, traditions and the growth of the Korean nation since the era of Joseon dynasty till the time it came into being, i.e., 1910. That place cannot be better recommended than a museum with a collection of artifacts from the ancient time. The national folk museum of Korea illustrates the historical tradition & culture of Korea.

What does the word “folk museum” says?
The word folk means “group of people” and “folk museum” is a combination of Korean folk culture (the culture adopted by the people of Korea) and their heritage (everything inherited from the ancient people).
Table of Contents
About The Museum
The Inside & Outside
Ways to The Reach Museum
Things To Do There

The National Folk Museum of Korea with artifacts over 98,000, situates in Seoul, capital of South Korea.
The U.S government established this museum in 1945, which moved to the current location in 1933, the previous location of National Museum of Korea, first museum of Korea. 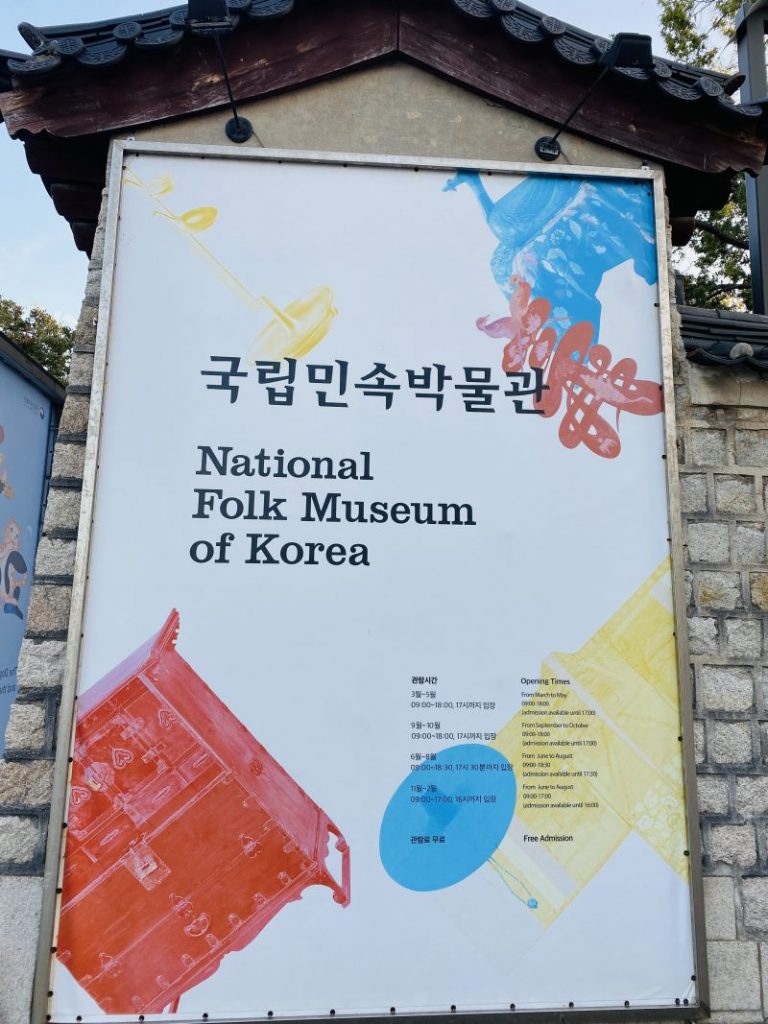 You have to buy the tickets for Gyeongbokgung Palace where the museum locates, while the admission fee for the museum is free.

Friday & Saturday and the last Wednesday of each month (culture day): 9am-9pm
Last entry is before the one hour of closing time.

Over 2 million people visit the national folk museum of Korea per year!
The museum sits inside the Gyeongbokgung Palace (the palace of the royal kings of Joseon Dynasty) at the back of the Gwanghwamun gate, the main gate of the palace. The distance from the main gate to the museum might be of 650m. 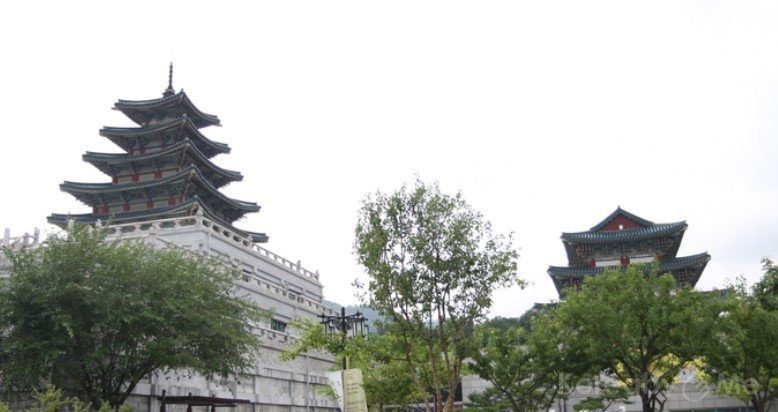 There is a pagoda on the top of museum which is itself a landmark to help you find it from the main gate, although pamphlets are available with a palace map route on it.

The surrounding area is park like neat and clean, with a footpath surrounded by green grasses between the tall trees. The stone statues of ancient people in between the way would grab your attention and make you stop to take pictures.

Outside the museum is an open-air exhibition that includes a barber shop, a comic shop and house with rooms built in the same way, the people of past did.

This ancient view would make you eagerly willing to step inside the building holding a historical past in it. 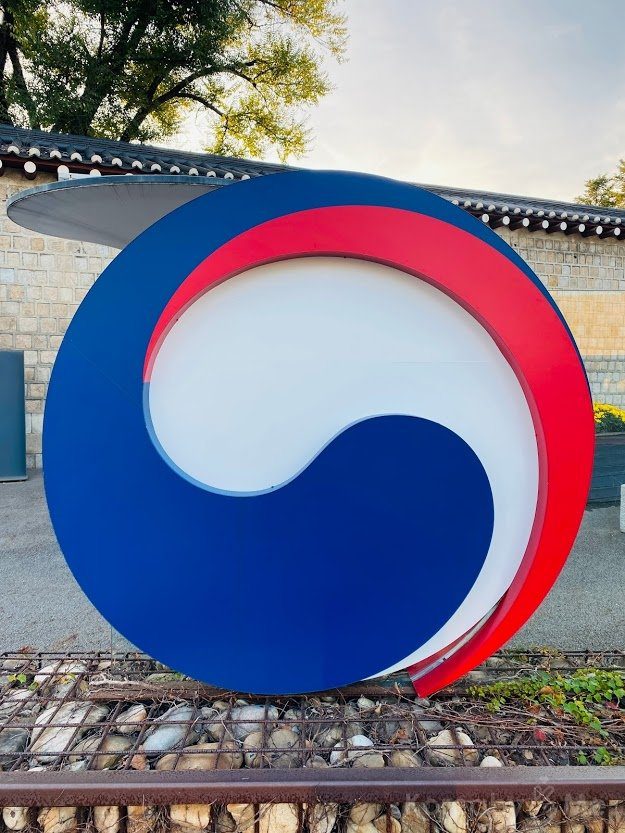 Inside the museum, there are a variety of artifacts used by the Korean people in their domestic and agricultural everyday life on display. To make the visitors understand each and everything easily, the display descriptions are translated in English language too.

There are 2 special planned exhibitions, while the themes of the 3 permanent exhibitions halls are:

1. “History of Korean People”: It displays all the historical things of everyday life of Korean people.

2. “Korean Way of life”: It displays the concepts and models of the living style of Korean people, their habits and diet, the clothes they wear on, and the activities they do their entire life.

3. “Life Cycle of the Koreans”: It displays the models to give us an idea about their life cycle starting from the birth till death including graduation ceremonies, major historic events and festivals, wedding ceremonies, and death funeral.

There is a traditional culture learning area, a folk video room, a library, cafeteria, a rest area, and a souvenir shop inside, to go into these memorable moments by holding an antique piece you buy.

The Children’s Museum besides the permanent exhibition halls comprises experience center, an exhibition hall, and an outdoor playground. The facilities are accessible to some greater extent for children, for instance, they can touch & feel the pieces, wear Hanbok, make Kimchi (traditional dish) through visual communication, and can play gonu (board games of Korea).

Ways to The Reach Museum

※ If taking Seoul subway line 5, then you can arrive on Gwanghwamun Station through exit 2 (10 minutes walking distance).

Things To Do There

1. “Hanbok Rental” is a place where you can get traditional costumes on rent. Get & wear them and take memorable pictures of you standing by ancient statues and other unique areas.

2. Visit the museum long before the closing time, as the surrounding location, i.e., Gyeongbokgung Palace, is itself a beautiful place that will consume your time and you might not enjoy visiting museum peacefully due to  lack of time.

3. You will find “12 Chinese Zodiac Animals’” statues nearby. Must check them out and click a selfie with your own zodiac animal!