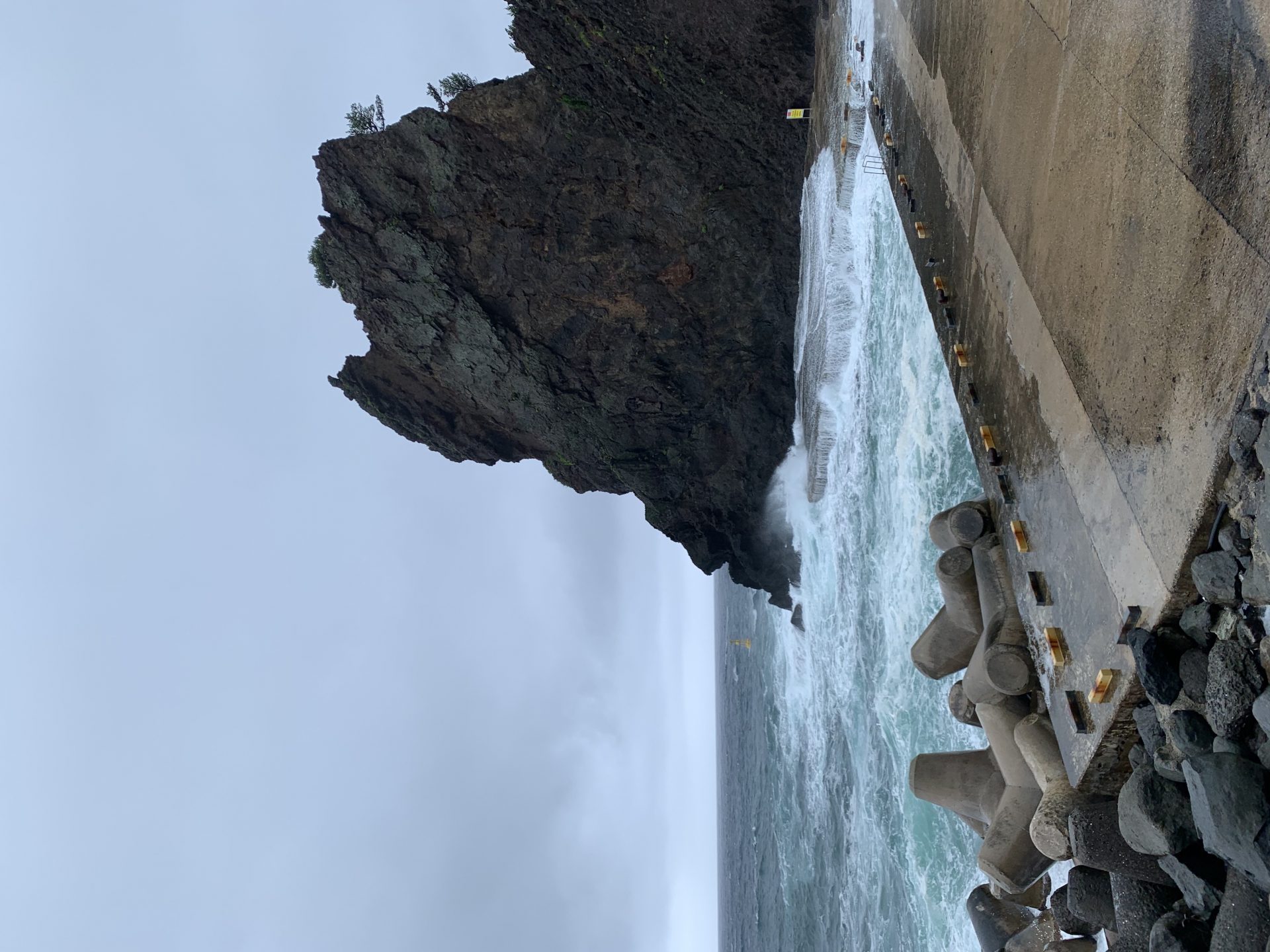 In the first part of the post, I wrote about transportation, accommodation, and a few places to go. Now, I would like to share with you the most popular tourist sites on Ulleungdo island.

That is the plan from the previous post. The first four paragraphs I decribed in the Part 1 and today we will start from the point 5 till point 8. Also on the picture below I marked places which i will write about.

“Geobuk” (거북) in Korean means a turtle. People gave Geobukbawi Rock such an unusual name because depending on the direction of the view, you can see 6-9 turtles going up to the rock. Moreover, this rock is situated in front of the village and resembles a turtle crawling toward a village. The village name 통구미 (“Tonggumi”) also relates to a turtle. 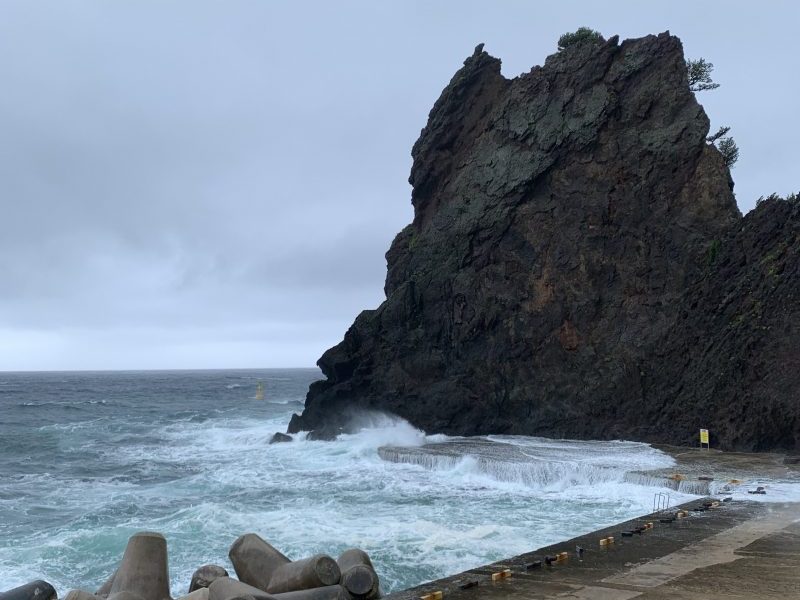 Geobukbawi Rock formed during the early volcanic activity of the Ulleungdo due to the penetration of the basaltic lava and trachyte. Therefore, you can observe the structure of basalt lava flowing along the slope. 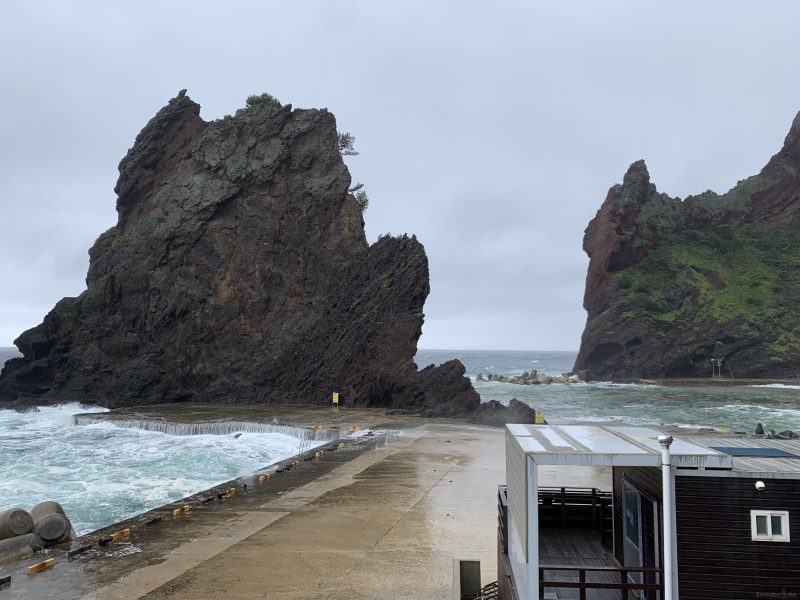 At the time we went there, we experienced a strong wind and huge sea waves. While taking pictures, I got freshned up by the water.

Trying to find turtles in the appereance of the rock was very funny. And certainly it is a nice spot to take a picture and enjoy the view of the sea. In addition, you can find a lot of seagulls flying around this area.

The location of Taeha Coastal Walk is exactly next to the Hwangto Cave. So first, we went to Hwangto Cave and learned about it.

Hwangto Cave formed near the seashore, where volcanic sediments vulnerable to erosion. Hwangtogul consists of volcanic tuff in the inner part of the cave and trachyte in its walls and ceiling.

Some people who want to know more about different kinds of volcanic rocks, its formation and uniqueness, will find this place very intriguing. As I am not a specialist in this sphere and I can tell something wrong, do not judge me too hard. But thanks to my trip to Ulleungdo I definitely learned a lot.

Also, I would like to tell you a legend about Hwangto Cave and red clay. When people first arrived at Uleungdo in the Joseon Dynasty, they found a completely empty island, they had nothing to eat. So they tried to eat this red clay, which turns out to be healthy and full of minerals.

After Hwangto Cave we went up to the Taeha Coastal Walk itself. The decoration of the bridge wall tells us Taeha Village Story with mosaic paintings. Thus, here you can read stories and feel the atmosphere of the village.

When we finally climbed up, we were truly amazed by the perspective of the sea.

Here we took a walk along the coast. Taeha Coastal Trail is composed of trachyte and agglomerate. On the left side, you can observe the famous Tafoni. Tafoni is a hollow produced by localized weathering on a steep face. Again, volcanologists are going to enjoy this spot.

Even if you have no interest in volcanic rocks, you should absolutely visit Taeha Coastal Trail just for a magnificent view, fresh air and memorable photos

Thousands of years ago, a huge volcanic activity took place in Seonginbong and after that, the underneath part subsided and the Nari basin was formed. The Seonginbong is now an extinct volcano and these days people live in the basin and grow crops.

If you have been on Ulleungdo and have not visited Nari basin, then you have not been on Ulleungdo! I think that this traditional village is the spirit of the island. Here you can find out how people lived when first arrived on this island, see their houses and fields. Eat traditional food made of crops and even feel the heart of the island. Once we stayed on some spot in front of the village and our guide said that here you can hear the sound of the water underneath, water which people on the whole island constantly use. Surprisingly, we used this water in our hotel bathroom too.

Take a walk in this village and think about the fact that many years ago a hot lava covered this area.

Thank you for reading me! If you are interested in the continuation of my trip to Ulleungdo.

Here are the links for other parts of my story: 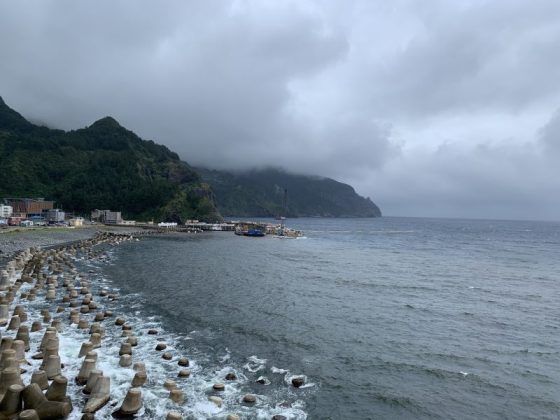 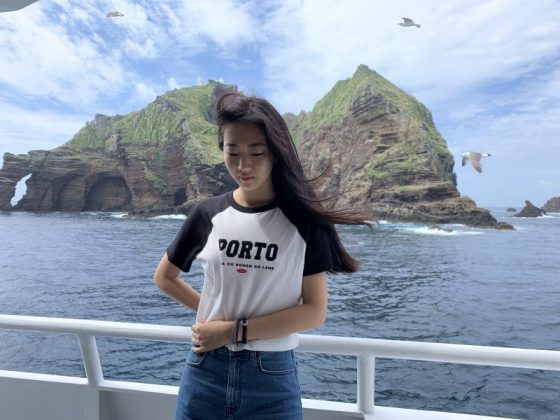