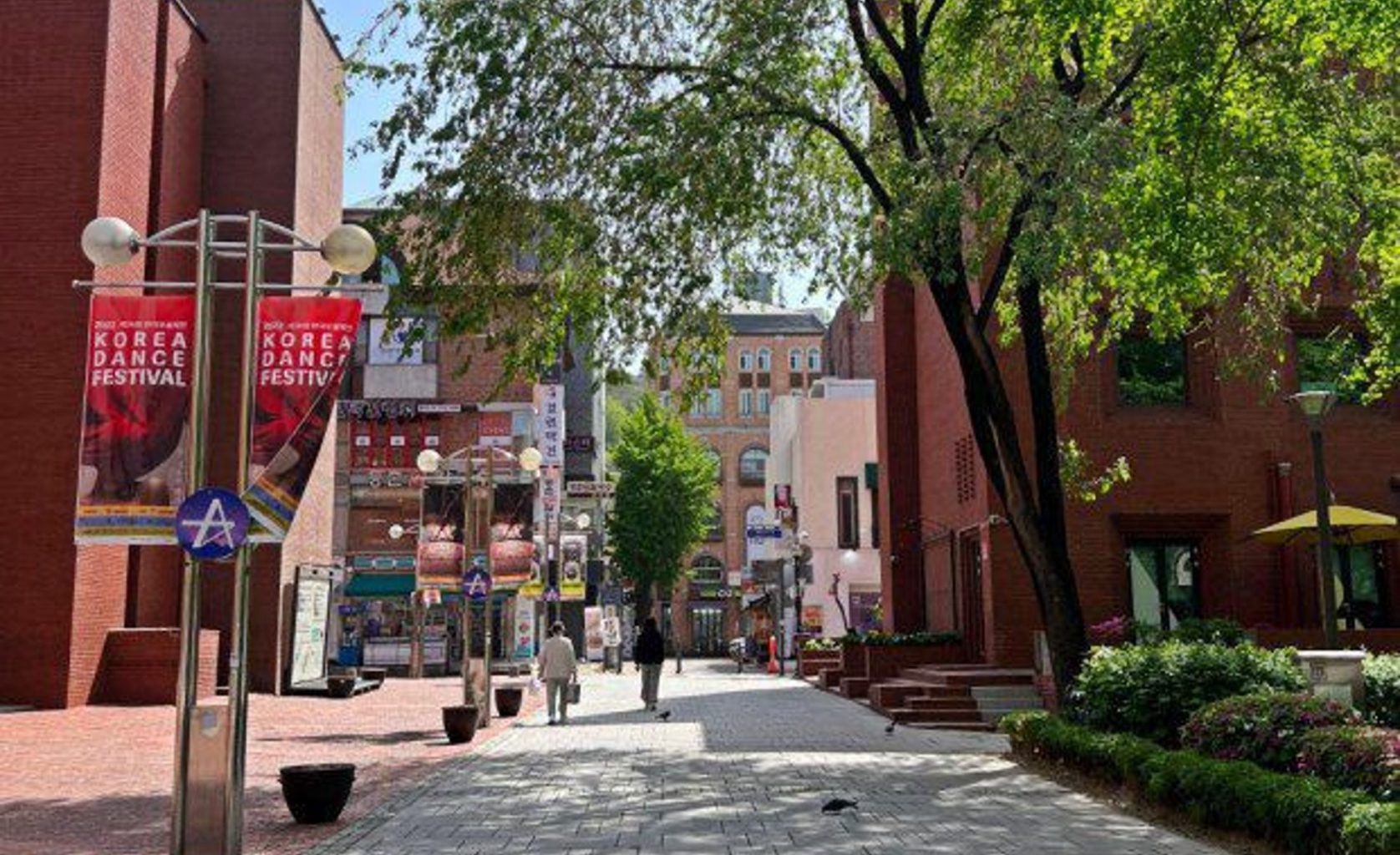 My Free Tour of Daehak-Ro

Did you know that there are often free tours you can take part in Seoul? If you want to get to know the history of the city better, then the information in this article will be useful for you. You will not only visit the tour but also receive memorable gifts. This is my experience taking a free tour of Daehak-ro

Table of Contents
What is Daehak-Ro
Free Daehagro Tour
How to Recieve Gifts
Why is it Worth Going on a Daehak-Ro tour?

Seoul has a very rich cultural life, there are many places for leisure. Did you know that there is an area in the city where more than 100 theaters are located? This area is called Daehakro, which is located next to Hyehwa Station. Thanks to such a variety, I think, everyone can find a place that will like. In addition, street performances are held there, which can be visited for free. By this link, you can check the date and time of a certain performance

Last weekend I was in Seoul and participated in a tour of the Daehak-ro district. The information states that the duration is two hours, but sometimes the time can change, and, in my case, everything took about 2.5 hours. Anyone can apply for participation, both Koreans and foreigners. However, there is only one important condition – knowledge of English, as that is the language the tour is held in.

The tour is conducted by a very good guide, with whom it was definitely not boring. After getting introduced, I was offered a treasure hunt game. To boost interest and competition mood, participants were divided into teams. At the end of the game, we got gifts.

Then we walked through the streets, and saw buildings built in the first half of the last century. There was also a memorial dedicated to singer Kim Kwang-Seok, who has performed more than 1,000 times at the local performance hall.

The tour also included a small climb (less than 130 meters) to the peak of Naksan Park. Climbing up, we had a view of Seoul. We were able to see Namsan Tower on one side and Lotte Sky Tower on the other. In the same place, there was The Seoul Fortress Wall, first erected during the Joseon period. The fortress was built not at once, but gradually under different kings. Of course, it did not survive in its original form due to the invasion of Japan and the Korean War, but the Seoul authorities restored its former appearance.

Going down from the mountain, there was a street with private houses on the way, as well as many interesting points where you can take photos. One of these places is stylized as a metro car.

You can see the inscription that this is station No. 100, which is called Choiga’s Hardware Gallery, but in fact, there is no such station in the Seoul metro. Next, there was the residence of Rhee Syngman, the first president of Korea. The Ehwajang Residence building is currently a memorial in honor of Rhee Syngman.

How to Recieve Gifts

It’s very simple. All I had to do was show up. All participants of the tour are given welcome gifts, which included an ice bottle, a small branded kitchen towel, and others. Also, participants received a discount coupon of 5,000 Won at nearby cafes, restaurants, and shops with accessories, gifts, and books. The options were quite diverse. Plus, after filling out the feedback form on the website after the tour, I was given another coupon of the same kind.

Before starting the tour, I installed the application 스탬프투어, in which I needed to get 9 stamps. The program was activated after approaching at least 50 meters from the desired location. I was able to get all 9 stamps during the tour, so I checked the application periodically. (The number of gifts was limited).

Why is it Worth Going on a Daehak-Ro tour?

Firstly, you will be able to get to know the history of Seoul even closer, few people know that there is a route in that area.

Secondly, you will visit atypical tourist places. I had a Korean family with me one day, who said that it was their first time in this part of the city for an excursion.

Finally, do you know other city tours that are not just free, but you will also be given gifts for participation?

If you want to learn more about Daehak-Ro, Click Here to read an experience watching a Korean musical!