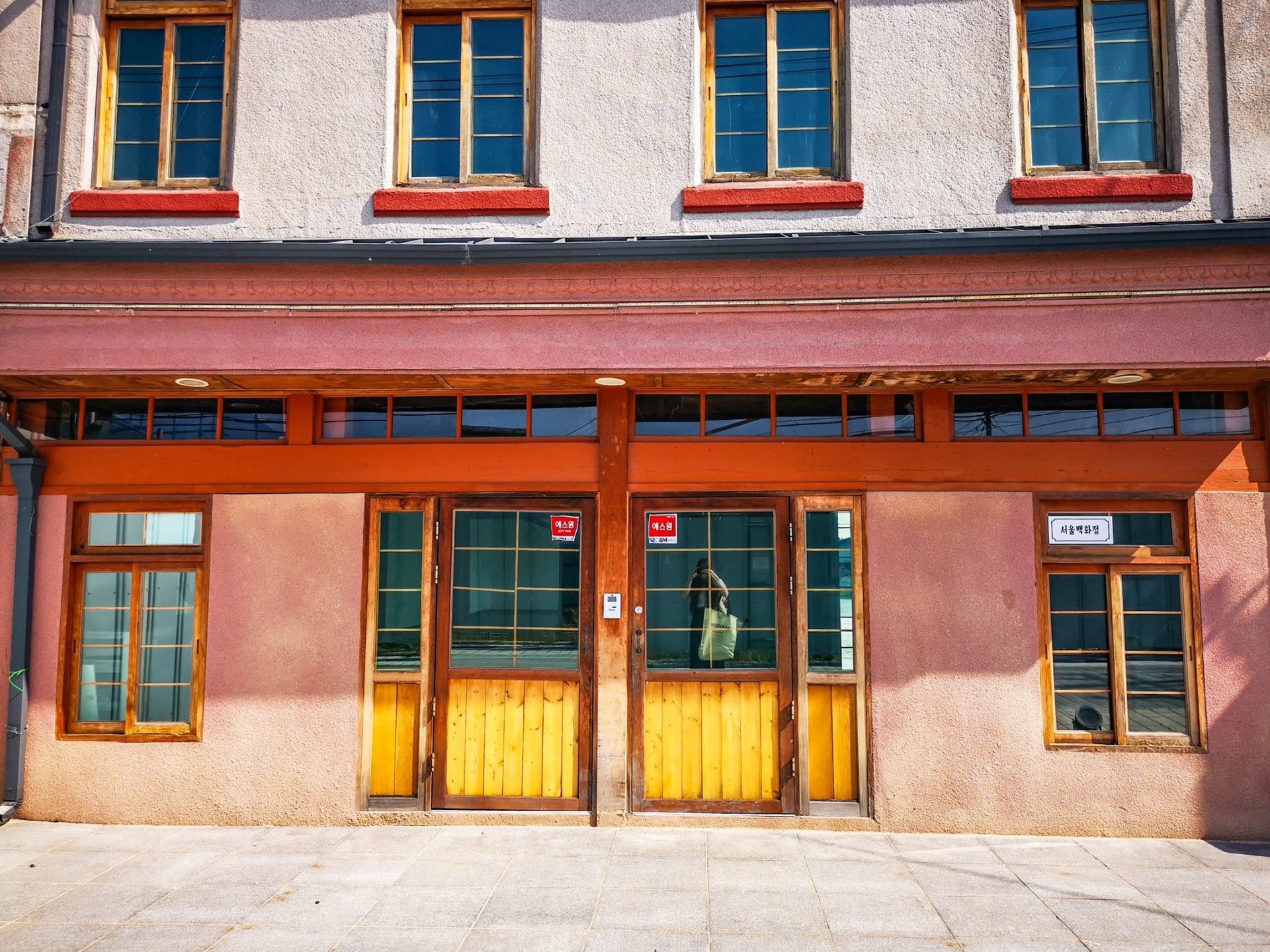 With hidden gems awaiting to be discovered by you, the area of Ganggyeong has created some courses. Among those, you can find the Modern History Street. Which is one of the most popular trails. As all of its historic sites are near to each other. Allowing people to visit them on foot.

With that in mind, get ready to walk along streets full of history!

The reason to why this official residence has a high value, is due to its structure. Since in 1931, the architectural style of Japanese houses changed from wood to brick. And this one is the perfect example. With its red bricks and the high gable roof. Which allow us to see the characteristics of school official residences in the 1920s and 30s. So as the modern housing techniques.

By the time I went, it was closed. So I recommend you to check in advance whether it has opened or not.

3 minutes away from the last spot

It was in Ganggyeong Girls’ Middle School and High School where the Teacher’s Day originated in Korea. Being celebrated every year on May 15. To honor this memory, a memorial hall and a memorial monument were constructed.

4 minutes away from the last spot

In order to commemorate the 30th anniversary of Jungang Elementary School, this auditorium was constructed in 1937. Being one of the few that features the typical auditorium structure among educational facilities in Korea’s modern era. Due to that, it is now the Cultural Property No. 60.

To know more about this place, we recommend you to read the following article! 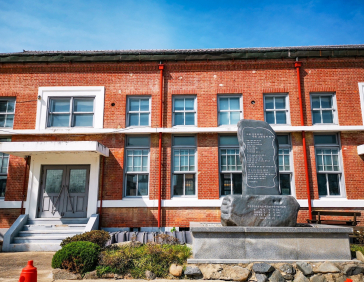 View Post
Ganggyeong is an area that interactively shows us its history through its streets. As you tour around, you will feel like if you were walking through a timeline of past events, in the present…
View Post
Share
864
0
0

5 minutes away from the last spot

Built in 1923, this is a two-story structure that combines both Korean and Japanese architectural styles. In other words, despite of being Korean, it has some characteristics of Japanese architecture. Specifically on the first floor. With its shading roof, materials and porch. Showing the transformation of hanok in modern era. But it is not only its beautiful exterior design what makes this place important, as it also had a role in history.

To read in depth about it, you can check the next article. 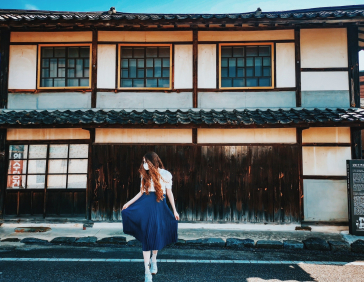 View Post
Ganggyeong is a historic town that remains unknown by many foreigners. As it is located in a non touristy city called Nonsan. Which despite of not being considered as a destination when…
View Post
Share
854
0
0

8 minutes away from the last spot

As many facilities were built due to the fast increase of population in Ganggyeong area, Daedong Electric Company was established to supply electricity to each of these facilities and households. Although it is not possible to enter this place, people like to visit just to appreciate the antique architecture.

3 minutes away from the last spot

Before turning into a Modern History Museum, this red brick building used to be the Ganggyeong Branch of Hanil Bank. Which was established in 1911. And now, here we can learn about the history of Ganggyeong. With their exhibitions. As they feature some antique items that people used back then.

This is a place that you should visit yes or yes during your trip. Since they have all the information of the tourist sites in Ganggyeong.

You can read more on the next article we have prepared for you! 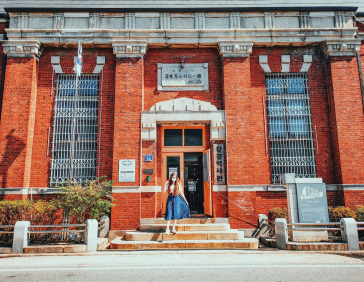 View Post
Ganggyeong-eup used to be one of the nation’s top three markets during the late Joseon Dynasty. Due to that, we can say that this area played an important role in history. Which you can easily…
View Post
Share
0
0
0

1 minute away from the last spot

Ganggyeong Gurakbu is an entertainment complex that follows the theme of the city. Because of this, you will feel as if you were in the past! As they have some buildings that follow the architectural trends that were followed back then. That is the reason to why it is the perfect photo spot when you visit this area. On top of all, here they have 2 hotels in case that you want to stay more days in this city!

If you are still not convinced about visiting it, check this article! 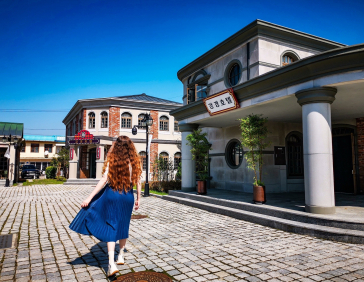 View Post
For some people, Nonsan is a non-touristy city that can be considered as countryside. But in reality, it has plenty of hidden gems. And one of these, is Ganggyeong Gurakbu. A western-style…
View Post
Share
0
0
0

5 minutes away from the last spot

The Former Ganggyeong Labor Union is a two-story building. Where in the past, an association was formed to protect the rights and interests of more than 200 docks employees in Ganggyeong Port. Which was one of the nation’s top ports when we talk about commerce. Now, it is an information center and a small museum. Where you can learn about the old days.

To know more about this place, you can read this article! 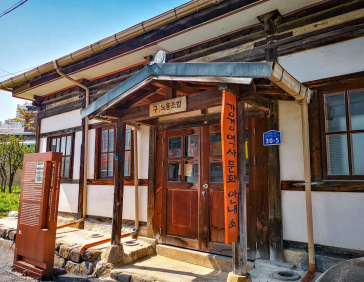 View Post
The Former Ganggyeong Labor Union is one of the modern cultural heritages in Ganggyeong-eup. A two-story building where in the past an association was formed to protect the rights and…
View Post
Share
0
0
0

6 minutes away from the last spot

This floodgate was constructed in 1924. In order to make it available to loading and unloading cargo without affections of tides. So as to reduce flood damage by controlling the water level. Due to that, it has high value.

As you can see by reading this article, this Modern History Street is full of gems! That will visually teach you about Ganggyeong’s past.

Have you ever followed the trail of Modern History Street? What did you think? Let us know in the comments below.