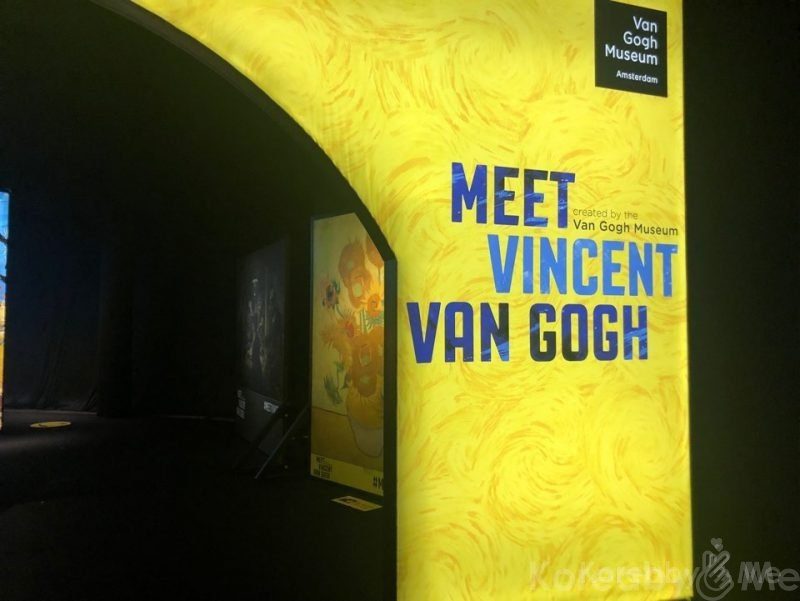 This exhibition was held last year from April 19 to 24. And this event was organized by the Van Gogh Museum in Amsterdam. 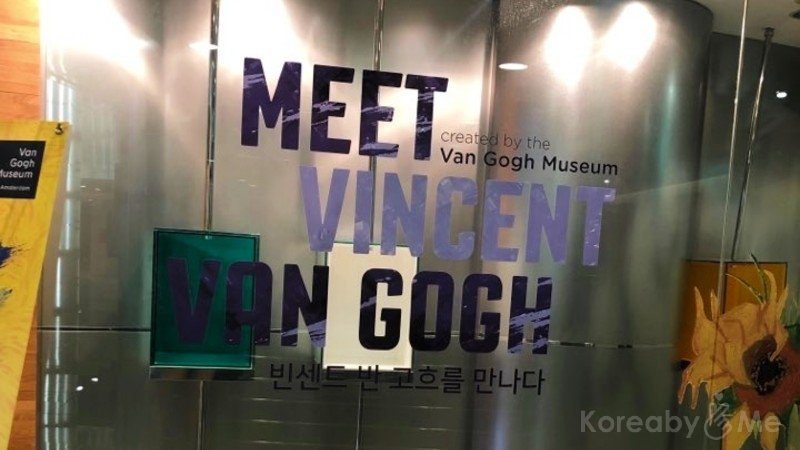 In the event featured life-size replicas of the streets, café and village where he spent his time, as well as reproductions of his works through 3-D printing. Visitors got a free audio guide in three language: Korean, English and Chinese. 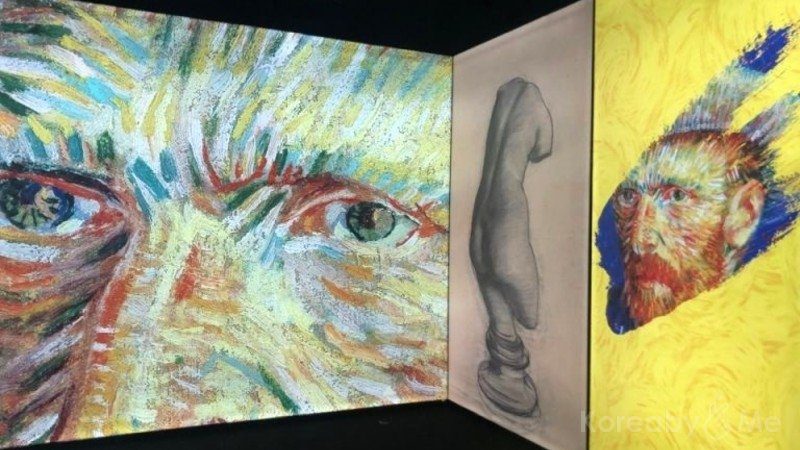 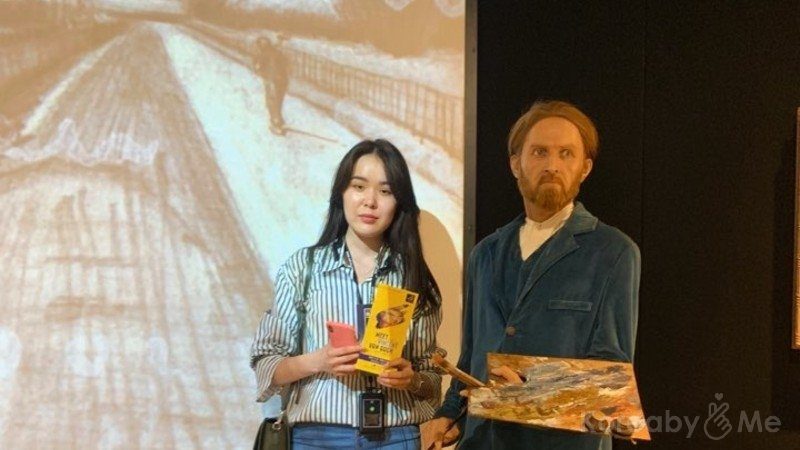 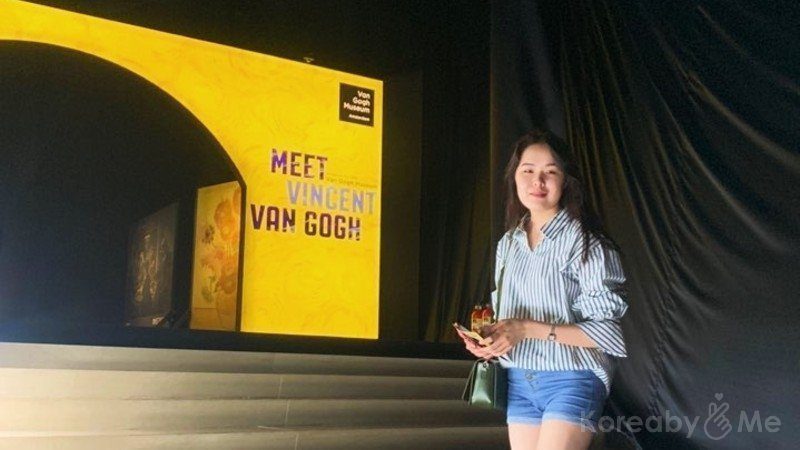 I really appreciate Vincent Van Gogh’s work and I was extremely glad that the museum arrived in Seoul and I was able to immerse myself in this magical atmosphere.

On July 29, 1890, Vincent van Gogh died. The world famous Dutch artist lived thirty seven years, of which only the last seven – ten years were devoted to painting. Van Gogh searched for a long time in what he will be able to show himself as much as possible. And as far as I know, he started painting at about twenty seven years old. And with all the passion he devoted himself to this business and created one masterpiece after another.

Unfortunately, no one seriously evaluated his work at the beginning and did not take his efforts seriously. Many of his paintings were destroyed by those to whom he gifted them. Even his own mother when moving left dozens of paintings by his son abandoned. All of them disappeared without a trace. 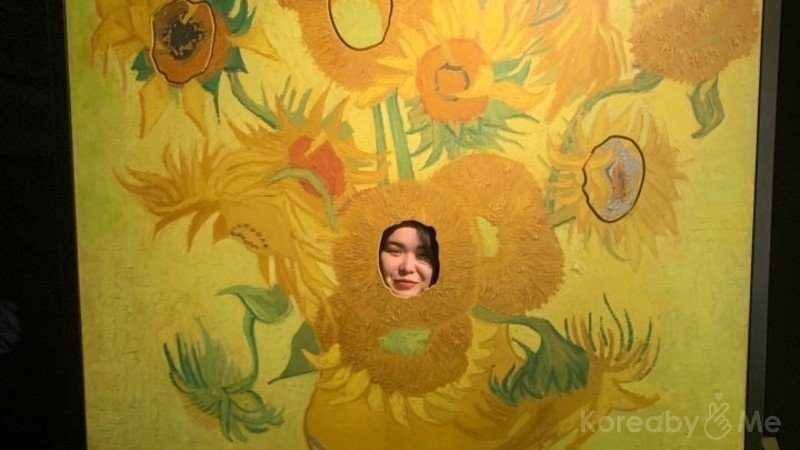 This picture is called “Sunflowers”. He painted it in August 1888. This painting is one of the most replicated. We often meet her on bags, postcards, phone cases, mugs, etc.

The picture is very unusual. He painted the pot and the background so that it is not clear whether it is a table, or a distant horizon and sand. Flowers are not very beautiful. Some of them are with ragged petals. Flowers are more like asters than sunflowers. Such flowers are barren and occasionally appear among healthy flowers. But Van Gogh chose them for the bouquet.

Maybe that’s why the “Sunflowers” ​​cause conflicting feelings in many?
I read somewhere that he liked the sunflowers, because they benefit the person. But in the picture you can see barren flowers.

This is very similar to the tragedy of the artist himself. He wanted to be of service to other people. But the expected reaction to his picture was not. It seemed to him that all efforts were in vain and no one would appreciate the picture. 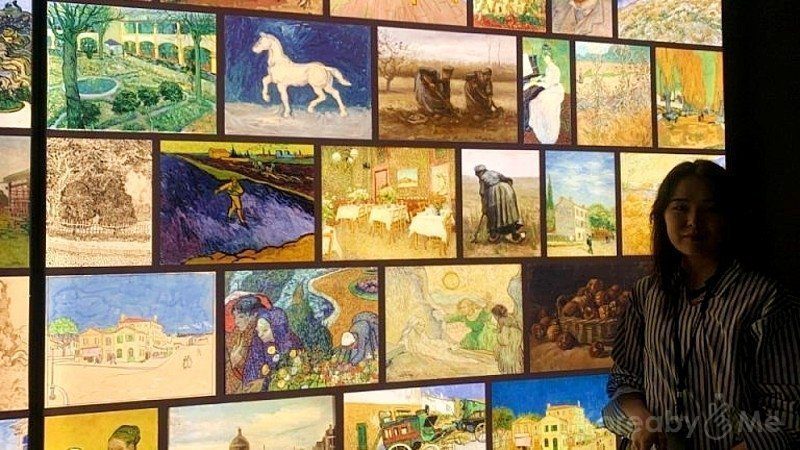 Here are all the paintings of Van Gogh, which he managed to write before his death. 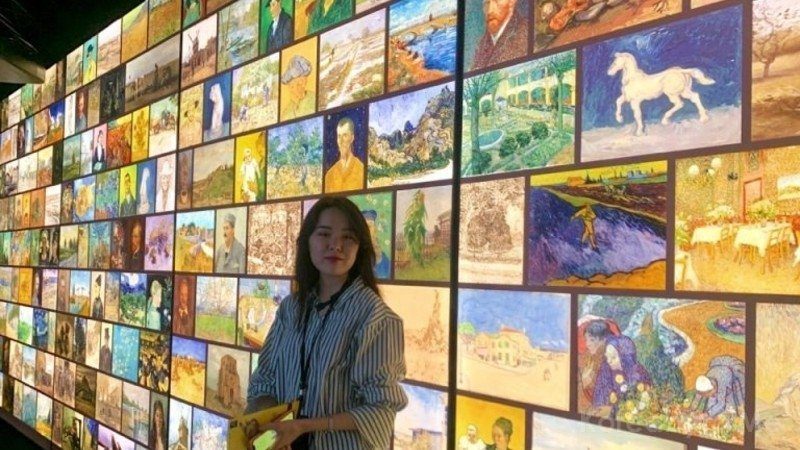 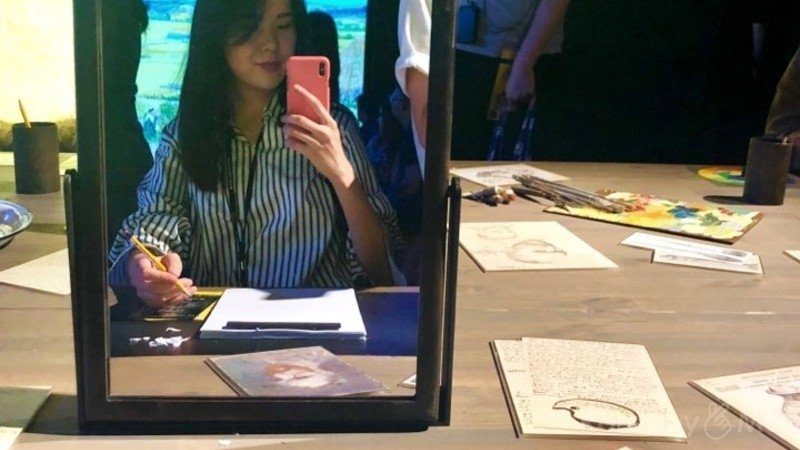 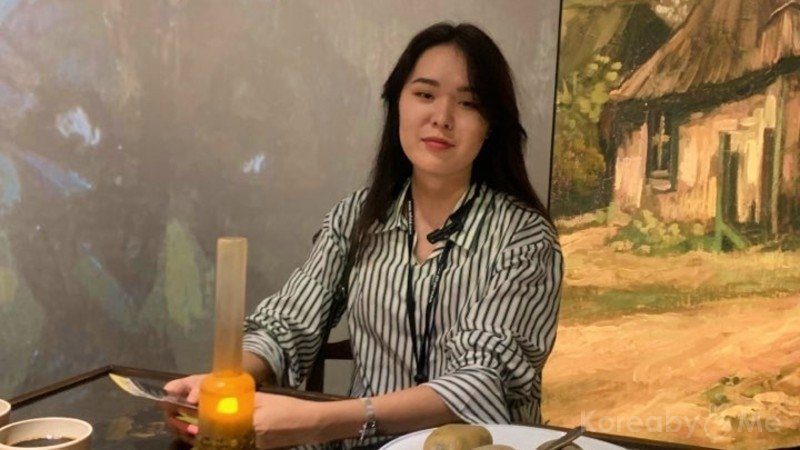 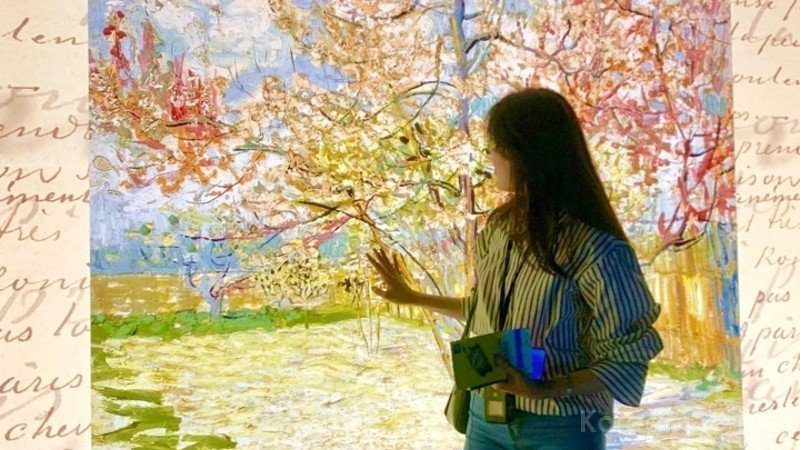 The “Meet Vincent van Gogh Experience” does not present Van Gogh’s original artworks, as they are too fragile to travel. Instead, Van Gogh’s inspiring life story has now been made accessible to visitors all around the world by the use of state-of-the-art audio-visual techniques. 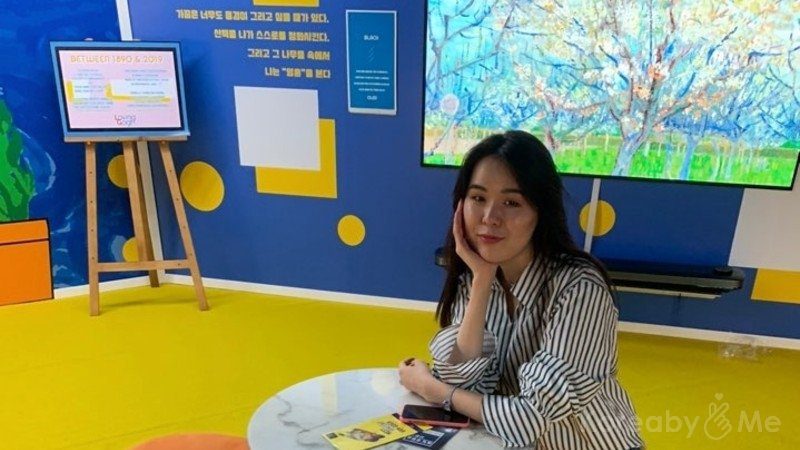 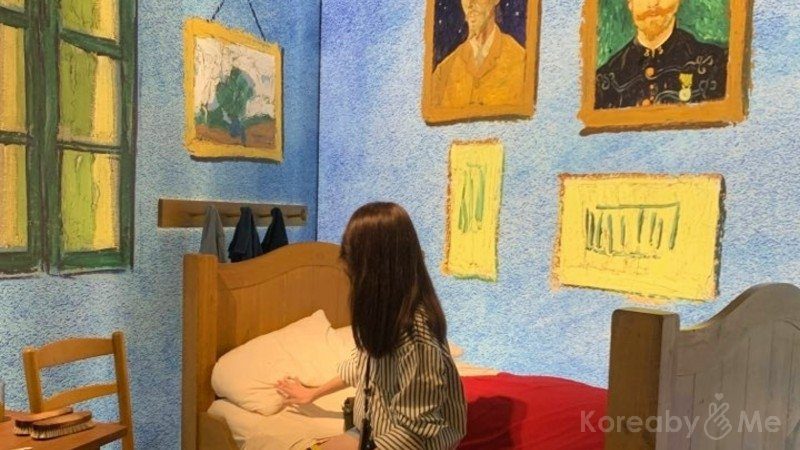 This room can be called the most famous home of Vincent in his life. She was very small, so there was no special furniture. The painting “Bedroom in Arles” has three options. Between themselves, they differ only in shades. Looking at this room, we can assume that Vincent did not need too many things for a happy life. 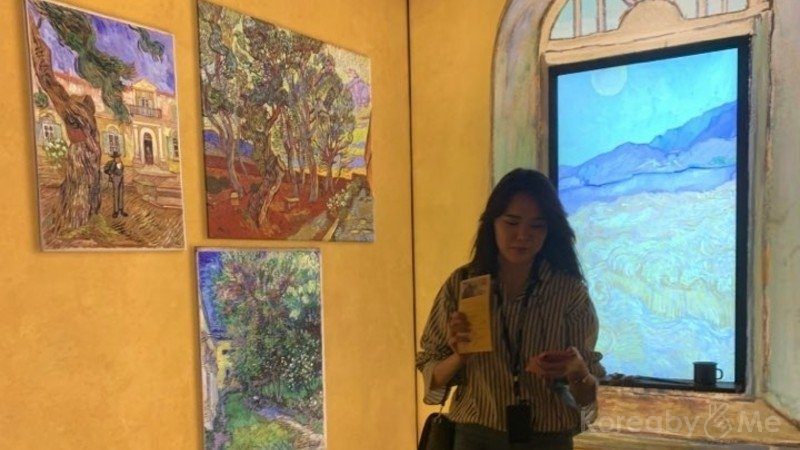 Many of the works, which received almost no special education, by the Dutch artist, became recognized as world masterpieces of painting. Van Gogh’s paintings began to gain popularity only 100 years after the artist’s death and were finally appreciated by experts and connoisseurs of genuine masterpieces. 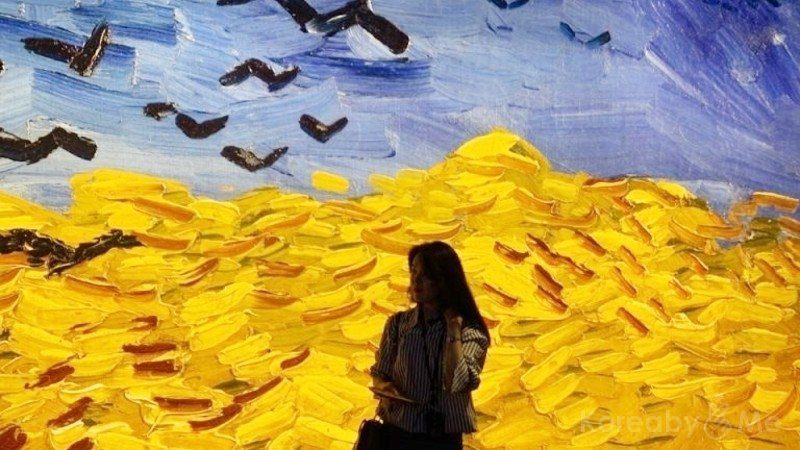 Now his paintings adorn the most famous galleries and museums in the world.
Thanks to the constant efforts, work and his own unique view of the world, he was able to create genuine masterpieces. 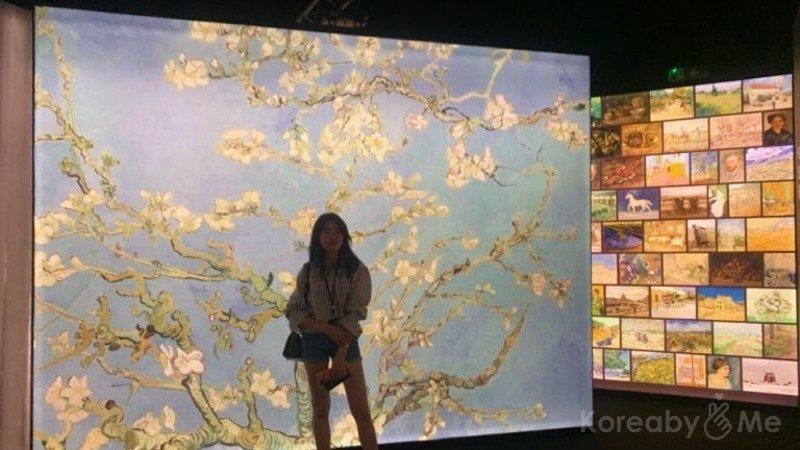 This picture is called “Flowering Almond Branches”. It was painted in January 1890. Van Gogh painted the picture as a gift to his brother, whose son was born. He was named after his uncle, Vincent. Van Gogh wanted young parents to hang a picture above the bed. Flowering almonds mean the beginning of a new life.

The picture is very unusual. Like lying under a tree and looking at the branches. Which spread out against the sky. The picture is decorative. He created them so that people with modest means could decorate their homes with them. 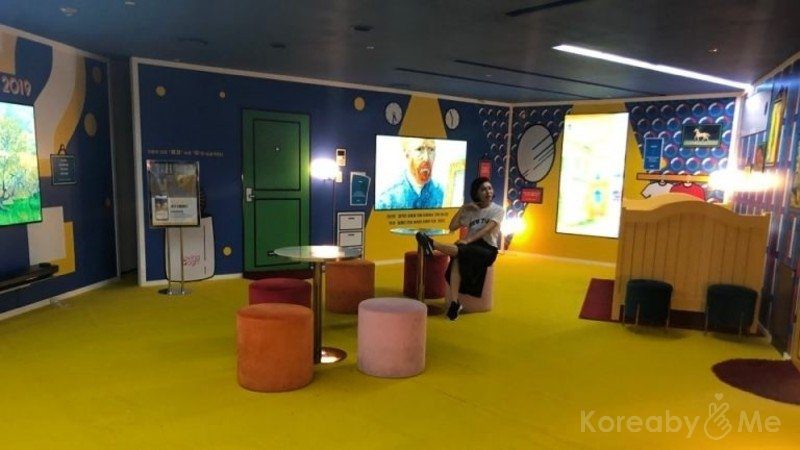 Six months after writing “Flowering Almond,” Van Gogh will die. According to the official version, it was suicide. 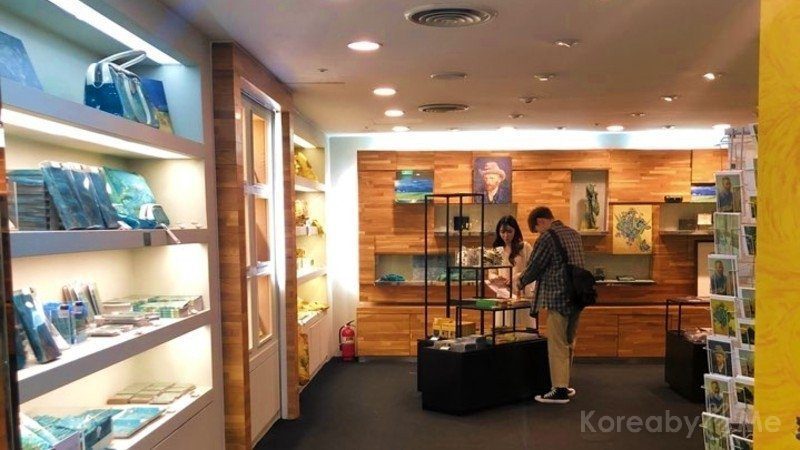 In this store you could buy bags, mugs, postcards, magnets, notebooks, etc. with the image of Vincent’s paintings. I bought a magnet for memory. 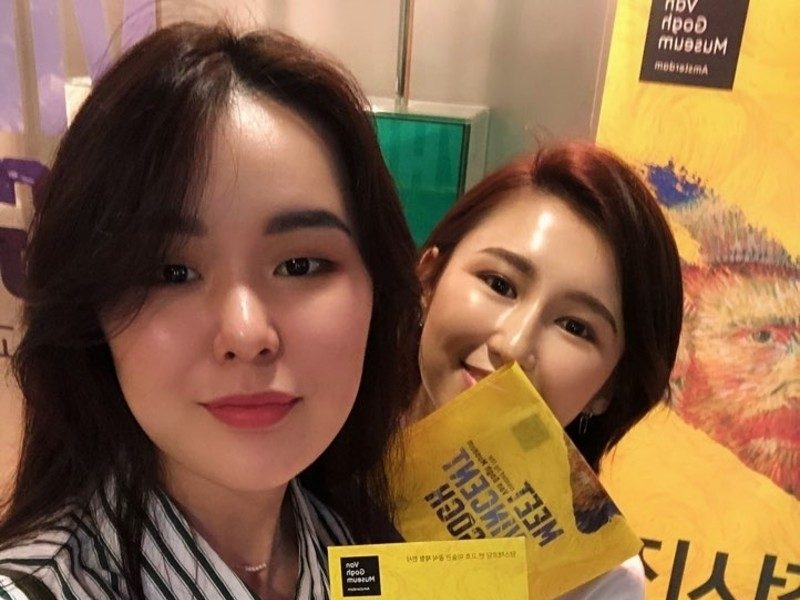 Busan Taejongdae Park - A Gateway To ...
Heart of Seoul: Yeouido Hangang Park
Four Tips To Follow When Visiting Aps...
Things To Consider Before Deciding to...
Songwol Fairy Tale Village : Wonderfu...
C through cafe - Experience the cream...
Alpaca World, a heaven on earth for a...
4 Interesting Things You Can Do At Se...
Total
1K
Shares
Share 1K
Tweet 0

I'm student of Sookmyung Women's University in Seoul and my major is culture and tourism. I have been living here for 1.5 years and want to visit more interesting and unusual places in Korea. 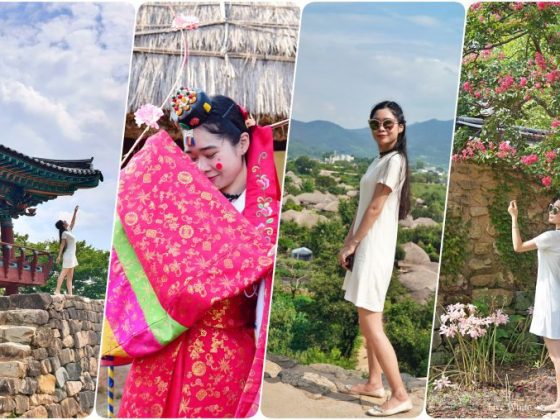 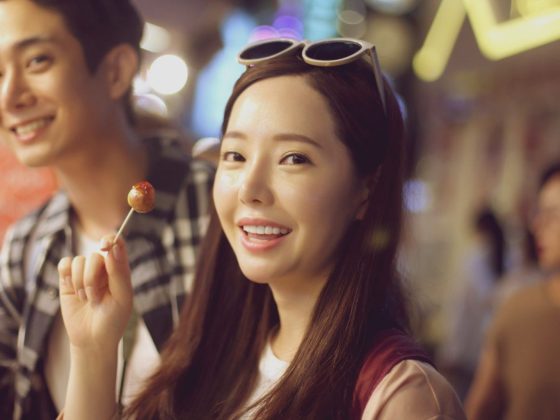