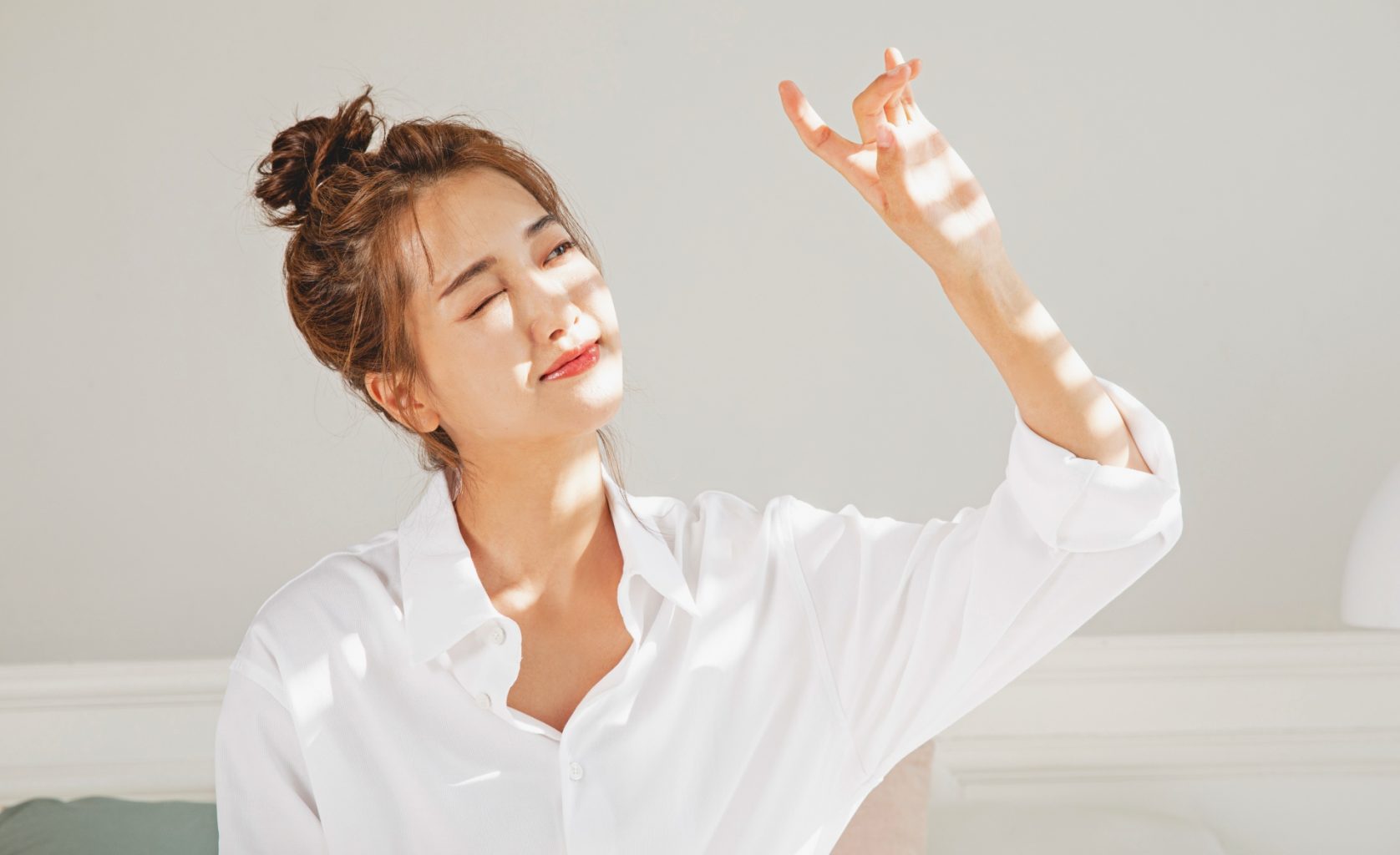 Living with ADHD in Korea

After receiving a diagnosis of ADHD in Korea at 29 years old, my life changed. The language barriers, the societal stigmas, and the fear of what this will mean for me in the future were overwhelming. I want to let others know more about this condition and what it’s like living with it in Korea.

This article is a follow-up to my previous article, How to Get Mental Health Treatment in South Korea. To read that article, Click Here. 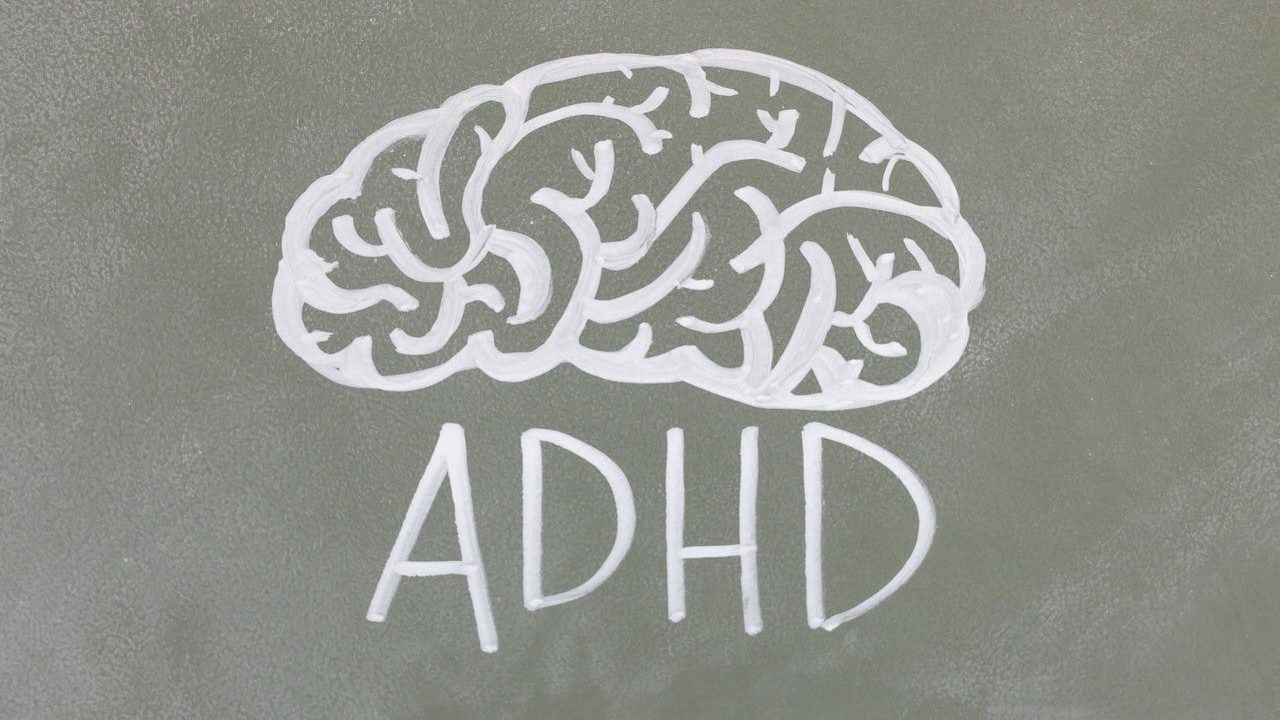 ADHD, otherwise known as Attention-deficit-hyperactivity disorder, is a neurological developmental disorder. Rather than having an attention deficit or behavioral problems, those of us with ADHD struggle with our brain’s self-management system. ADHD is present in both children and adults. There are three types of ADHD: Hyperactive-impulsive, Inattentive, or a combination of the two. There are also different levels of severity and are often also accompanied by other conditions such as anxiety or depression. Click here for a video to learn more about the condition.

Some common symptoms include:

According to a study, 6 to 9% of Koreans are affected by ADHD. Yet, due to the stigma surrounding mental health, most of them do not seek out help. Some parents even choose to ignore the diagnosis of their children. And, they actively try to hide symptoms while not getting the treatment their children need due to social mental health stigmas. However, that is starting to change, thankfully.

Adult ADHD is harder to treat in Korea due to the difference in characteristics displayed by children versus adults. Therefore, more information is needed. In 2016, the Korean government allowed national insurance to cover adults with ADHD in order to collect more information. I found this to be a great step toward ending the stigma against mental health here in Korea.

How I was diagnosed with ADHD in Korea. 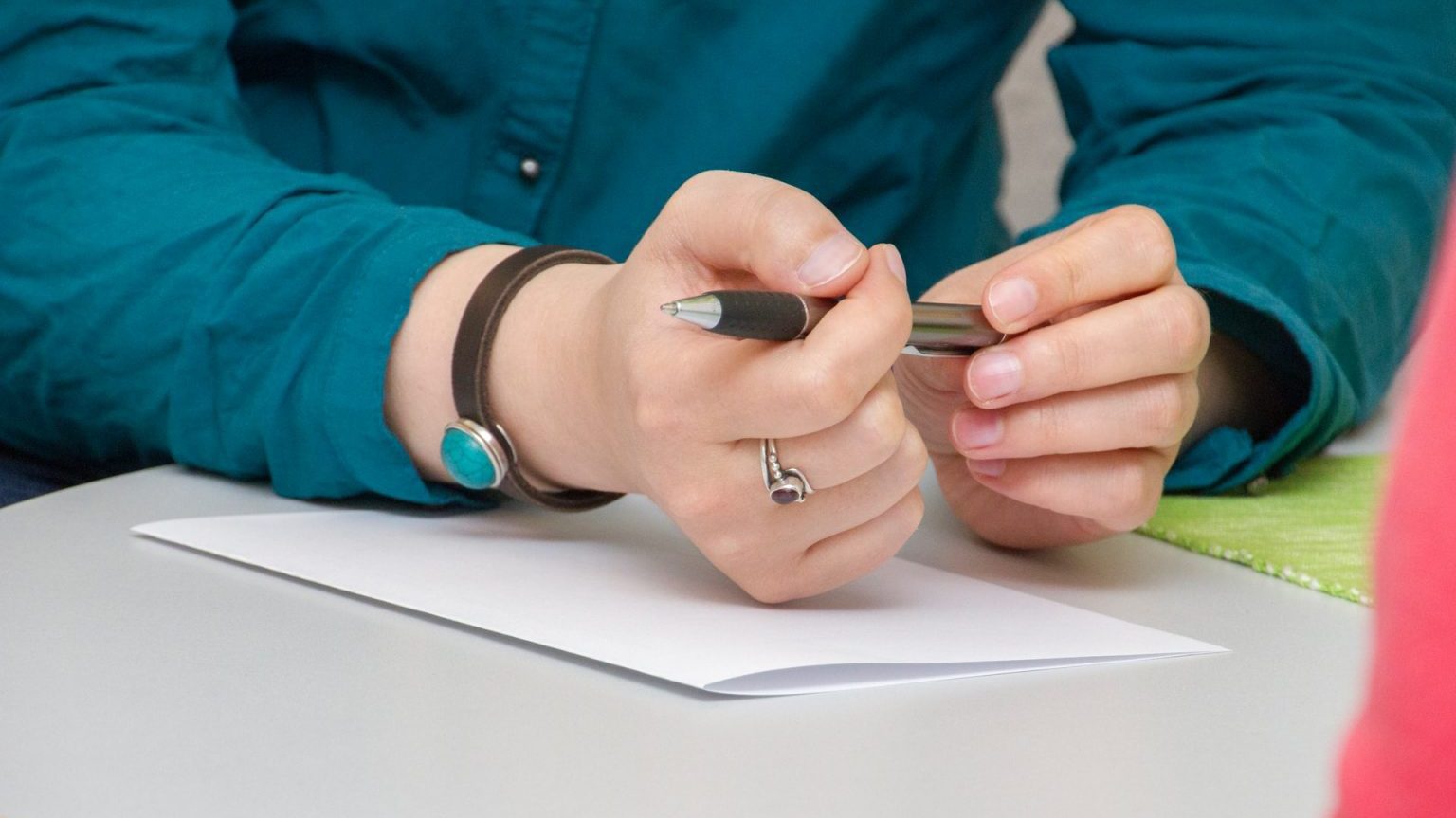 First, my husband and I found a psychiatric clinic in our area. Finding one close to you is important as you will need to make multiple trips. Luckily, the psychiatric clinic near me specializes in ADHD. My psychiatrist spoke a little English and I speak a little Korean. This made communication easy. During my first evaluation, I had to fill up a questionnaire for her to understand my mental state. Once that was done, I had to wait two weeks for the results.

After those grueling two weeks, I finally got my diagnosis. I had depression and ADHD. My psychiatrist was quite alarmed at my score on the ADHD questionnaire. She recommended that we treated my depression first before finishing up my ADHD evaluation. During the time I was being treated for my depression, I noticed that my ADHD symptoms had become more pronounced, and it led me to remember some of the things that I did during my childhood.

Finally, after a month and a half, I was ready for the second evaluation. 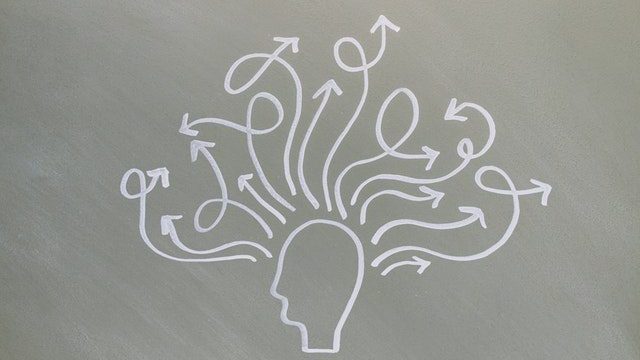 I woke up early that Saturday morning, nervously thinking about what was about to happen. Not just because I had no idea what to expect, but also because I was afraid of the results I might get. A couple of thoughts ran through my mind. Things like “What if I mess up?” or “What if I don’t have ADHD? Then what’s wrong with me?”.

As we entered the clinic, my heart started thumping loudly in my chest. My husband reassured me that everything was going to be fine and then, my name was called. I stepped into the room and sat in front of the computer. My husband relayed the nurse’s instructions and left me to do the test. The test itself was annoying. It had repetitive questions and I could not sit still most of the time. I grew irritated with each press of the space bar. The duration of the test was only 50 minutes, but it felt like hours to me. Once I was done, I went to inform the nurse and waited for my results.

When my results were ready, we were called into my psychiatrist’s office, and the first thing she said to me was that it was 100% confirmed that I had ADHD. The combined type as well. She also praised me for getting this far without a proper diagnosis and treatment, which was kind of her. After a few minutes of explanations and questions, she recommended that I started out on the lowest level of Concerta. With that, we went on our way to get the medications needed for my treatment. 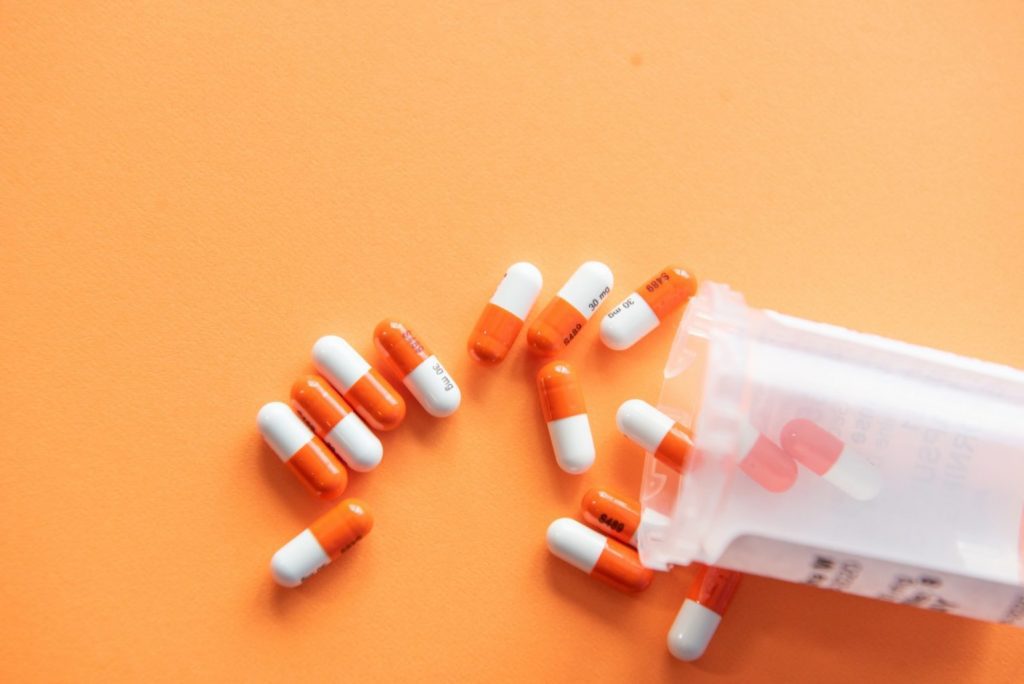 In Korea, the most common medicine used to treat ADHD is Concerta. Concerta is a methylphenidate, which is a controlled stimulant. Concerta can help increase our ability to pay attention, stay focused on a boring activity, and control behavioral issues. It may also help us to organize our tasks and improve our listening skills. I have heard that Adderall is used in the US to treat ADHD, however, it is not available in Korea.

The first time I took the medication, I had a pleasantly weird feeling. When it started working, my head was super clear. Almost quiet, even. I went up to my husband and was like, “This is so weird!” with a smile on my face. He laughed and pulled me into an embrace. I even asked him,” Is this what you feel? Like, no rush of constant thoughts? Just, calmness? “, and he said yes. I was in awe for the first 2 hours. However, it definitely had an effect on my appetite. Looking at pictures of food made me feel nauseated. Even soy milk was hard to swallow.

Other than that, I felt strangely calm and focused, which told me that the medication was working. I was happier than ever, and I even got the simplest of tasks done! 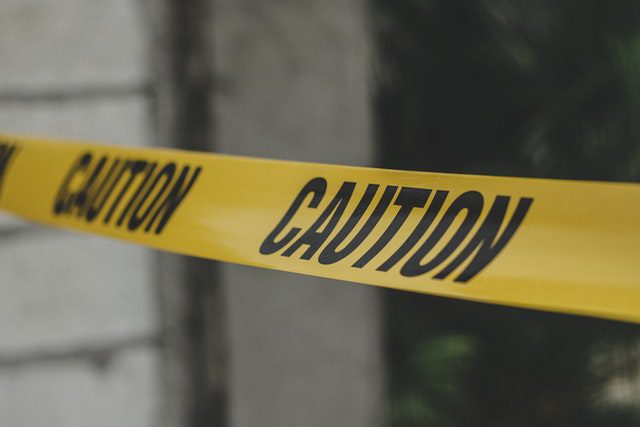 Please be aware of the crash that will happen in the evening when the medicine wears off. I felt tired and slightly irritable, but nothing I could not manage. Also, my doctor informed me that while taking this medication, I had to avoid alcohol and caffeinated drinks.

Concerta is an extended-release pill that lasts up to 12 hours and peaks at about an hour after taking it. It comes with certain side effects such as:

If you experience any bad side effects from the medication, remember to let your medical provider know immediately. There are other non-stimulant medications available other than Concerta.

The Struggles of Living with ADHD in Korea

Living with ADHD can be a struggle. Living with ADHD in a country you are not from is an even worse struggle. In Korea, there is a hierarchical culture, certain societal cues to be followed, and other things that can be difficult.

For me, it was missing social cues during gatherings. I had to be aware all the time, and I would force myself to focus on a conversation even though my thoughts were elsewhere. It was draining and overwhelming having to mask my neurodivergence. I had gotten in trouble before due to my ADHD before I was diagnosed. I constantly felt terrible for small things that someone would easily not bat an eyelid for.

Also, I got into squabbles with my husband over housework. Forgetting to do laundry, the dishes, or things that he had asked me to do. I had also forgotten where I placed my money, cards, important documents, and my phone. It got so bad that he even bought me a huge whiteboard calendar to keep myself on track.

Working as a part-time English teacher had me struggling at first, too. I would forget things told to me before I started class, or mess up at work. Also, I would start walking around the class as I felt restless just sitting down. However, there were some great things about having ADHD too.

The Awesome Parts of ADHD 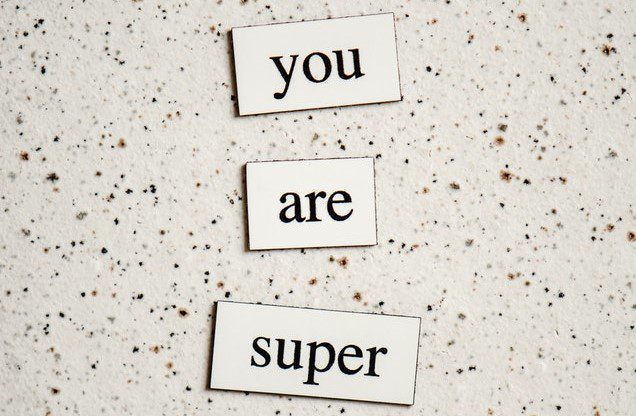 Living with ADHD in Korea can be awesome too! We can think of it as our superpower! For example, ADHDers are great creators and are, most of the time, funny! We are great to be around if you need some cheering up or a listening ear (sometimes) because we’re compassionate. Also, thanks to the medication, we are able to focus more on different social cues, learn the Korean language easier than before, and other great stuff too!

Even though I get into little squabbles with my husband, he’s never bored with me because every day is a new adventure for us. I am very thankful to have such a wonderful and understanding partner by my side.

Also, after I got diagnosed and medicated, it was easier for me at work as well. I was able to do my work without any issues. Also, I could spot those who had the same condition as I did in classes. This made me feel at ease, as I knew how to converse with them. I love children and working with them. They are such a joy to work with! Well, most of the time. 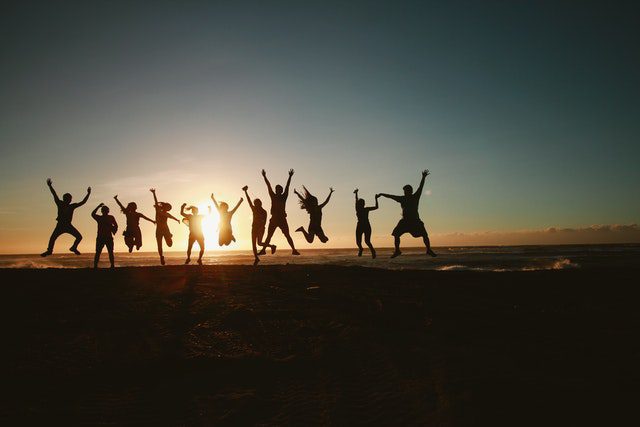 I wrote this article in hopes to find my neurodivergent community in Korea so that we can share our pain, struggles, laughter, and stories together. Furthermore, I also wanted to shed some light for those who do not know much about ADHD and who live with loved ones or friends who have this condition.

For those on KoreabyMe who are just like me and want to connect, KoreabyMe has this feature called Konnect where you can connect with other foreigners living in Korea! Click here to learn more about it!

If this was helpful, please check out my other article about mental health care in Korea!

A day in Hannam: the newest hip area ...
Instagrammable Places In Seoul: 5 Mos...
What You Need to Know Before Attendin...
How to Use Payco: A Guide for Foreign...
Hidden gems of Seoul
Being a Spanish Teacher in Korea
E-6 Visa Community: Navigating Korea'...
The Top 4 South Korean food you shoul...
Total
2
Shares
Share 2
Tweet 0 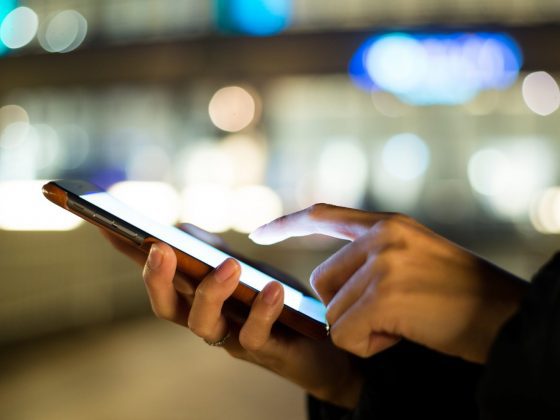 How to Use Payco: A Guide for Foreigners 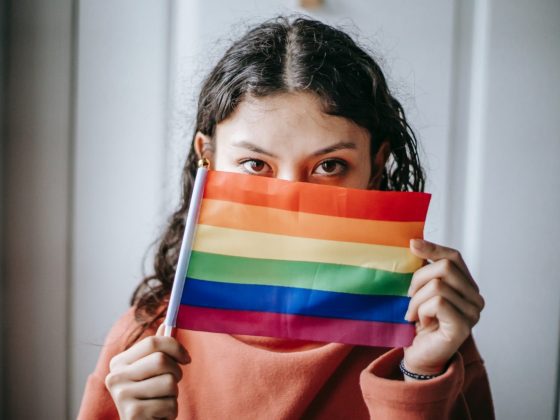 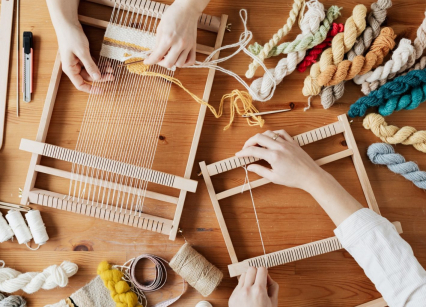