A heartwarming story of a mother, who had the dream of living well for her son, Ma Dae-Bok, whom founded the Live Well Memorial Hall in her honor.

The Live Well Memorial Hall was founded in May, 2015 to honor Park Soon-Yi, and to remember the Well Live Academy.

Park Soon-Yi, who shaved her head three times for her son, Ma Dae-Bok (mother who raised him, but did not gave birth to him), with the power of maternal love inspired Mr. Ma Dae-Bok (마대복) to establish an academy and high school to give dreams and hopes to underprivileged youths.

The Story of a Mother who Shaved her head

first time she shaved her head

In October 1956, Park Soon-Yi along with her son, Ma Dae-Bok, traveled to Seoul and unpacked their belongings in a tent village in Ojang-dong. His son was a shoeshiner, while she had a business in a flower market.

From that day and for two weeks, it kept raining. Because of this, neither of them could work, a reason to which they could not eat. When the mother saw her son, who had collapsed due to malnutrition, she could not sleep at night. She decided to cut her hair to sell it, in order to save his son’s life and fill his empty stomach.

second time she shaved her head

On a cold winter day, Mr. Ma Dae-Bok, was drawing water from the Samsung Orphanage, which was in a mountain. Suddenly, he slipped and fell off, injuring his harm. He could not go to the hospital because he had no money. Therefore, he borrowed 15,000 won from a friend, whom stole a bike.

However, when the mother got to know the source of the money, she hit her chest and shouted, ”My son has become a bad guy”. Because of this, Mr. Ma Dae-Bok did not have choice but to return the money back.

Consequently, his mother cut her hair and went to the bonesetter with him.

Feeling guilty, Mr. Ma Dae-Bok thought that if he died, his mother would not have to shave her head for him again. Therefore, he wrote a short will to his mother and stood on the railing of the Han River to commit suicide. Fortunately, he survived thanks to a driver who came for his help.

Now, whenever the has difficulties, he reads the letter and remembers his mother’s love.

third time she shaved her heard

His son, Ma Dae-Bok, was discharged from the army in 1965 and returned to school as a junior at Kyung Hee University. Hence, he kept working as a shoeshiner to raise funds.

In May 1965, he rented a public school classroom under the name of a Live Well Academy, and began to gather and teach underprivileged youths. When the place closed, he used to teach in the alley. However, due to the outgoing protests, he had to continue the classes at a mud brick house in Changshin-dong.

In the meantime, he could not even work a part-time, reason of why he ran out of food. Her mother, upon the situation, decided to shave her head for the third time. She spoke calmly, ”Son, you are doing an important job right now. Though illiterate, I know the sorrow. How a woman with no hair would not understand?”

Thanks to that, Mr. Ma Dae-Bok tried to do his best to give hopes to the teenagers through his academy. No matter how many difficulties run across his path, everytime he sees how his mother shaved her head for him, regains his strenght.

In 1965, when Mr. Ma Dae-Bok (마대복) was a third year college student at Kyung Hee University, he rented a classroom at Dongchang Public School in Changshin 2-dong, where about 20 students started night school for three months. From there, he gave dreams and hopes to underprivileged youths for 23 years, until 1987 and through his founded school, Live-Well Academy (잘살기학원).

Mr. Ma Dae-Bok worked as a shoeshiner in order to raise funds to found this school. Because of this, his effot was noticed and reported by leading newspapers (DongA, Kyunghyang and Seoul) and TV broadcast (KBS). He was even invited to the Blue House by the president Chunghee Park (박정희).

In May 2015 , he founded the Live Well Memorial Hall to honor Park Soon-Yi (박순이), and to remember the Well Live Academy.

Here, you can read the timeline of this project. From where it started, to when it ended.

The best thing about going personally, is that you might be able to meet Mr. Ma Dae-Bok, who is always glad to share his heartwarming story with everyone. It is worth to mention that Mr. Ma Dae-Bok speaks is able to communicate in english.

If you decide to visit this place, do not forget to sign the visitors’ board! He loves to see who comes to this place, and from which country they came from.

You can find the Live Well Memorial in Ihwa Mural Village, where you can learn the dream of living well the unprivileged had.

Fee: Free
How to get there: You need to take the blue subway line to Hyehwa station, and then go to exit 2. From there, you must walk for around 13 minutes as if you were going to Ihwa Mural Village

This is how it looks from the outside. Pretty easy to find, is not it?

The love of a mother, is indeed everlasting. If you are raised with love, you will develop a great heart, and Mr. Ma Dae-Bok is the proof to this. If you have the opportunity, we suggest you to visit the Live Well Memorial Hall ㅡ to deeply understand their dream and hopes of Living Well from firsthand.

While visiting, you will be able to feel the full experience if you rent a school uniform at Jollyshop, a rental business who is infront of this place.

Jollyshop: A trip to the Past

Get ready to have a trip to the past, since 졸리상점 (Jollyshop) is a rental shop where you can find South Korean School uniforms from the old times. Not only…

Hiking in Seoul
Top 3 Smoothie Bowls in Seoul
Short trip to Icheon, the city of ric...
Arang's Ghost: A Vengeful Water Spiri...
Top Places to Do Grocery Shopping in ...
Benefits of Korean Green Tea
Unique Handmade Gifts to Buy in Seoul
A Foreigner's Guide On How to Buy Sim...
Total
854
Shares
Share 854
Tweet 0 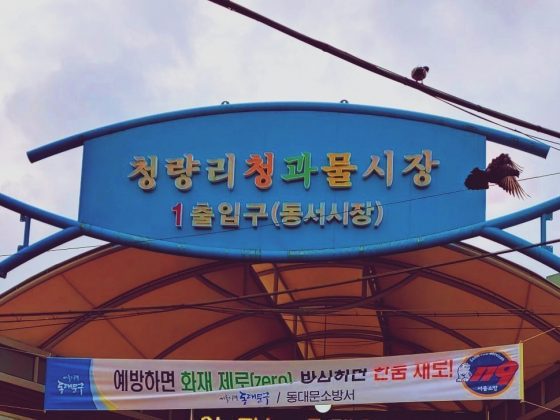 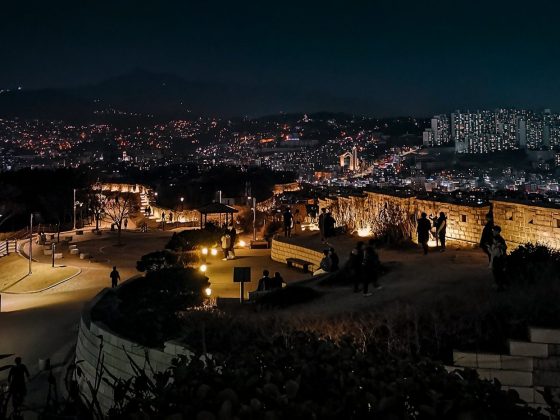 Take a Peaceful Stroll during Night-time in Seoul