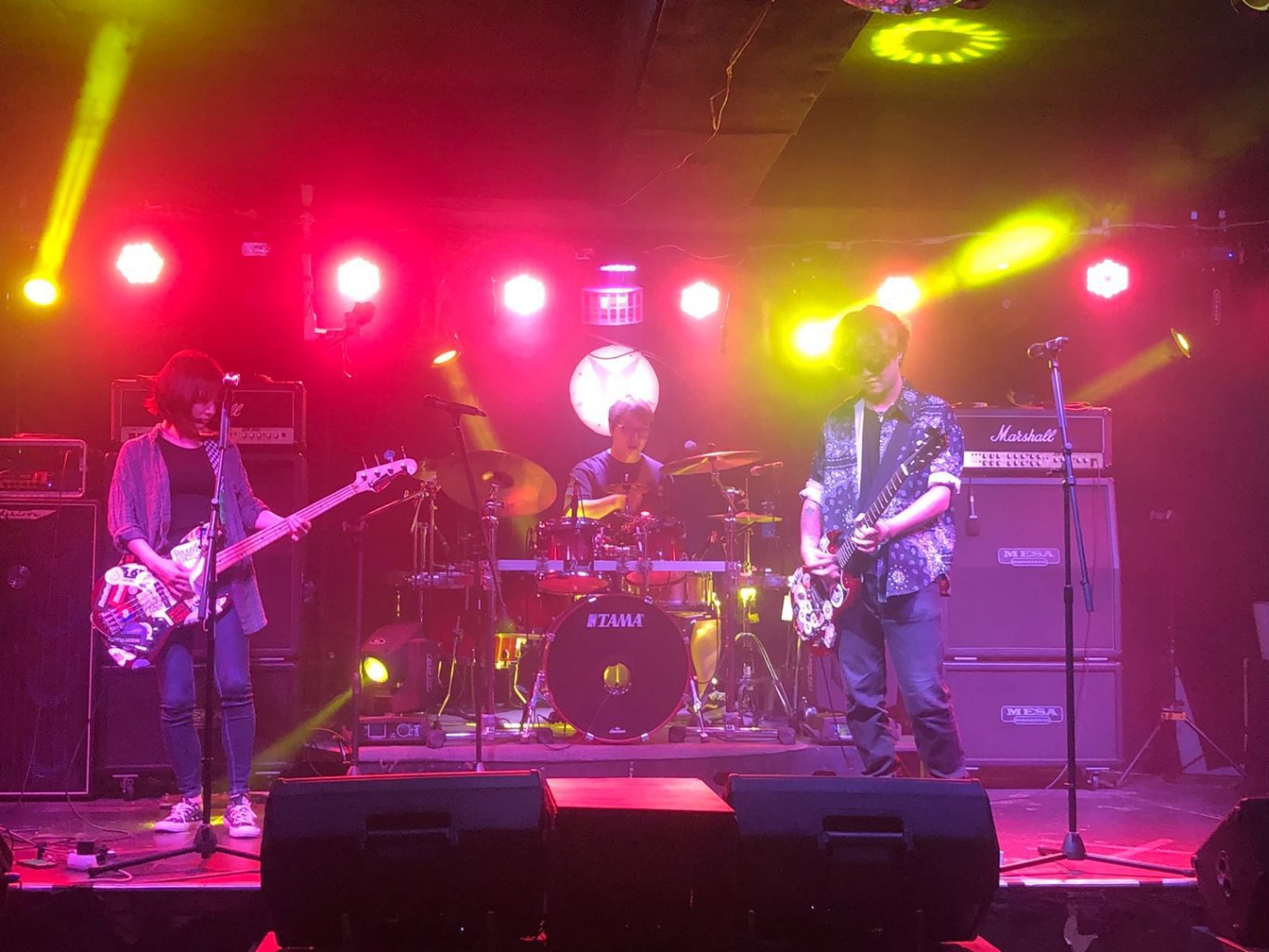 The last time I went to a rock gig was when I was about 17 years old. So, imagine my excitement when I got invited to one here in Korea. This is my experience attending an underground live music event in Hongdae.

I was excited and looked forward to what an underground rock concert would be like in South Korea. I wondered how different it would be as compared to the ones in Singapore. The gig, Dolapest, was held at Club A.O.R in Hongdae. Club A.O.R stands for “All Of Rock”. It is an underground club that specializes in rock concerts, or gigs for local bands.

This time, the gig was organized by my brother-in-law’s friend’s band, Dog Last Page. They are pretty famous in the underground rock scene in Korea. We arrived at about 5:30 pm, just as the doors opened. The tickets were about 35,000 Won. I found it to be quite reasonable, it included the performance of 5 bands. There was also a small bar where you could order some beer and sit while waiting. Then, at 6 pm, the gig finally started.

Korea’s rock scene definitely had a different vibe to it as compared to my hometown’s. The rock community here seemed to be very close-knit, as everyone knew each other at the club.

The first set was opened by a new band called Tabasco Gatalinggun. They had three members. A lead singer with a fiery voice, a badass female bassist, and an amazing drummer. The band played a few of their songs – that were fire! Super catchy and easy on the ears. I could not stop my feet from tapping along to the beat of the drums.

The next band was ChILL-BoJang. The band consisted of four members: a rocking lead singer, a humorous bassist, a badass guitarist, and an awesome female drummer! They opened the second set with a head-banger. The vocals were astounding, and the band was great overall.

We could tell from the order of the bands that they were upping the levels of intensity. People were starting to stand and rock out to the music. I really liked this band, however, the next one stole my old soul.

Wabi King was one of my favorites. From the way they presented themselves to their songs, you could feel the old-school rock vibes radiating off of them. The husky vocals of the lead singer, plus the guitar rifts were music to my ears. Literally.

They were an amazing band for sure. They played one of their songs called, 1975. The beat of the drums, plus the harmonization of the guitar, bass, and vocals were one hell of a ride! I thought things could not get any better than this, but I was dead wrong.

If I could describe the band in one word, it would have to be spectacular. The band had a very whimsical feel. So did their music. The lead singer had a unique voice and the guitarist shredded his guitar like there was no tomorrow. I was in awe and impressed. It had been a while since I had seen and heard a guitar played in such a beautiful way.

Moreover, the songs the band played felt like a blend of different genres. They even had my husband entranced by their music. It was his first time experiencing a rock gig, and he thoroughly enjoyed this band. He even looked up their songs after the rock gig. Once Overdrive Philosophy had finished with their final song, it was time for the grand finale.

Finally, it was time for the crème de la crème… Dog Last Page! They were the ones who had organized the event and the very last set of the night. Dog Last Page was definitely the best.

Their style and genre of rock were the closest to my tastes. They were the only band to have two vocalists, and boy, they did not disappoint. The screams and the growls were on point! Perfect in every way, and their stage presence was no joke either. My neck felt sore from all the head-banging I did, and my legs nearly gave out halfway from jumping. It was like I was trapped in a spell and could not snap out of it. Somehow, it was euphoric in a way. No wonder they were such a popular band in the underground rock scene!

The underground rock scene in Korea was something fresh, yet nostalgic to me. It was nice to experience something I once enjoyed during my youth. But now, in a new country that I call home. If you are interested in rock or interested in experiencing a rock gig in South Korea, I totally recommend giving some of these bands a follow and like on their Instagram. That way, you will be able to find out more about the underground rock community here in South Korea.

Want to attend more live performances in South Korea? Click Here to read about how you can watch musicals in Seoul!