Legoland Korea will be holding its grand opening on Children’s Day (May 5) 2022. This is the first time an international company will be opening a theme park in Korea. And, to many, the theme park’s opening is a symbol of Korea’s growing status as a tourism destination. However, if you were planning on getting tickets for the grand opening, bad news! Unfortunately, tickets for May 5th and 6th are sold out.

Legoland is a themepark all about Legos. Lego was founded in 1932 by a Danish carpenter named Ole Kirk Chritiansen. The company sold interlocking plastic bricks that can be used to create pretty much anything.

While most consider Lego a children’s toy, many adults use them as well. Sets are sold targeting everyone from toddlers to collectors. Legos are often used by artists, engineers, and architects to create models. Some extreme lego fans have even built functional cars and buildings using the bricks.

As a result of its wide appeal, Lego has become one of the most recognizable toy brands around the world. Following its popularity, Lego opened its first theme park in Denmark in 1968. However, Legoland is no longer owned exclusively by Lego. Legolands around the world are owned by Merlin Entertainments, a British company.

Legoland Korea is divided into 7 different sections. The sections are brick street, Bricktopia, Lego Castle, Lego City, Ninjago World, Pirate Shores, and Miniland. All sections except Bricktopia have equivalents at other Legoland theme parks around the world.

Brick Street is an area of the theme park where you can interact with Master Model Builders. For those who love to create using Legos themselves, this is bound to be your favorite part of the park. Not only can you build structures yourself, but you can also test out masters’ creations. However, the one downside to this section of the park is the lack of rides. Currently, the Factory Adventure Ride is under construction. But, it will open in June of 2022.

The second part of the park is Bricktopia. The section includes a ride exclusive to Legoland Korea that allows you to experience life from the perspective of a Minifigure. Additionally, this section of the park is packed with fun for the whole family.

There is a 43-meter high lookout tower, a drop ride, a Lego merry-go-round, and a train ride. However, if rides aren’t your thing, there are also lots of workshop areas where you can build your own Lego creations – including Lego robots! And, when it’s hot out, don’t forget to bring your bathing suit because there is a toddler waterpark.

This section of the park can be found at all Legoland locations. It’s a classic! this medieval Europe-themed section is home to the famous dragon roller coaster and lego horse rides. Plus, you can also find a flying ride, a train ride for children, and two Lego play areas.

Lego City is undoubtedly the most popular section of the amusement park among preteens. Children between the ages of 5 and 12 can get their own Legoland driver’s licenses and get behind the wheel. Both boat and minicar driving experiences are offered for kids. Additionally, there are two playgrounds and a 4-D theatre.

This section of the park is based on the popular Lego ninja series. There are playgrounds, a rock climbing wall, a ride, and multiple games for kids to play.

Pirate Shores presents a great opportunity for parents to release their stress with a splash battle. You will be given a water cannon and a pirate ship, blasting your children is highly recommended. In addition, the section also has a treasure hunt, a pirate ship ride, and two playgrounds.

Miniland is the part of the park adults love. It is essentially an outdoor art gallery showcasing master creations that represent Korea. Here, you will find lego models of cities like Busan and Jeju. Additionally, you will also find national monuments like Gyeongbokgung Palace.

Currently, tickets have been sold out for the opening day. As the park is recently opened and there are capacity limits, chances are you will not be able to buy a ticket at the gate anytime soon. As such, you will need to make an online reservation.

Interested in visiting other amusement parks in Korea? Click Here to read about what you can do at Lotte World!

What is Aegyo? Cute or Weird? 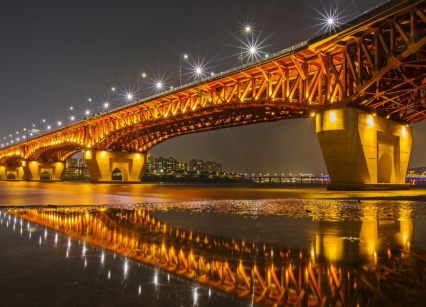