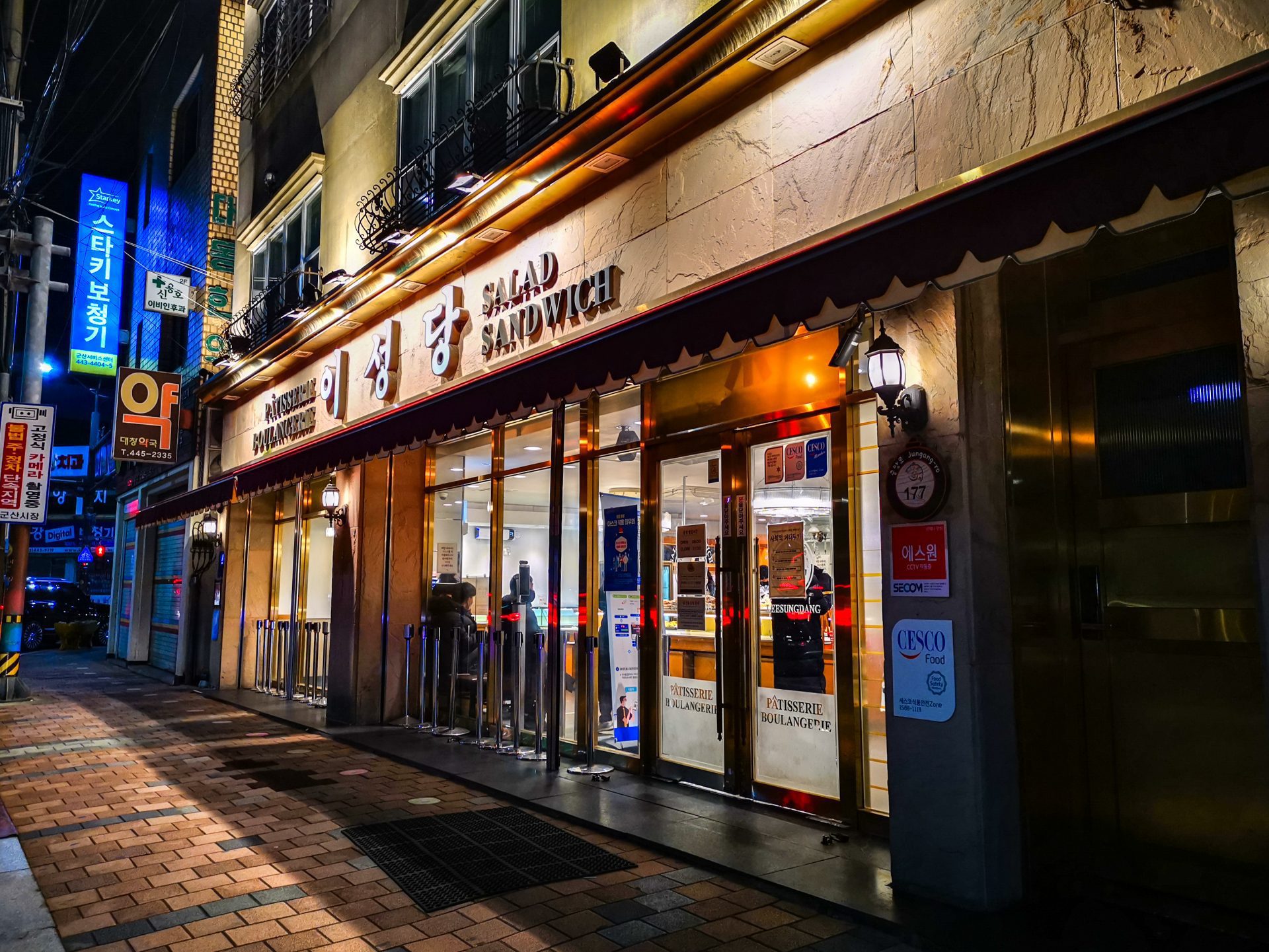 Lee Sung Dang is the oldest bakery in South Korea. Which has a great history behind. Since it was reborned in 1945 as a bakery that every Korean can freely enjoy. While in the past, it was considered a luxury. Due to the Japanese colonial rule.

Although this branch has 5 bakeries ㅡ in Seoul, Cheonan and Gyeonggi-do ㅡ, the one that is located in Gunsan is the most popular one. Since it was where it was originated.

Now, let us introduce you in depth about this place that you should visit In Gunsan!

In the 1910s and 1920s, a Japanese man named Hirose Yastaro (広瀬安太郎) ㅡ who lived in Izumi, Shimane Prefecture in Japan ㅡ moved to Joseon in 1906. To avoid his son’s military service. And opened his business under the name of ‘Izumoya’ (出雲屋), a bakery.

This bakery was a luxury. Since high-ranking Japanese officials were the only ones to enjoy the bread that they sell. As Koreans, were not able to share this love for bread. In other words, bakeries were mostly exclusive for the Japanese.

However, after the liberation from the Japanese colonial rule, the Hirose family left the shops and all the baking equipment behind. And returned home.

In 1945, a man named Lee Seok-Woo (이석우) took their place. By collecting money to run the business. That is the reason to why the name is ‘Lee Sung Dang’.

Initially, he sold simple snacks. But after recruiting a baker named Song, he began to make and sell bread. Turning this bakery in to what it is right now.

By knowing this part of the history, it is understandable why it is so popular. Although it reminds a bit of the painful past, it shows how the reality had changed compared to back then, as well. While in the old times they could not have this type of luxury, now, they can freely consume bread.

The sell vast of desserts. Such as bread, donuts, cookies and cake! Plus they sell some sets. Which are perfect for gifts.

In addition, they have an area where you can order drinks. Like coffee, latte, etc.

As for the prices, it is pretty cheap! Taking in consideration that this place, Lee Sung Dang, it is the oldest bakery in South Korea. Which means that it has value due to the history that it has.

You can take as an example my receipt. None of the breads I got go over ₩2000.

You can read the whole menu here.

As expected, the popularity of this bakery is insane. Therefore, you might have to do a long line to get in. No matter at which hour you go.

Customers can wait hours just to get in. Because of this, you need to have already on mind what you want to take with you. Since there is no time to look around. As the line must move fast.

In other words, if you forgot to take one bread you wanted, it is quite difficult to try and get it. Since it gets crowded. To the point of not being able to go back. Let alone taking pictures.

I thought I was lucky when I first got in. Since there was no line. But as soon as I was inside, lots of people started coming in. Making it difficult to walk around.

Despite that, it is worth coming. As it is a place with history. And now, a major tourist spot of Gunsan.

Not only do they sell bread. But also cookies, cake and some traditional desserts from Korea!

As we mentioned before, they also sell drinks. Since there is an area where you can order coffee. Or any drink that you would like to accompany your bread.

They have many sets. Which are a great gift to bring to your family and friends after the trip.

When you order, they give you out your food in this bag. Which is quite pretty.

Due to that, I decided to keep it as a souvenir. Since Lee Sung Dang has value for being the oldest bakery in South Korea.

Plus it has all the information on each bakery of this branch. Since there are more than the one in Gunsan. Although the most popular one is of course the branch of this city.

Each of the breads are put in to a plastic bag. Which also has the logo on it.

This bread was fantastic to eat as dinner. Since it is quite filling. Meaning that with two of these, you can definitely start feeling full. Or you can even get more hungry as how delicious it is!

There is plenty of cabbage, onions, carrots and pork on the inside. Which are marinated in mayonnaise and pepper. It sounds pretty good, right?

I saw lots of people with some of these in their trays. That is why I decided to get it as well. Now, I can understand the reason of it.

This was a great deal! Since only for ₩1200, you get two delicious mochi!

These were really soft. Because of that, I could not stop pressing them between my fingers. It feels quite satisfying to do it.

As for the flavor, it was filled with red bean. And the chewy texture was really good.

Among all the bread I bought, this one was my favorite! Because of its crunchy texture. Which makes it satisfying to munch it. On the other hand, it leaves a lot of crumbs. So it is better to eat at home in a plate.

As mentioned before, it is filled with red bean paste. And some walnuts to make it even more crunchy.

It was moderately sweet. So it is a great dessert for those who do not like their bread to be too sugary.

Even though its name it is not choco pie. It seems to be one. Since the texture is similar.

Although it is chocolate flavor, it is not sickly sweet. Because of that, it does not cloy.

The outside was a bit crunchy. While the inside was soft. And that contrast made it addictive to eat.

I thought this one was going to be my least favorite. As it seemed to be greasy for me, at first glance. But it was actually not! The bread had the perfect moist. Plus it was soft.

It was filled with red bean paste only. Which means that it is one of the simplest one from the menu. But that does not mean that it is less tasty. It was good.

Lee Sung Dang is a bakery that every traveler should visit in Gunsan. Since it is the oldest in South Korea. Plus the prices are low-cost.

The greatest thing about it, is to realize that what was a luxury in the past, it is now accessible to anyone. Which shows the great advancement that South Korea had through the years.

If you had already gone, what are your thoughts? Let us know in the comments!