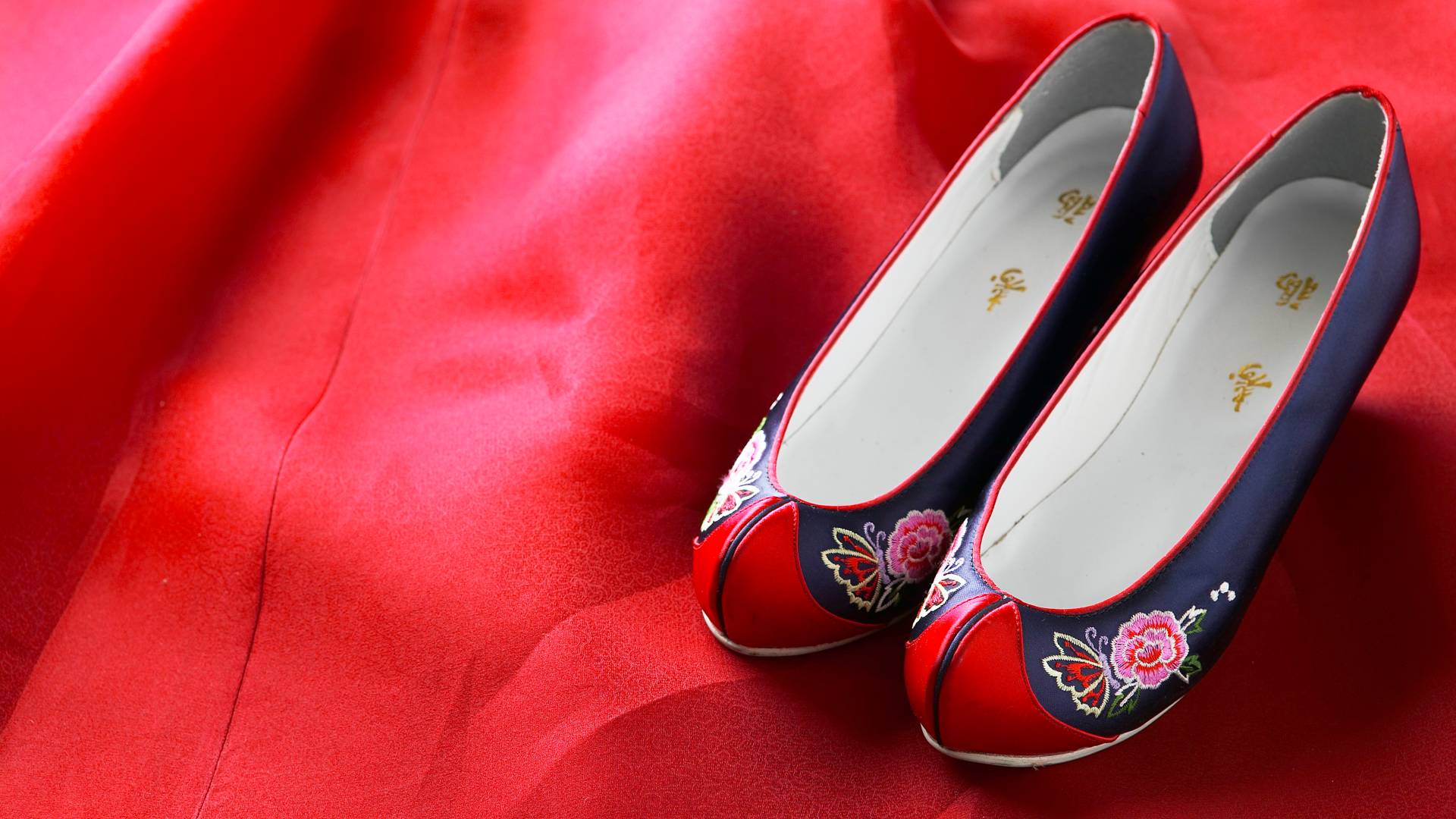 Do you have an interest in Korean culture particularly in their fashion style? One of the unique cultural experiences that you can have in Busan is knowing how to make Hwahye or the Korean traditional shoes.

The term “Hwahye” comes from “Hwa” which is a generic term for any type of footwear while “hye” means a short version of shoes that don’t cover the ankle. Korea’s basic form of shoe developed wayback during the Three Kingdoms era. In the early Joseon era, the court employed about 30 professional shoemakers. However, the shoemaking caste was considered as the lowest possible caste. During that time, there were over 20 different types of Korean traditional shoes and they indicate a person’s status. Moreover, it also varied per person’s age, social class and gender. Members of the elite class usually wear Hwaye while the commoners only use it during especial events such as weddings.

Hwahye are decorated in bright flamboyant colours and patterns. They are traditionally made in either leather, silk or wood. While the rubber version was only introduced during the Japanese colonial period from 1910 to 1945. And in 2004, Korean traditional shoe making was recognized as an important Intangible Cultural Property of Korea.

When we went to Busan we had the prviledge of attending the Korean traditional shoe making class of Ahn Hae-pyo. He is a Hwahyejang or a craftsman of Korean traditional footwear. His gradndfather used to to make Hwahye for noblemen in the 1880s. Then he inherited the traditional shoemaking technique from his father he was 12 years old. It includes not just the skill but also all the tools that his grandfather and father used in the 1920s. Up to this day, he still keeps and uses those tools. Carrying his family legacy, master shoemaker Ahn Hae-pyo was designated Intangible Cultural Property No. 17 of Busan Metropolitan City by Korea’s Cultural Heritage Association.

Ahn Hae-ypo aims to preserve the Korean traditional shoe making technique and pass it down also to the next generation In fact, his son, is continuin the family’s tradition and their mission to make Hwahye more accessible to the public. We met them at the Intangible Cultural Heritage Holder Training Center of Busan Traditional Arts Center when we attended the shoe making worshop.

How to Make Korean Traditional Shoes

Actually, the process of creating Korean traditional shoes involves up to 72 individual processes. One of the most important part of it is the stitching which uses needle made from a boar bristle. Furthermore, it also uses quality materials and such as silk, leather, wood or rubber. But for the purpose of learning the craft easily, we only use special colorful papers in making the shoes.

The first step is to cut the special paper by tracing the pattern in it. To make a pair of Hwahye, we cut two patterns from papers of similar design.

Next is we used a tape to connect the tow ends of the paper that we cut using the provided pattern.

Then we put the soles using s very sticky glue to form the shoes.

And lastly, we a cloth-like paper material to intact the sides of the shoes.

After the workshop, we had a chance to take pictures with the master shoemaker himself.

He also chose the best pair of shoes made during the workshop and gave a special gift to the winner. Aside from the unique cultural experience, the Korean traditional shoes that we handcrafted served as our souvenir as well.

If you are looking for simple itineraries and guides to help you plan your trip to Busan, Korea, you may refer to the sample below: