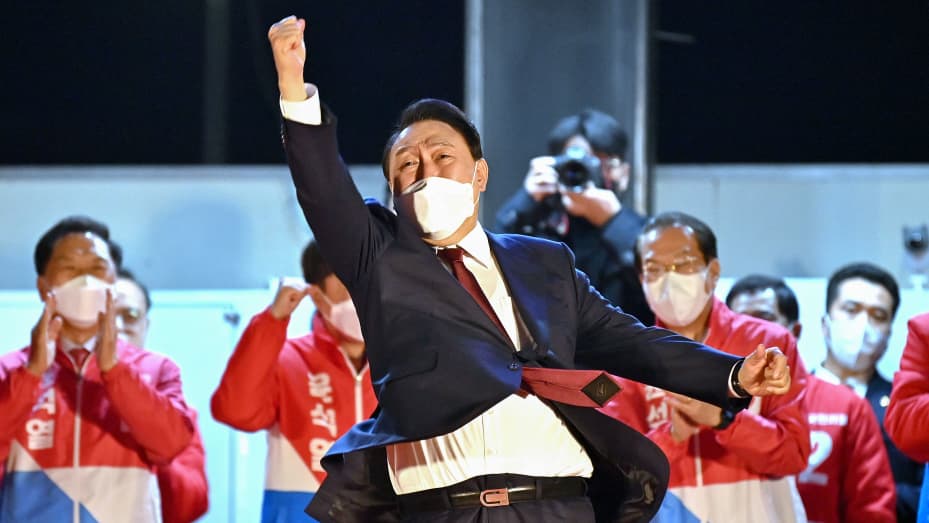 Foreigners don’t have much in the way of voting power, especially when it comes to Korean presidential elections. However, the results affect our daily lives in a significant way. Our ability to immigrate and thrive in this beautiful country we call home depends a lot on politics. And so, this article will take a look at the historical 2022 South Korean presidential election and how foreigners living here reacted to the results.

This article about foreigners’ reactions to South Korea’s 2022 presidential election. Its results are based on information I gathered on social media and through articles. It is not based on my personal opinion. Instead, I wrote this article hoping that foreigners like us can have a grasp on what is going on in this beautiful country that we call home.

The 2022 Korean presidential election can only be described as historical. It is an election that was won by the closest margin in South Korea’s history. People Power Party’s Yoon Suk-Yeol went head to head with Lee Jae-Myung of the Democratic Pary of Korea. While neither side agreed on much during the campaign, one thing can be sure – both sides played dirty.

Yoon Suk-Yeol (Korean: 윤석열; Hanja: 尹錫悅, born December 18, 1960) is relatively new to politics. He was previously an attorney and former public prosecutor who served as Prosecutor General of South Korea from 2019 to 2021 under President Moon Jae-in.

His main approach to policy, as Nam Hyun-woo of KoreaTimes wrote, is “to rebuild the nation based on justice and common sense and open an era of national unity. He also vowed to strengthen democracy and fight corruption to get the nation back on what he called the right track”.

Yoon Suk-Yeol has outlined hundreds of policies in his campaign pledges. You can Click Here to see the full list. Candidates have yet to make immigration policies a major part of their campaign platforms. However, I will outline some of his policies that are likely to have the greatest effect on Foreigners.

Yoon Suk-Yeol would like to establish a special branch of the government to deal with overseas Koreans’ issues.

First, as seen on Tiktok, a lot of expats in Korea were impressed with the way Korean news channels displayed the vote count. They were very clever and creative in creating a K-pop dance animation with funny animated characters representing the top two candidates in the election. They definitely cleared some of the tension we all had while waiting to see who won the election.

Second, when the People Power party’s Yoon Suk-Yeol won the election, some people expressed their concern. Mainly, concerns about the future of foreigners in Korea. While campaigning for president, he uploaded a post that caused a lot of concern for foreigners living in Korea.

Many foreigners pointed to his statement as an example of xenophobia, anti-Chinese, and anti-Immigrant sentiment. Meanwhile, Some foreigners defend Yoon Suk-Yeol. Many believe that the proposed regulations are acceptable.

Interested in learning more about South Korean politics? Click Here to read all about Korea’s complex take on feminism.